THE FLATS – Junior shortstop Luke Waddell was voted as the team’s captain for the 2020, Georgia Tech baseball announced on Wednesday.

The 2019 Brooks Wallace Shortstop of the Year semifinalist is the first solo captain to earn the team’s vote since 1991 when Georgia Tech Hall of Famer Doug Creek earned the honor. Since entering the Atlantic Coast Conference in 1980, only three Yellow Jackets have earned the solo honor prior to Waddell.

The Loveland, Ohio native is coming off a breakout season as a draft-eligible sophomore that heard his named called by the Arizona Diamondbacks in the 32nd Round of the MLB Draft, but chose to remain at Tech for his junior campaign. Last season, Waddell improved his hitting by almost 40 points, becoming one of six Jackets to hit .300, finishing at .322 for the season. He recorded 75 hits, 12 doubles, two triples and two home runs for 34 RBI, scoring 57 times himself. 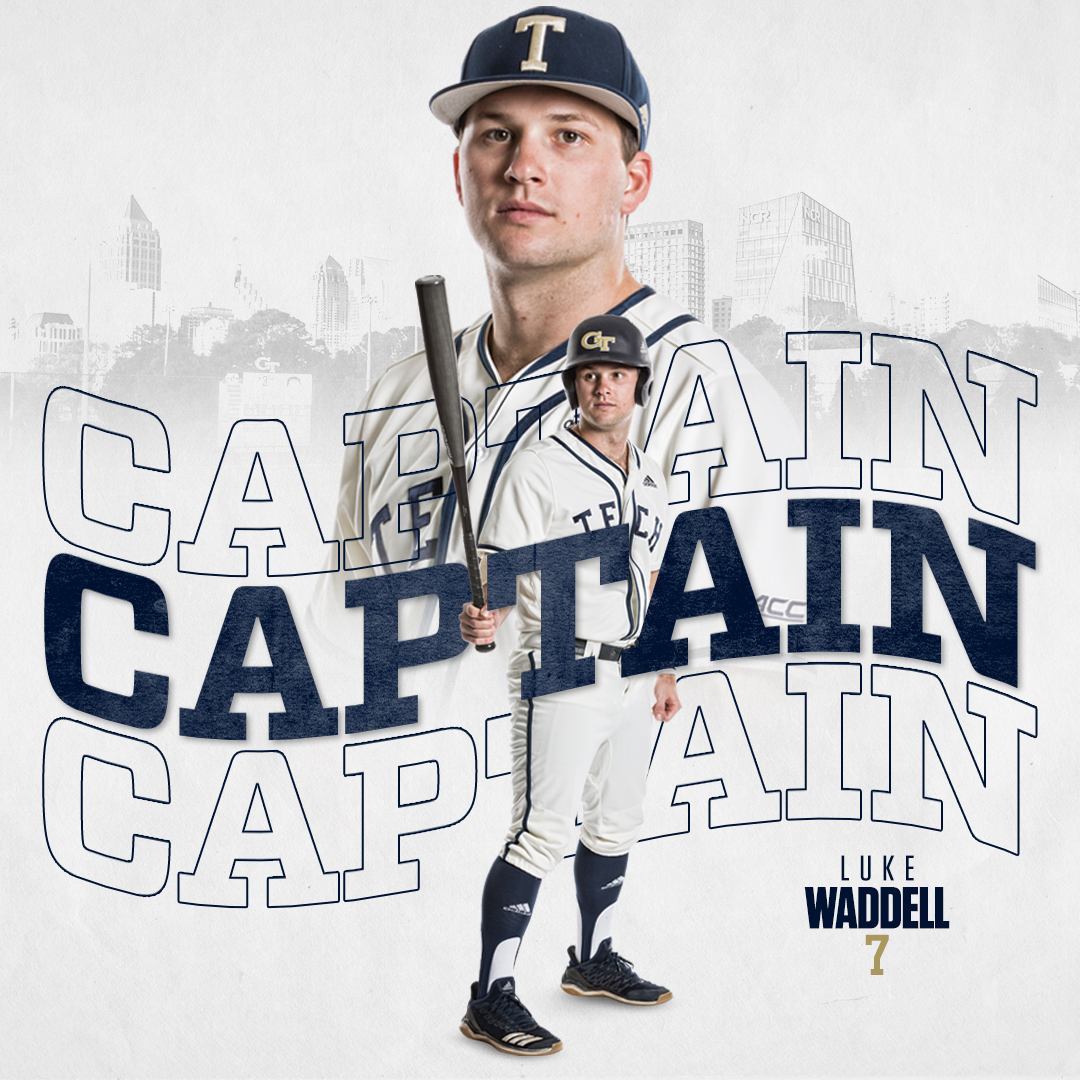 One of the best table-setters in college baseball, Waddell was the third-toughest to strikeout in the ACC, averaging 10.6 at-bats per strikeout and striking out in back-to-back games just twice all year. He also reached base in a team-best 39-consecutive games to finish the season.

No. 19 Georgia Tech baseball kicks of its 2020 regular season this week as it plays host to the Atlanta Challenge, welcoming in St. Peter’s (Feb. 14), Cincinnati (Feb. 15) and St. John’s (Feb. 16) at Russ Chandler Stadium. First pitch on Friday is scheduled for 4 p.m. and will be broadcast live on ACC Network Extra.

A host of ticketing options remain available for Georgia Tech’s 2020 regular season at ramblinwreck.com. Just seven days from Opening Day, the Yellow Jackets are offering single-game tickets and two highly popular packages – Six-Game Mini-Plan and Baseball Flex Pack – that allow fans greater flexibility in attending games at three-time Field of the Year Russ Chandler Stadium. Season tickets also remain available and are the only way to guarantee the best seats in the house for all 33 home games, while providing benefits such as postseason priority ticketing and special discounts for friends and family.