The Golden Spikes Award is one of college baseball’s highest honors and is given annually to the top amateur baseball player in the country. He is the 10th Yellow Jacket selection since 2009 on its preseason watch list, joining Derek Dietrich, Kevin Jacob, Deck McGuire, Jed Bradley, Buck Farmer, Kel Johnson, Joey Bart and Tristin English. 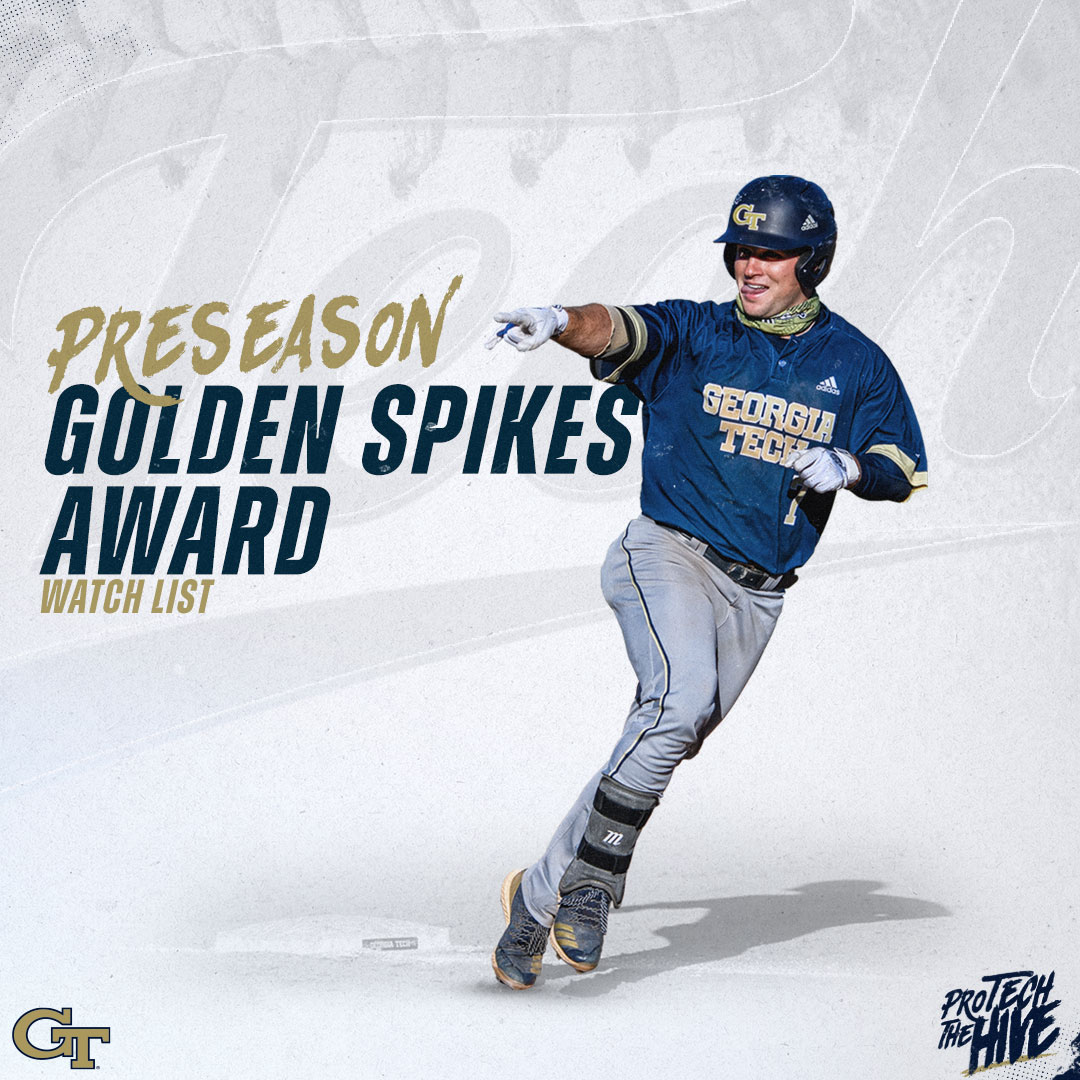 Named a second-team preseason all-American earlier this season, Waddell is coming off another stellar year as one of the nation’s best middle infielders and table setters. The Loveland, Ohio native hit .300 through 16 games last season, recording 18 hits, including four extra-base knocks, for nine RBI, while also drawing seven walks to average a .419 on-base percentage during his junior campaign. In addition to his play on the field, which garnered him a semifinalist for shortstop of the year nationally, Waddell was also named an academic all-American in 2020.

Over the last two seasons, Waddell has an .432 on-base percentage, a 10:1 at-bat-to-strikeout ratio and recorded a team-long 39-game on-base streak.

The 15th-ranked Yellow Jackets return to the field for Opening Weekend against Eastern Kentucky on Feb. 19-21. First pitch on Friday is set for 2 p.m. and will be broadcast live on ACC Network Extra and WREK 91.1 FM.