#BestofGT:  No. 8 Georgia Tech defended its Atlantic Coast Conference Championship in record fashion at the Old North State Club, and captured its 18th all-time conference title in men’s golf. In the process, Tech broke its own tournament scoring record by posting a 37-under-par total of 827, eclipsing the 33-under-par 831 by the 2011 Jackets’ team.

When the Yellow Jackets won their first ACC Championship in 1985, Wake Forest had already won 18. Tech pulled even with the Demon Deacons on Sunday with 18 championships, won for the 13th time under head coach Bruce Heppler and for the 12th time at the Old North State Club. Heppler’s 13 titles alone would rank second among schools, and he ranks No. 2 among coaches behind Wake’s Jesse Haddock, who coached 15 of the Deacons’ 18 championships.

With a comfortable 17-shot lead to start the final round, Georgia Tech played even-par around the front nine as high winds made scoring difficult. Virginia and No. 3 Wake Forest, playing in the groups ahead of the Yellow Jackets, crept within 10 strokes with strong starts. But Tech came home in 7-under-par 281, while its playing partners, No. 9 Duke and No. 29 Florida State closed out with 1-over-par rounds of 289.

Final Round in Photos 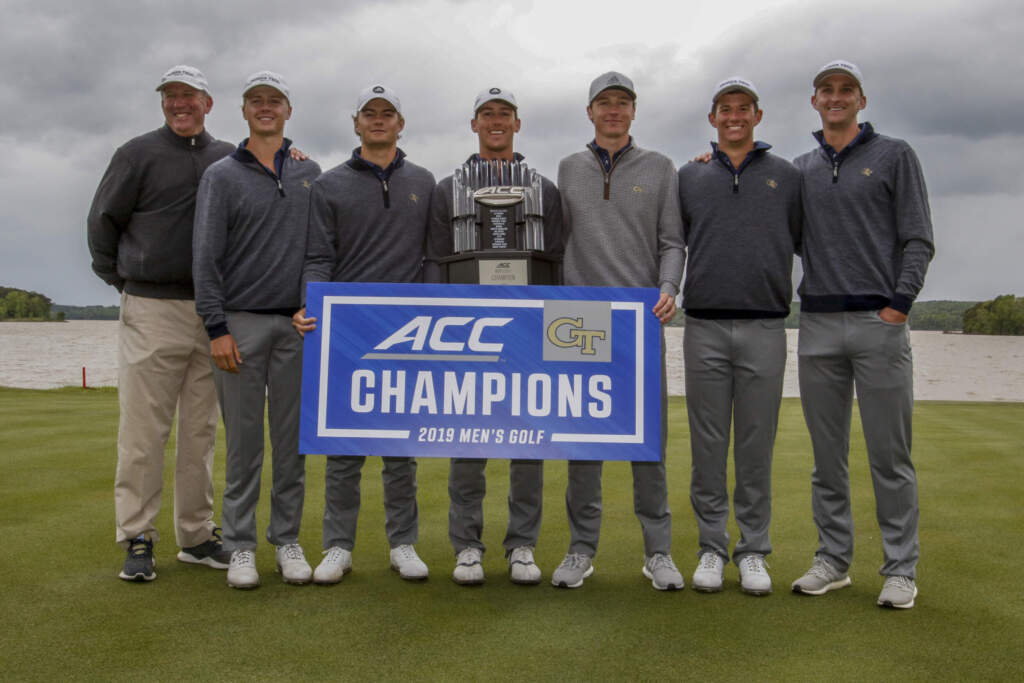 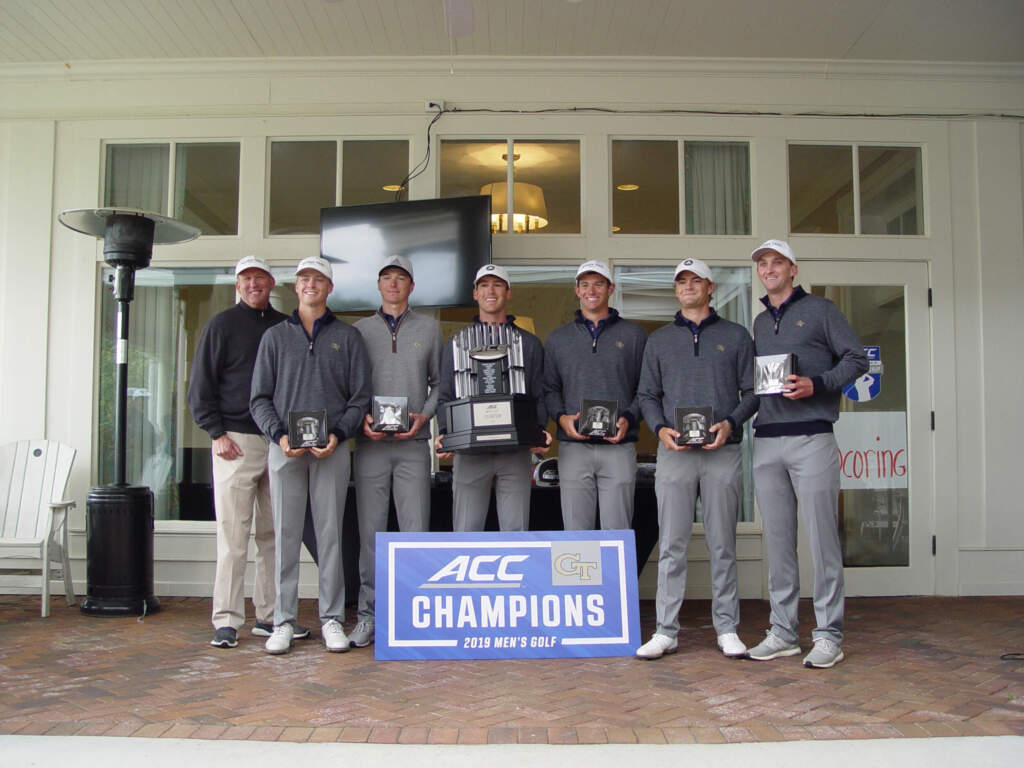 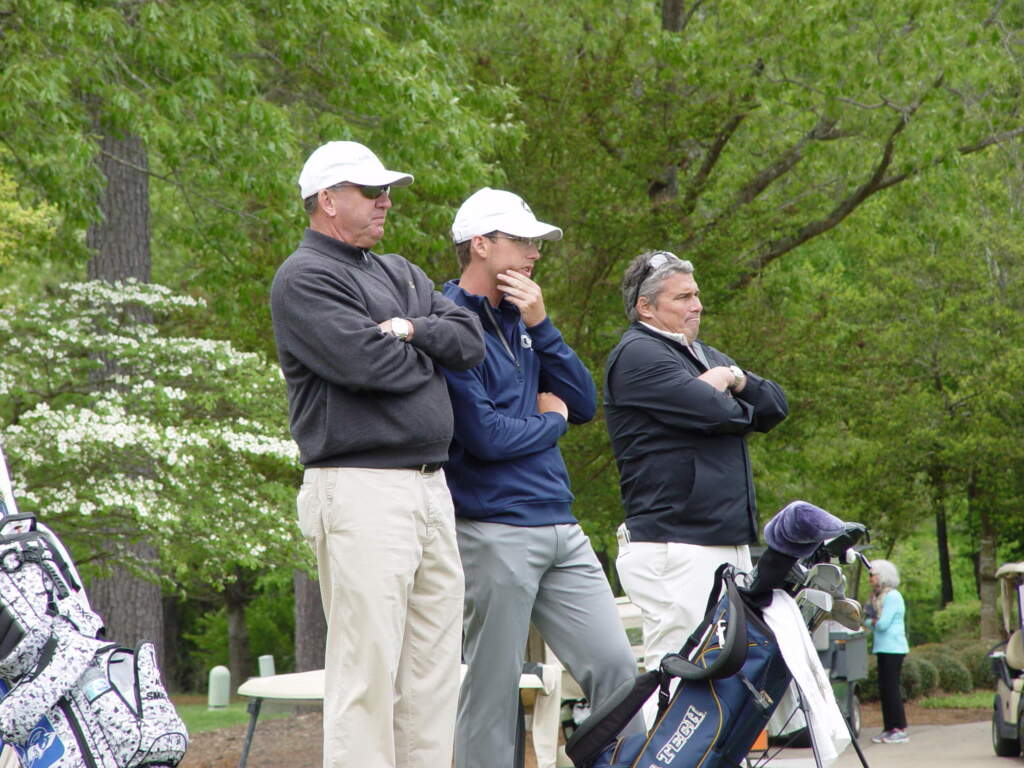 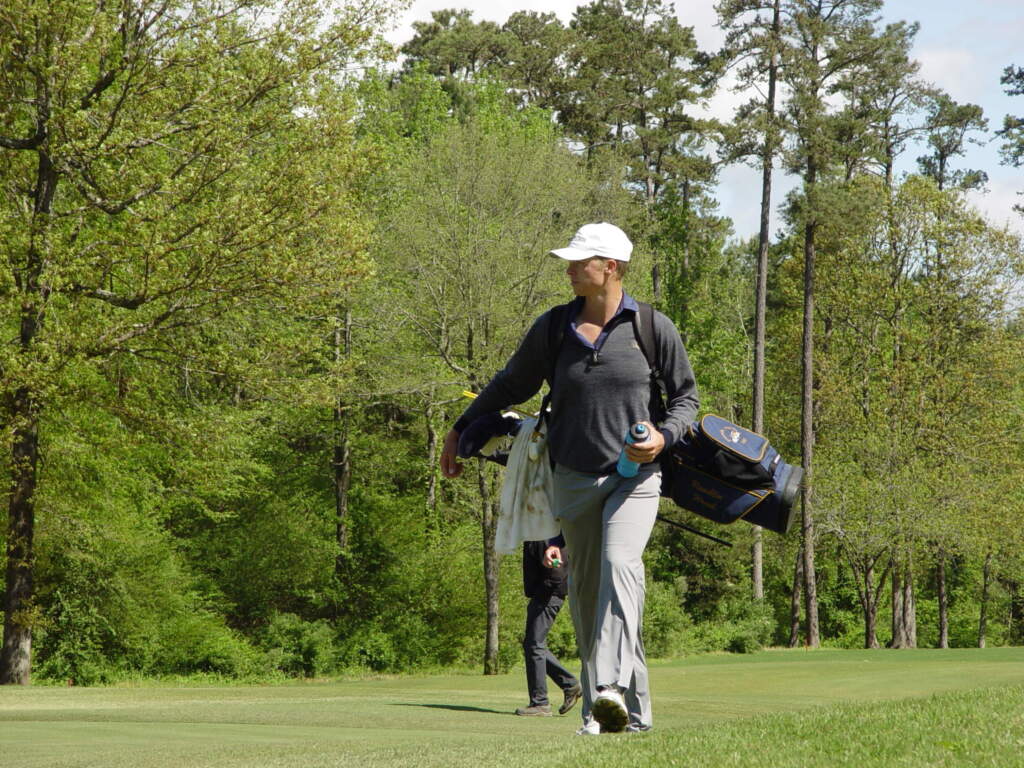 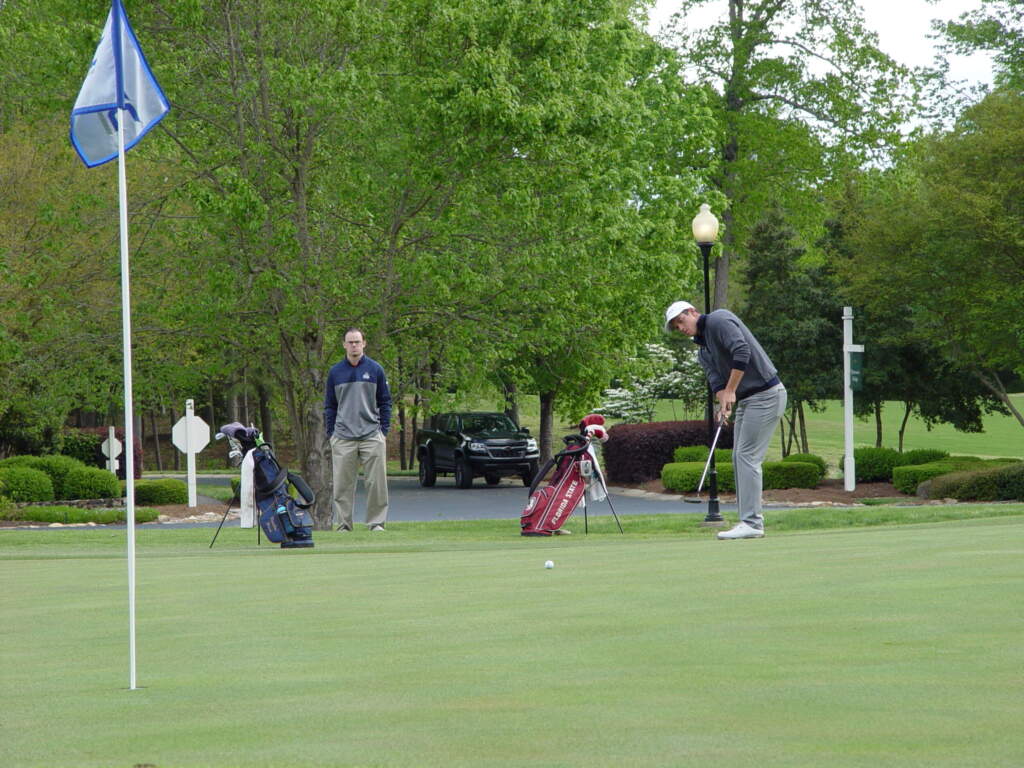 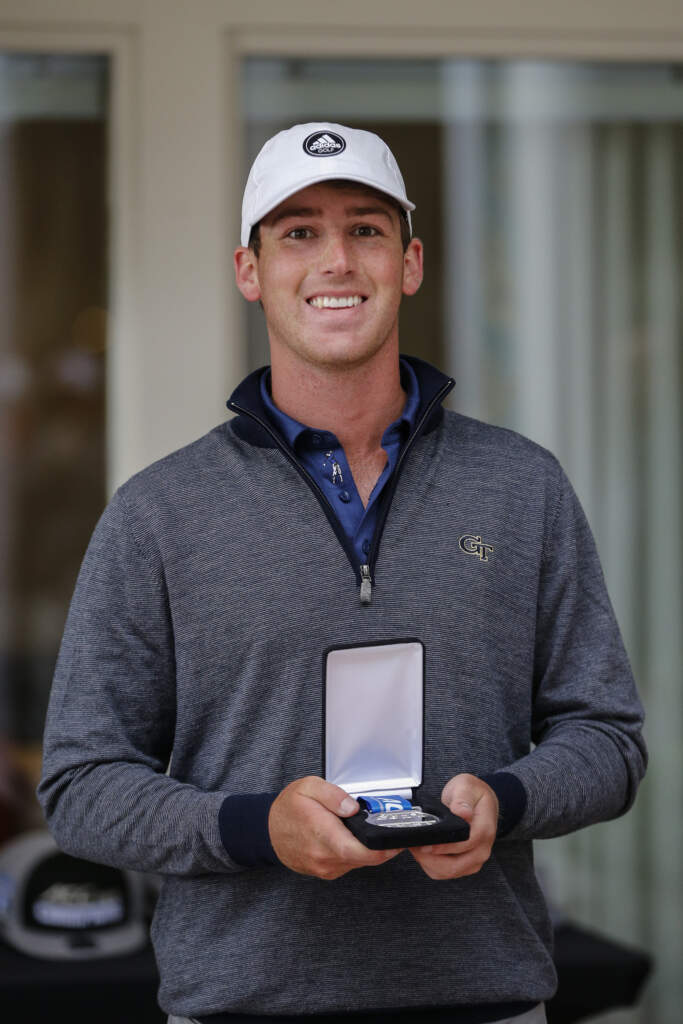 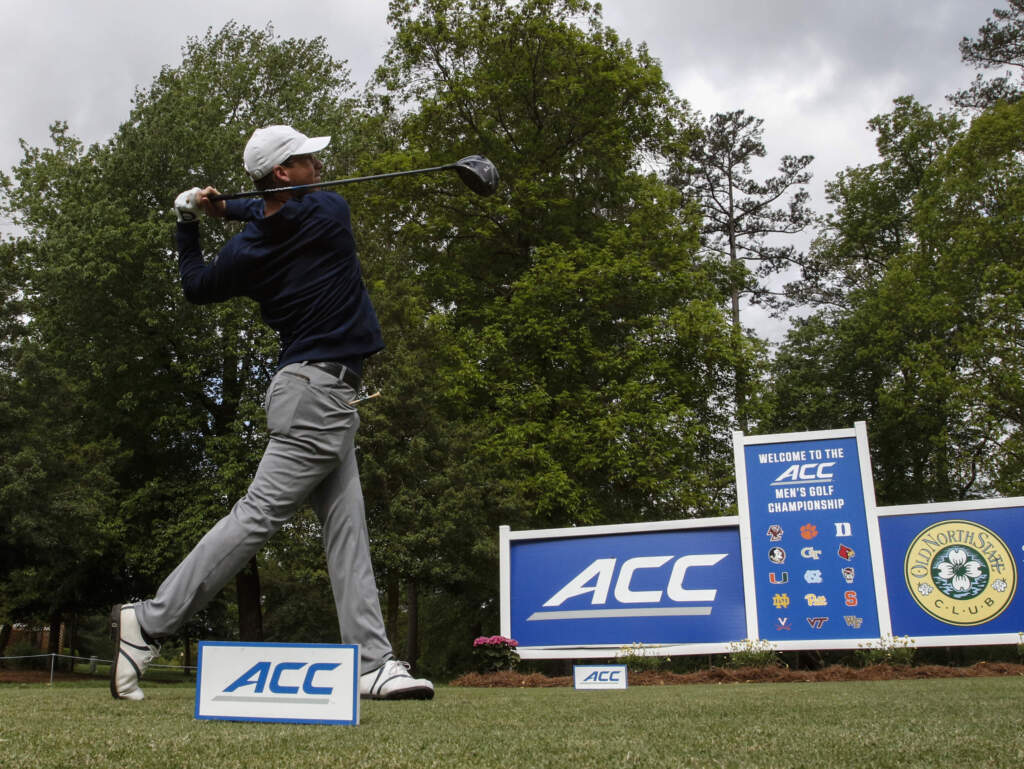 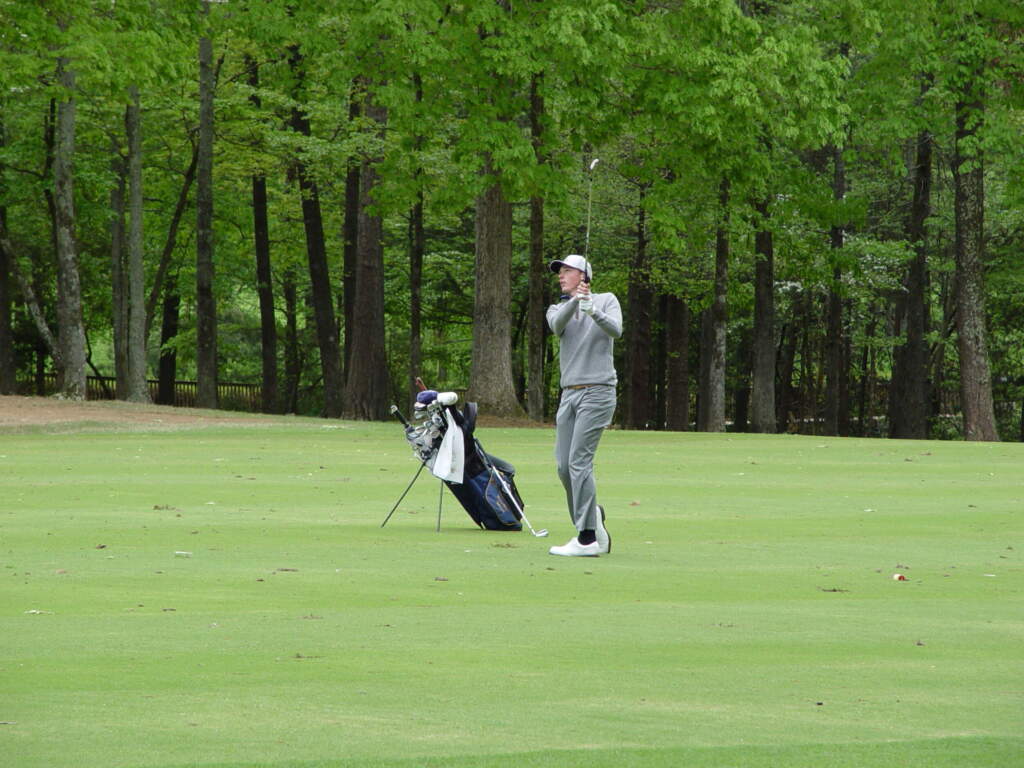 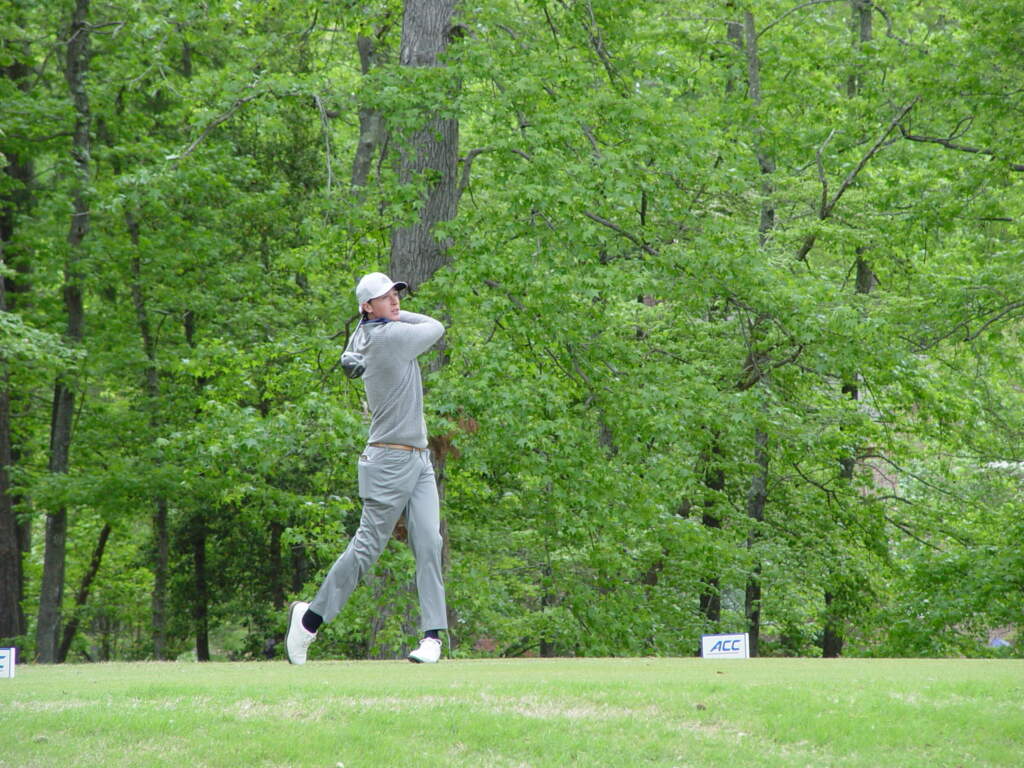 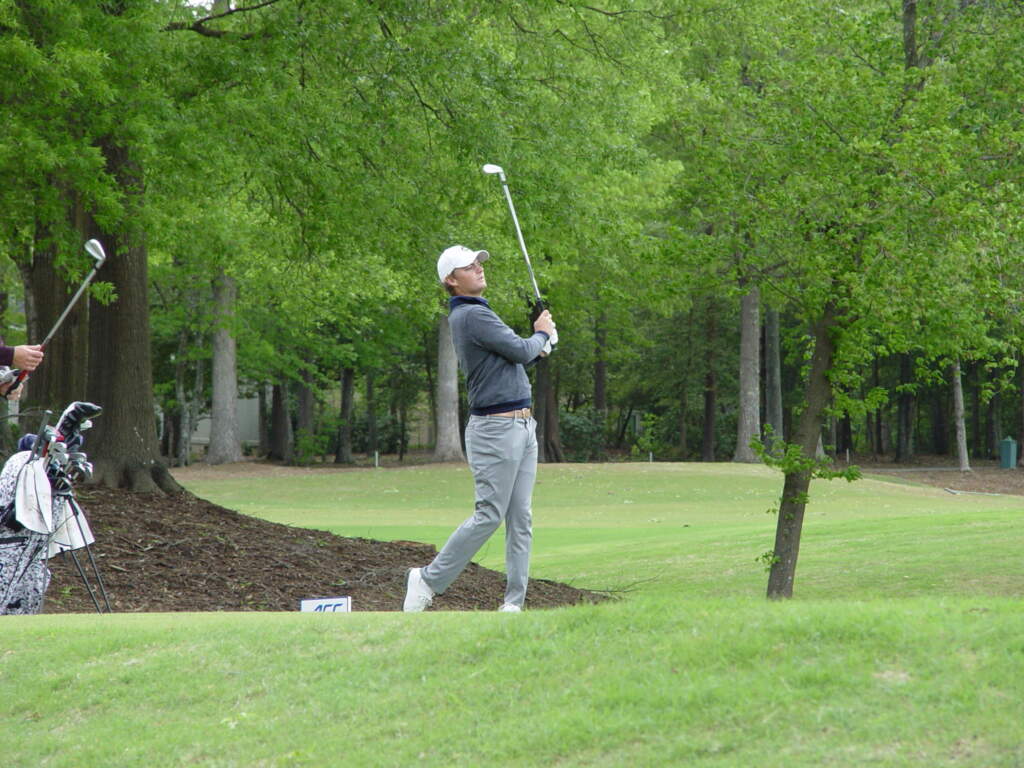 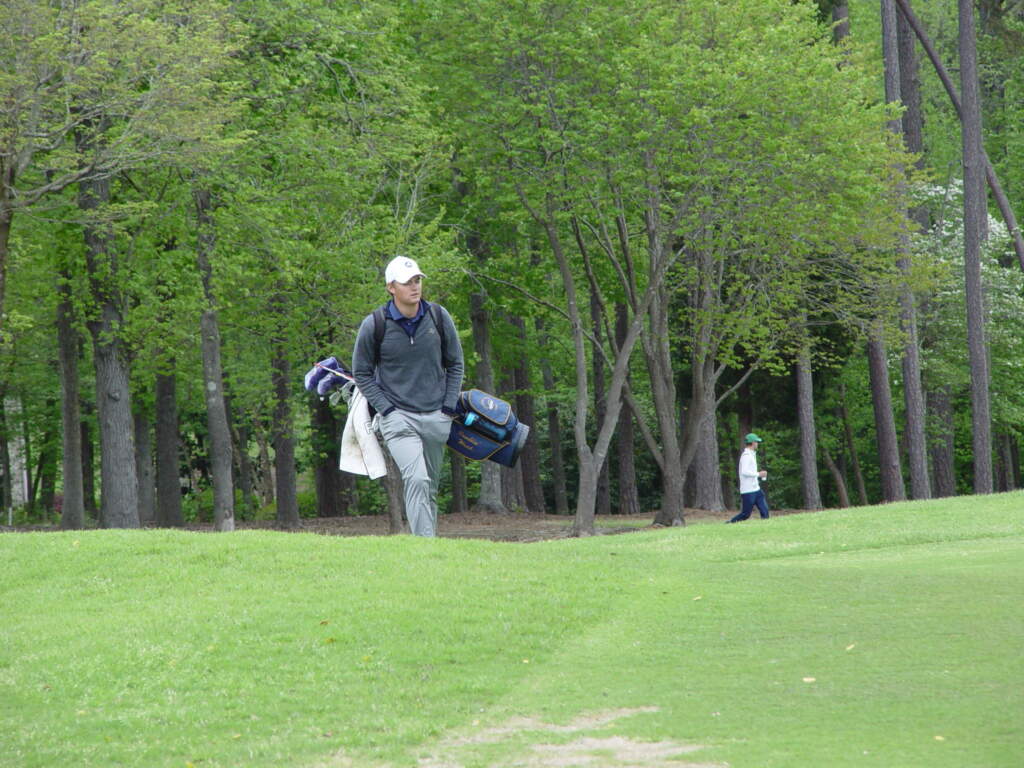