#TGW: The End Justifies the Mean

THE FLATS – More than any other sport, it’s important to have short memory in baseball. Sometimes, though, that’s easier said than done.

Through the summer, fall and preseason practice, Georgia Tech baseball faced the Herculean task of forgetting the ending to their 2019 season.

The 4-1 loss to Auburn on June 2 in the Atlanta Regional was the official date of the Yellow Jackets’ postseason exit and the end of an amazing season, but, emotionally, that end came one night earlier, when a two-out, three-run, walk-off homer by outfielder Steven Williams on an 0-2 pitch, capped an improbable four-run ninth, in a 6-5 loss that spoiled a heroic effort by ace, Connor Thomas. The Jackets valiantly bounced back to beat Coastal Carolina, 10-8, the next afternoon before running out of gas later that day against the Tigers.

The picture of Williams meeting his teammates at home plate immediately went viral.

It’s an image the Jackets desperately did their best to erase from their history. But there was no way to erase it from the internet, including the hard drives of the Jackets’ coaches. So, when they decided they wanted to fire up the players for a day of individual workouts in January, guess what image appeared for the players to find.

“We always have a little plan for the day. Well, the plan for the day just happened to have a picture of Steven Williams with his helmet off getting ready to hit home plate,” said head coach Danny Hall, who’s beginning his 27th season on the Flats. “That really struck a nerve with most of our guys when they saw that picture on there. So we have ways of reminding them of that. But that was last year and this is a totally new deal coming here.” 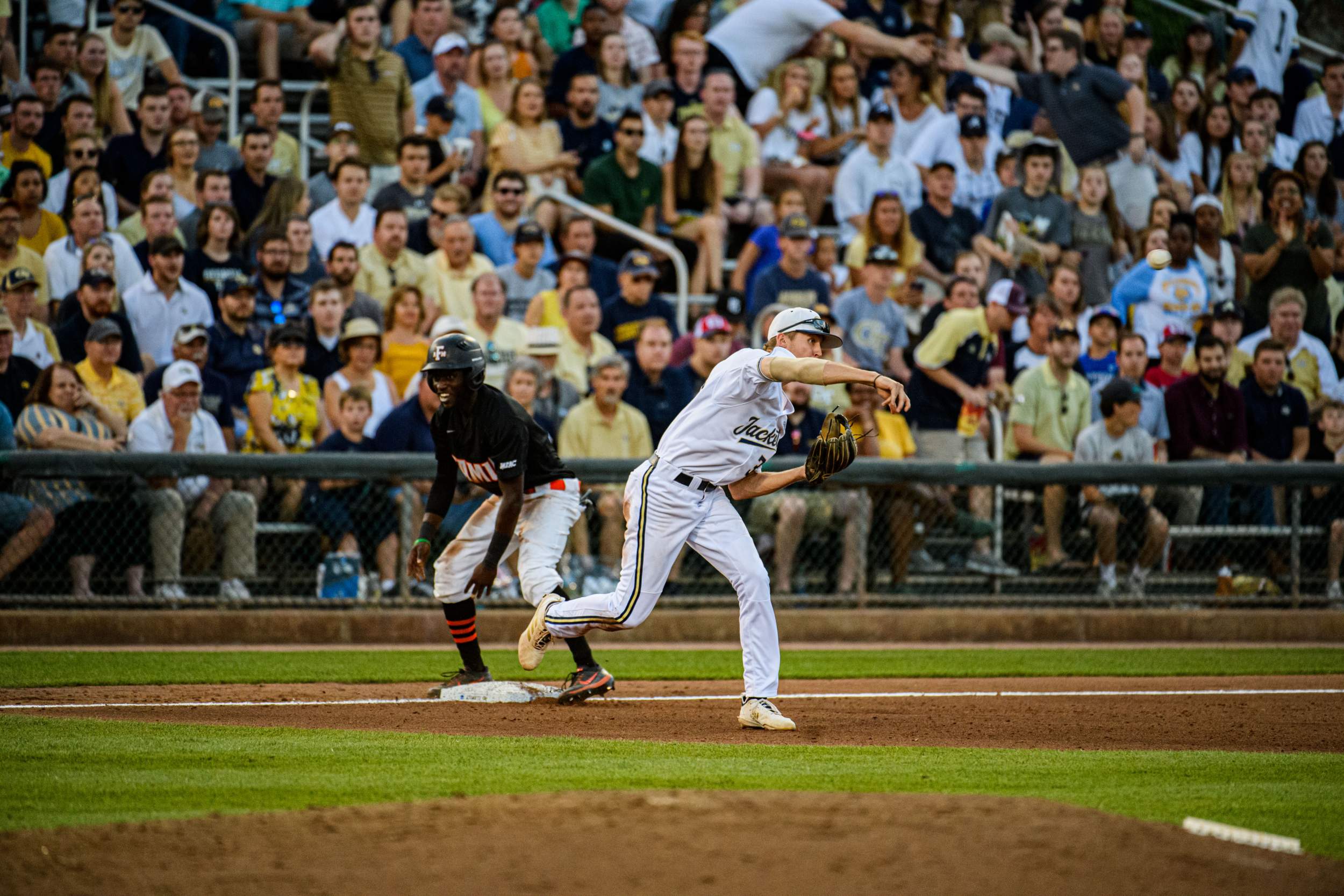 That image had the desired effect.

“I thought about it a lot over the summer, obviously. You think about it and you think of that experience, where you had those crowds for that Regional game,” said junior shortstop Luke Waddell, a 2019 Brooks Wallace Shortstop of the Year finalist, who made only his eighth error of the season to open that nightmarish ninth. “It just makes you want to get back there and then you realize how much work you put in to get there and how hard it was to get there. We won like nine series in a row. That’s tough to do. You try to beat on the guys, ‘We have to work for this. It’s not going to come easy again.’ I see that picture. I hate the picture. I think about that Regional, hosting that Regional. You want to host a Regional again.”

Waddell believes he has taken the grain and left the chaff from last season and there is quite a harvest. The Jackets ended the regular season ranked No. 3 nationally, their first top-10 finish since 2006, won the Coastal Division for the first time since 2011, the same year they’d last hosted a regional and reached the championship game of the ACC Tournament for the first time since 2014.

They have believers, as they were picked No. 19 by D1Baseball, No. 21 by Baseball America and No. 22 by the National Collegiate Baseball Writers Association (NCBWA) and USA Today and were chosen to finish third in the ACC in the preseason coaches’ poll. They know it starts by going 1-0, on Friday night in the season-opener against St. Peter’s at Russ Chandler Stadium. First pitch is at 4 p.m.

While the Jackets lost several key pieces from 2019 – the offense in the middle of the order from Tristin English and Kyle McCann, starting pitchers Thomas, Xzavion Curry and midweek find Amos Willingham, English closing, and the defense behind the plate and in center where Nick Wilhite patrolled – the 2020 squad is focused on the half of the glass that’s full and what’s composing that half – five of eight returning position starters – and what they have trying to refill that other half – the nation’s No. 4 recruiting class.

“We’ve got more position-player depth, we’ve got more arms, we have a new pitching coach that I am extremely high on,” said Hall. “We’re probably going to catch a freshman, with Cam Turley and another freshman (Jake Holland) battling for some playing time. To replace those two guys in the middle of the order, will be extremely difficult. It’s going to have to be more of a team effort.

“Nick Wilhite played great for us last year. We kind of feel like we’ll get (Michael) Guldberg back to where he can play in the outfield. Then you’ve got Colin (Hall) and Baron (Radcliff) back in there,” he continued. “So I feel like defensively, catching is a huge position but our catchers have worked real hard. We’ll probably play Colin and Guldberg (in center). There’s a freshman, Tres Gonzalez, that will see time there. We still don’t know the wear and tear of playing every day on Michael Guldberg, like is his shoulder going to hold up? If it stays a concern, then we would probably play Colin in center more. Then Gonzalez is very good as well. So I still think we’ll be good out there defensively.” 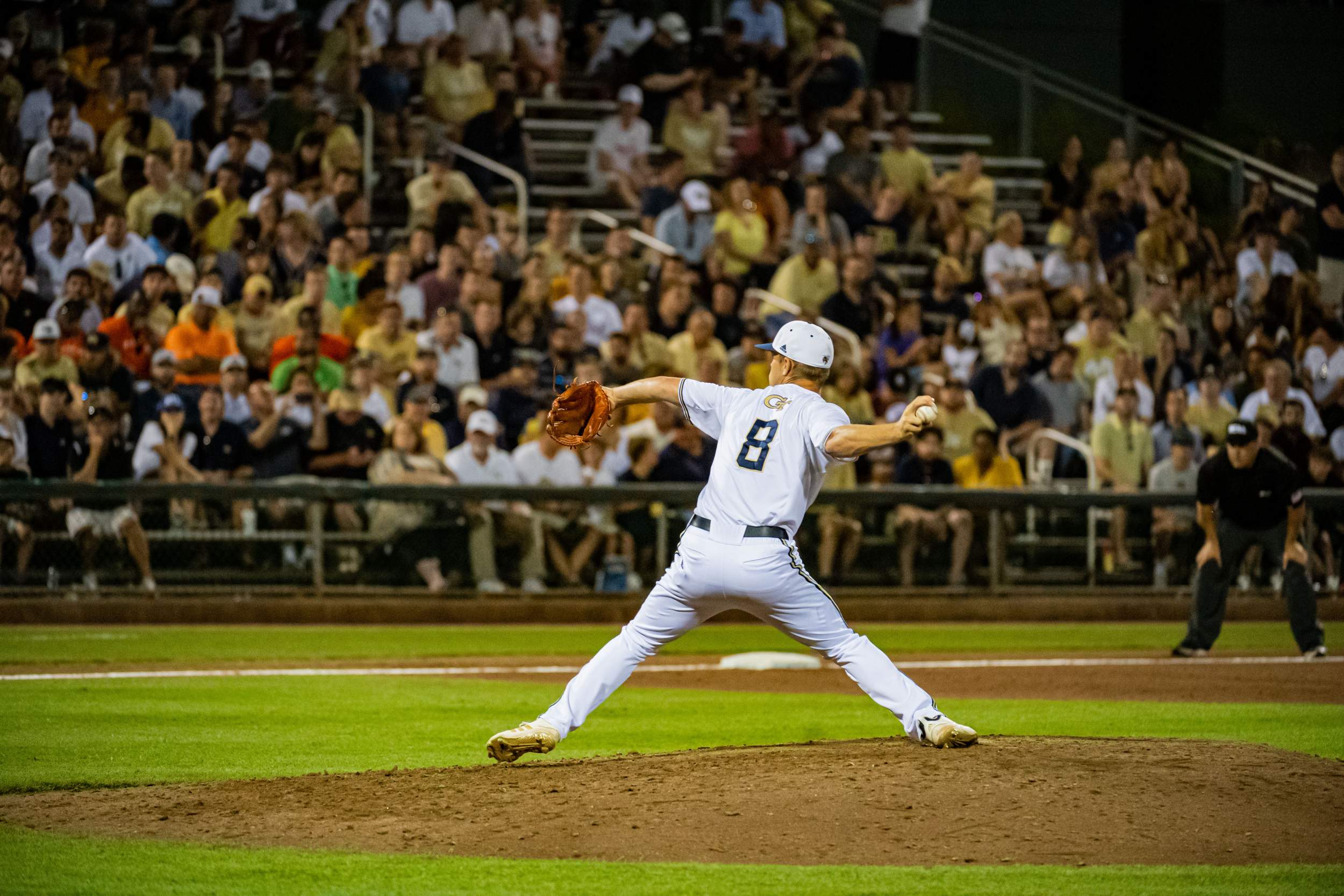 “We have more choices on the mound than we’ve had. What we lack is the experienced guy,” Hall said. “(Cort) Roedig came on and threw really well for us last year, (Jonathan) Hughes has thrown great this fall and is way better now than he was at any point last year, getting (Andy) Archer back will help us. Then you’ve got Luke Bartnicki, who had a great year for us last year. But after those guys then it’s these freshmen or some of the other upperclassmen that maybe didn’t have big roles. This is a team that, from start to finish, should get better every day. We’re young but I’ll never use being young as an excuse. We’ve had a semester to try and get them ready and now they’re going to get thrown into the fire.”

Waddell is excited to see who’ll step up once things heat up. He sees plenty of candidates, especially from the freshman class ranked No. 4 overall by Perfect Game.

“You’ve got a lot of those freshmen who have potential — (Andrew) Jenkins, (Drew) Compton those guys are good,” he said. “I’m really excited top down, (hitting) anywhere in the lineup. There are a lot of guys that have that possibility.”

“Last year is last year. We have a bunch of new guys that are ready to make this year this year,” said Waddell. “There’s a lot of talent there. We have a bunch of freshmen and they’re all competing. They’ve got some bats, power. We lost Tristin and Kyle but these hitters have the same type of power. I’m ready to see what these guys are going to do.”

Coming up just short of a Super Regional hurt. Imagine the hurt of being on the ride but unable to contribute. That haunts Archer, who spent last season rehabbing his elbow and is excited to get back on the mound.

“(It was) Brutal,” he said. “I had to watch the team have a really, really good year and it was good, obviously, to support that but I wanted to be out there too. I grew a lot from that and it meant so much to me to have my teammates, my coaches and my family support me all the way. That’s why being out here now means that much more to me because I had all that support.”

The pitching staff will have a lot to replace – 28 of 43 wins, eight of nine saves and 389.2 of 555 innings. Archer believes in new pitching coach Danny Borrell and the plethora of arms vying for spots.

“Our coaches talk about how competition breeds success. I think that’s totally true,” Archer said. “This is what that next phase of practice is for. It’s healthy competition. There are certainly guys competing for spots, which is fun. You’ll see that intensity because guys want it bad. We have so many good pitchers. It’s exciting. I think it can shake out in a lot of different ways.” 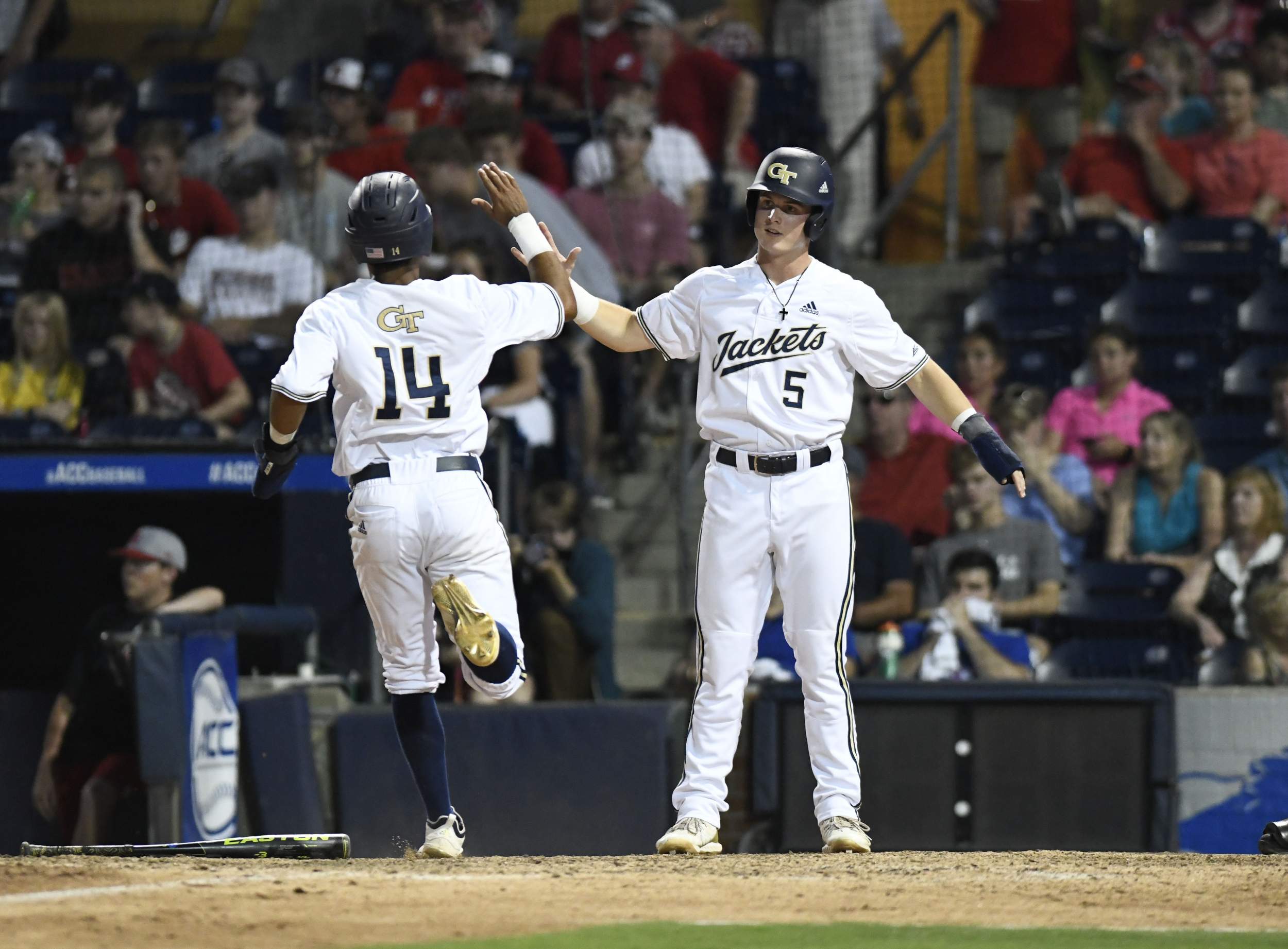 How things shake out will be seen, but Archer sees the staff’s identity already taking shape.

It’s that kind of confidence that’ll drive the Jackets as they leave square one on the long road back to the NCAA Tournament and, ideally, Omaha. It starts Friday night against St. Peter’s at Russ Chandler Stadium. They’ll venture out as one.