Chesson Hadley takes some time from his busy hiatus from PGA Tour golf to chat with Voice of the Jackets Andy Demetra. A native of Raleigh, N.C., Hadley played at Tech from 2006-10, winning the 2010 Atlantic Coast Conference championship in 2010. He earned second-team All-America honors in 2008 and made the All-ACC team twice, and was selected to play for Team USA in the 2008 Palmer Cup.

He has played regularly on the PGA Tour since 2014, and won his only Tour event that season, the Puerto Rico Open. He also won twice on the Korn Ferry Tour, the 2013 Rex Hospital Open and the 2017 LECOM Health Challenge. 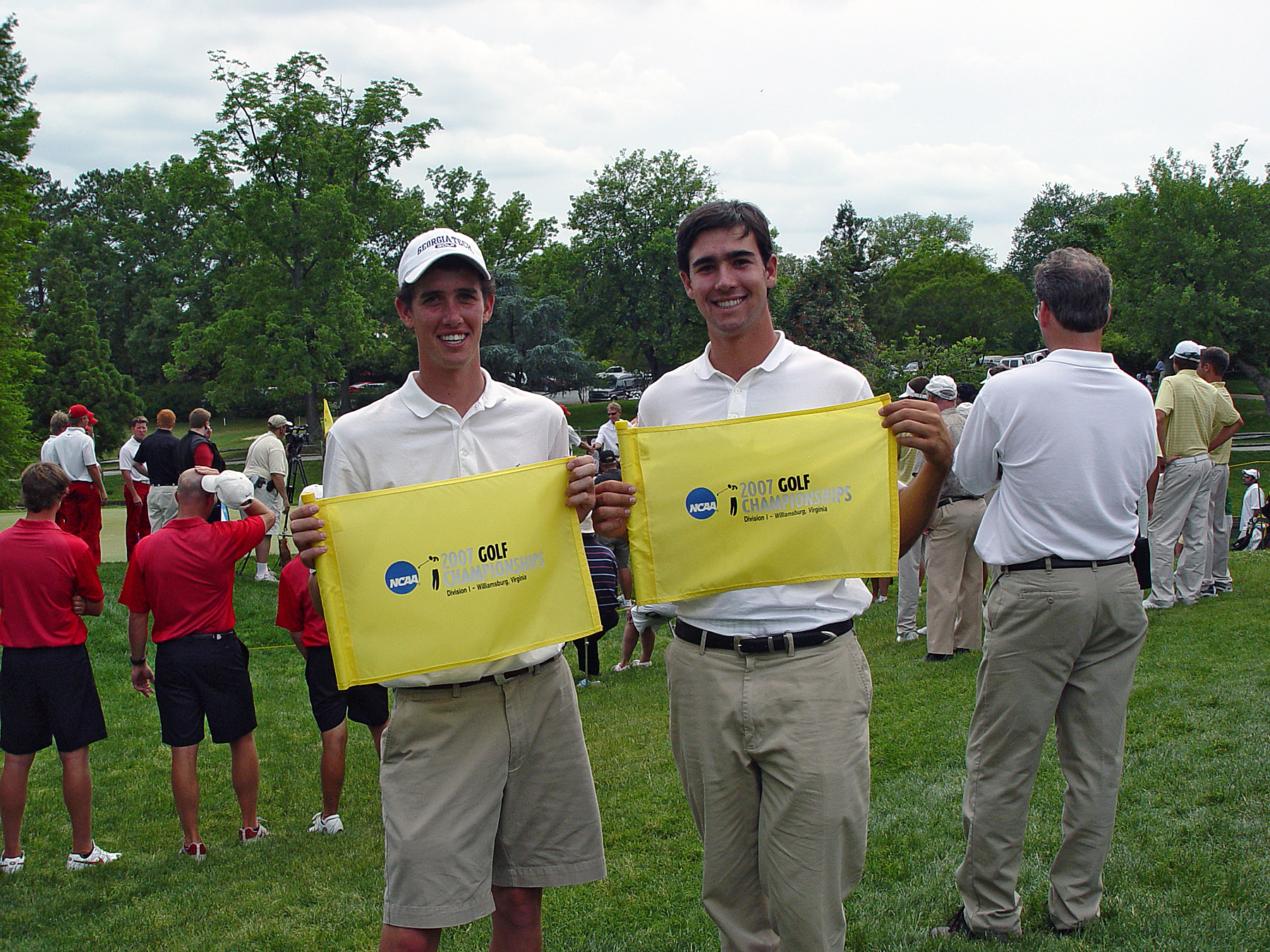 Chesson Hadley (left) and Cameron Tringale both finished among the top 10 individuals at the 2007 NCAA Championship.

Georgia Tech’s golf team has completed 25 years under head coach Bruce Heppler, winning 63 tournaments in his tenure. The Yellow Jackets have won 18 Atlantic Coast Conference Championships, made 29 appearances in the NCAA Championship and been the national runner-up four times. Connect with Georgia Tech Golf on social media by liking their Facebook page, or following on Twitter (@GTGolf) and Instagram. For more information on Tech golf, visit Ramblinwreck.com.