THE FLATS – For the third time overall and second time in the last five years, Georgia Tech’s Russ Chandler Stadium earned the Sports Turf Managers Association “Field of the Year” Award in college baseball for 2019. Home of the reigning ACC Coastal Division Champions, the stadium also earned the recognition in 2008 and 2014.

The award is presented annually by the STMA to collegiate, professional and recreational venues based on playability, appearance and utilization of innovation solutions.

“Congratulations to Chris May and his crew for this well-deserved award,” Georgia Tech director of athletics Todd Stansbury said. “Their talent and dedication to providing our student-athletes with a top-of-the-line playing surface is unrivaled.” 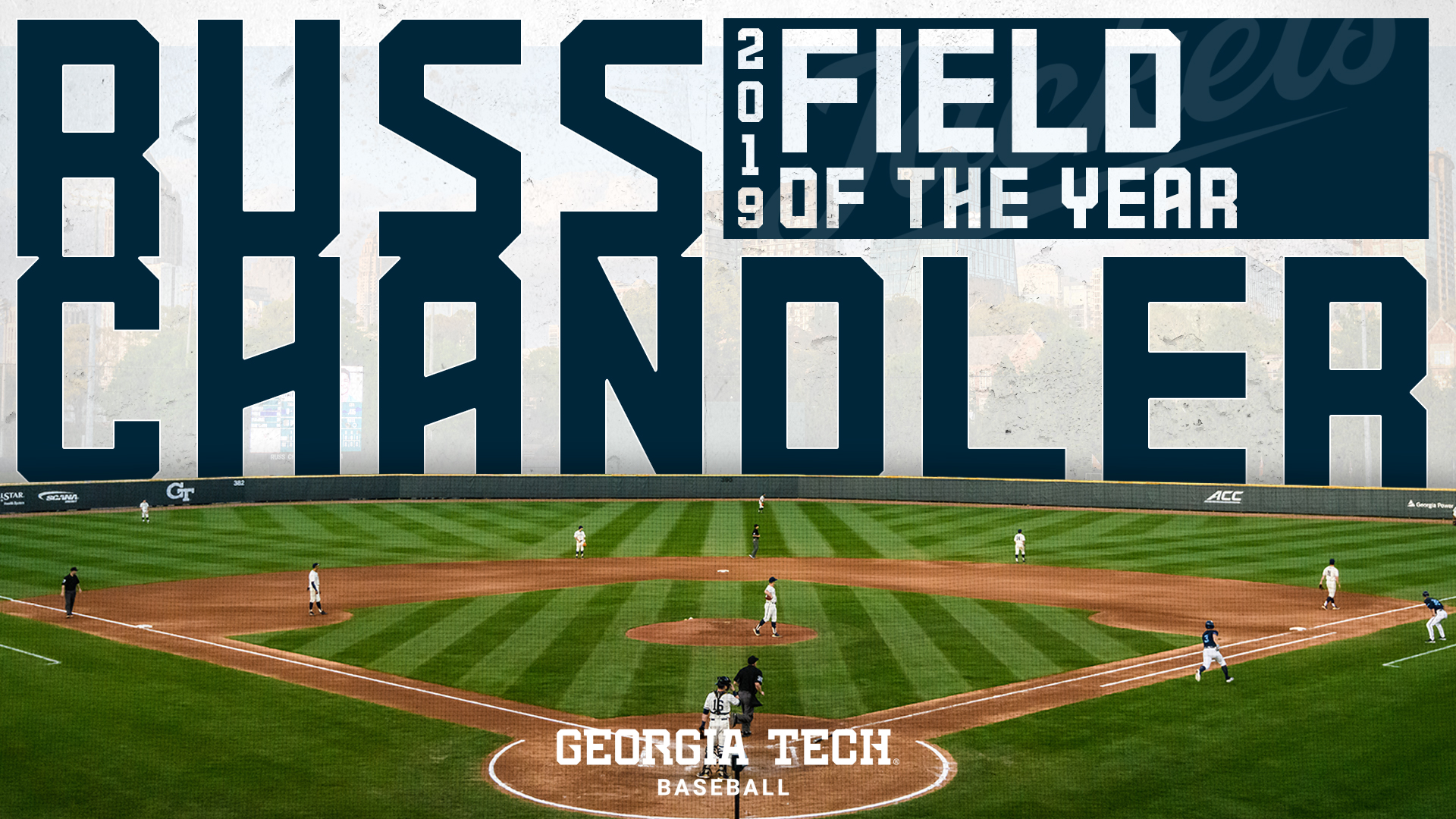 This is the third “Field of the Year” award for Georgia Tech’s director of athletic grounds Chris May, also earning the recognition in 2014 (Russ Chandler) and 2017 (Grant Field at Bobby Dodd Stadium). In addition to May, Russ Chandler Stadium’s field was managed this past year by Chris Conley, Chris Campbell, Mitch Stefan, Nick Daniel and Chad Austin.

Russ Chandler Stadium remains the only baseball facility in the Atlantic Coast Conference to earn the accolade and is the only college baseball field in the country to win the award three times since the honor was established in 1988.

“We take great pride in having the best playing surface in college baseball at Russ Chandler Stadium,” head baseball coach Danny Hall said. “Whether its recruits, other teams or professional baseball players who train here, we receive compliments year-round on our field and it’s a credit to Chris and his staff. They are truly deserving of this honor.”