Radcliff Tabbed as ACC Co-Player of the Week 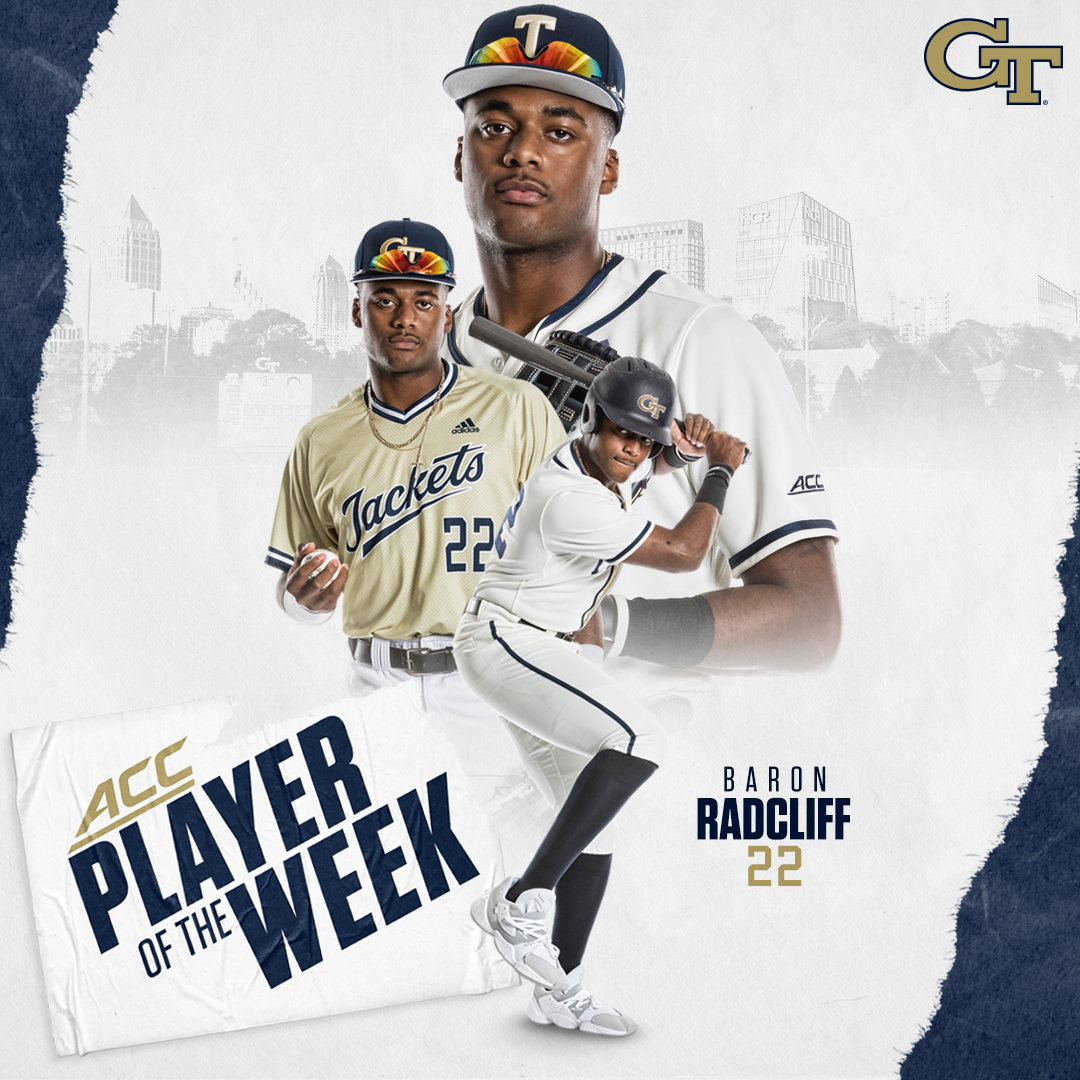 The Norcross, Ga. native hit a key double against Georgia Southern in a come-from-behind victory before racking up two home runs and seven RBI in the sweep over Big Ten defending champion Ohio State. He reached base at a .500 clip, while slugging 1.000.

Radcliff also made stellar play after stellar play in the outfield, including a diving snag in shallow right field that would’ve cost runs had he not been able to make the play.

For the entire week, Radcliff finished hitting .357 with five hits overall as well as a perfect fielding percentage.

The Yellow Jackets remain home for the midweek as they host Gardner-Webb on Tuesday, Feb. 25 at Russ Chandler Stadium, before reigniting Clean, Old-Fashioned Hate on Feb. 28-March 1.