THE FLATS – Behind a 23-point performance from Francesca Pan on Senior Day, Georgia Tech completed the regular season sweep of No. 17/18 Florida State, 65-62, in McCamish Pavilion. Lorela Cubaj posted a double-double and four Yellow Jackets finished in double-figures as Tech improved to 18-10 overall and 9-8 in ACC play.

How It Happened
Tech raced out with a 9-2 lead behind strong defense and efficient shooting, forcing Florida State to burn a timeout early in the first quarter. The Seminoles came out of the break and put together a 15-10 run over the remainder of the period before Lotta-Maj Lahtinen hit a jumper to end the frame for a 19-17 Tech lead after the first. The teams traded baskets back-and-forth in the second quarter before Nicki Ekhomu hit consecutive jumpers to knot the game at 25-25 with 5:39 on the clock. Pan would drop her third three-pointer of the game to return the lead to the Jackets, but FSU quickly answered, closing the half with a 9-2 spurt to hold a 34-30 lead at halftime.

Both teams shot 40.0 percent in the second half, but the Yellow Jackets went 14-for-21 from the free throw line, while limiting the Seminoles to a 5-of-9 effort. Pan paced Tech with 12 second half points to finish with 23 points on the night. FSU led by nine in the third quarter before Pan ignited a 19-2 run spanning the final quarter break to give the Jackets a 55-47 lead with 9:18 left to play. The Seminoles came back to within one point with a minute to play, 61-60, but the Jackets finished 4-for-6 from the free throw line as FSU’s final two three-point attempts were off the mark, sealing the win for Georgia Tech. 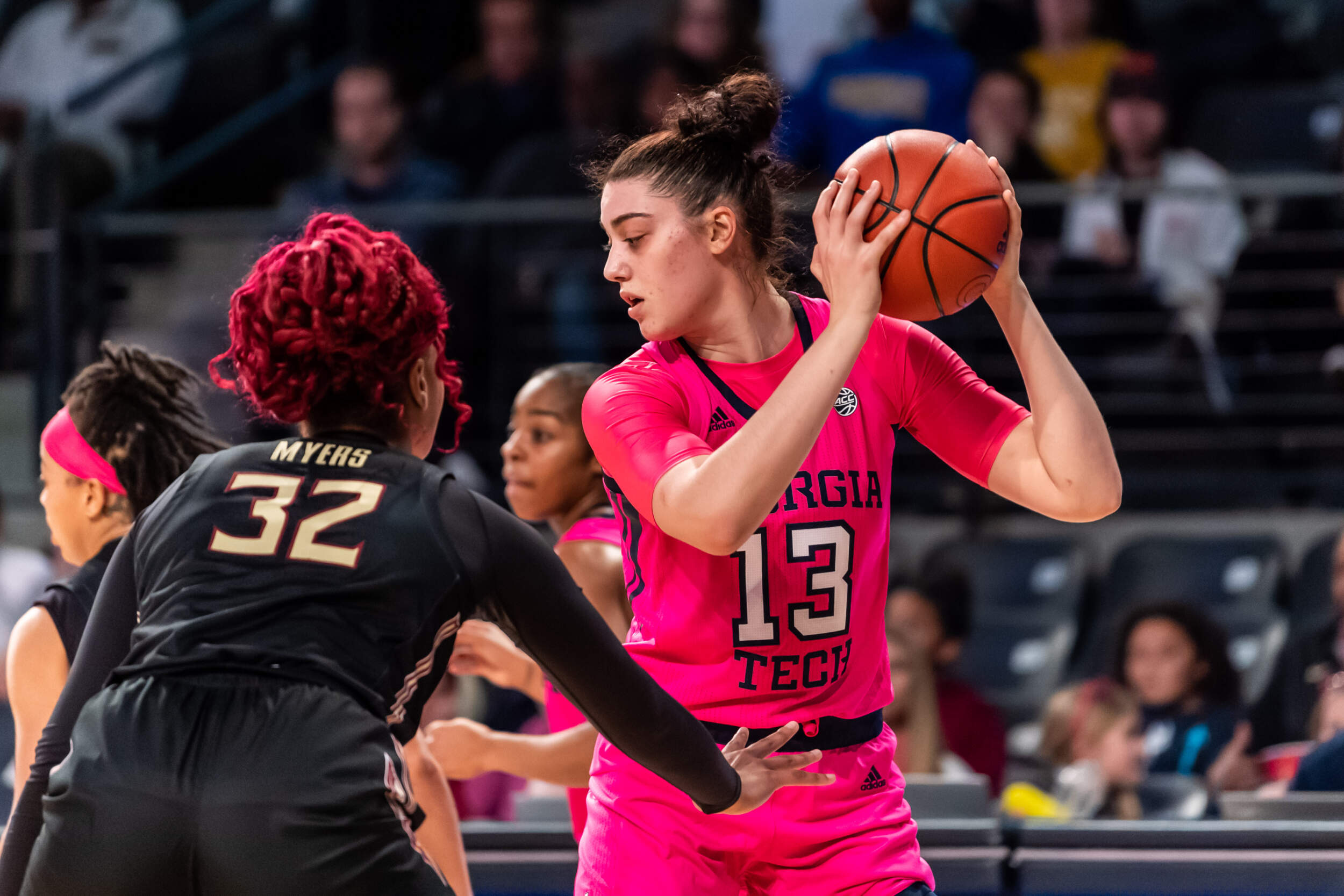 For the game, Tech shot 42.3 percent and 65.2 percent from three-point range. The Jackets dominated on the glass, 37-28, paced by Cubaj’s double-double of 13 points and 11 rebounds – her fifth of the season. Four Jackets finished in double-figure scoring numbers led by Pan (23), Kierra Fletcher (14), Cubaj (13) and Hermosa (10). Pan matched her career-best with six three-pointers and six steals on the night as Tech recorded eight steals and dished out 12 assists. Florida State was led in scoring by Ekhomu with 21 points.

With the win, Tech completed the regular season sweep of Florida State, marking the first time since the 2010-11 season a Yellow Jacket team swept a nationally ranked team in a season. In 2011, Tech defeated North Carolina twice with the Tar Heels ranked in the top-25 both times. 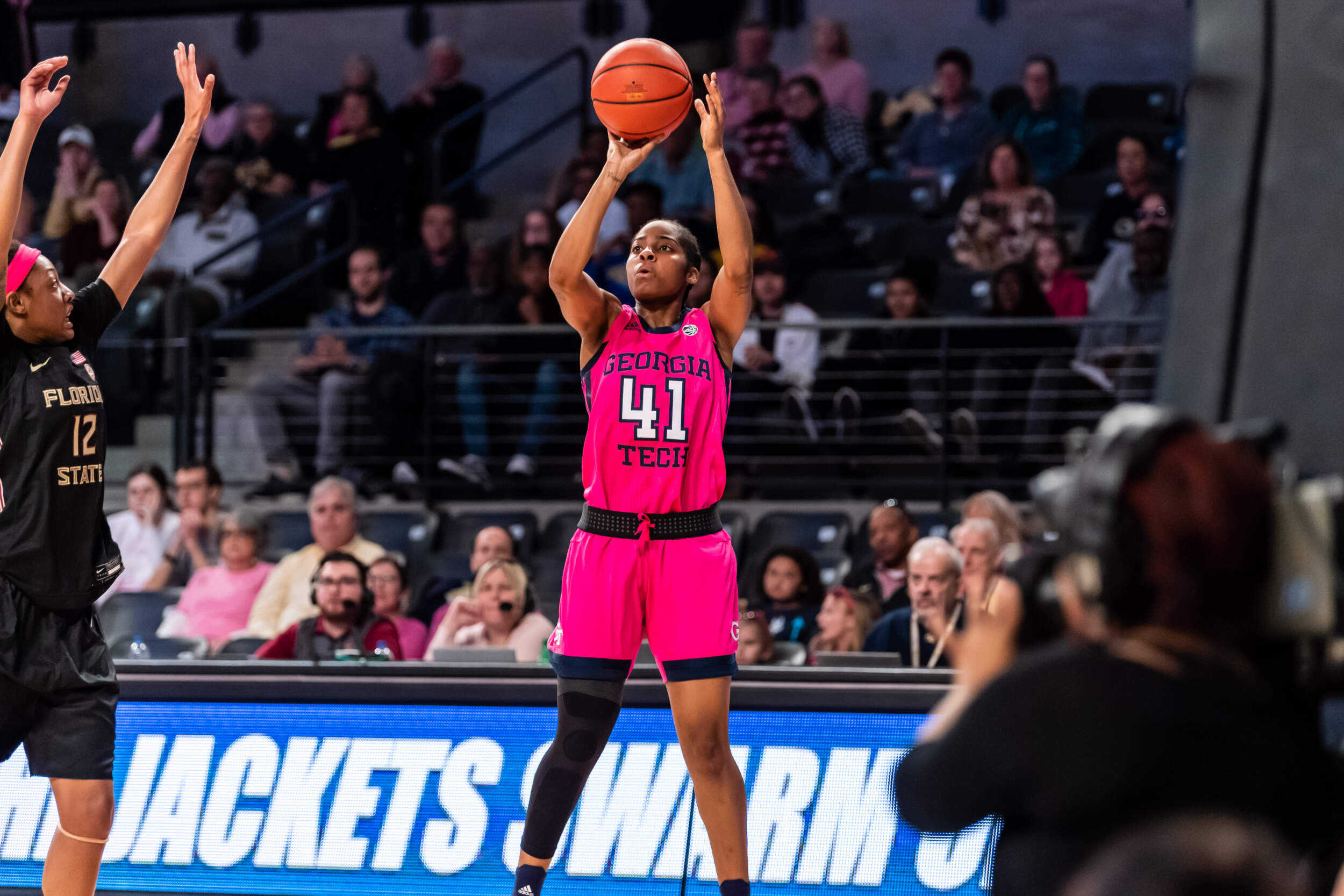 “One of the first things on the keys to win was ‘we have to want to win more than they want to win,’” said head coach Nell Fortner. “And I thought that’s what happened at the end of that game. Not that they [Florida State] didn’t want it, we just wanted it more. I think our will to win that and our will to stay dialed in to what we were doing to make them take a bad shot, don’t foul the three, came through for us.”

Next Up
Georgia Tech will play its final regular season game on Sunday, March 1 at Clemson. Tip is slated for 1 p.m. on ACC Network Extra. 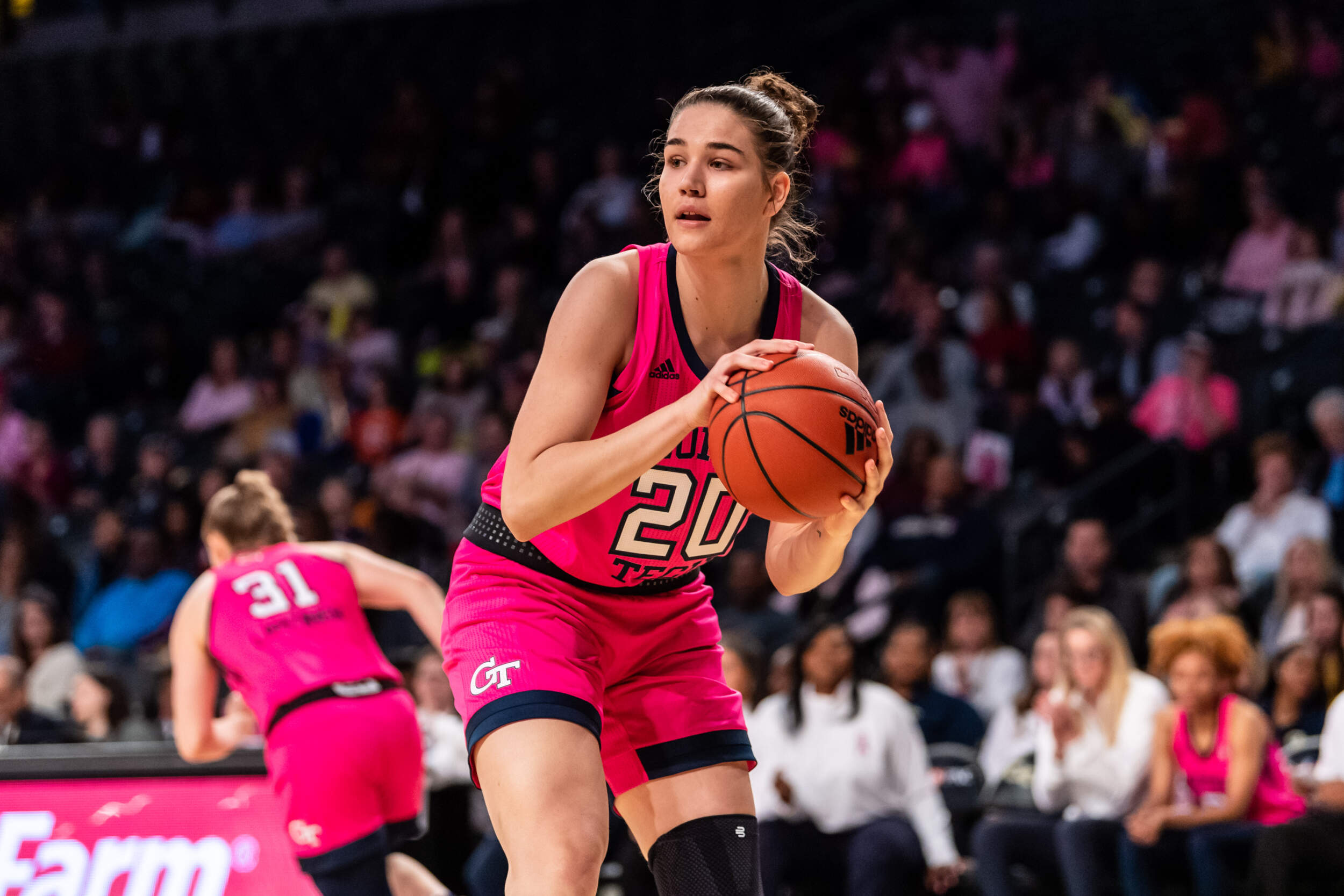