Tech (5-3, 3-2 ACC) led by as many as 22 points in the final quarter after trailing by nine points in the opening frame. Cubaj recorded her fourth double-double of the season with 14 points and a career-high 20 rebounds, becoming the first Yellow Jacket since 1996 to secure 20-plus rebounds in a game. Cubaj finished the game with five blocks, two assists and two steals. Kierra Fletcher followed with 13 points, while Eylia Love contributed a season-high 12 points. 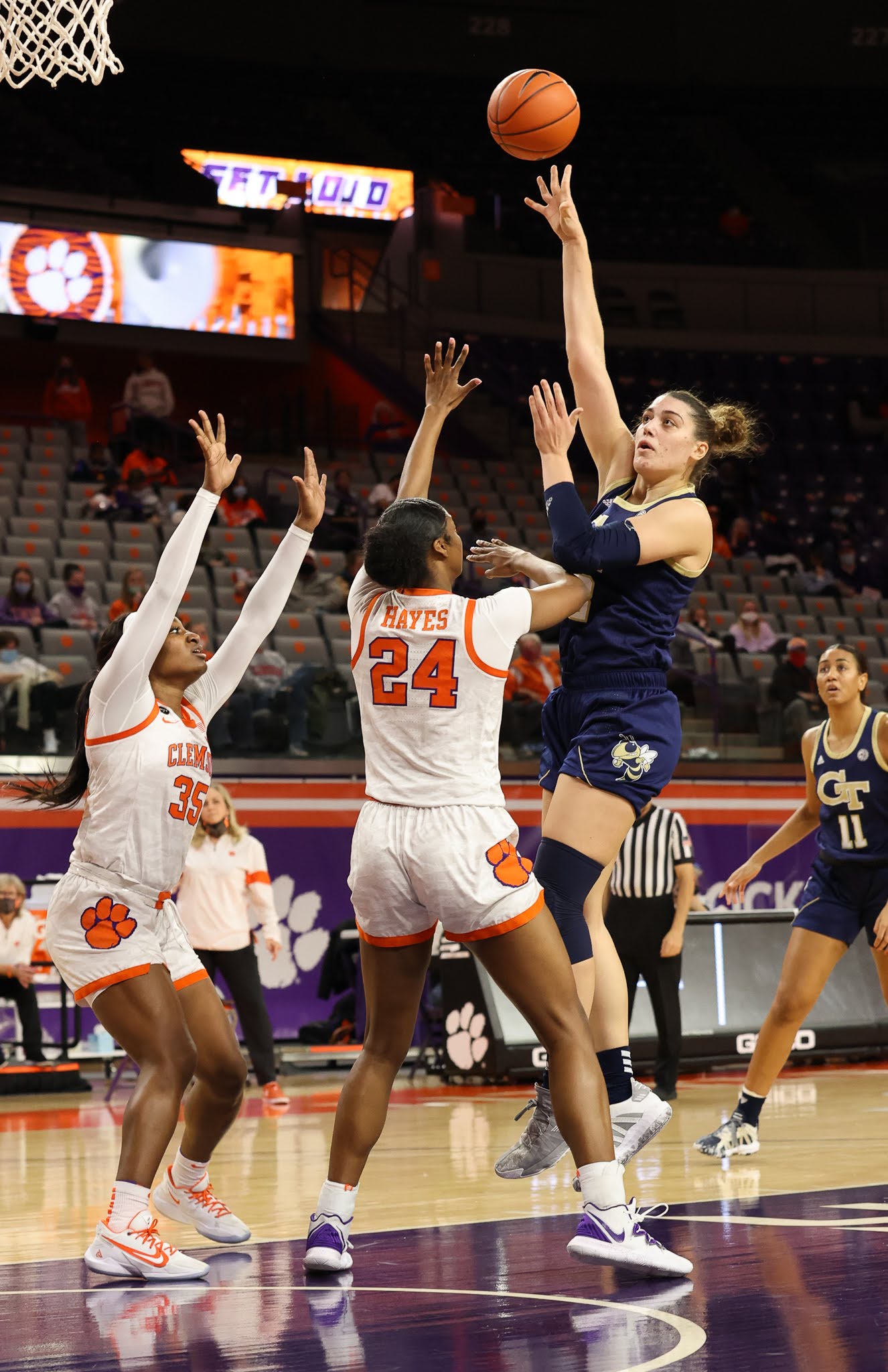 Tech got off to a slow start in the first quarter, allowing the Tigers to open a nine-point lead with just over five minutes to play in the frame. But the Jackets slowly chipped away at their deficit and knotted it up with an old-fashioned three-point play from Love at the 1:55 mark. After tying the score, the teams traded the lead back-and-forth and remained tied with 6:28 to play in the first half. Love sparked a 13-4 Tech run, fueled by five points from the freshman, to close the stanza and put the Jackets up 39-30 at halftime.

An 11-2 spurt from the Jackets to open the third quarter put Tech up by 18 points, 50-32, capped by a three-pointer from Fletcher. Tech held a comfortable double-digit lead the remainder of the contest and extended its advantage to 20-plus points off a three-pointer from Sarah Bates in the fourth quarter. 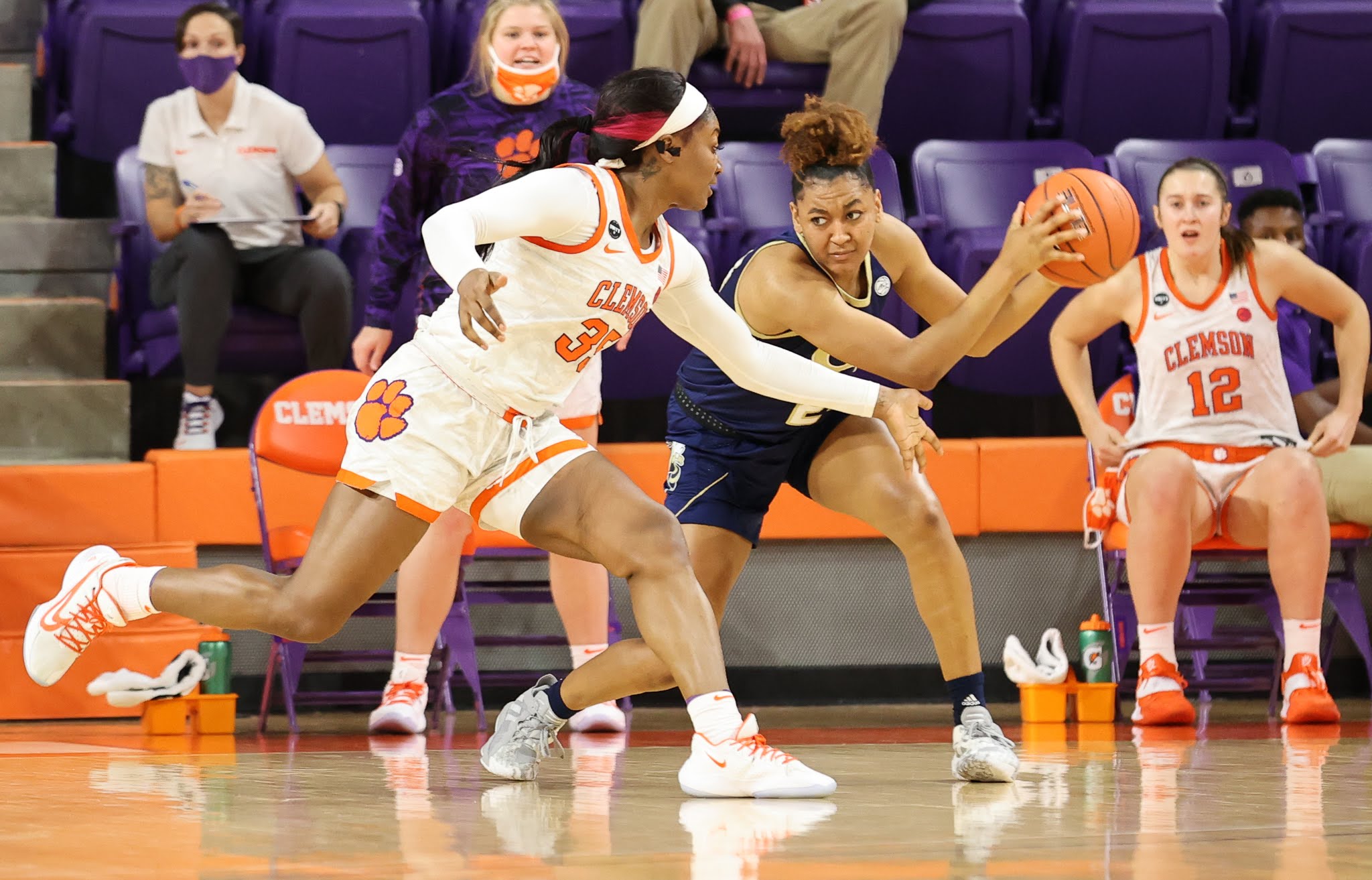 Tech shot 40.6 percent (26-64) from the field and hit eight three-pointers in the win. Cubaj becomes the sixth player in program history to secure 20-plus rebounds. Kisha Ford was the last Jacket to reach the feat, owning 21 on Nov. 26, 1996.

Clemson (8-3, 3-3 ACC) dropped its first home contest of the season with the loss. Gabby Elliott led the Tigers with 19 points followed by 10 points and 11 rebounds from Delicia Washington. Clemson won the battle on the glass, 45-38.

Up next, Georgia Tech returns to McCamish Pavilion for a pair of home games beginning Sunday when Virginia Tech visits Atlanta. The Jackets and Hokies are set to tip at 2 p.m. on the ACC Network. 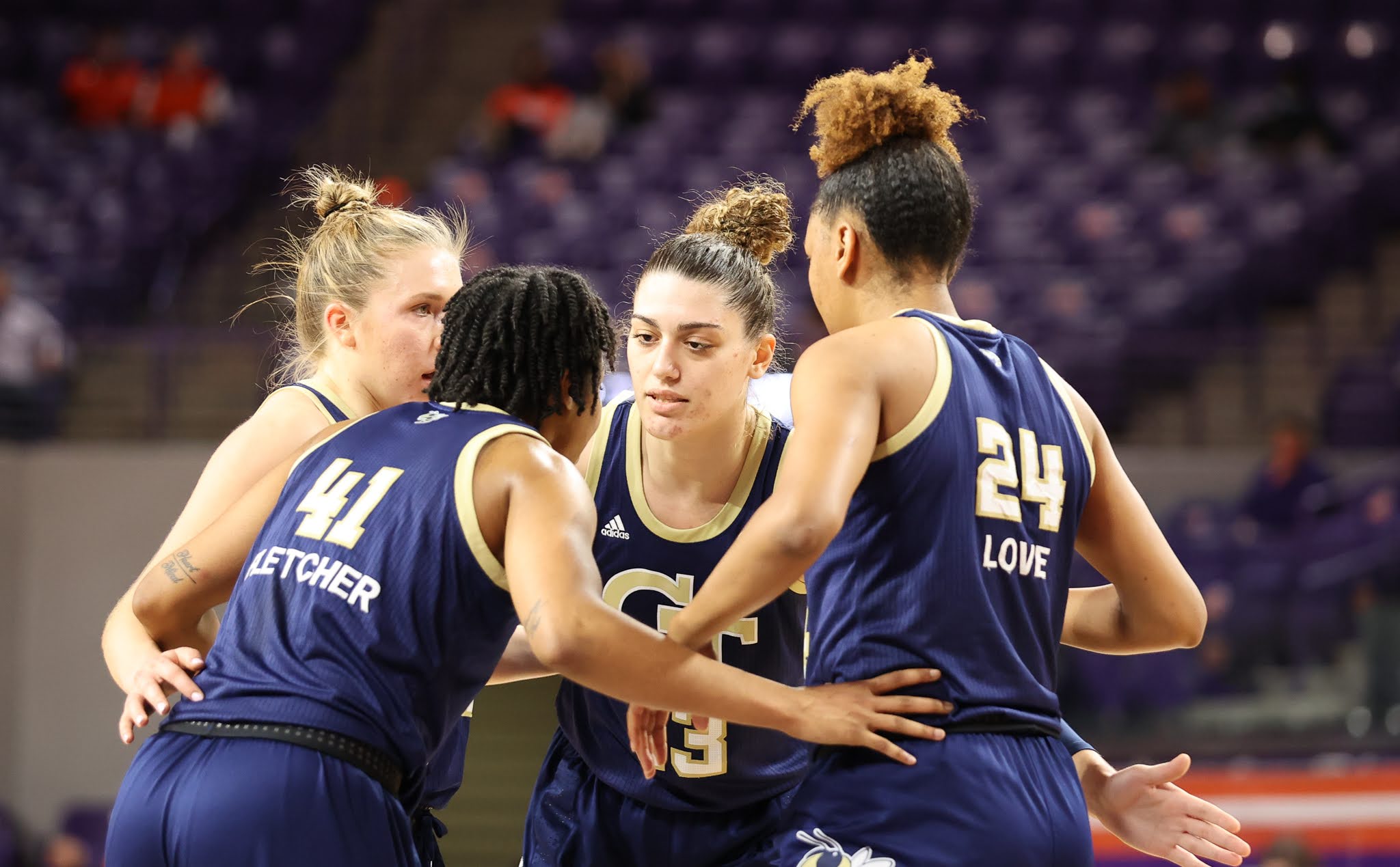