DURHAM, N.C. – Cold bats doomed Georgia Tech baseball as it was held to just two hits in the 10-2 setback to North Carolina in the ACC Championship Game on Sunday afternoon at the Durham Bulls Athletic Park.

The sixth-ranked Yellow Jackets (41-17) got a tremendous start from freshman RHP Cort Roedig, who pitch 4.1 innings of one-hit work, fanning four with just a run charged against him. Freshman LHP Luke Bartnicki (2-2) got the loss after surrendering three runs on four hits in just 0.2 innings.

The Tar Heels (42-17) got clean outings from three pitchers with Hansen Butler (4-0) getting the win after 2.2 innings of no-hit work.

Offensively, Tech’s two hits on the day came from Luke Waddell and Jackson Webb. They both finished 1-for-3 on the day with Webb scoring on an infield error. The Jackets also got ninth-inning help from Kyle McCann, who doubled, and Tristin English who drove him home.

UNC finished with four multi-hit batters, led by Aaron Sabato, who went 2-for-2 with a double and a home run.

Making the ACC All-Tournament team was outfielder Nick Wilhite and designated hitter Michael Guldberg. Wilhite hit .357 on the tournament for five hits and four RBI while also scoring twice. He finished with 10 putouts in center field and zero errors. Guldberg hit .294 on the week, recording five hits, one double and the huge home run that put broke the game open against NC State to seal the semifinal victory.

The Yellow Jackets will now await NCAA Tournament news as Regional sites are announced by the NCAA on Sunday evening and the full NCAA Selection Show slated for noon on Monday, May 27 on ESPNU. 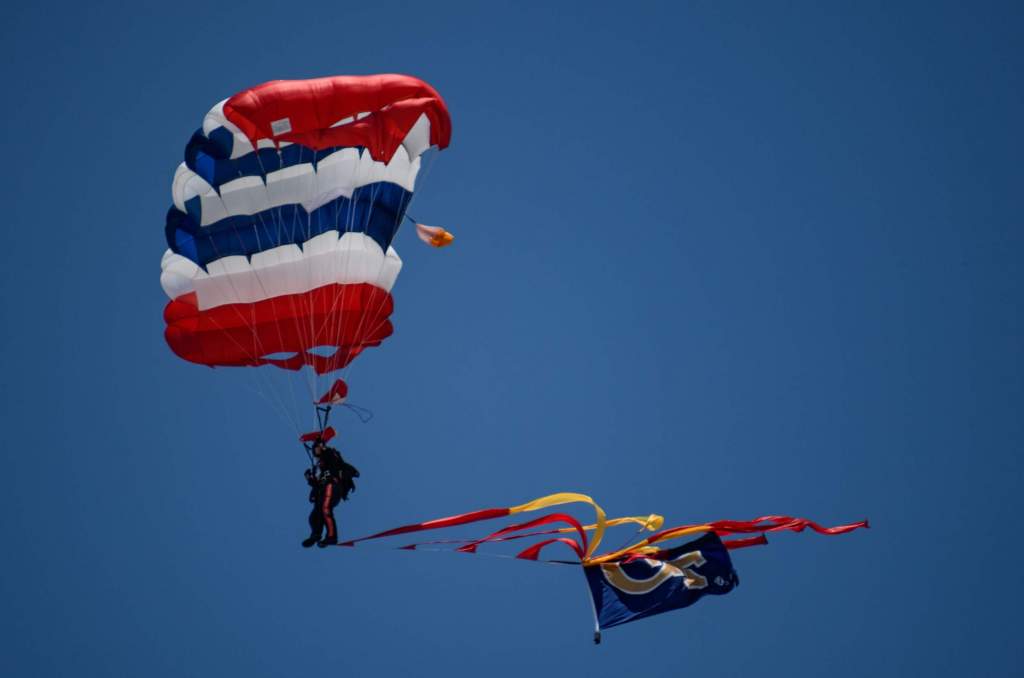 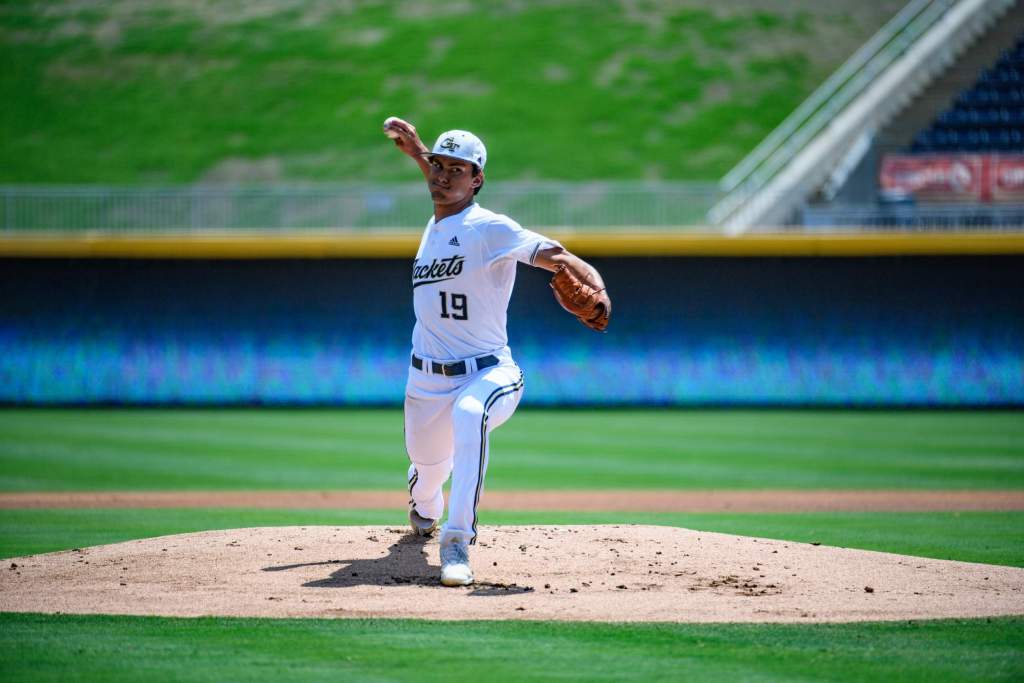 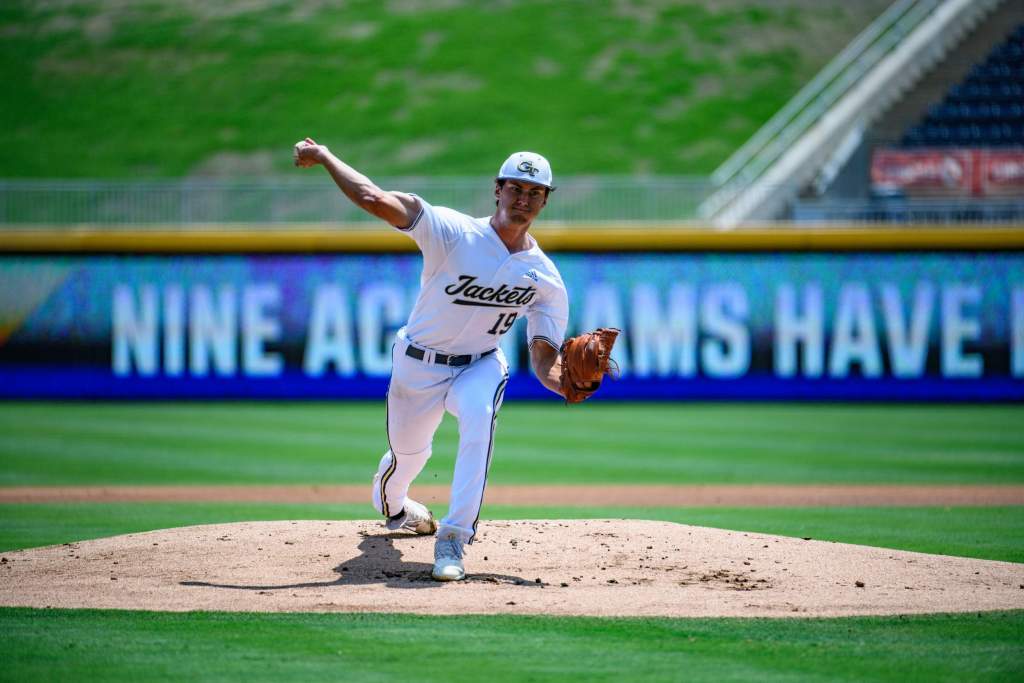 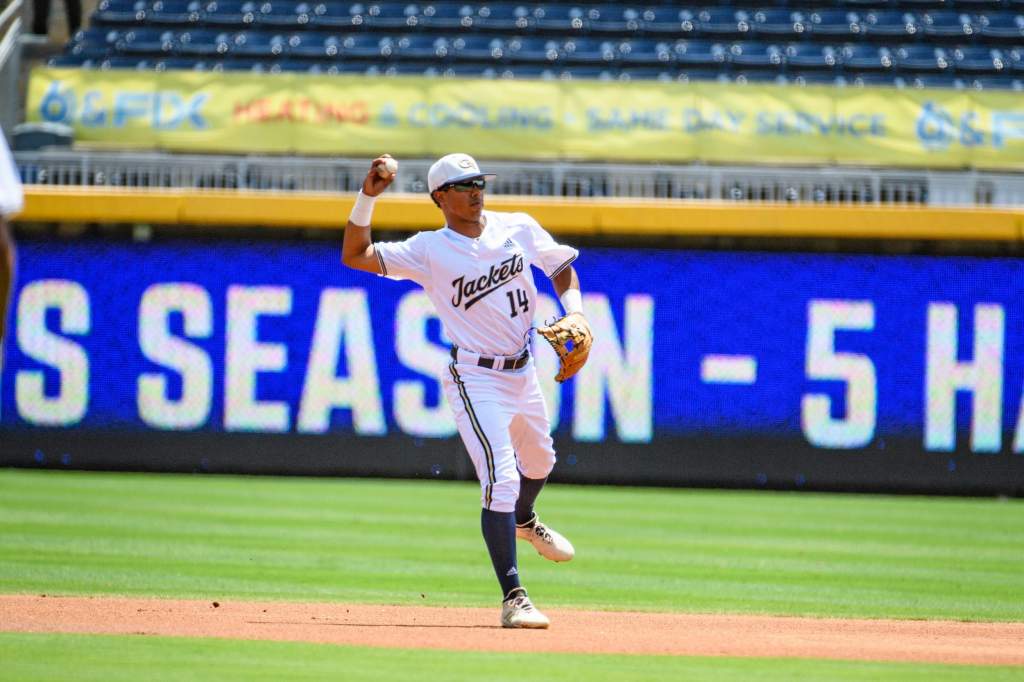 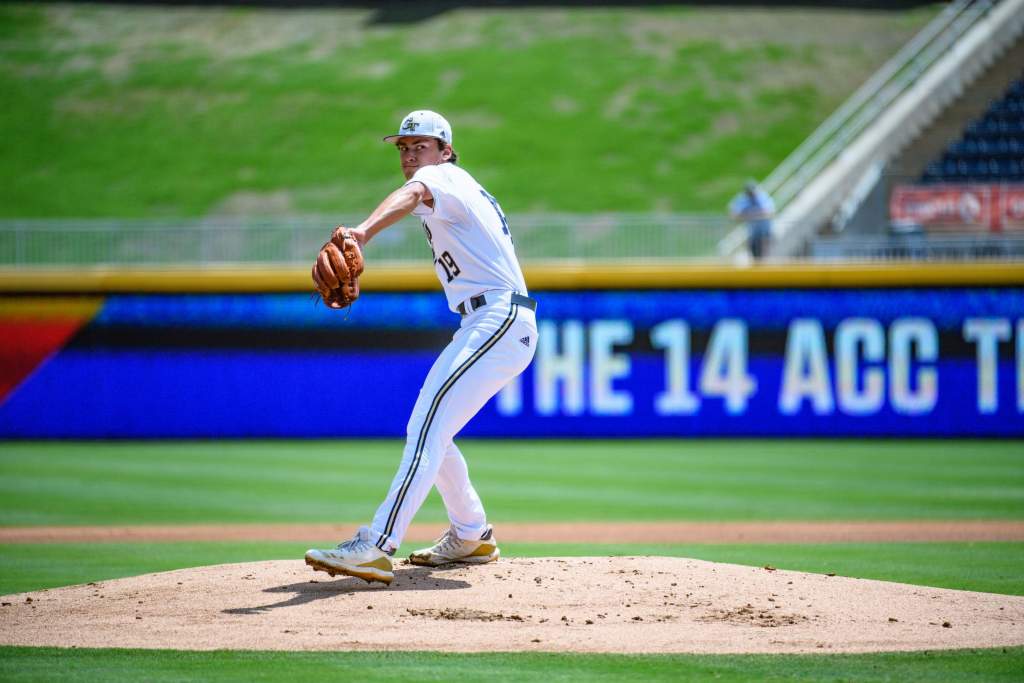 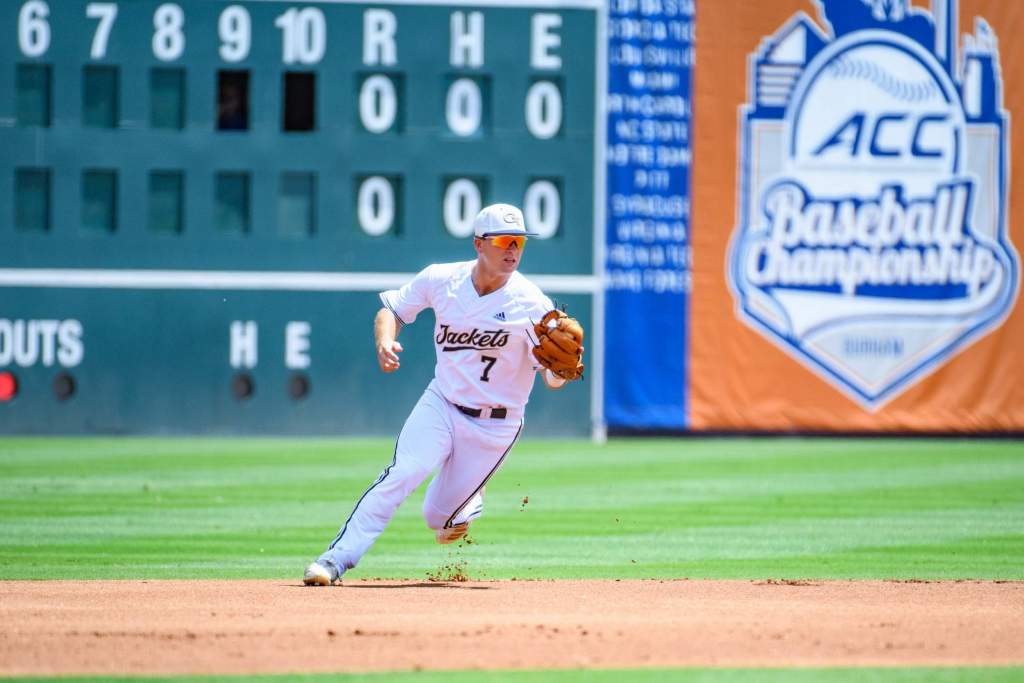 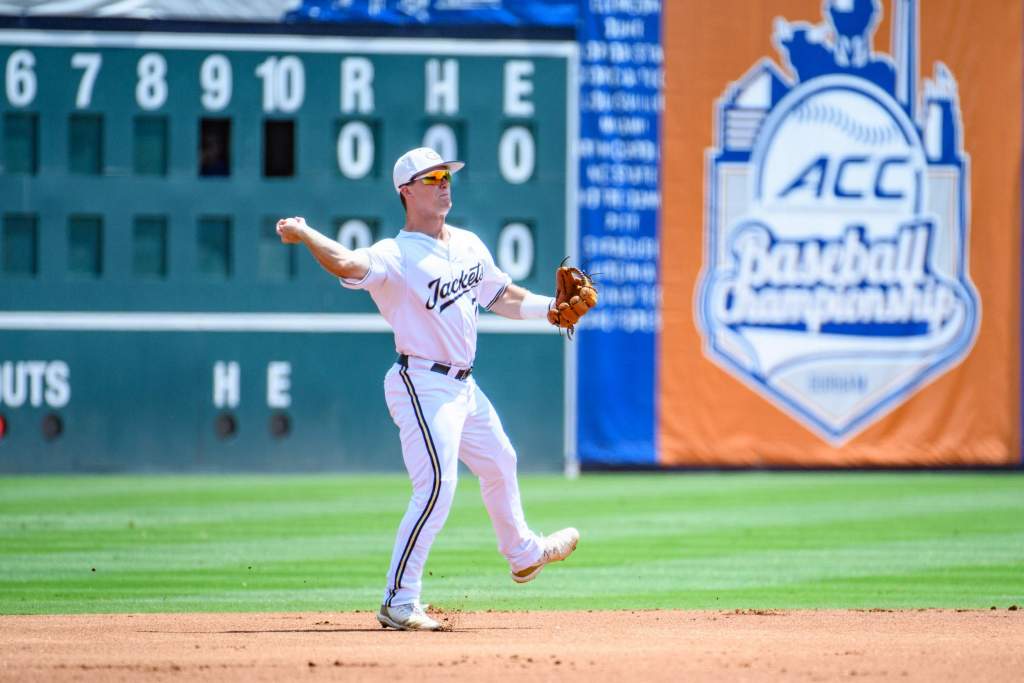 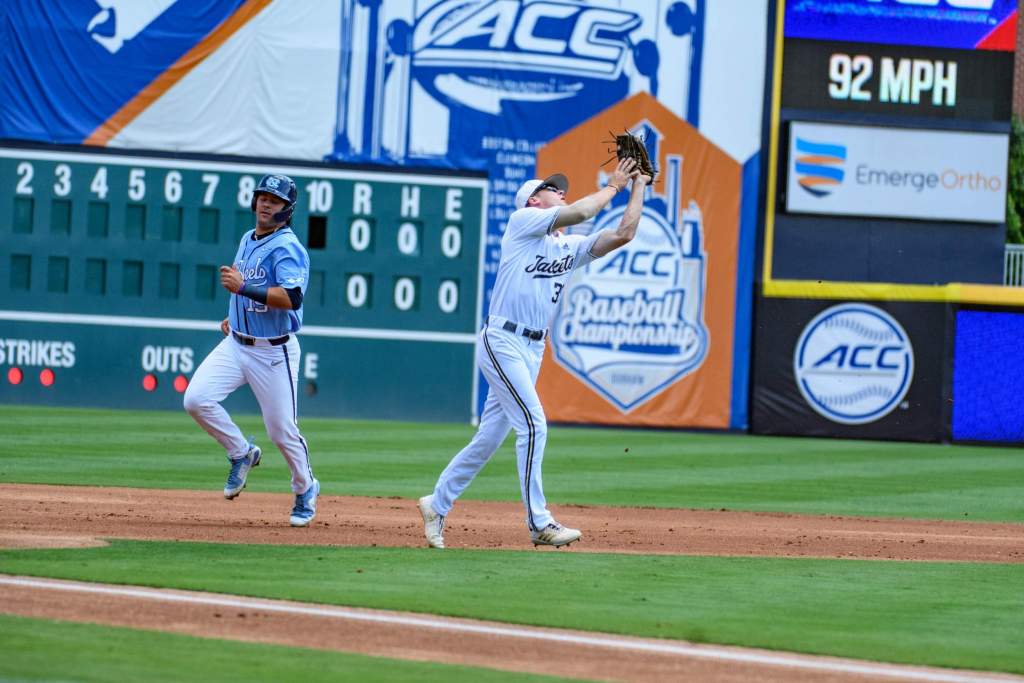 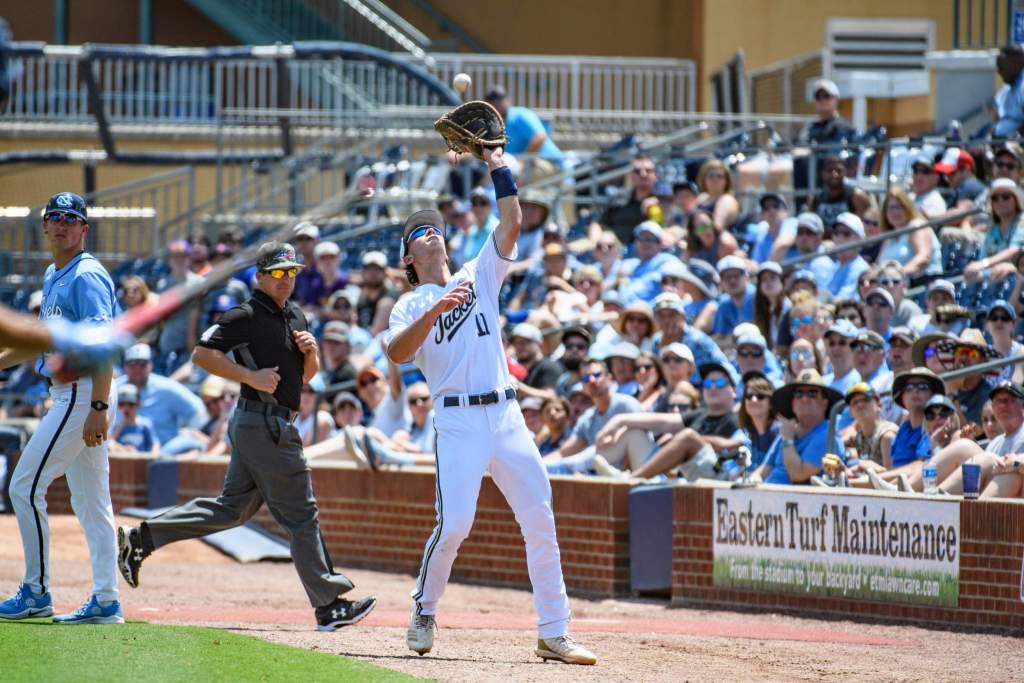 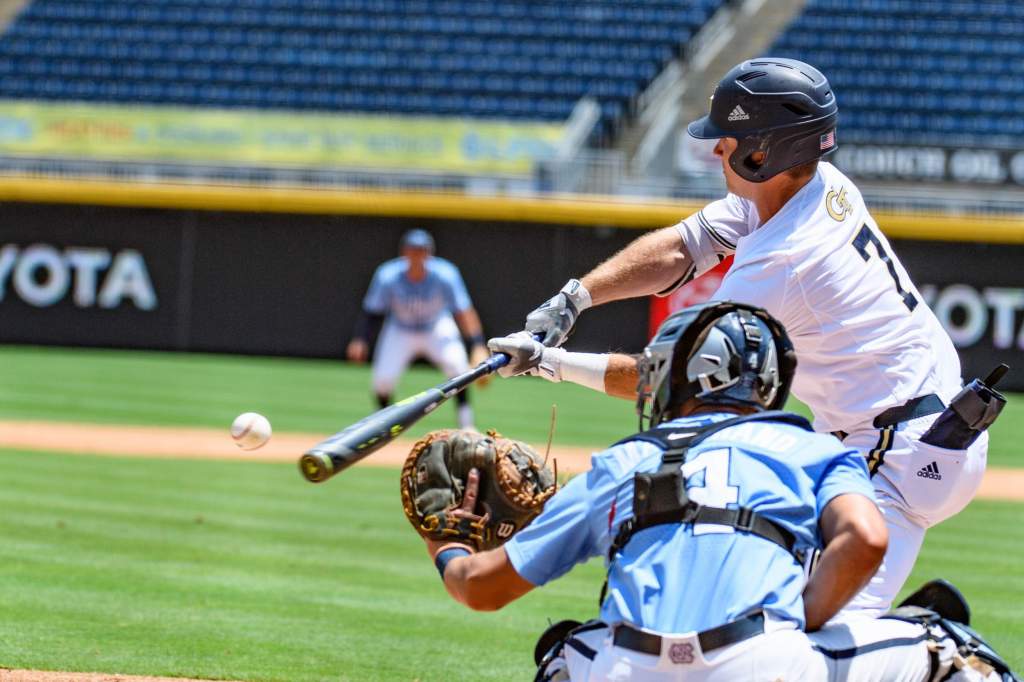 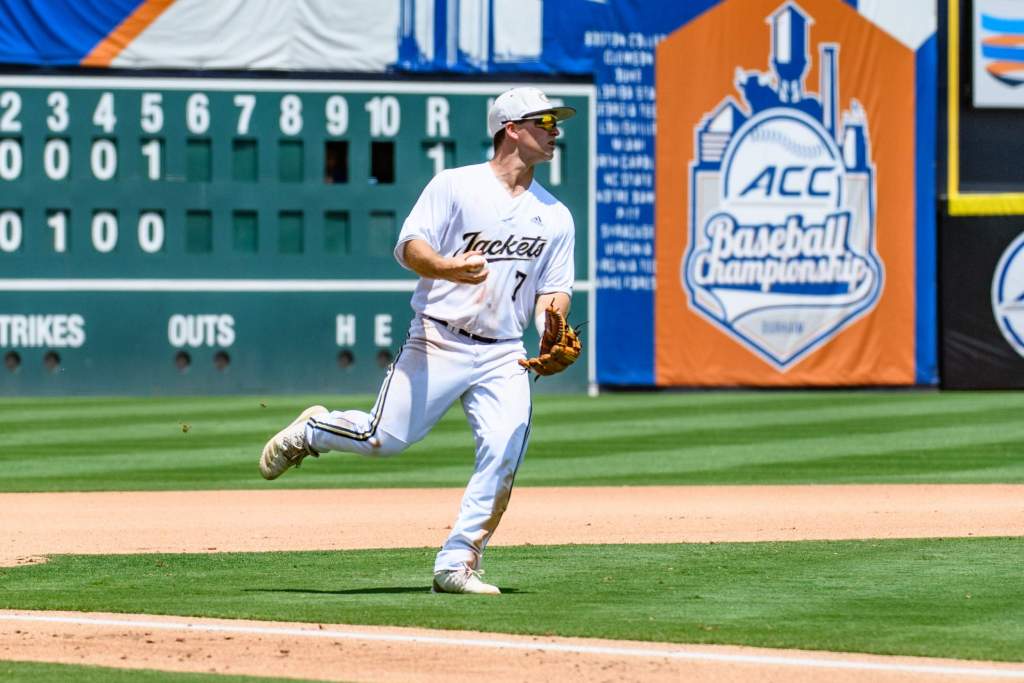 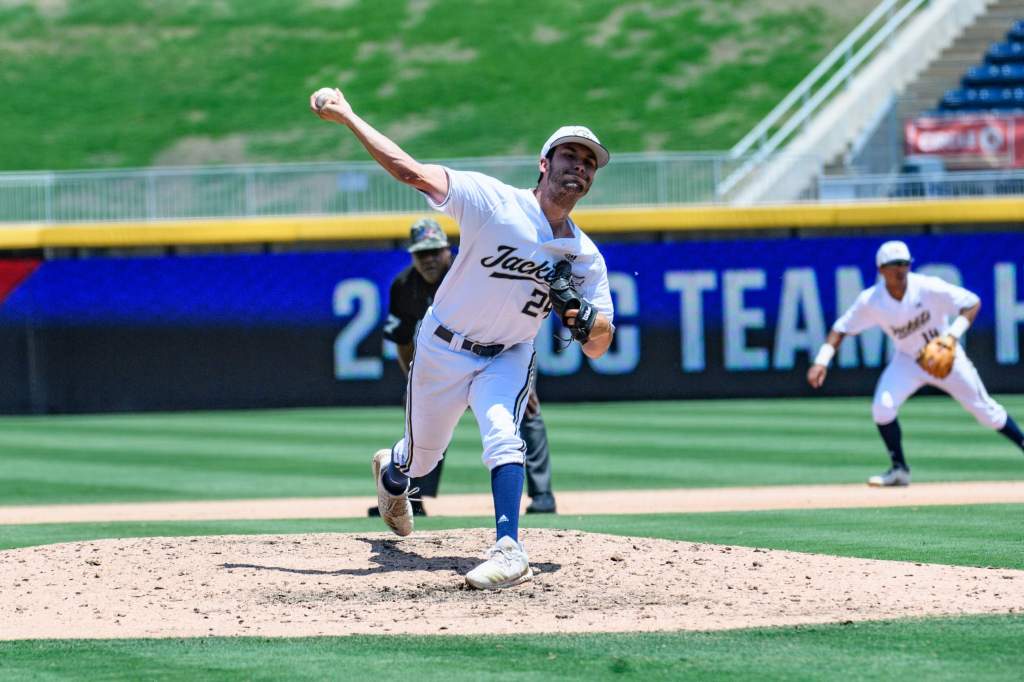 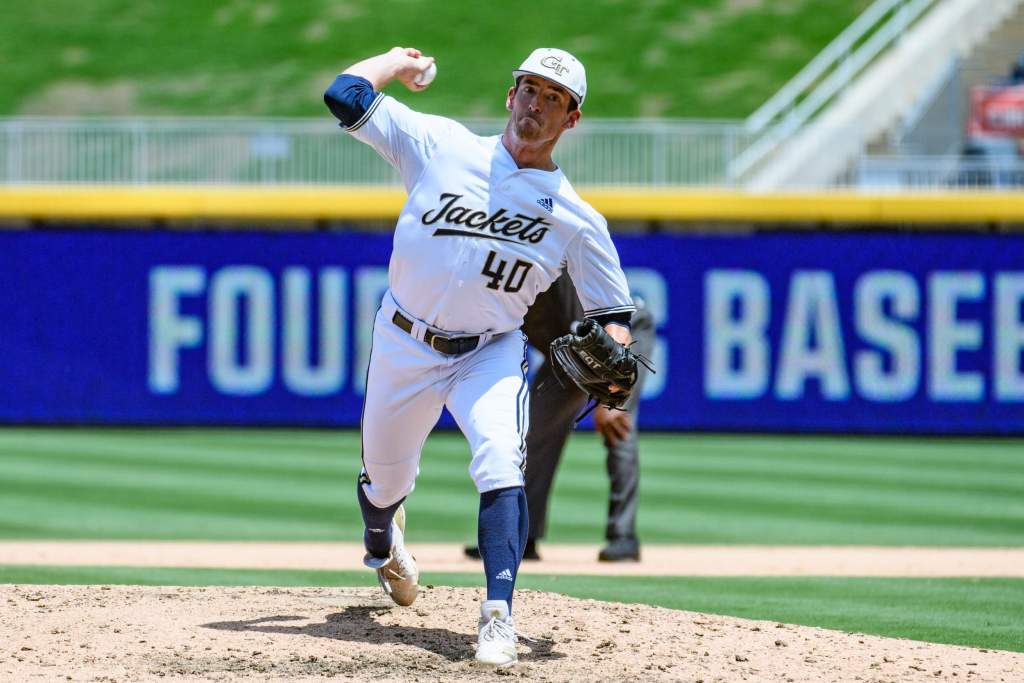 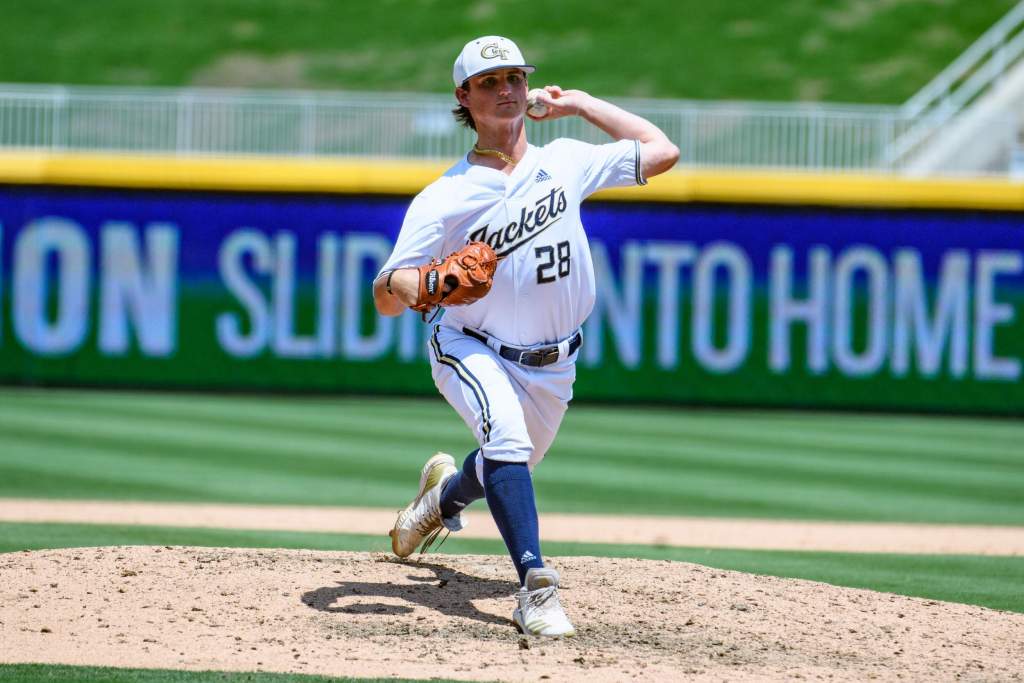 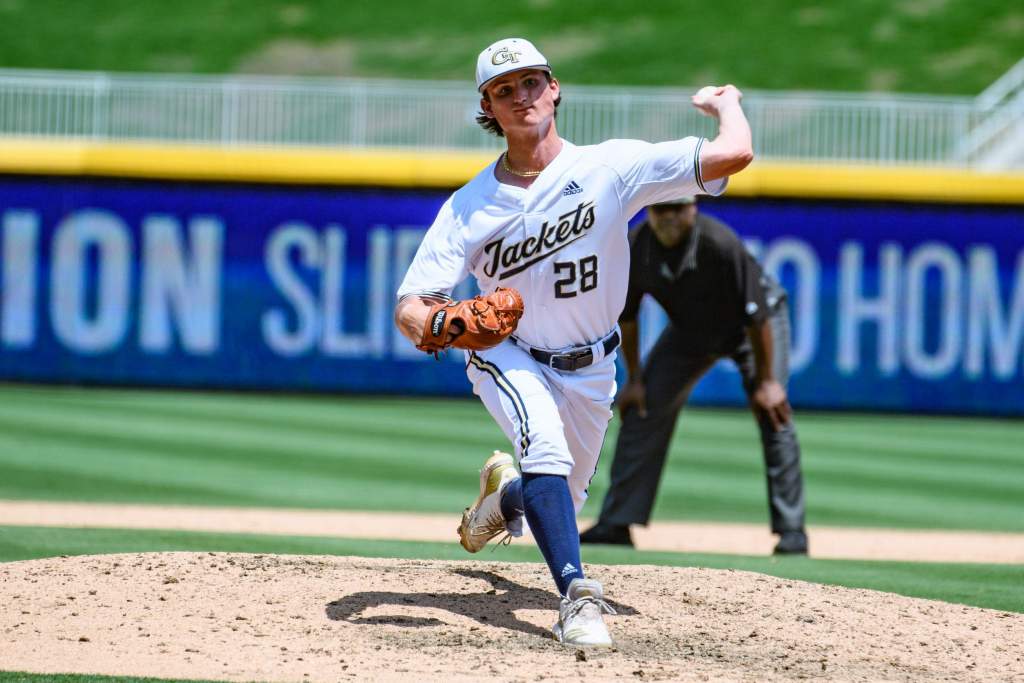 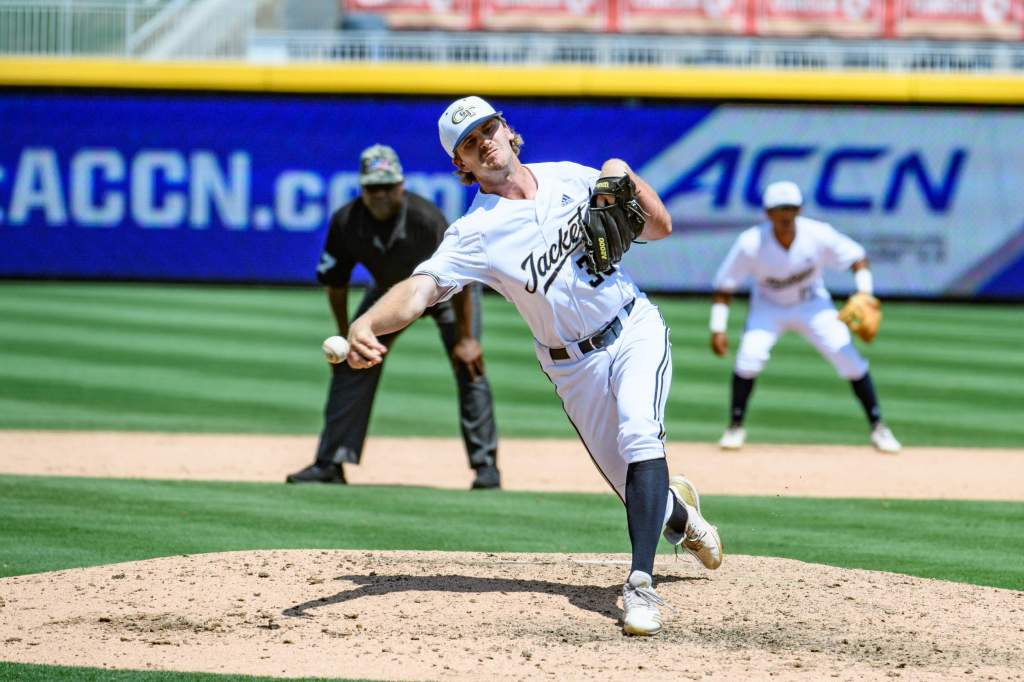