Tech (14-7, 12-6 ACC) snapped a two-game losing streak and solidified its third place position in the conference standings, the highest regular-season outright finish in program history. The Jackets’ 12 ACC wins also ties the program record, and they earned a double-bye in the upcoming ACC Tournament. The Panthers fell to 5-13 overall, 3-12 in the ACC.

On its Senior Day, the Yellow Jackets held off a feisty Pitt team behind a tremendous performance by senior Kierra Fletcher, who hit 6-of-13 shots from the floor and 8-of-10 from the foul line with six assists. Lahtinen led the Jackets with 22, going 6-of-15 from the floor with three three-point field goals, and 7-of-10 from the line, adding five rebounds. Nerea Hermosa was the third Jacket in double digits with 12, going 6-of-9 from the floor, while freshman guard Loyal McQueen added eight, including a pair of threes.

Tech’s other senior, Lorelaj Cubaj, struggled to score against the Panthers Sunday, but took 17 rebounds and had three assists. Her only field goal was a critical one with 3:58 to go that gave the Jackets a 60-54 lead. 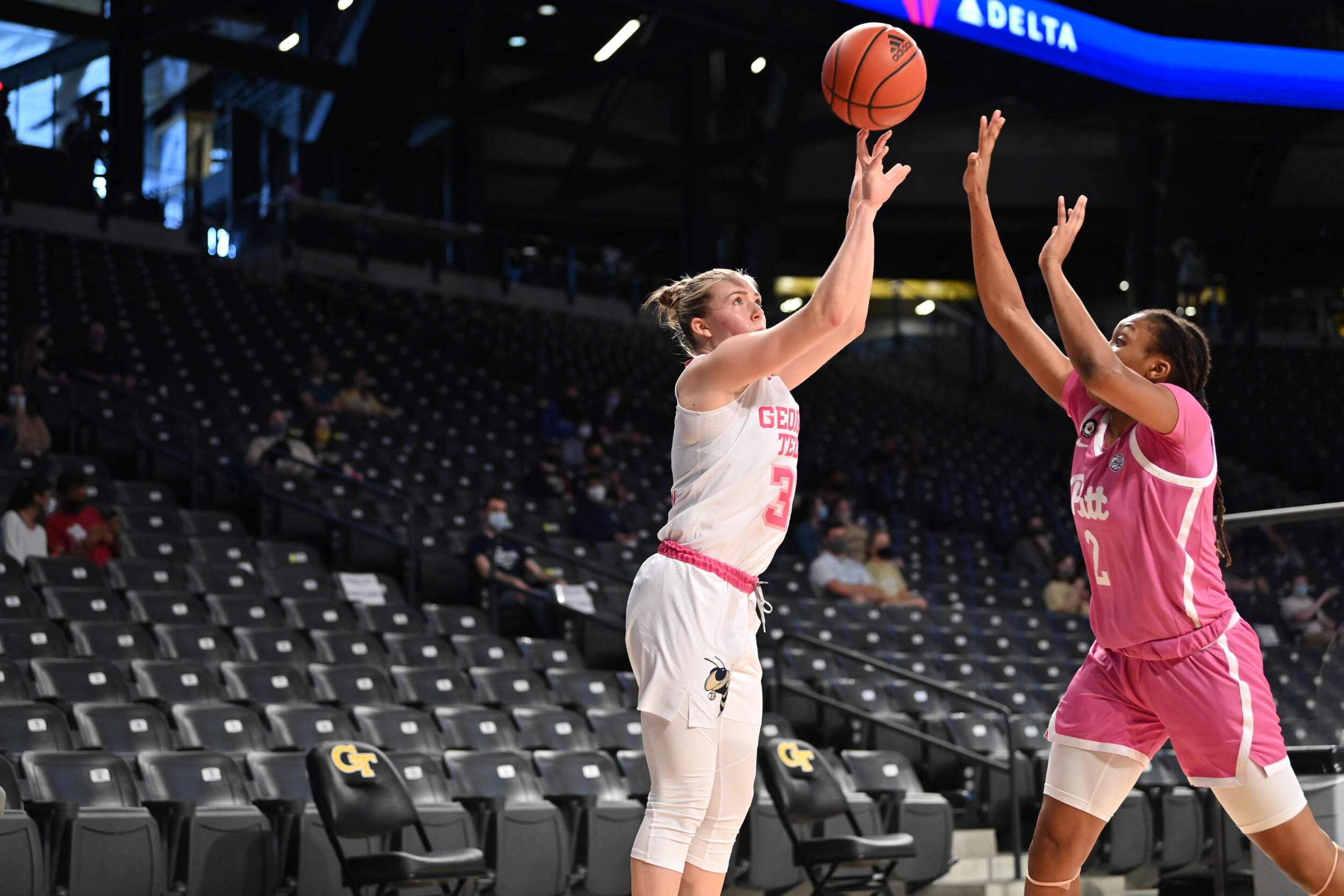 Trailing by as many as 11 points in the final period, Pitt closed the gap to three on Rita Igbokwe’s layup with 5:41 left, but got no closer as Tech held the Panthers to one field goal and four free throws over the final five minutes. Panthers’ guard Jayla Everett scored all of those points to finish with a game-high 25 points. She hit 8-of-15 from the floor with three triples and 6-of-9 from the line.

Besides Cubaj’s layup, Fletcher hit a jumper and Lahtinen drained a three over the final five minutes to hold off the Panthers.

It was an especially sweet Senior Day for Fletcher, who became the 32nd Yellow Jacket in program history to reach 1,000 career points. Fletcher’s third bucket of the day solidified her spot in the record book.

Georgia Tech returns to action later this week in the Atlantic Coast Conference Tournament at the Greensboro Coliseum in Greensboro, N.C. 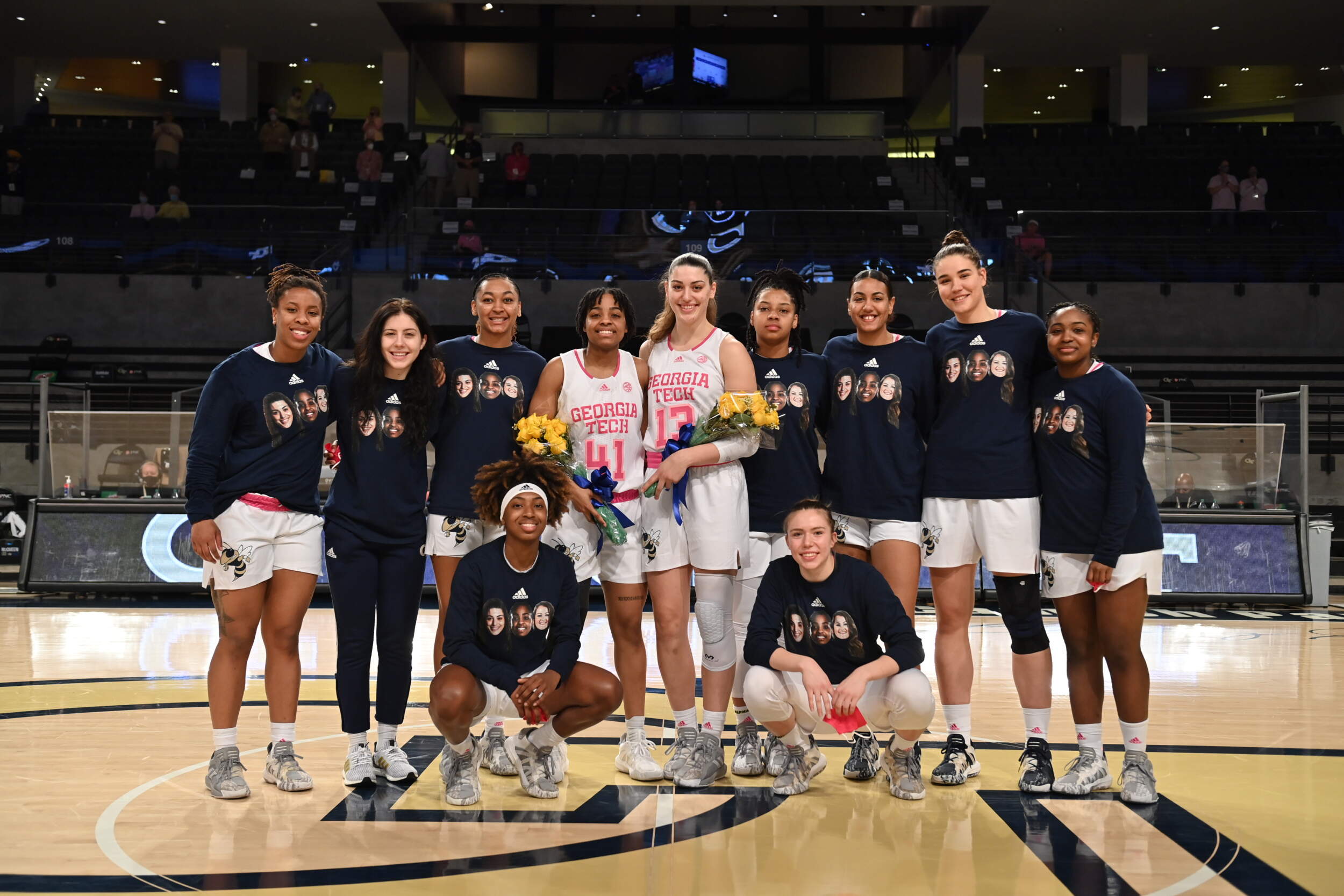