THE FLATS – Accolades continue to roll in for Georgia Tech senior punter Pressley Harvin III (Alcolu, S.C./Sumter), who was named the Ray Guy Award National Punter of the Week for the second time this season on Tuesday.

Harvin was tabbed as college football’s top punter of the week after averaging 51 yards per punt at Boston College last Saturday. Three of Harvin’s four punts traveled at least 50 yards, three were downed inside the BC 20 yard line and none of the four punts were able to be returned. 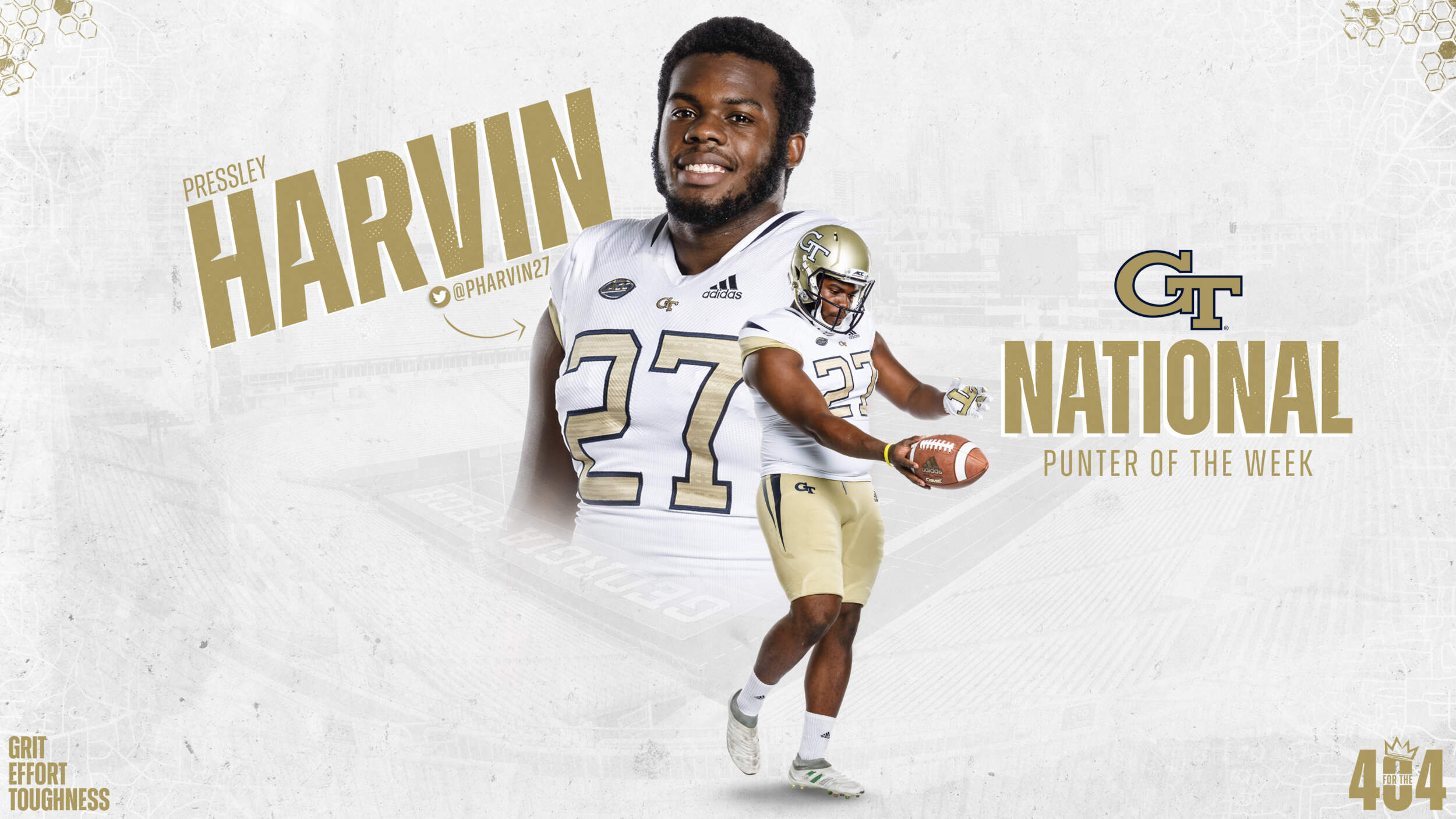 Since the beginning of the 2019 season, NCAA Division I FBS punters have had a net average of 50 yards or more with a minimum of four punts a total of 18 times. Harvin is the only punter that has accomplished the feat three times (Nov. 21, 2019 vs. NC State, Sept. 19 vs. UCF and last Saturday at BC).

The National Punter of the Week award is Harvin’s second of the season. He also earned the honor after averaging 51.2 yards per punt – including a career-long 70-yarder – against No. 14/13 UCF on Sept. 19.

For the season, Harvin leads the Atlantic Coast Conference and ranks fourth nationally (second among punters that have played more than one game) with a 48.5-yard punting average. Half of his 32 punts this season have traveled at least 50 yards, 15 have pinned the opponent inside its 20 yard line, 16 have been fair-caught and only four have been returned, which has helped lead Georgia Tech to a No. 5 national rank in net punting at 46.1 yards per attempt (No. 2 nationally among teams that have played more than one game).

In addition to being named the National Punter of the Week twice, Harvin has also been named to the Ray Guy Award’s “Ray’s 4” list, which honors the nation’s top four punters each week, an astounding five times in six games this season. Harvin is undoubtedly a frontrunner for the 2020 Ray Guy Award, which will be presented to the nation’s best punter by the Augusta Sports Council.

Harvin and the Yellow Jackets return to action on Saturday when they host No. 4-ranked Notre Dame at Bobby Dodd Stadium. Kickoff for the ACC matchup between the Jackets and Fighting Irish is set for 3:30 p.m. and the game will be televised nationally on ABC.

Saturday’s Georgia Tech-Notre Dame game is sold out. Fans that wish to attend the game can purchase tickets via Stubhub, the official fan-to-fan marketplace of the Georgia Tech Yellow Jackets.

Georgia Tech will wear adidas throwback uniforms in honor of the Black Watch era of the 1980s for Saturday’s game against ND. Official adidas replicas of the Black Watch jerseys are available for purchase online by clicking HERE.