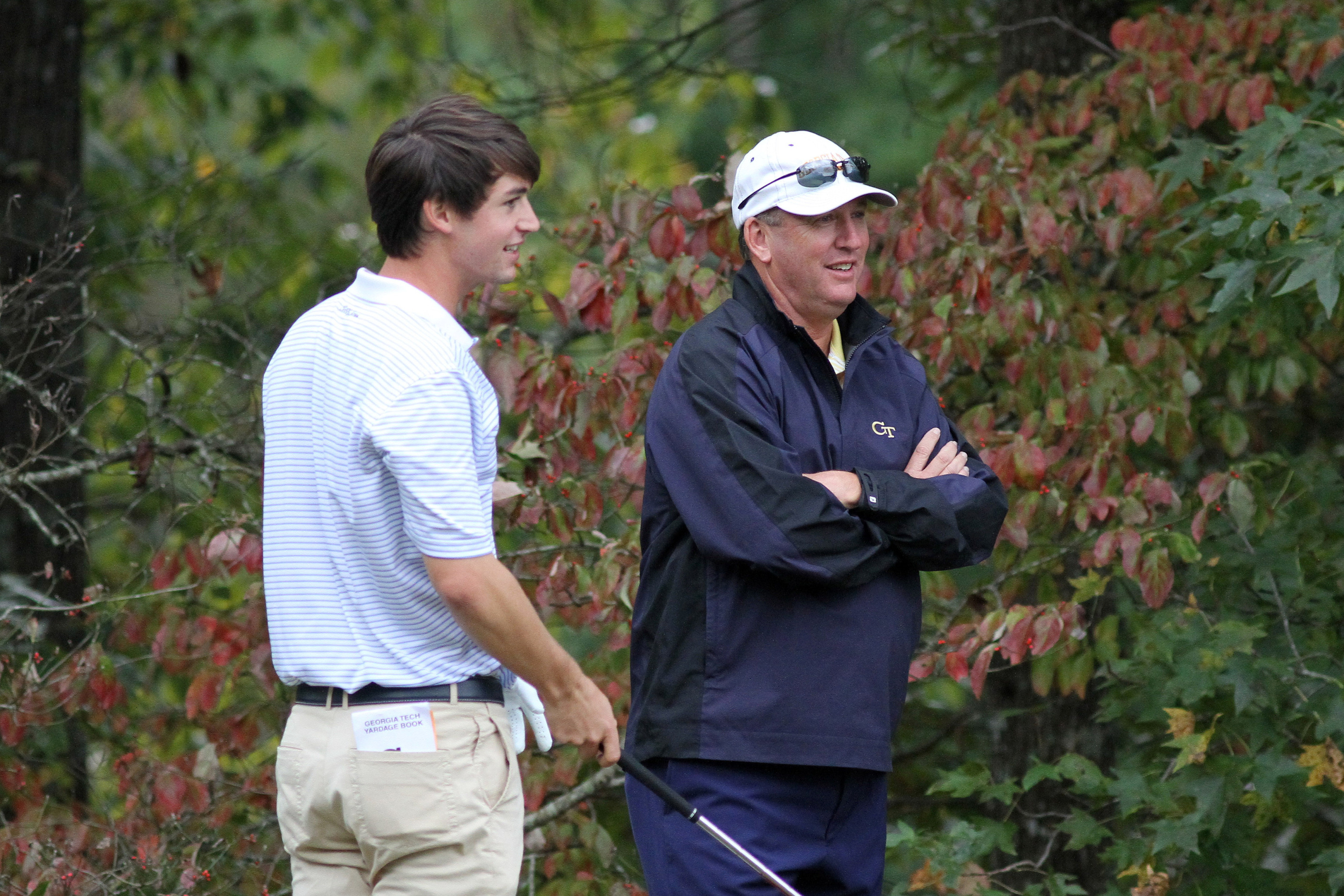 If a consistently high level of success over a long period of time is the measure of a great program, then Georgia Tech’s golf program under Bruce Heppler would certainly meet the standard. His peers recognized this in 2013 when they inducted him into the Golf Coaches Association of America Hall of Fame.

Tech’s recent run of Atlantic Coast Conference championships and NCAA Championship finals performances are unprecedented in school history – 10 Atlantic Coast Conference titles in the last 15 years and four trips to match play at the NCAA Championship. Heppler has guided the Yellow Jackets to an NCAA regional every year they have been played since 1998 (no ACC or NCAA championship in 2020 due to the coronavirus), while 17 of those teams advanced to the NCAA Finals, and 11 finished in the top eight, including three runner-up showings. Since 2000, Tech has finished outside the top 10 in both polls only three times.

During his tenure, Tech has won or shared 13 Atlantic Coast Conference titles. Only two ACC coaches have led their teams to more ACC titles than has Heppler. The Yellow Jackets have captured or shared 64 team titles overall. He was named ACC Coach of the Year in 2019 for the 10th time, more than any ACC coach in conference history.

In a July, 2015 poll of his coaching peers conducted by Golfweek magazine, Heppler ranked No. 3. His program was ranked No. 2 among College Factual’s ranking of the best colleges to play golf, taking into account both the quality of the golf team, as well as the academic success of the players and the quality of the school 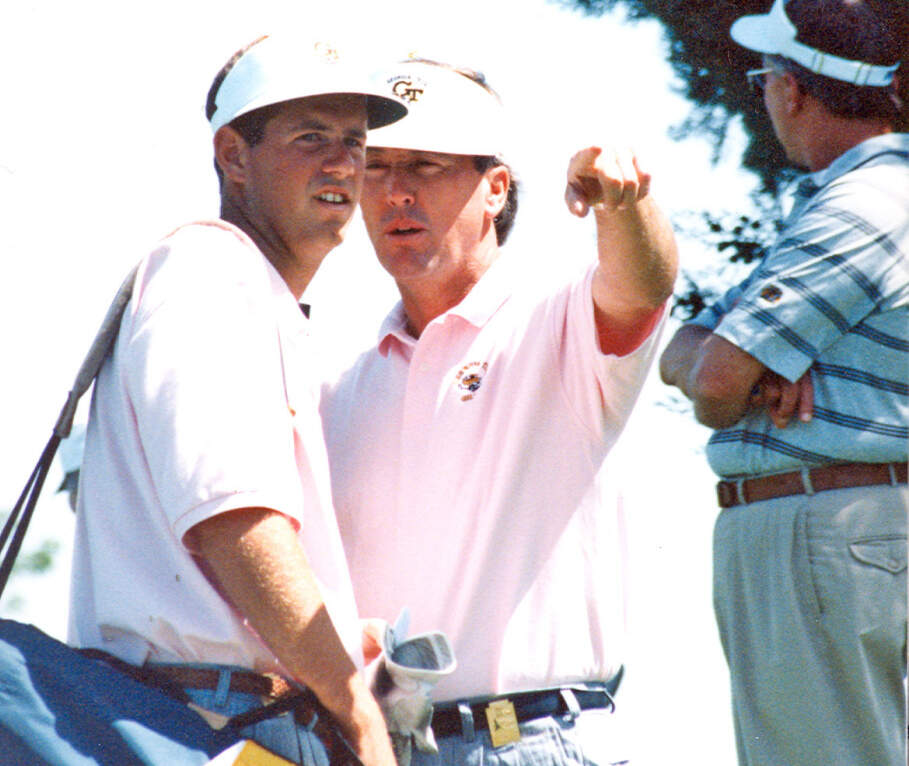 The arrival of Puggy Blackmon signaled a new era in golf at Georgia Tech, keeping the Yellow Jackets in line with the way college golf was growing. The South Carolina native came from a teaching and professional golf background, and laid the foundation for the stature of the program today. Heavily involved in junior golf, Blackmon immediately began recruiting top junior players, set about raising money for the program and started the booster club which continues to support Tech golf today.

Within three years, he guided the Yellow Jackets to their first Atlantic Coast Conference championship, and Tech became a perennial top-25 program. That led to the program being invited to compete in bigger and better events, and the Jackets would go on to win five ACC titles, compete in 11 NCAA Championships and win 33 tournaments overall during his tenure. He recruited and coached PGA Tour players Stewart Cink, Michael Clark II, David Duval, Tripp Isenhour and Charlie Rymer. 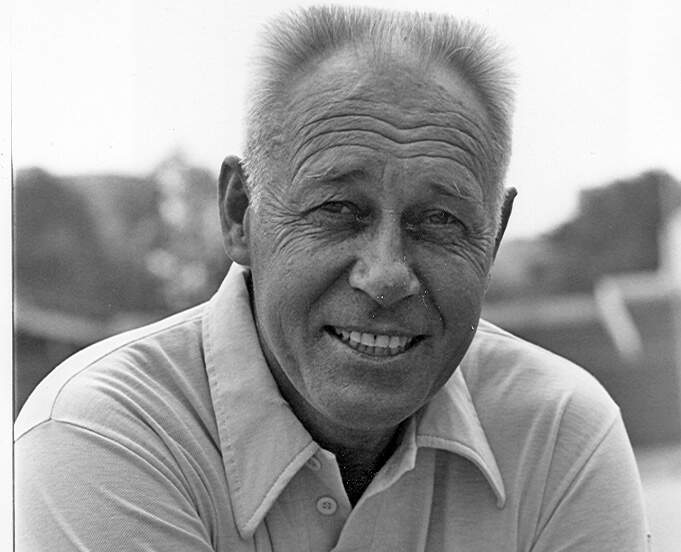 Likeable Tommy Plaxico, a former Georgia Tech star of the cinders in the 1940s, served as the Yellow Jackets’ golf coach from January of 1956 until he retired in 1982, an era which saw the landscape of college golf evolve from schools playing dual matches exclusively to playing stroke-play tournaments. Among his players were future PGA Tour star Larry Mize, 1967 NCAA runner-up Bunky Henry and 1999 U.S. Senior Amateur champion Bill Ploeger.

Plaxico, a contemporary of such Tech coaching luminaries as Bobby Dodd, Whack Hyder and Jim Luck, was a regular on the Tech track team for three years and was captain of the 1941 squad. After serving four years as a Navy fighter pilot in World War II, Plaxico returned to campus to receive his degree in industrial management in 1946. He immediately joined the Tech faculty as a member of the Physical Training staff, a capacity in which he served until he retired. Plaxico, also an avid tennis player, served as an assistant track coach for five years and was in charge of Georgia Tech’s intramural program. 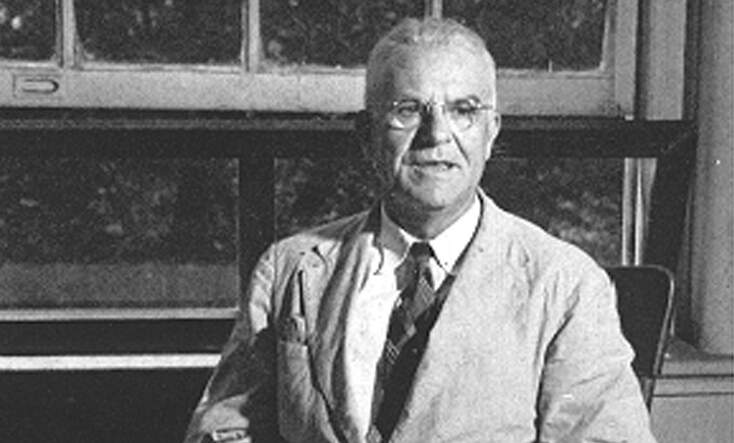 A professor of economics and social science, as well as the director of industrial management, H.E. Dennison served as Georgia Tech’s first golf coach from 1931-55. He shepherded a program which had already earned success on the national stage when Watts Gunn won the national collegiate championship in 1927. Collegiate golf was strictly a dual match sport in Dennison’s time, and Tech went three straight years from 1933-35 without losing a match.

Dennison had the distinction of coaching such standouts as Charlie Yates, the 1934 national collegiate champion, 1938 British Amateur champion and three-time Walker Cup team member, as well as the 1938 Southern Intercollegiate champion Tommy Barnes and 1948 Southeastern Conference champion Albert Swann. He also led the Yellow Jackets to their first NCAA Championship appearance as a team in 1947.