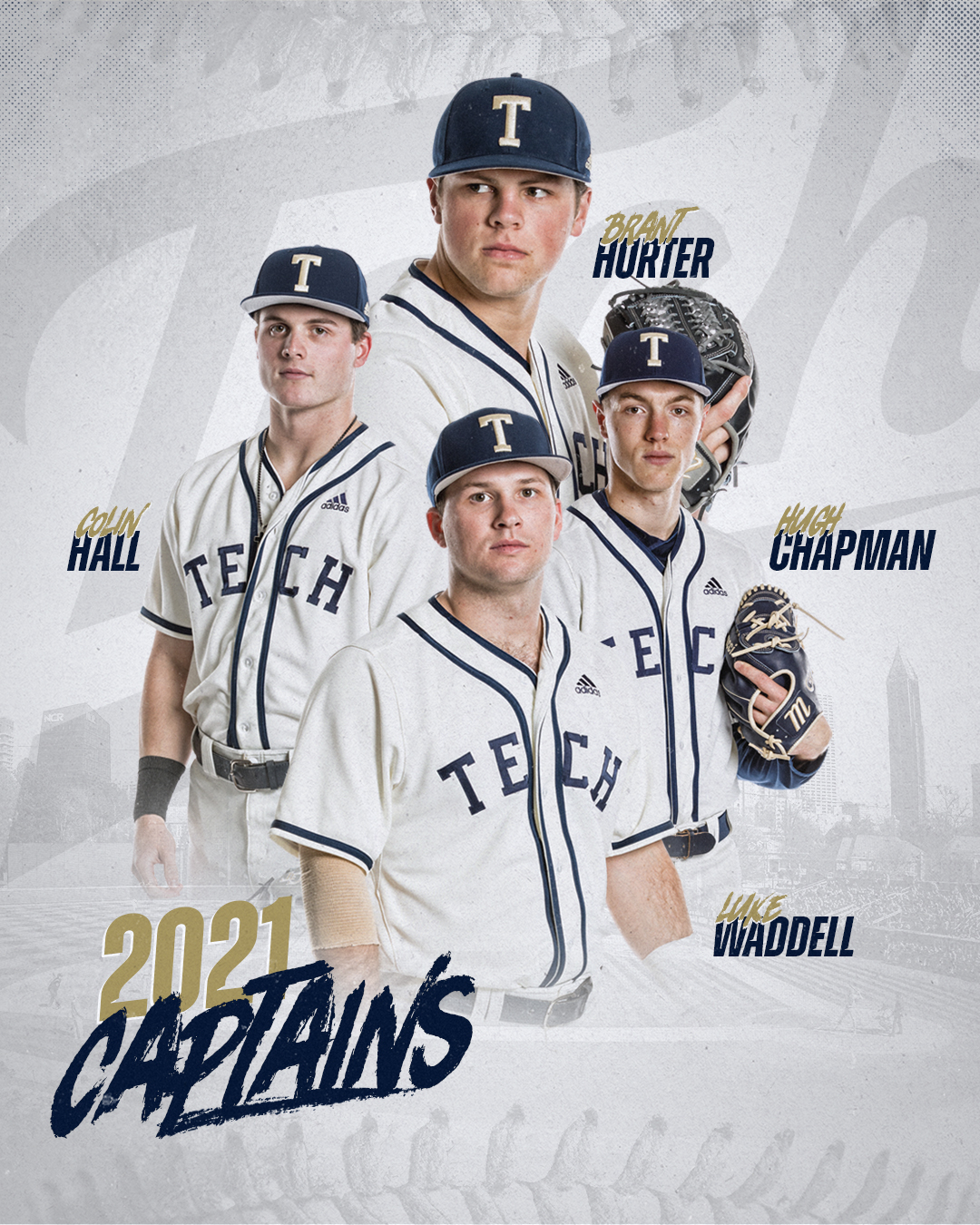 A three-year veteran of the Yellow Jackets bullpen, Chapman was off to his best start in 2020 before the season came to an end. In eight relief appearances, the Smyrna, Ga. native had worked to a 2.25 ERA, allowing just two runs and five hits, while striking out 12 and walking three. He held opponents to a .172 batting average. For his career, Chapman has appeared in 32 games and holds a career 2-1 record. One of his career victories came against archrival Georgia in front of the largest college baseball attendance of the 2019 regular season at SunTrust Park.

Missing the start just five times during his freshman campaign, Hall has started every game of his career since as a staple of the Georgia Tech outfield. In 134 starts in three years, the Alpharetta, Ga. native has consistently hit near .300, including his best year in 2019 when he hit .307 with a team-leading 18 doubles. Hall has played right, left, and center field for the Jackets as the junior has one of the best arms in the league. Off to slow start before the 2020 season ended, Hall had 13 hits, five doubles, a triple and a homer in 57 at-bats last year.

Georgia Tech’s ERA leader from two seasons ago, Hurter returns from an injury that sidelined him for the end of 2019 through 2020. Hurter’s 2019 start was electric as he posted a 2.42 ERA over nine starts and 10 appearances. He fanned 58 batters and held opponents to a .199 batting average, allowing just 13 earned runs overall. The Canton, Ga. native was perhaps his most dominant when he punched out 13 hitters against Northwestern in a pitcher’s duel that was decided after he was relieved. Hurter’s last appearance was April 28, 2019.

A 2021 preseason all-American, 2020 academic all-American, and shortstop of the year semifinalist, Waddell is coming off another stellar year as one of the nation’s best middle infielders and table setters. The Loveland, Ohio native hit .300 through 16 games last season, recording 18 hits, including four extra-base knocks, for nine RBI, while also drawing seven walks to average a .419 on-base percentage during his junior campaign. Over the last two seasons, Waddell has an .432 on-base percentage, a 10:1 at-bat-to-strikeout ratio and recorded a team-high 39-game on-base streak.

No. 15-ranked Georgia Tech opens up the season at home on Friday, Feb. 19 against Eastern Kentucky. First pitch is scheduled for 4 p.m. and will be broadcast live on ACC Network Extra and WREK 91.1 FM.