Georgia Tech captured the 2018 ACC Men's Golf Championship for the 9th time in the last 13 years. Chris Petefish birdied the 18th to seal the 5th-ranked Yellow Jackets' victory over No. 15 Clemson.

Tyler Strafaci rode a hot back nine to a final-round 68, and Chris Petefish dealt the clinching blow with a birdie at 18 as fifth-ranked Georgia Tech outlasted No, 15 Clemson to win the 65th Atlantic Coast Conference Men’s Golf Championship at the Old North State Club.

Petefish, who teed off the 18th hole with the Yellow Jackets’ just one shot ahead of Clemson, hit “my best tee shot of the weekend” near the corner of the fairway on the par-5, then hit a low liner on his second shot which came to rest in the middle of the green, some 20-25 feet from the hole, which was in the back. The senior from Danville, Calif., calmly rolled his first putt to within two feet, then after the Tigers’ Doc Redman finished off his par, tapped in to give the Jackets a two-shot victory.

With Clemson charging and overtaking the Yellow Jackets on the front nine, Tech needed someone to get hot.  Strafaci stepped up to birdie four of five holes to start the back nine, and the sophomore from Davie, Fla., added another at the 18th to finish off a 4-under-par 68. 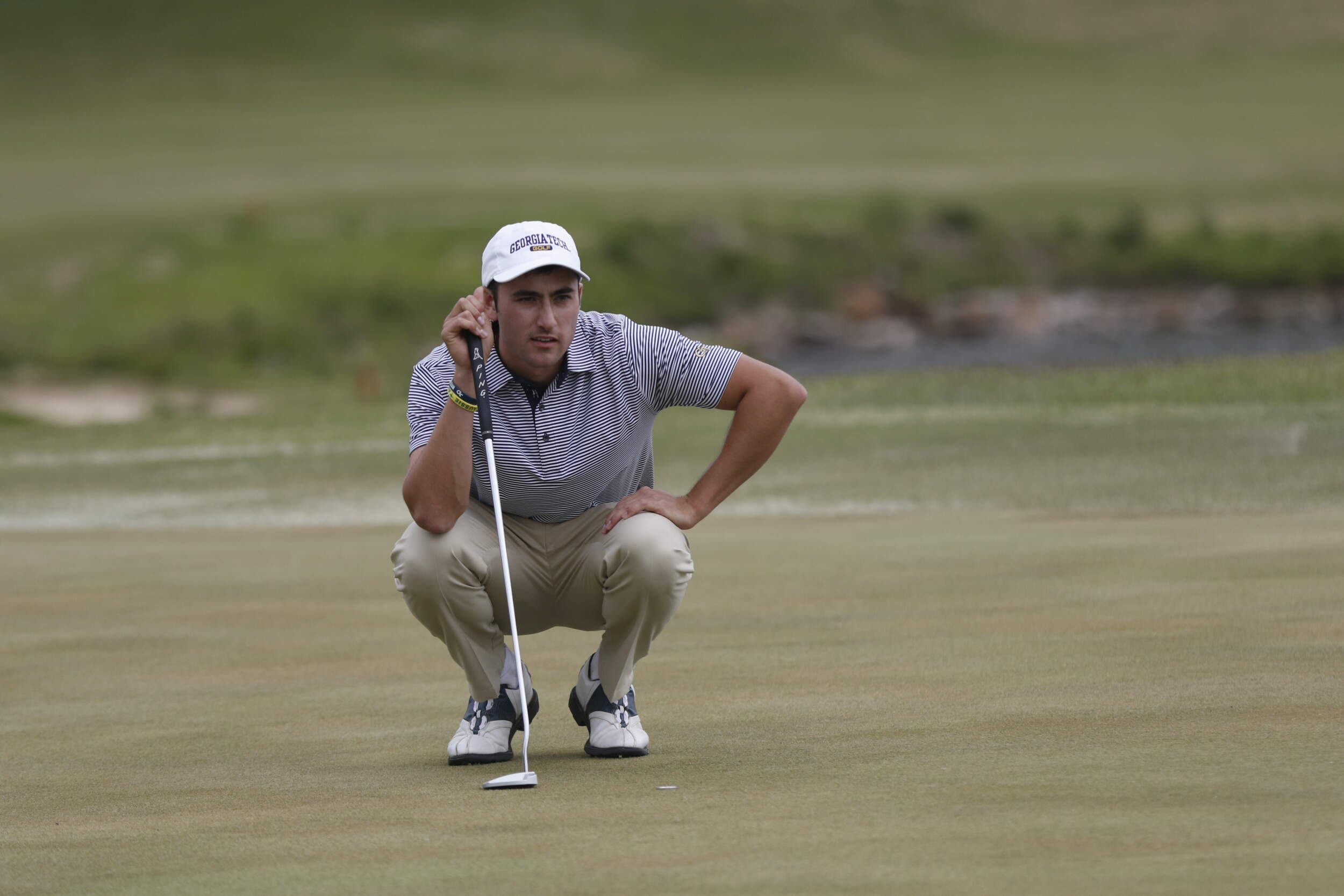 Senior Chris Petefish (above) drained the clinching putt on the final hole to hold off Clemson. Sophomore Tyler Strafaci (below) got hot on the back nine of the Old North State Club and shot a 68. 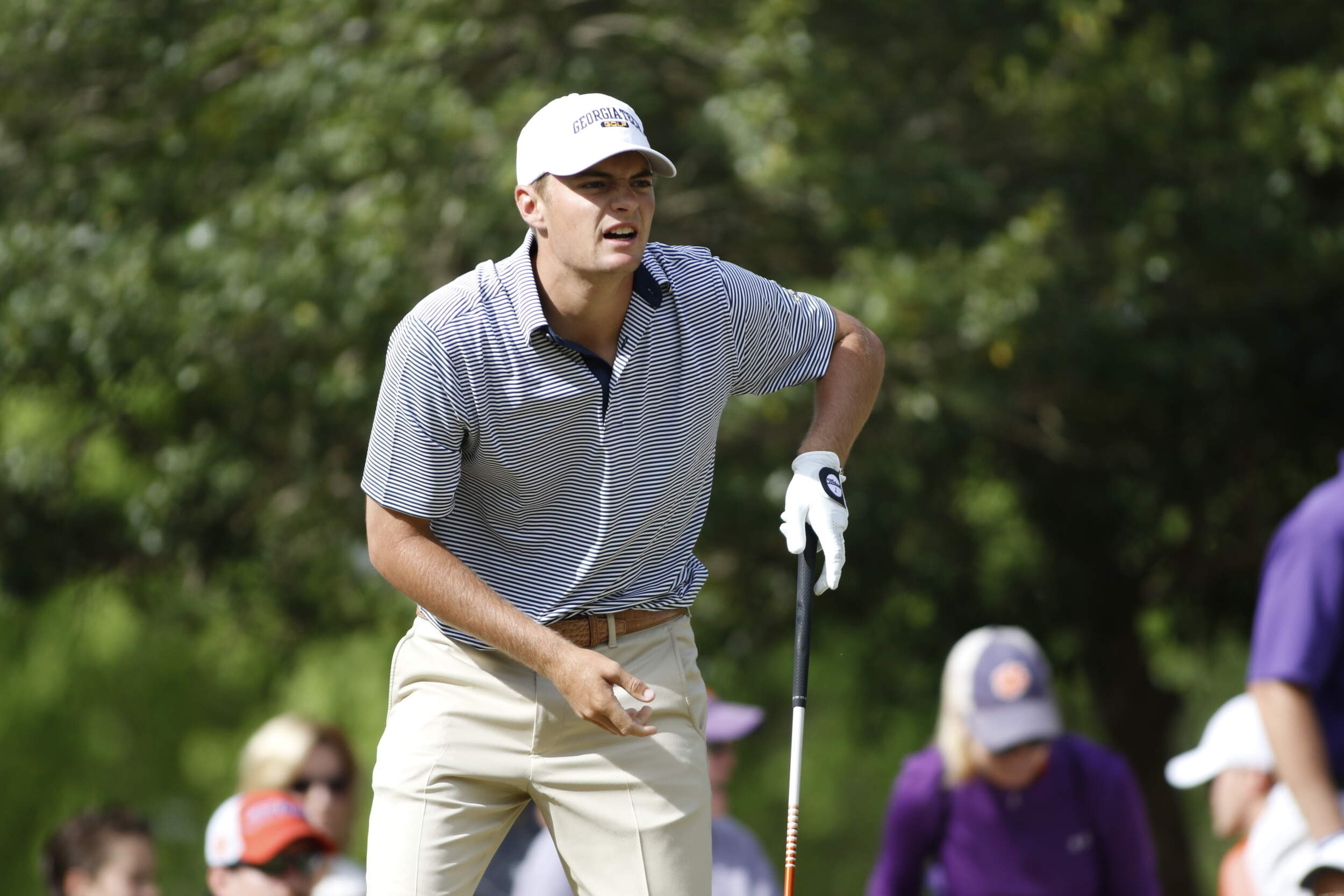