***TAILGATING UPDATE***
Georgia Tech’s on-campus tailgating policy for Saturday’s game versus Clemson will remain the same as the first two home games of the season. Tailgating will not be permitted on campus. Lots will open two hours before kickoff (10 a.m.). Stadium gates will open 90 minutes before kickoff (10:30 a.m.). Discounted stadium concessions items are available for the first hour after gates open (10:30-11:30 a.m.). For more details, please click HERE for previous announcement. 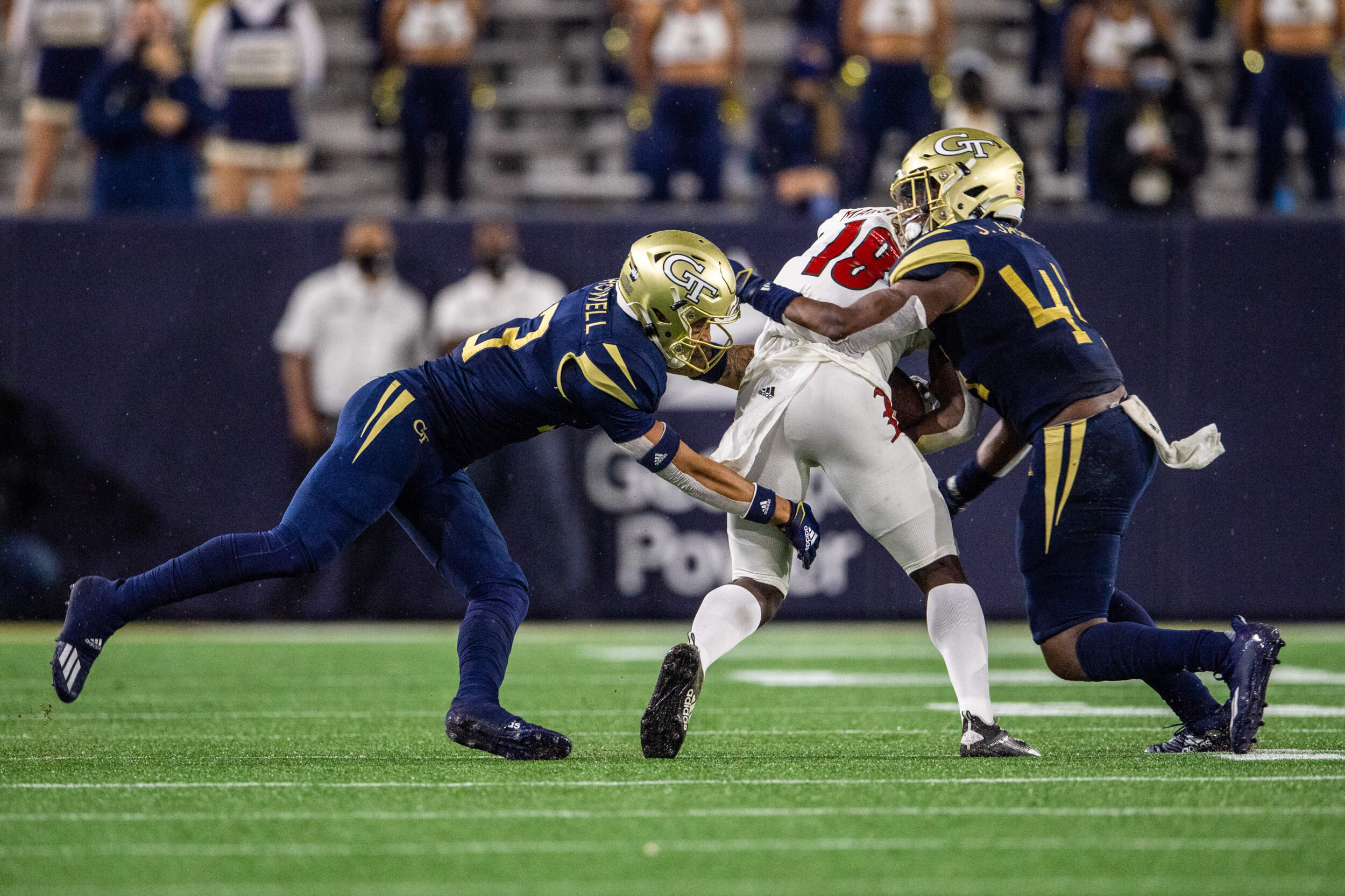 Junior linebacker Quez Jackson (44) has led Georgia Tech in tackles in three of its four games this season (nine at FSU, nine vs. UCF and nine against Louisville). With 33 tackles through four games, Jackson is the first Yellow Jacket to record at least 30 tackles over the first four games since Julian Burnett in 2011 (36).

• Fresh off of its most impressive win of the Geoff Collins era, a 46-27 triumph over Louisville last Friday night, Georgia Tech hosts top-ranked Clemson at Bobby Dodd Stadium on Saturday.

• Clemson is Georgia Tech’s fourth-most common opponent all-time, as the teams are meeting for the 86th time on Saturday in a rivalry that dates back to 1898. Tech and Clemson have met annually since the Yellow Jackets joined the Atlantic Coast Conference in 1983. The Jackets lead the all-time series, 50-32-2*, including a 44-15-2 advantage in games played in Atlanta.
*Georgia Tech’s win in 2009 ACC Championship Game was vacated due to NCAA sanctions

• Saturday’s game will be televised nationally on ABC, Georgia Tech’s third game on the network this season. The Yellow Jackets’ three regular-season games on national network television (ABC/CBS/FOX/NBC) are their most since 2008.

• Georgia Tech true freshman quarterback Jeff Sims was named ACC Rookie of the Week for the second time this season after throwing for 249 yards, rushing for 64 and accounting for three touchdowns in last Friday’s win over Louisville. He is the only quarterback in the nation that has passed for at least 240 yards and run for 60 yards or more in three games this season. The feat has been accomplished only 12 times total across NCAA Division I FBS this season and Sims is the only freshman (true or redshirt) that has achieved it even once.