THE FLATS – Georgia Tech linebacker David Curry was granted a sixth year of athletic eligibility by the NCAA on Thursday.

With the additional year granted, Curry becomes a junior eligibility-wise and will have two seasons of eligibility remaining. He was granted the additional year due to not playing in two of his first four seasons with the Yellow Jackets. He redshirted as a true freshman in 2015 and missed the entire 2017 season due to injury.

“I would just like to thank all of the Georgia Tech staff that has helped me thus far,” Curry said. “Special thanks to GT sports medicine and compliance for always being of great help. I’m extremely excited to be able to stay at this great Institute and remain a member of this special football team for an additional year.” 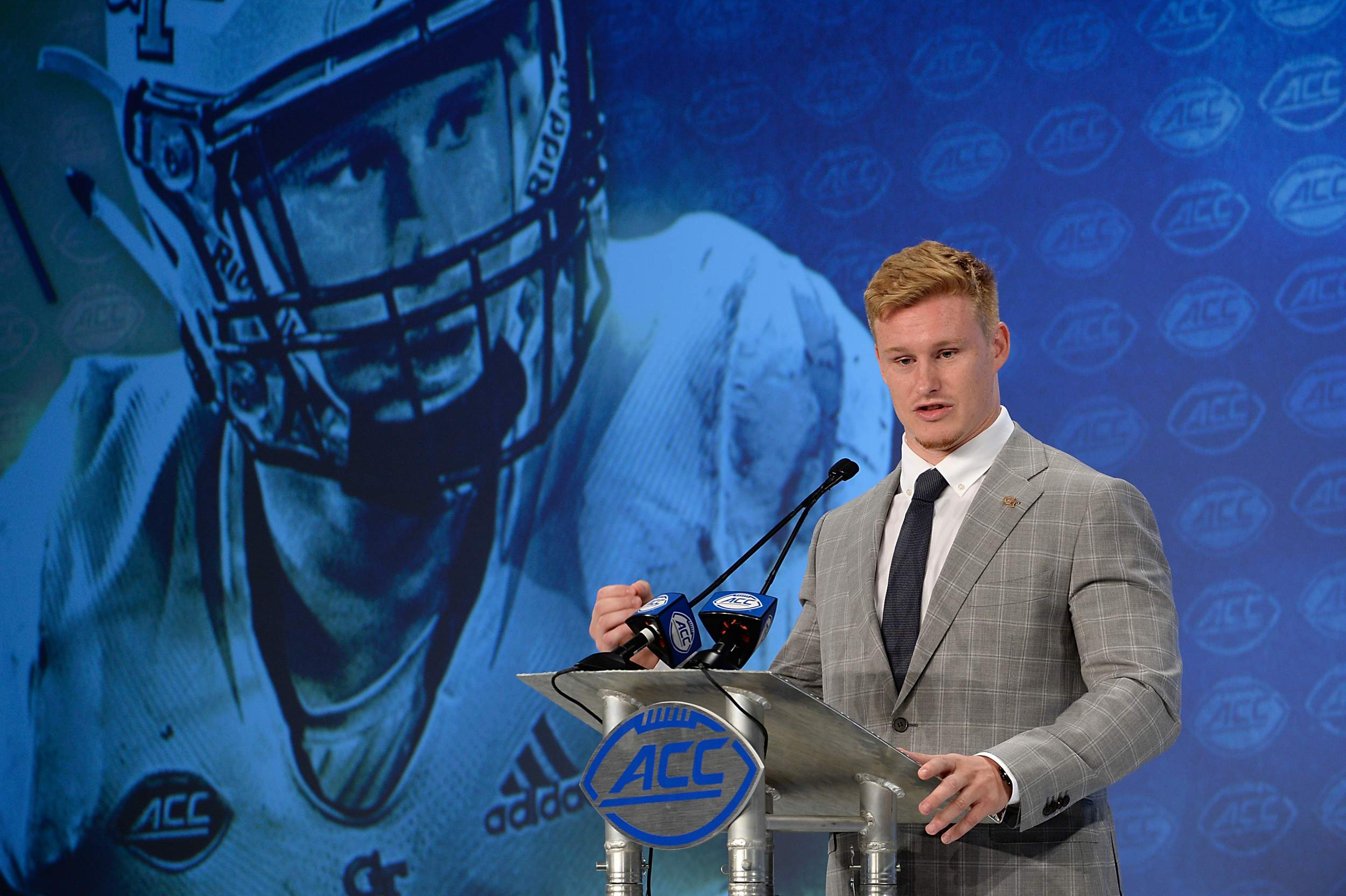 Curry has played in 26 games and made 13 starts at linebacker in two seasons as a Yellow Jacket. He started 12 of Georgia Tech’s 13 games last season and ranked sixth on the team with 47 tackles to go along with an interception and a fumble recovery, which he returned 15 yards for a touchdown. He also made one start and recorded 12 tackles as a redshirt freshman in 2016.

“I’m happy for David and for our entire organization because we will now have another year with an outstanding player and leader on the field and in the locker room,” Georgia Tech head coach Geoff Collins said.

Curry and the Yellow Jackets officially open fall camp on Wednesday, July 31, in preparation for their 2019 season opener at Atlantic Coast Conference rival Clemson on Aug. 29. The opener at Clemson will kick off at 8 p.m. and be the first live football game ever televised on the ACC Network.