“We are excited to welcome Zeke to our staff,” Hall said. “As a team captain at Louisville who played in two College World Series, he will be instrumental in leading and developing our catchers.” 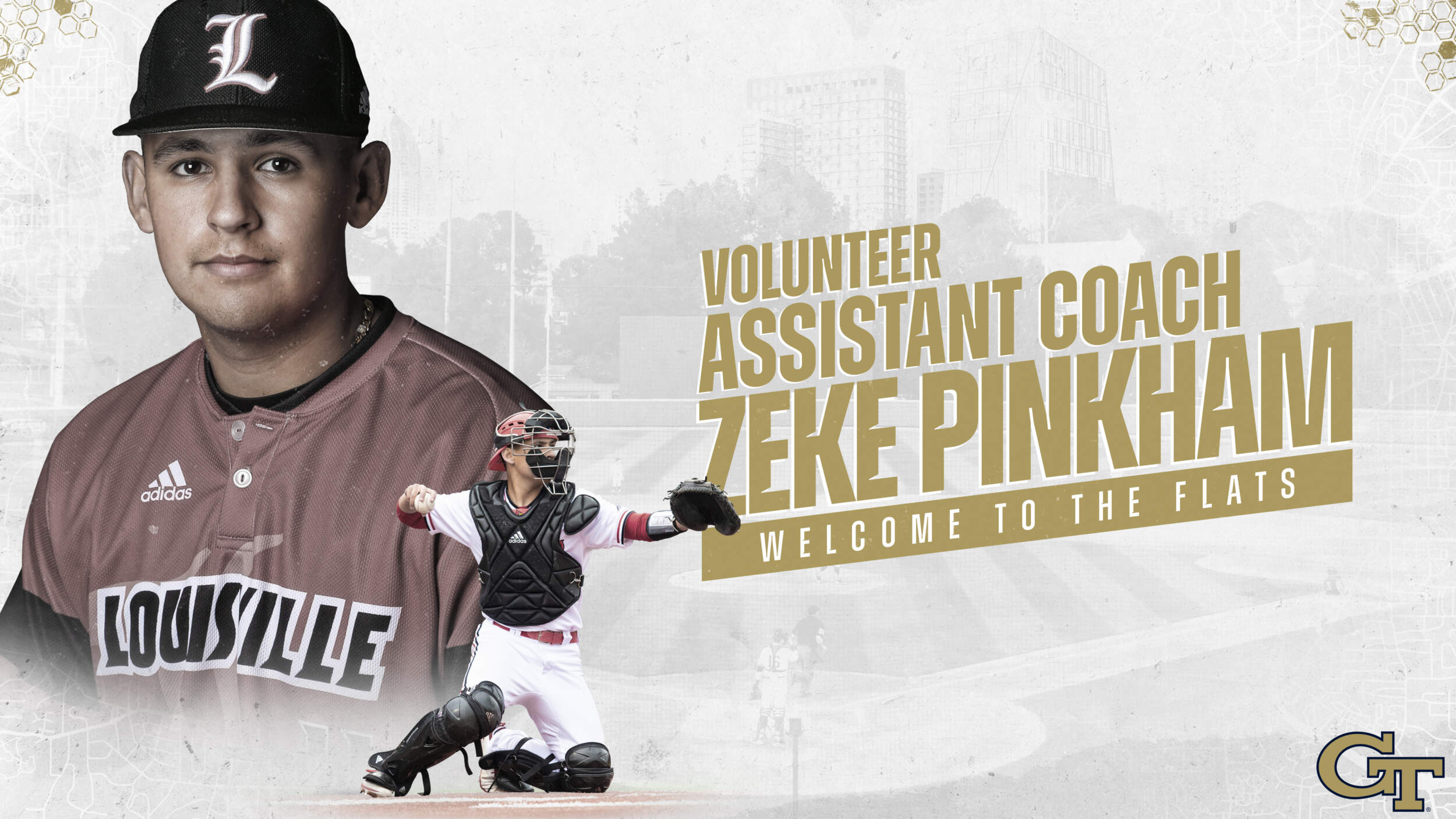 Pinkham comes to The Flats after spending a year as the graduate assistant coach at his alma mater, Louisville. Primarily working with catchers, he mentored Buster Posey Award watch list member Henry Davis, who threw out 52 percent of baserunners during their shared time. Pinkham also assisted in hitting development and saw the Cardinals hit .323 for the season, ranking third in the country.

“I am so excited to join the program at Georgia Tech,” Pinkham said. “They have expectations every year to get to Omaha and their staff is second to none. It is an incredible opportunity to be able to work with Hall of Fame coach Danny Hall and all-star coaches Danny Borrell and James Ramsey. I can’t wait to help continue the rich tradition of Georgia Tech baseball and help the Yellow Jackets get back to the College World Series.”

Prior to coaching, Pinkham was a three-year starting catcher under Dan McDonnell, appearing in two College World Series (2017, 2019). He hit a career-best .324 his senior year, helping captain the Cardinals to Omaha where en route he earned 2019 NCAA All-Louisville Regional Team honors. He recorded 46 hits, 10 doubles and two home runs for 29 RBI.

WHAT THEY’RE SAYING ABOUT ZEKE PINKHAM:

“We had the pleasure of coaching Zeke through a very successful college career. Like many, he went through some tough times fighting through injuries but overcame, finished strong and got to play in two College World Series while being selected team captain, the greatest honor one can receive from teammates. Zeke excelled in his role as our graduate assistant getting a chance to be on the coaching side of things. He’s a competitor and a winner and will do a great job of helping players get better. I’m excited for his opportunity to work with Coach Danny Hall and his staff.” – Dan McDonnell, Louisville head baseball coach

“Zeke Pinkham is a young and upcoming rising star in the college baseball world. A hard-working professional who knows the game, yet is motivated to constantly learn. He will inspire players to reach their full potential on and off the field. Great hire, Georgia Tech just got better!” – Eric Snider, Louisville hitting coach/recruiting coordinator

“I had the opportunity to be teammates with Zeke for one year at Louisville. I knew right away he was up for any challenge thrown his way. He knows how to put in the work to make himself and his teammates better. He knows what it takes to win and there’s no question in my mind he will have a successful college coaching career. Georgia Tech is lucky to have him and will be an even better program with him there.” – Will Smith, Los Angeles Dodgers catcher