OMAHA, Nebraska – Georgia Tech junior catcher Joey Bart was named as one of five finalists for the 2018 Dick Howser Trophy presented by The Game Headware, given to the top college player of the year, the National Collegiate Baseball Writers Association (NCBWA) announced on Thursday.

The winner will be announced on Saturday, June 16, at an 11 a.m. (ET) national news conference at TD Ameritrade Park – home of the 72nd annual NCAA World Series.

Bart, who was recently selected No. 2 overall by the San Francisco Giants in the 2018 Major League Baseball First-Year Player Draft to become the highest draft pick in Tech’s baseball history, joins Jason Varitek (1994) and Mark Teixeira (2000) as the only Yellow Jackets to be named finalists for the Dick Howser Trophy. Both went on to win it.

Also a finalist for the 2018 Johnny Bench Award, Bart had a superb junior season in 2018 that saw him named the Atlantic Coast Conference (ACC) Player of the Year, ACC Defensive Player of the Year and earn a spot on the all-ACC first team.

Each finalist embodies the major principles of character, leadership, desire, and competitive spirit exhibited by Dick Howser, the all-America shortstop and later head coach at Florida State before managing the Kansas City Royals to the world championship in 1985. He also is the namesake for Dick Howser Stadium at FSU. 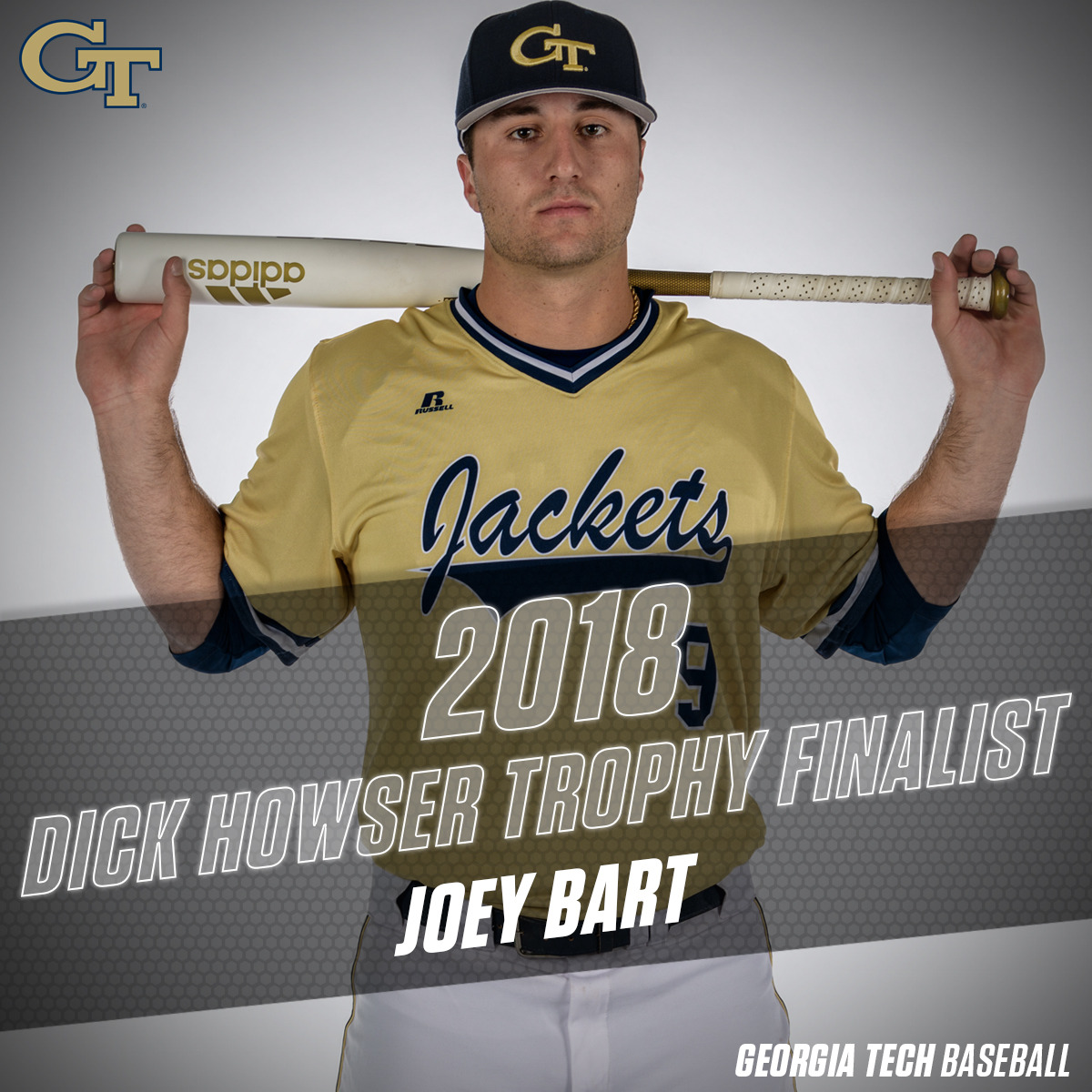