Bart Picks Up Another All-America Honor

The 2018 Atlantic Coast Conference (ACC) Player of the Year, ACC Defensive Player of the Year and a first-team all-ACC selection, Bart finished the regular season leading the ACC in hitting with a .359 average overall. He also closed out his season tops on the team and ranked second in the league in slugging percentage (.632) and hits (79), while also posting a team-high in home runs (16), runs scored (55) and on-base percentage (.471), which all ranked in the top 10 in the ACC.

The Buford, Ga. native posted a season-high 16-game hitting streak, the longest of the year for a Yellow Jacket player, and totaled 24 multi-hit games on the season overall, which included a pair of multi-home run games. 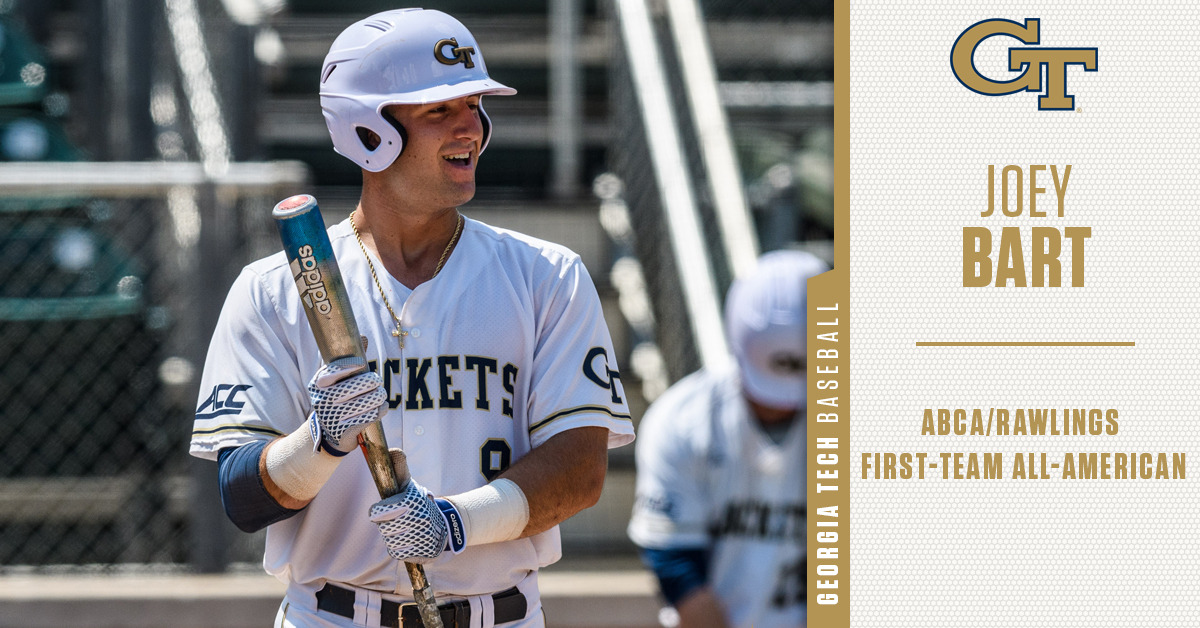