Andy Ogletree reflects on his run to the U.S. Amateur championship

Officially a senior business major as of August 19, when fall classes began at Tech, Andy Ogletree rallied remarkably from four holes down to become the third Yellow Jacket to win perhaps golf’s most rigorous competition just a day before.

His was a grueling week: 149 holes of competitive golf, the last 113 in head-to-head match-play. And it kicked off a whirlwind month for the Little Rock, Miss., native, who went back to Pinehurst just a week later to practice for the Walker Cup, a semi-annual, Ryder Cup-style team competition between America’s top amateur golfers and those from Great Britain and Ireland combined. Team USA retained the trophy at Royal Liverpool Golf Club in Hoylake, England.

But he was tuckered out after a 2&1 win over John Augenstein, a burly Vanderbilt senior who was one of his Walker Cup teammates.

“I’ve had about 10 minutes to myself (in three days),” he said during the few days in between. “I’ve been pulled in a lot of different directions. It comes with it, but I wouldn’t trade it for sure . . . a lot of interviews, a lot of media stuff, and trying to go to class, workouts, and trying to get some practice in, too, because it’s not really slowing down golf-wise.”

Ogletree is the third Georgia Tech golfer to win the U.S. Amateur along with Bobby Jones (who won five between 1924-‘30, all after graduating) and Matt Kuchar (who won in 1997 as a rising sophomore).

The gauntlet started on a Monday with 312 golfers from around the world. After two days of stroke play, 18 holes time, the field is whittled to 64. From there, it was match play for five days as the field was trimmed to two, with two matches on Thursday, and a 36-hole final on Sunday.

In a way, he returned to Tech-connected history.

That’s a lot of history, a lot of weight. 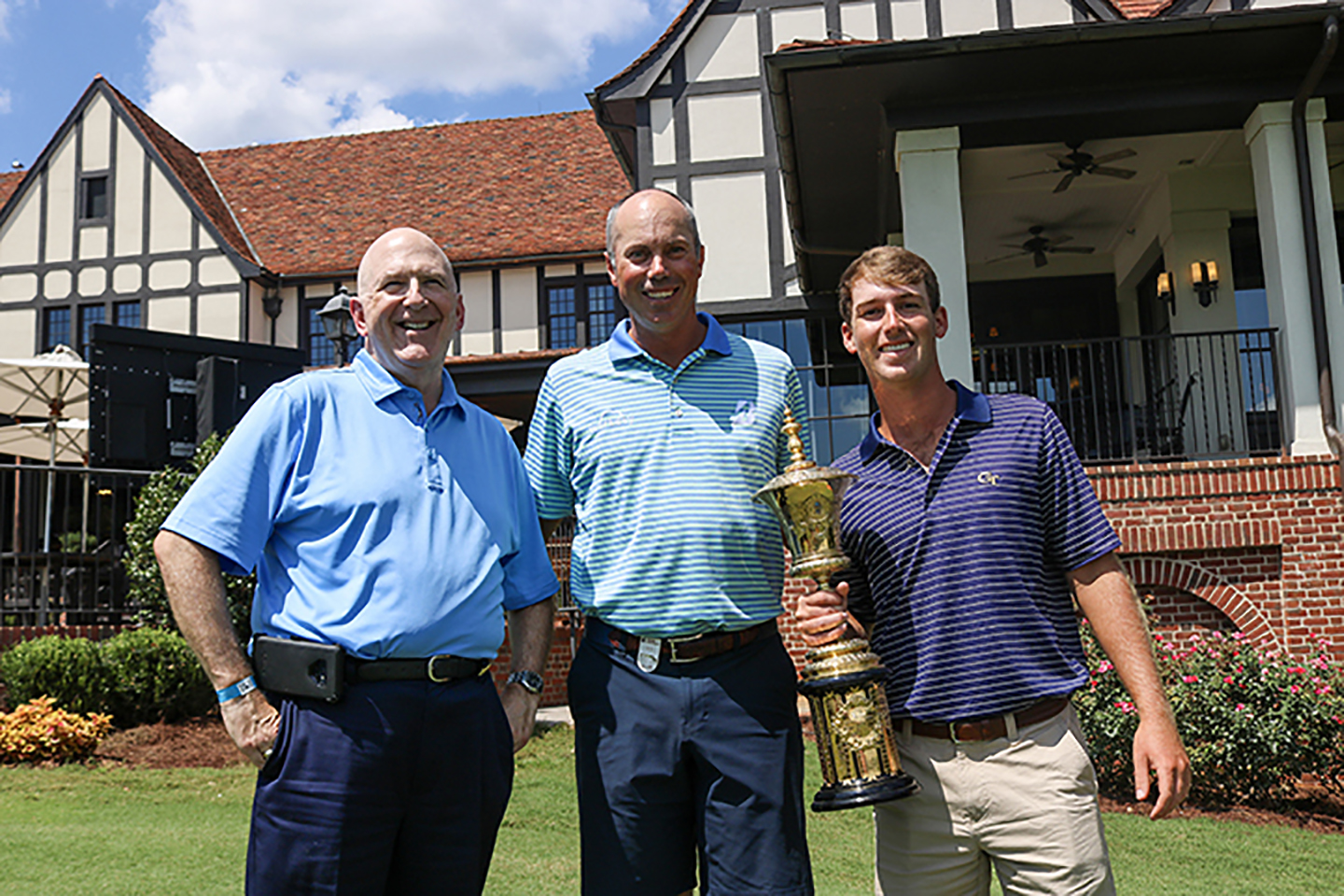