What’s in a Number (Basketball Style)?

THE FLATS – Spring and summer is the time for Tyler Benson, director of operations for Georgia Tech’s men’s basketball team, to begin ordering equipment, workout apparel and uniforms for the next season. Before he can begin doing that, the Yellow Jackets have to assign jersey numbers to newcomers, and in some cases returning players change theirs.

Georgia Tech’s five incoming players – three freshmen and two transfers – have been assigned jersey numbers for 2020-21, and one of the returning Jackets is changing his. The process for gathering the players’ preferences can take some time during the course of the spring, and in some cases, they don’t get their first choice for a variety of reasons.

Other times, switches are made by returning players, such as senior guard Bubba Parham, who after the departure of forward Evan Cole asked to switch from No. 11 to No. 3, a number which has a proud history in Yellow Jacket lore. It also was the number Parham wore during his two prolific years at VMI and at Brookwood High School.

No. 3 may be the most accomplished number in Tech history. Before Cole wore it, the number was donned by forward Marcus Georges-Hunt and renowned point guards Jarrett Jack, Tony Akins, Stephon Marbury and Travis Best, all of whom were high-scoring players for the Jackets. Best, Akins and Georges-Hunt all rank among the top 12 career scorers in Tech history, while Jack, a three-year player, ranks No. 27. 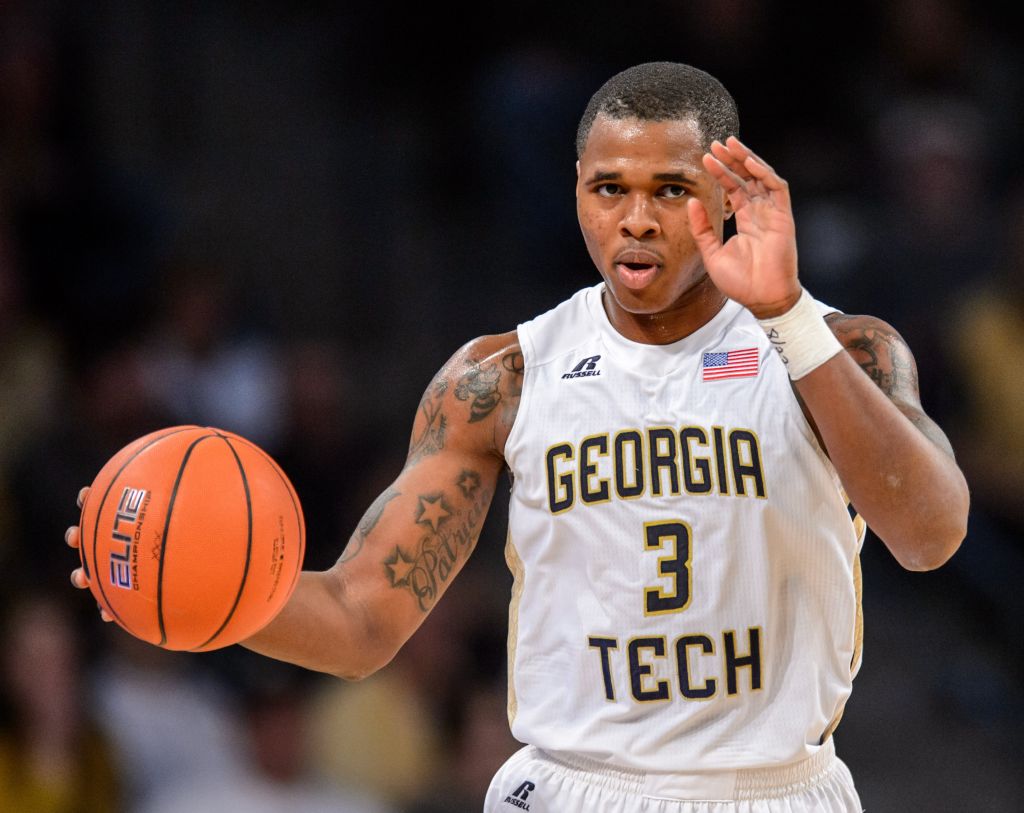 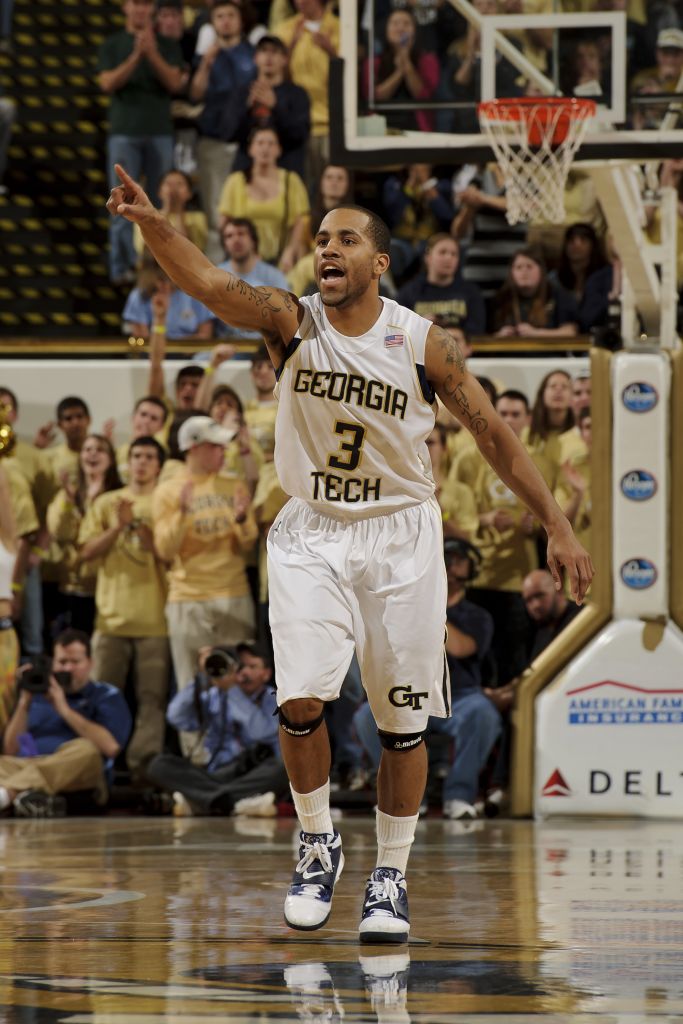 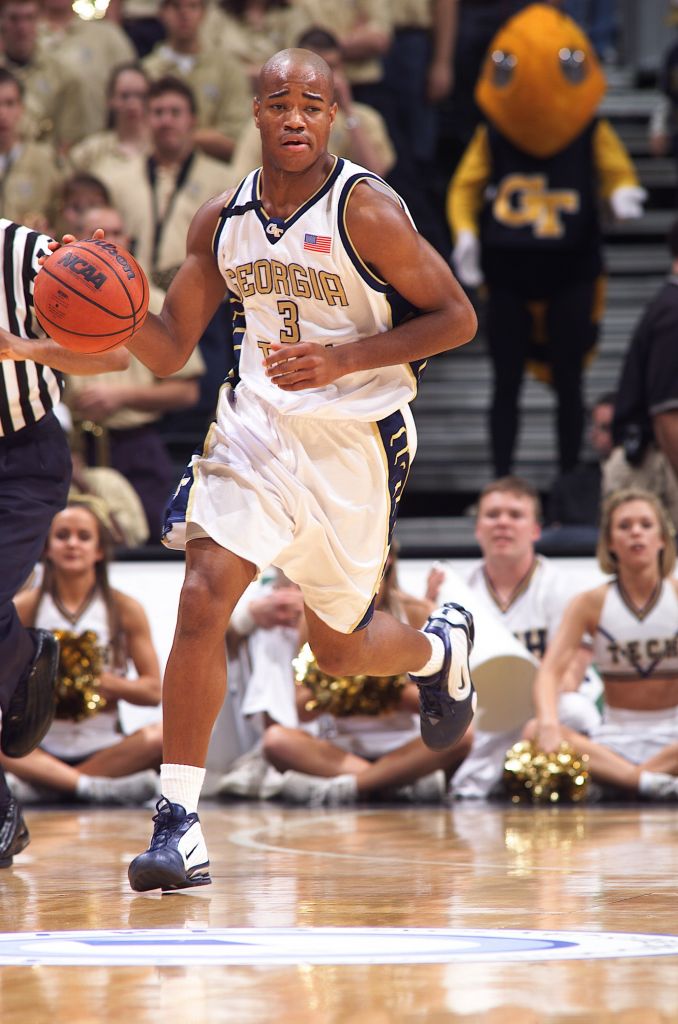 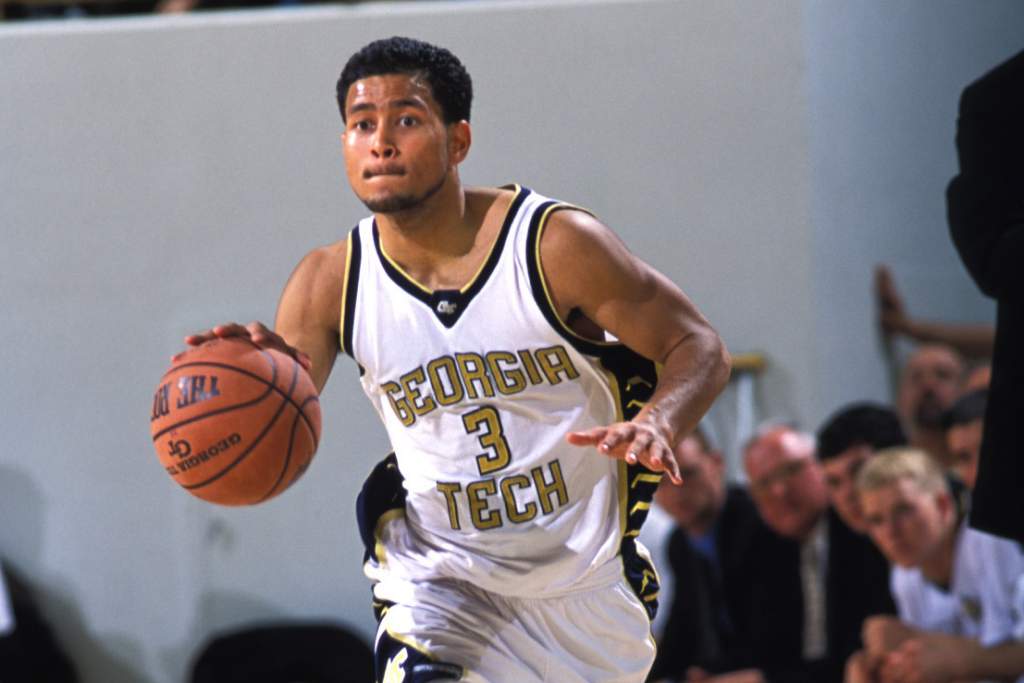 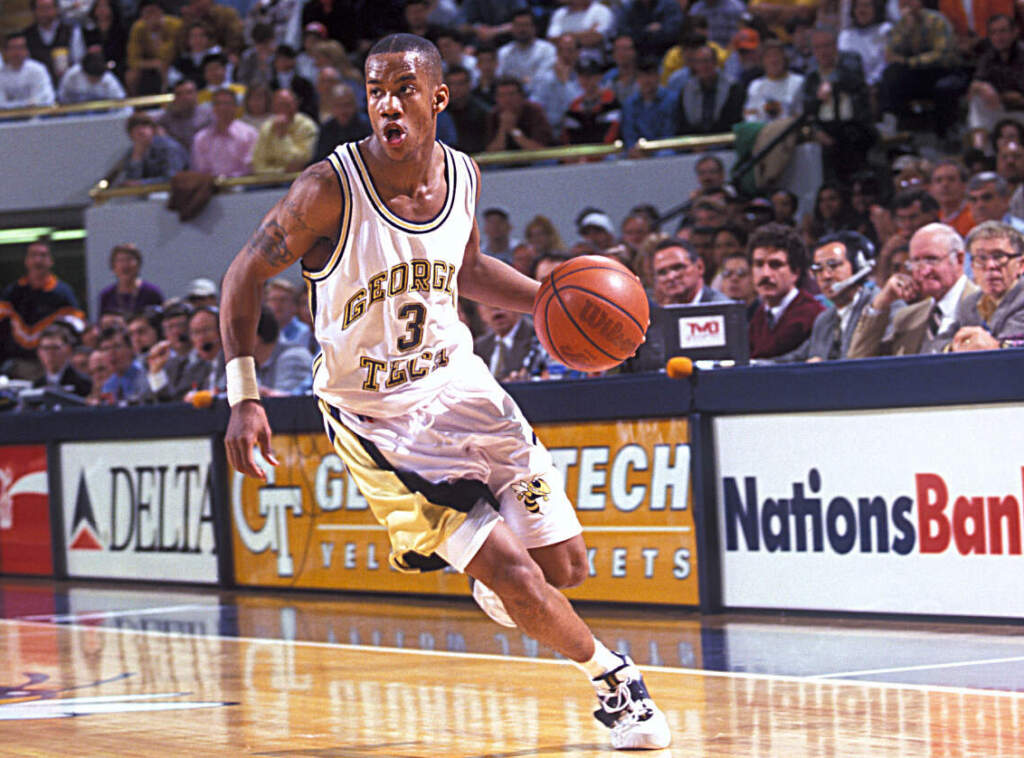 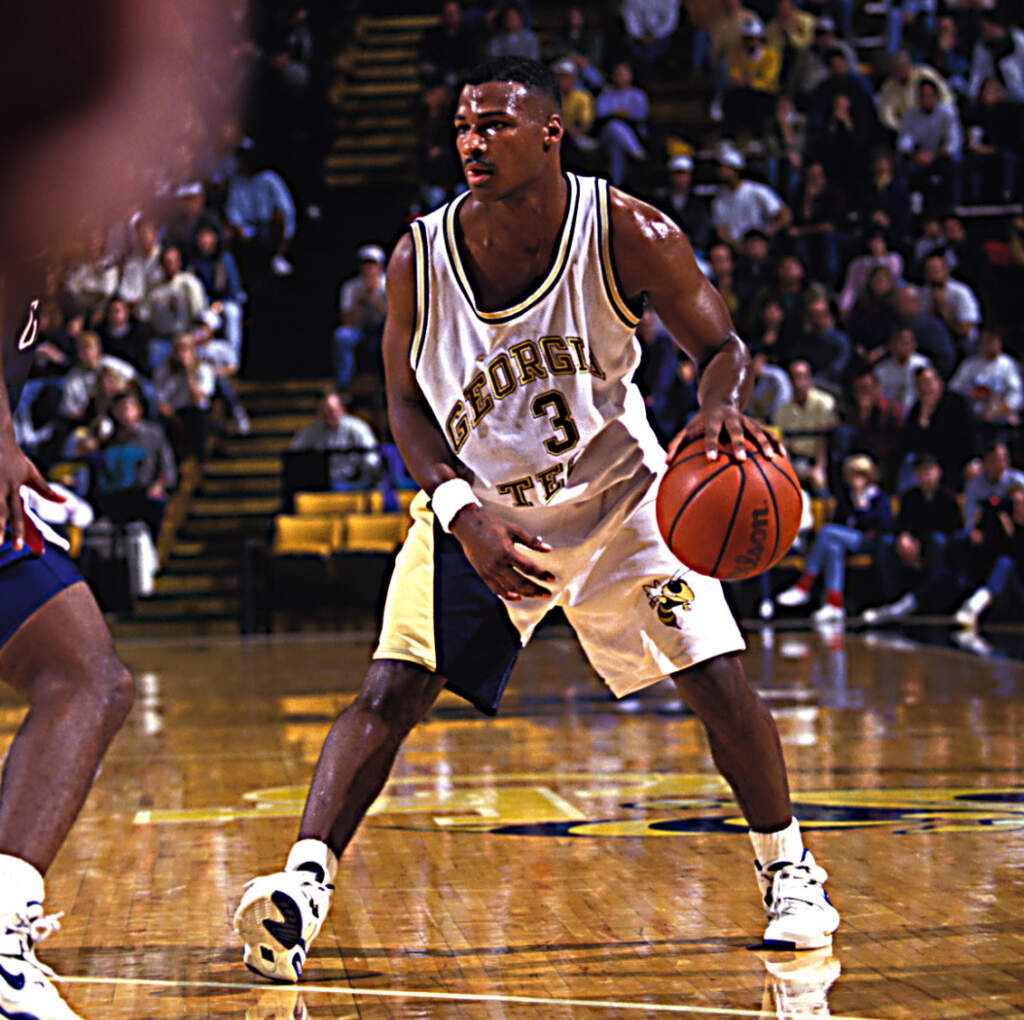 Transfers Kyle Sturdivant (1) and Rodney Howard (24) are able to wear the same jersey numbers they donned at their previous schools (Southern California and Georgia, respectively). No. 24 was vacant last season at Tech, while No. 1 was worn by ACC All-Defensive team center James Banks III, whose eligibility expired.

Notable players to wear No. 1 include B.J. Elder, who currently serves as Tech’s director of player personnel, starred on Tech’s 2004 NCAA runner-up team and ranks 14th in career scoring, and NBA veteran Iman Shumpert, who earned All-ACC and ACC All-Defensive team honors during his career from 2008-11. 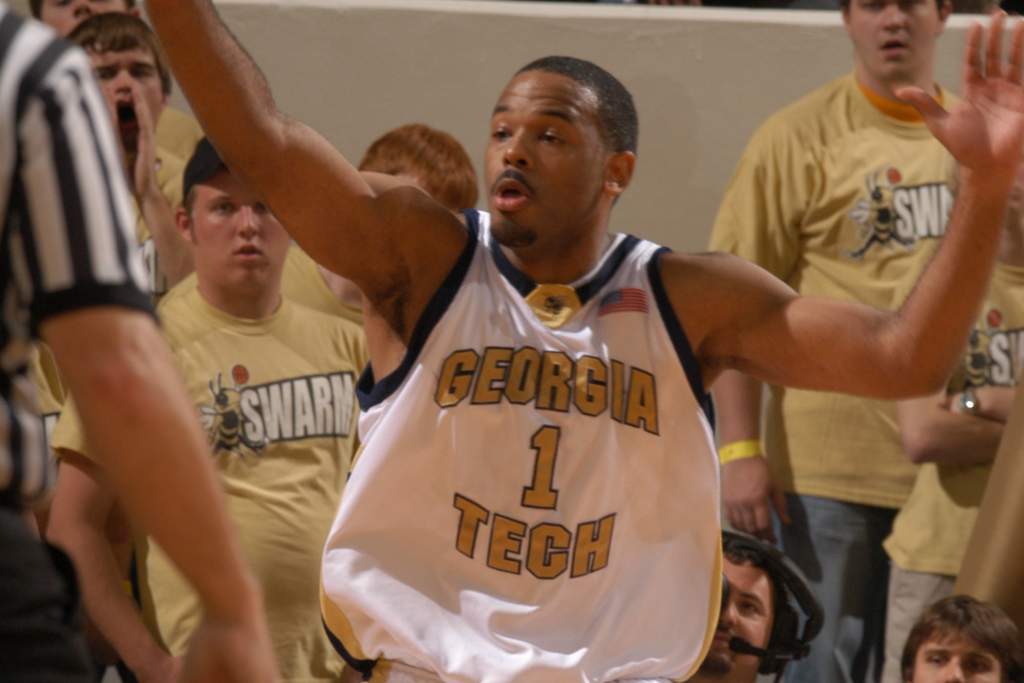 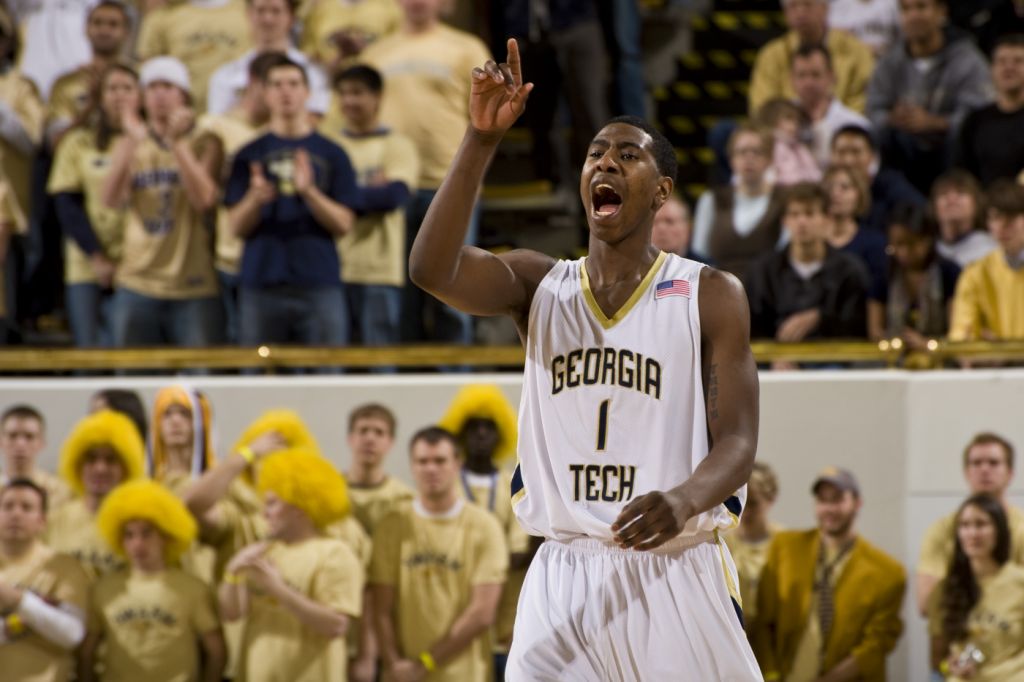 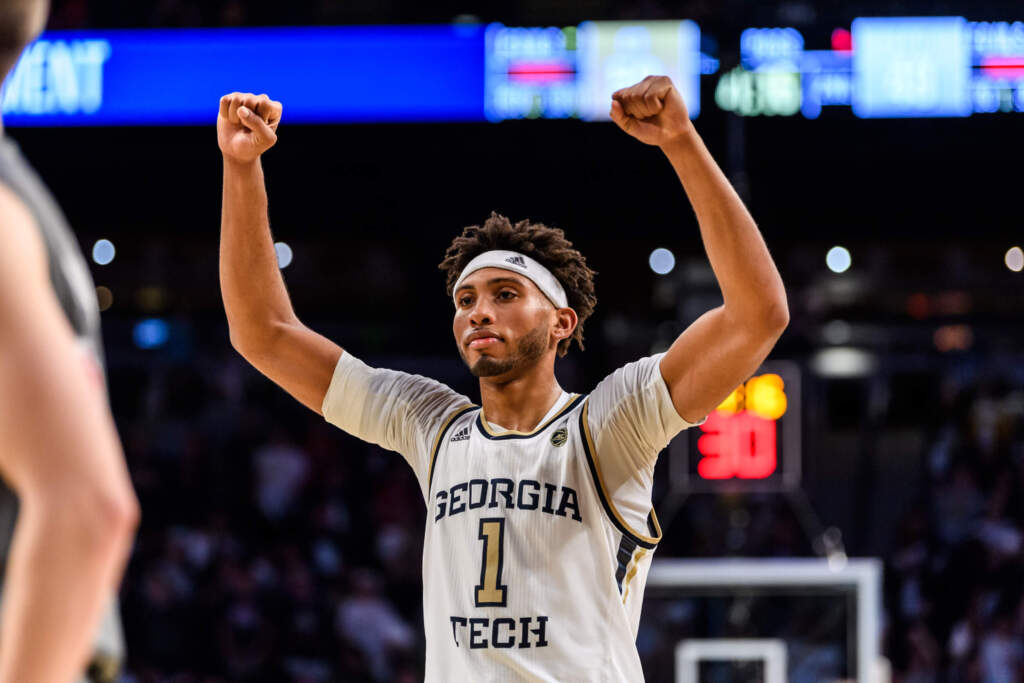 No. 24 has a distinguished history in Tech annals, having been worn by recent four-year forward Kammeon Holsey, 2004 Final Four guard Marvin Lewis and late 1990s forward Michael Maddox, both of whom were 1,000-point scorers, and sharpshooting guard Fred Vinson, a longtime assistant coach with the New Orleans Pelicans. Further back, the number was worn by All-Metro Conference forward Jim Wood and Tech Hall of Famers Phil Wagner and R.D. Craddock. It was last worn by center Sylvester Ogbonda from 2017-19. 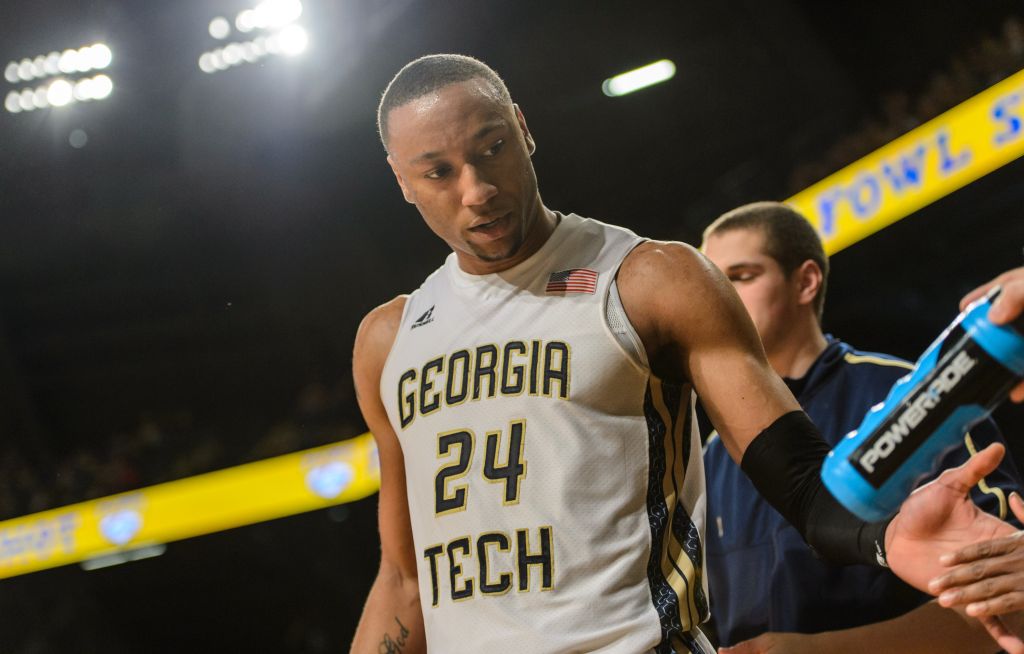 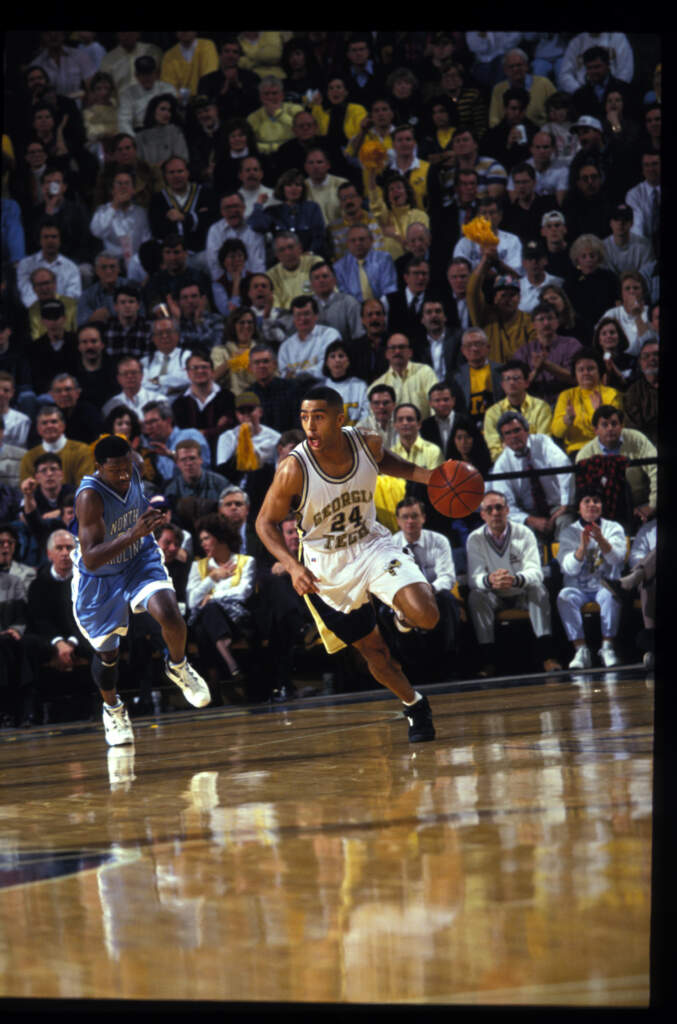 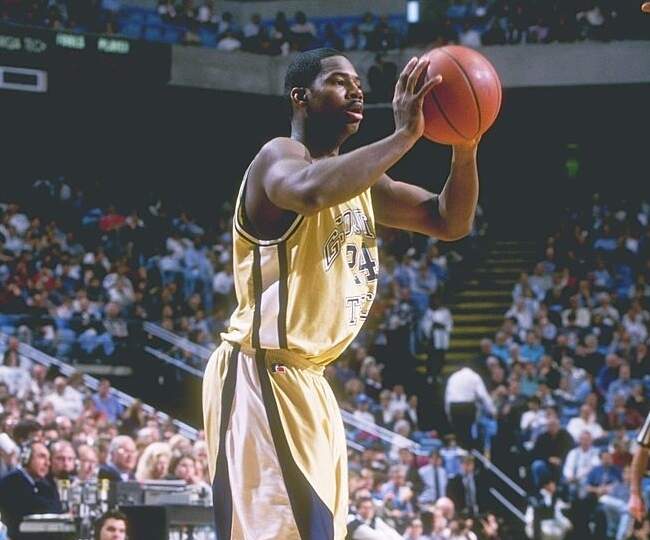 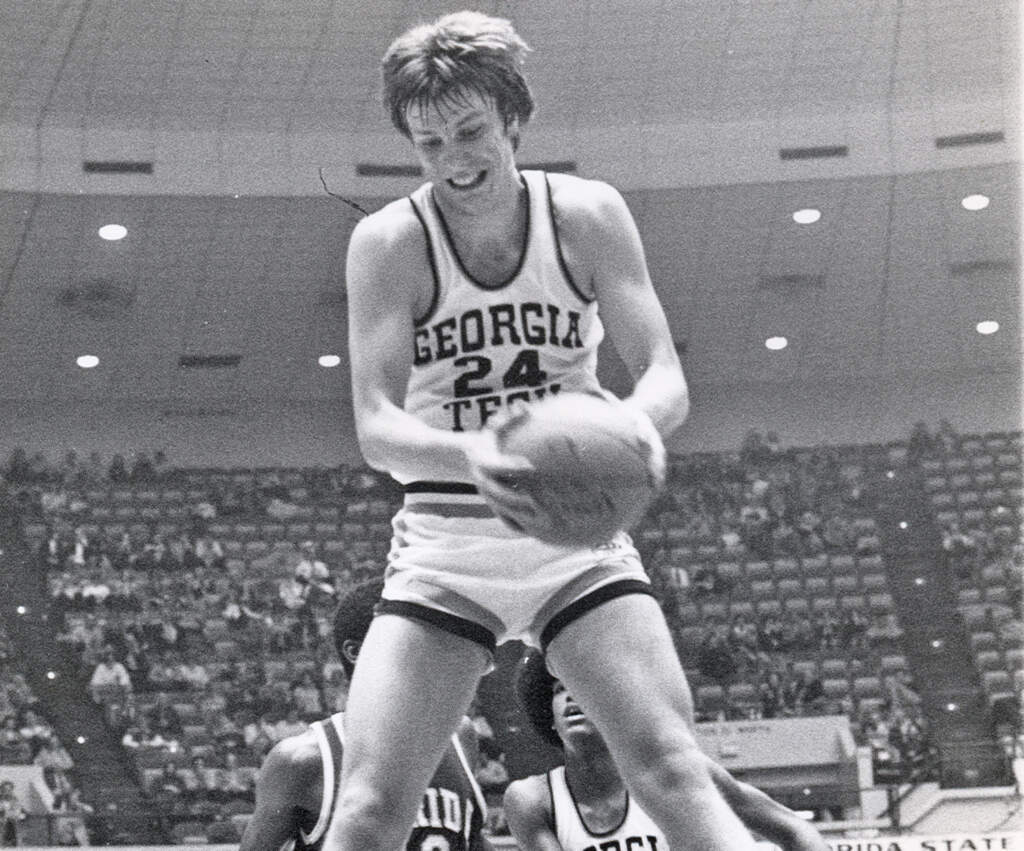 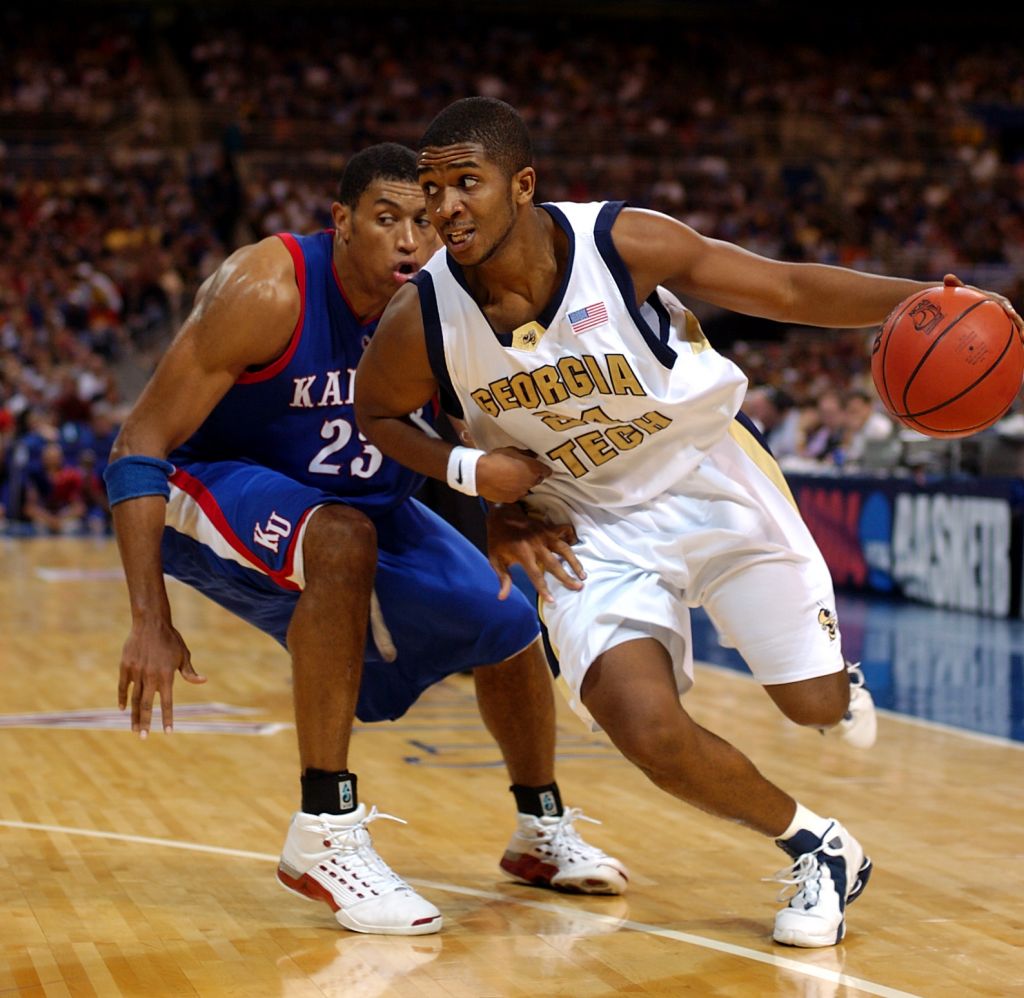 Freshman guard Tristan Maxwell chose No. 11, the number worn by Maxwell’s father, Vernon, during his most successful NBA years with the Houston Rockets, and with the San Antonio Spurs. Maxwell wore jersey No. 12 at North Mecklenburg High School, but that number is currently being worn by rising junior forward Khalid Moore.

No. 11 has been worn almost exclusively by guards over the years, but was last worn by walk-on forward Evan Jester, and before that point guard Josh Heath (2015-17). Will Bynum, a star guard on Tech’s 2004 NCAA runner-up team, and Shaun Fein, current head coach in the G League also wore No. 11. 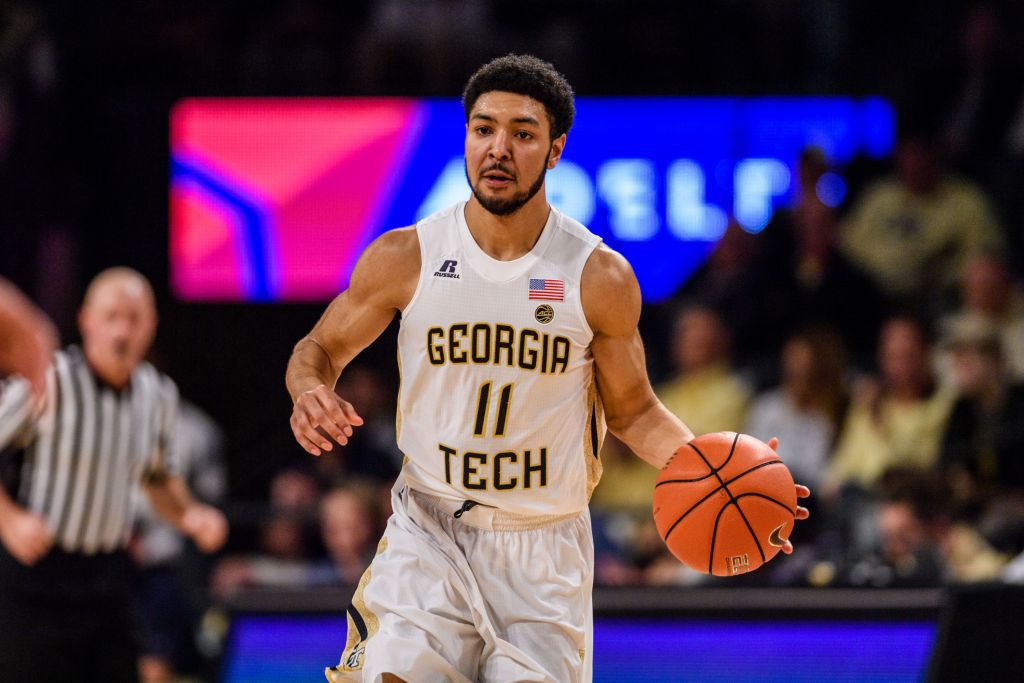 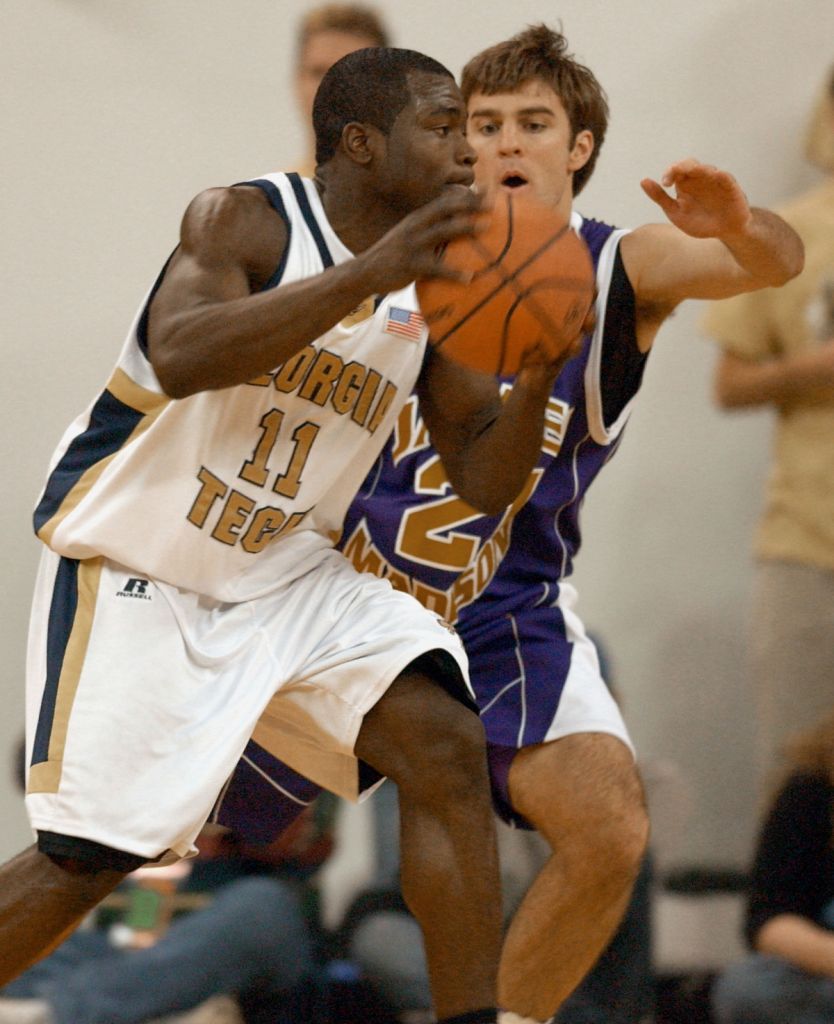 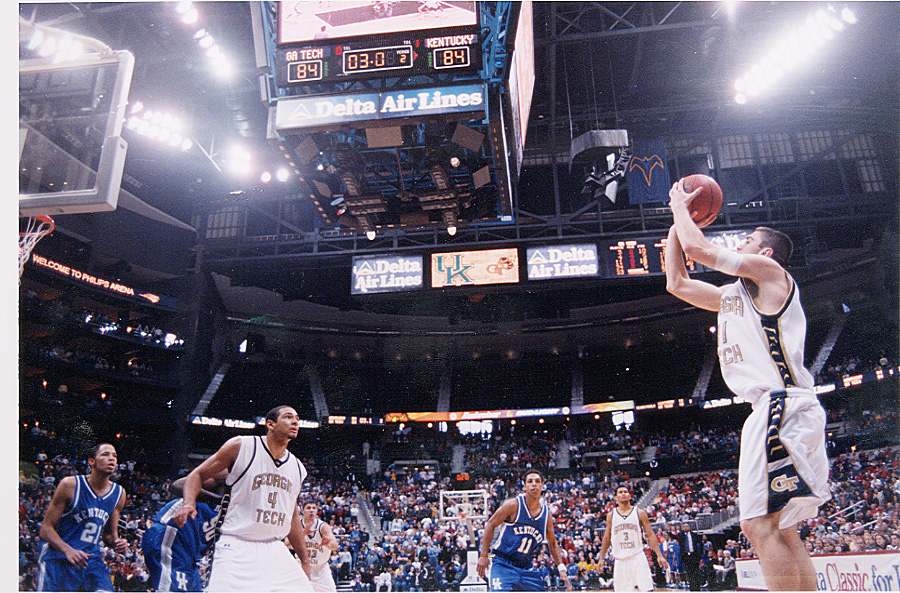 Freshman Saba Gigiberia, a native of the Republic of Georgia who spent the past two years in the United States, wore No. 5 last year for Prolific Prep Academy in California, a number current worn by rising senior Moses Wright, who himself changed to No. 5 after wearing No. 12 as a freshman. Instead, the 7-1 center chose No. 2, vacated by 2020 graduating senior Shembari Phillips.

Notable No. 2s include sharpshooting guard Adam Smith, who as a graduate transfer in 2015-16 led the ACC in three-point percentage in conference games, and forward Isma’il Muhammad who started for the Jackets’ 2004 NCAA runner-up team. 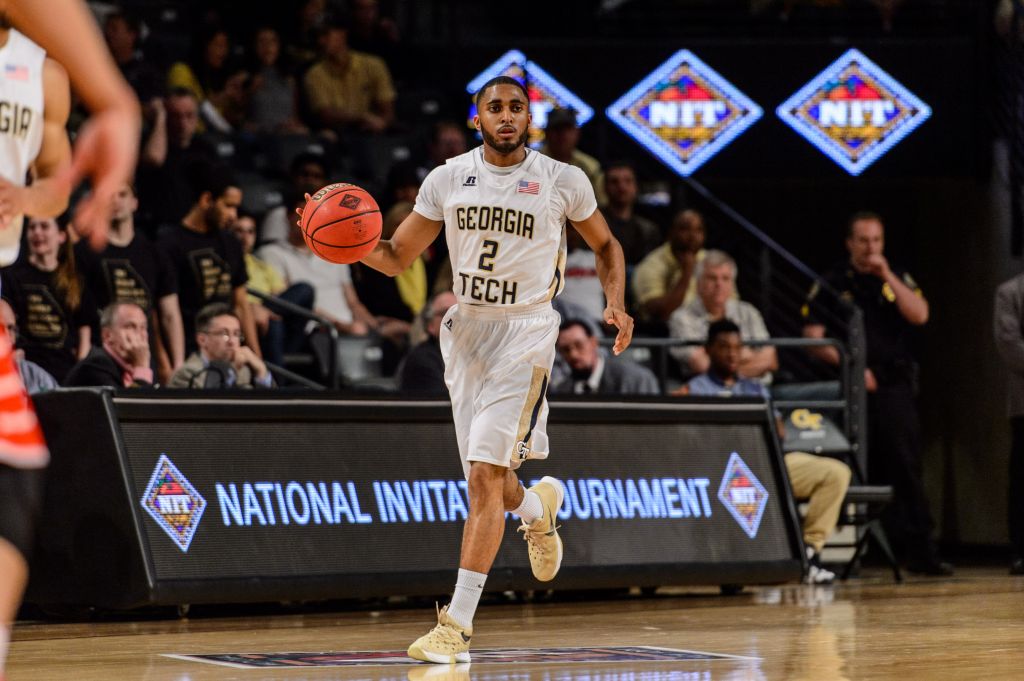 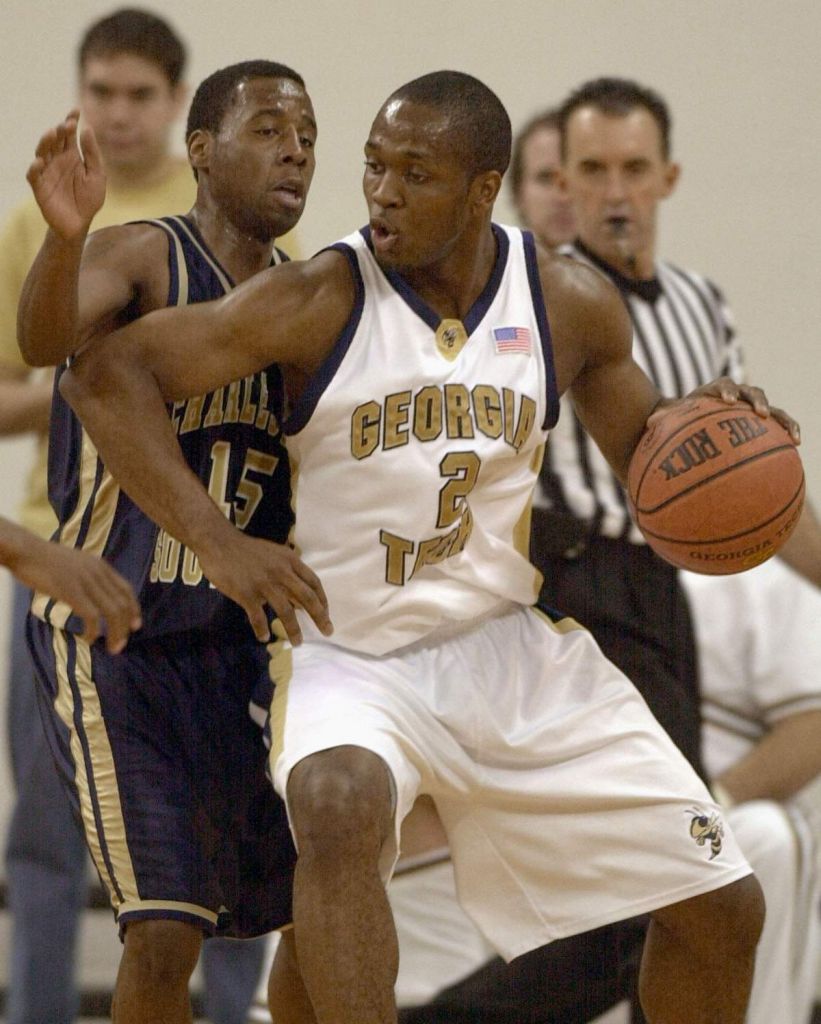 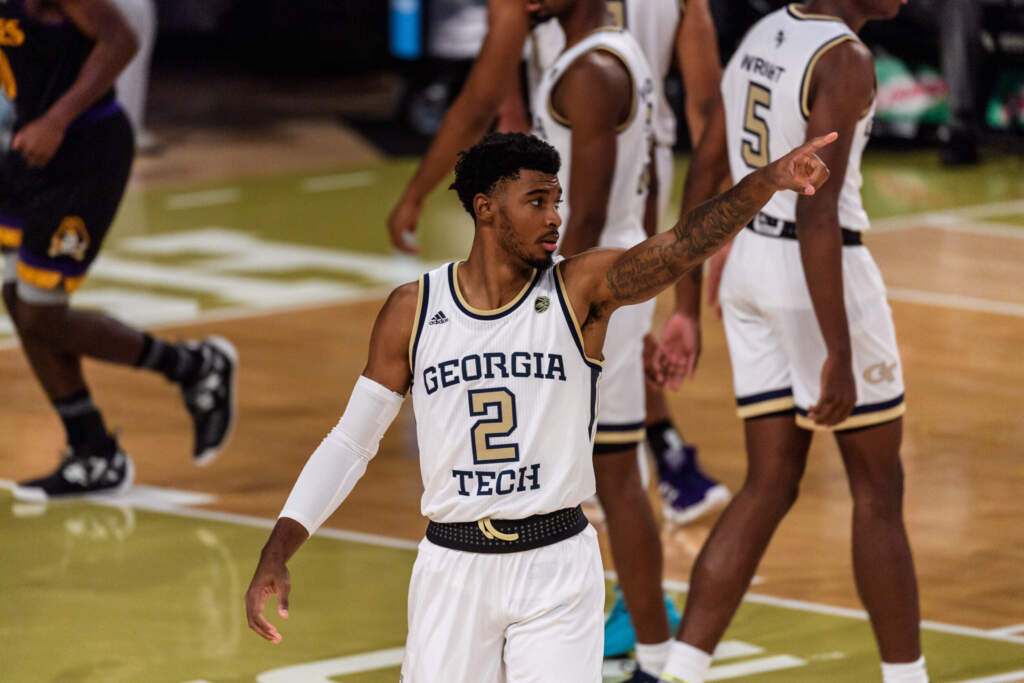 Only freshman forward Jordan Meka will wear the same number that he wore in high school. The 6-9 forward wore No. 23 both at Mt. Bethel Christian Academy and for his Georgia Stars AAU team. The most notable Tech player to wear No. 23 was Anthony Morrow, who hit 258 three-point field goals and connected on 42.1 percent of his three-point tries from 2005-08, both of which rank third in Tech history. It was also worn by the late Martice Moore, the ACC Rookie of the Year in 1993. 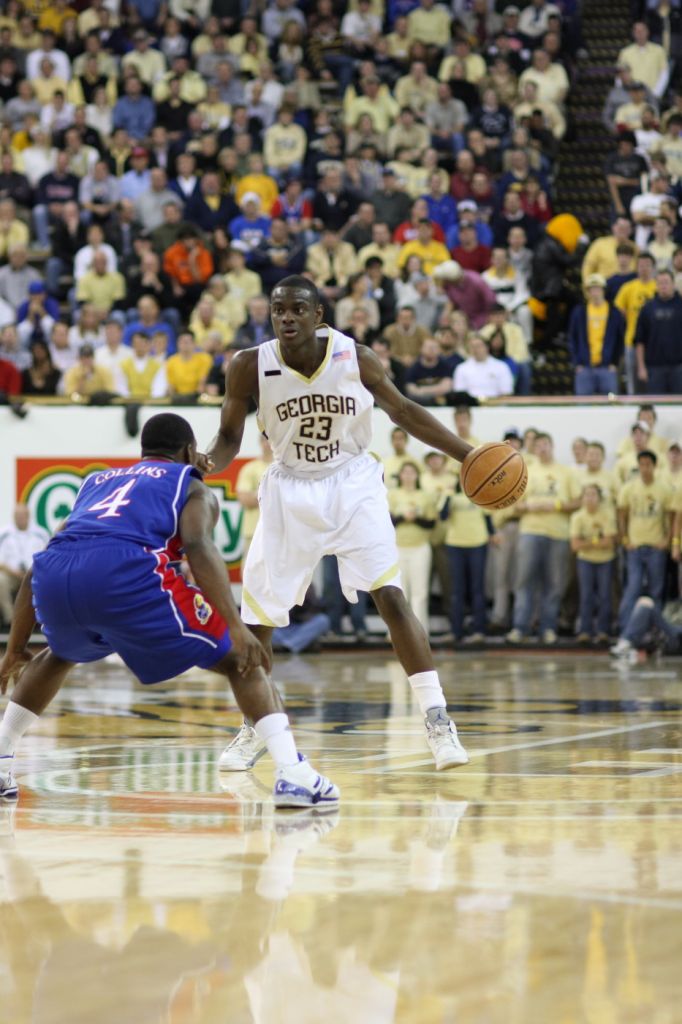 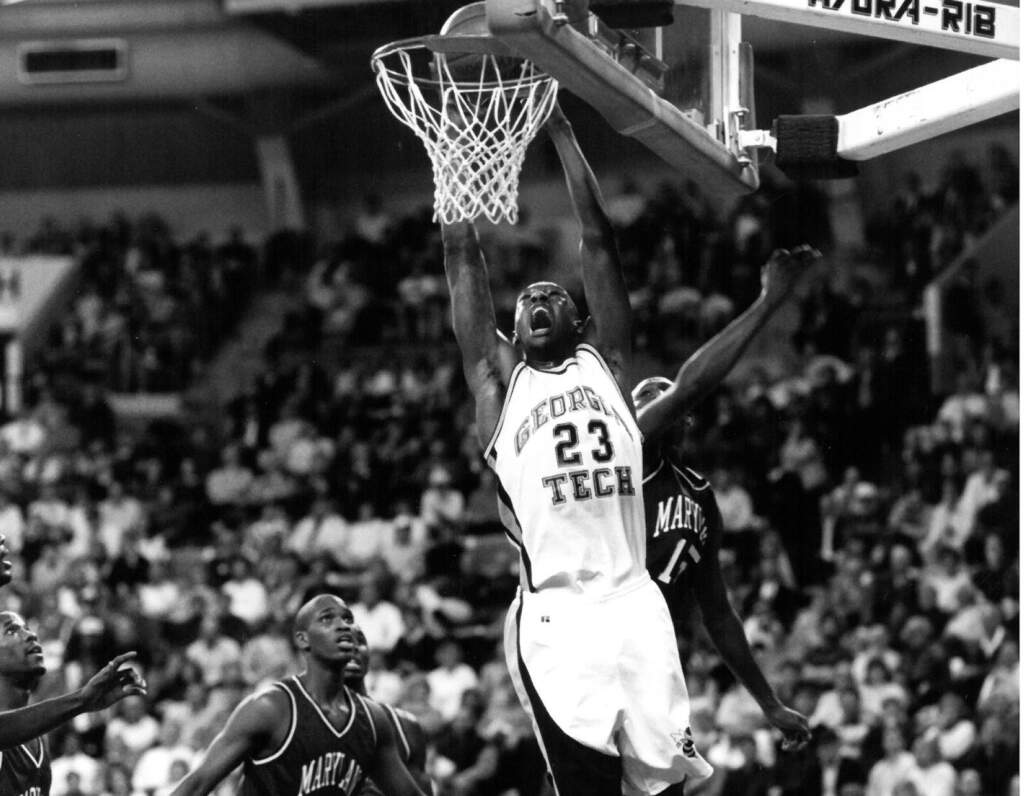 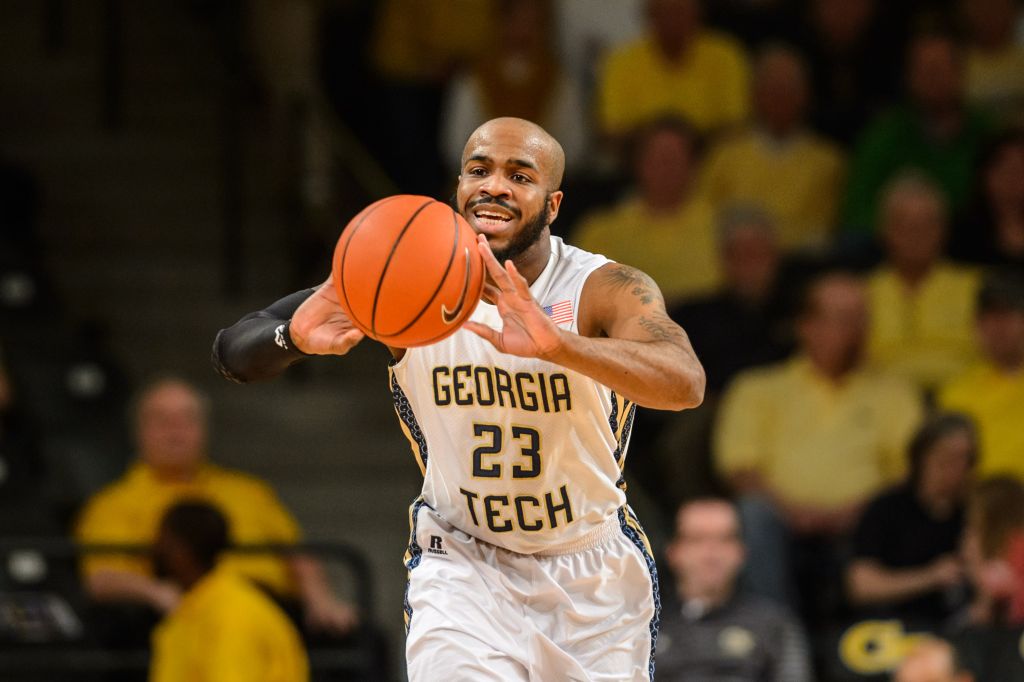 Men’s season ticket prices start at $290, the same stating price point as 2019-20. Season ticket members will also have priority access to purchase tickets from the Georgia Tech allotment for the Holiday Hoopsgiving matchup vs. Kentucky at State Farm Arena.  Other benefits include savings of $25 per seat for returning season ticket members who renew prior to July 13, access to a four installment, interest free payment plan, and significant cost savings compared to single game prices.

Click here for details and answers to other frequently asked questions.

Tech’s non-conference slate begins with three November games that comprise the season-opening Georgia Tech Showcase at McCamish Pavilion. Tech will open the regular-season Nov. 12 against Mount St. Mary’s, and follows that with a Nov. 16 game against James Madison. After the Nov. 19 game against the Georgia, the showcase wraps up Nov. 22 when Longwood visits Atlanta. The Yellow Jackets also host Florida A&M on Dec. 18 and Delaware State on Dec. 20.