THE FLATS – Tip times and television coverage for all four Georgia Tech women’s basketball non-conference home games at McCamish Pavilion have been announced for the 2020-21 season.

The Yellow Jackets open the season with a three-game homestand beginning on Wednesday, Nov. 25 against Georgia State. Tech will host the cross-town rival at noon on ACC Network Extra.

Tip times and television coverage for the remainder of Tech’s schedule will be announced at a later date. All opponents, sites, dates and times are subject to change in accordance with health and safety guidelines. 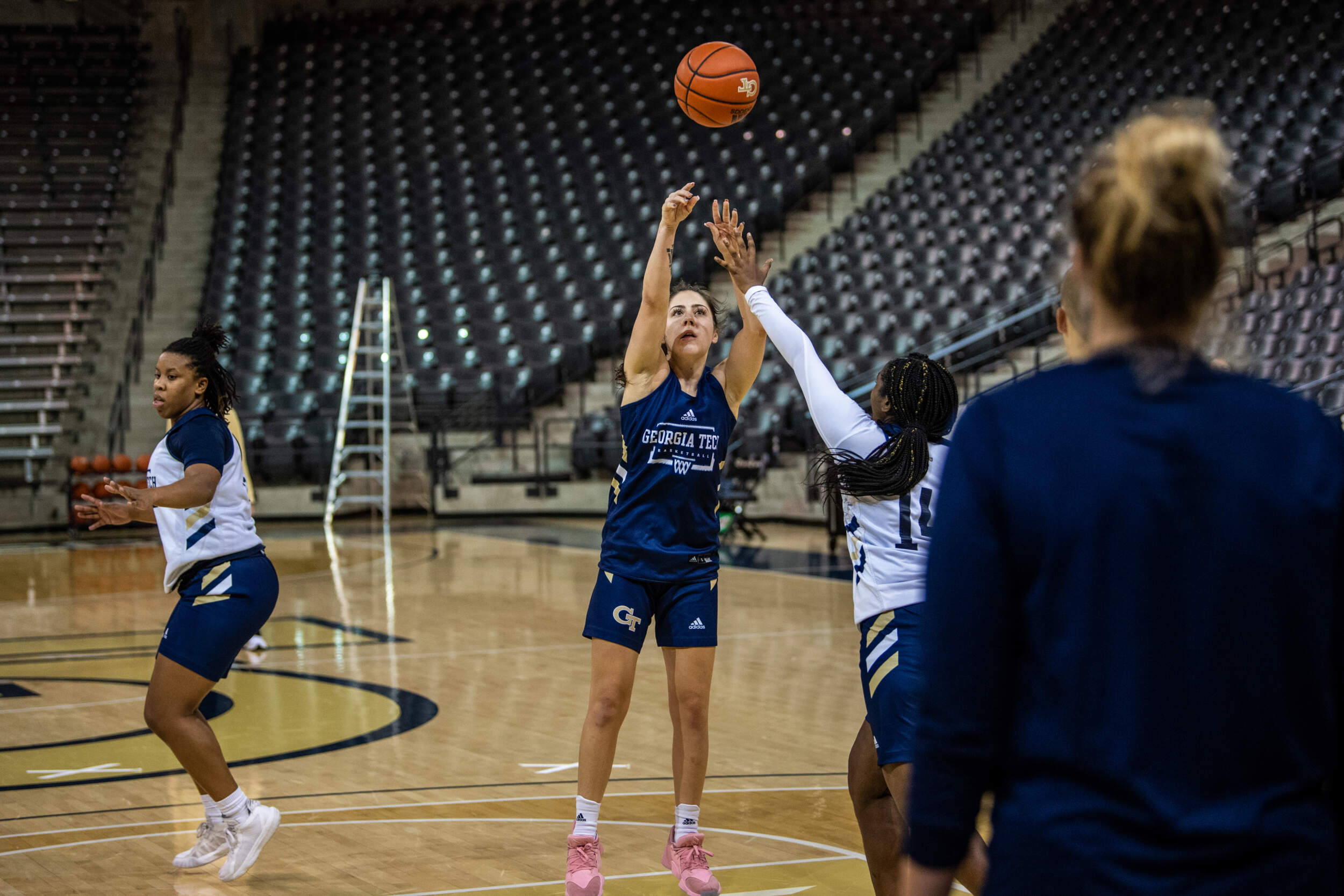 Georgia Tech was predicted to finish fifth in the ACC by a poll of the league’s head coaches after finishing with a 10-8 conference record in 2019-20. The Jackets, led by seniors Lorela Cubaj and Kierra Fletcher, return a core nucleus from last season’s squad, while welcoming six newcomers. A 6-4 forward, Cubaj returns as the team’s leading rebounder, averaging 7.7 rebounds per game a year ago, while Fletcher, a 5-9 guard, averaged 10.2 points per game as a junior.

Tech also returns juniors Lotta-Maj Lahtinen, a 5-7 guard who averaged 9.1 points and 4.3 rebounds, and 5-9 guard Sarah Bates, who appeared in 17 games for the Jackets last season. Also back for Tech is 6-5 sophomore center Nerea Hermosa, who started 15 games last season and averaged 6.5 points and 4.1 rebounds per game.

*All opponents, sites and dates are subject to change in accordance with health and safety guidelines
*Remaining times and TV designations will be announced in the near future

*ALL CAPS denotes game at McCamish Pavilion; all times Eastern