Today, as more than 100 Yellow Jackets take the field once again to begin preparing for another season of football, a new coaching staff will be in the middle of things with a Pygmalion and Golem going to war all around them. New head coach Geoff Collins is going with the Pygs.

Collins is the new head coach, having moved to The Flats from Temple after Paul Johnson retired last fall, and the new GC does some things differently than the old HC. For one thing, he’s not focused on trying to out-scheme opponents.

The goal is to outwork everybody, and to believe beyond belief.

So, if you were to look at the roster that will populate Rose Bowl Field and the Brock Football Practice Facility today at about 2 p.m. through the prism of recruiting rankings, Tech might fall short. But the Jackets are seeking to render such observations obsolete, or at least block them out.

This program may be at the top of college football world in terms of attention garnered through social media since Collins was hired in December, and every one of those posts indicated energy – most of them surrounding the offseason workout program and future recruiting. The head coach is always on the move. He’s bleeding into the team.

And that’s where the transformation of the Jackets can best be found.

This is a think-it-into-reality program.

“One way [Collins] teaches is the Pygmalion Effect; he’s the Greek dude who made a statue and fell in love with the statue. Eventually, what you believe and what you’re trying to display, you eventually become,” said defensive coordinator/linebackers coach Andrew Thacker (below). “We teach and coach from a Pygmalion perspective of being relentlessly positive. 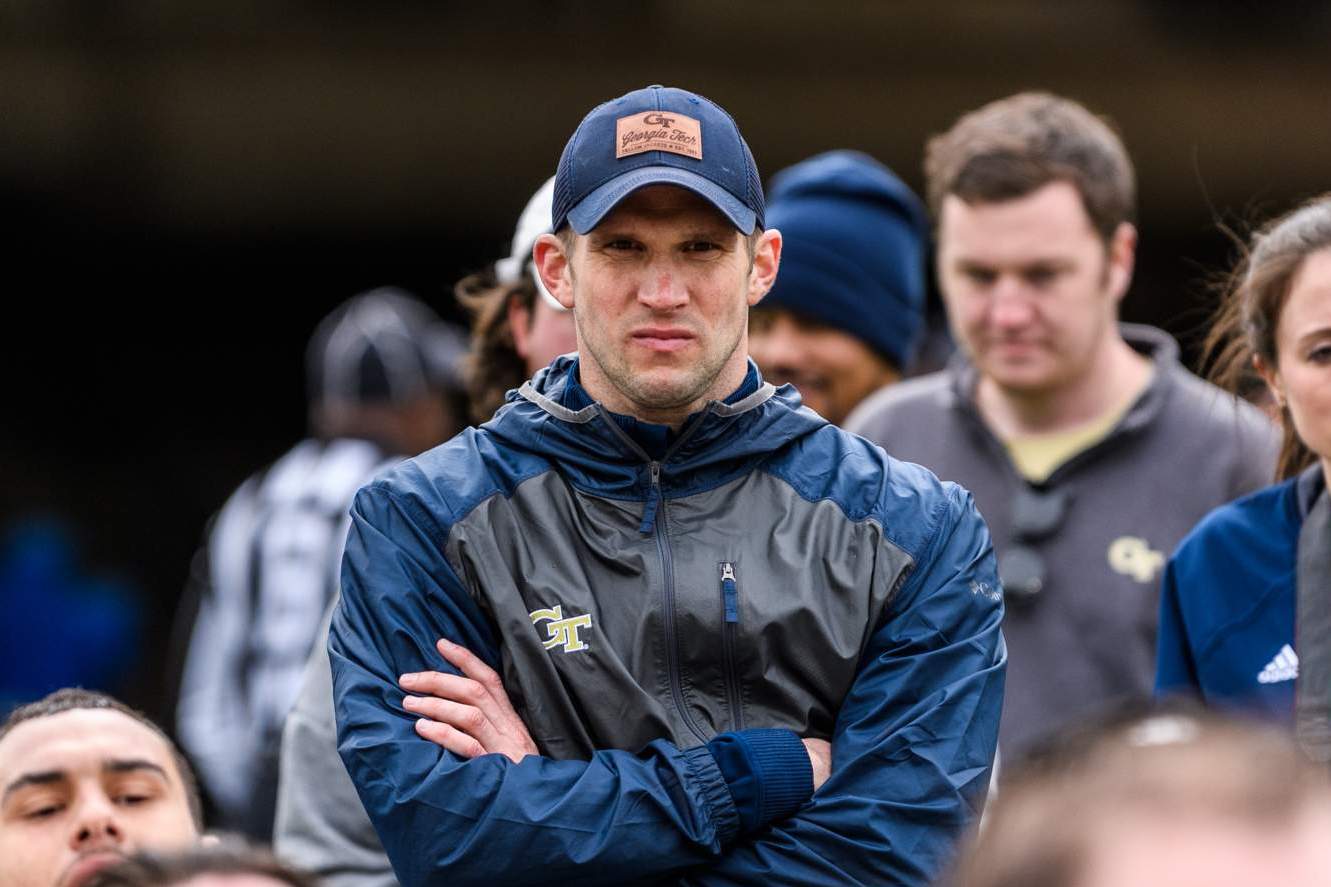 “That doesn’t exclude constructive criticism, but we’re trying to be positive and build up [players’] confidence so they become that.”

In other words, believe in what you want to become.

The opposite of the Pygmalion Effect is the Golem effect, which is about falling into the trap of what others believe you to be. Collins, who coached at Tech twice before – first as a graduate assistant and assistant coach under Georgia O’Leary, and then as director of player personnel to Chan Gailey – is not going anywhere near that.

“Expectations are to get better every day. I’m just blessed to inherit a group of young men that embrace everything we do,” he said at the ACC Football Kickoff two weeks ago. “I’m not worried about outside expectations.”

So, for all the questions about what the Tech offense will look like relative to its predecessor (a lot different at first glance, yet more similar than you’d think in concept), these Jackets will seek to be different through mindset rather than checklist manpower.

Collins is undeniably a bullhorn, and he believes strongly in collective energy. He and the Tech football staff preach endlessly about being the best you can be by loving what you’re doing and who you’re doing it with.

“The first team meeting we had . . . he was all this energy,” said now-junior linebacker David Curry (below), who was recently granted an extra year of eligibility by the NCAA. “And he said, ‘By the way, this is the most dull you’ll see me.’ He’s running around, bumping chests with everybody.” 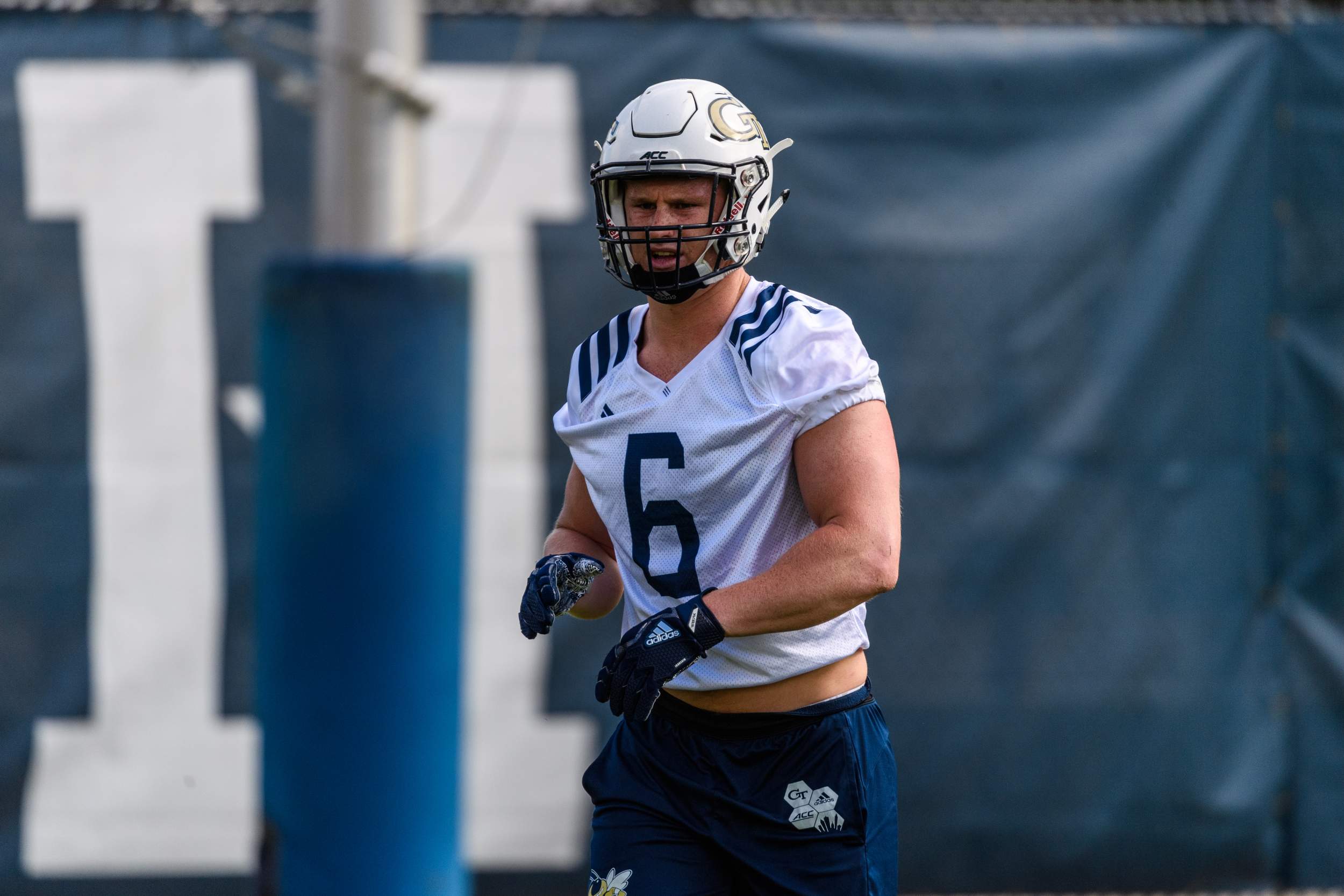 That’s the new head coach, running around, high-fiving everybody, usually working hard to avoid spilling his Waffle House styrofoam cup in the midst of the endless mini-melees.

He seems to be less concerned about who will become the next starting quarterback – in fact, he doesn’t refer to starters so much as players “Above The Line” and below it – as he is about everybody on the team buying in to being on the team.

“One of the big things is we’re not an organization that’s built on scheme,” Collins said. “We’re built on players.”

This means that as the Jackets begin to prepare for the 2019 season, there will be no hyper focus on doing certain things well, but rather attacking everything with urgency. It will be difficult to peg the style of the offense because it will change constantly based upon the skills of Tech’s players and, to a degree, opponents.

You can count on one thing being different from before: Tech’s quarterback will not always be under center, like he was under Johnson with few exceptions. Yet, in some ways, Tech’s offense will be familiar. 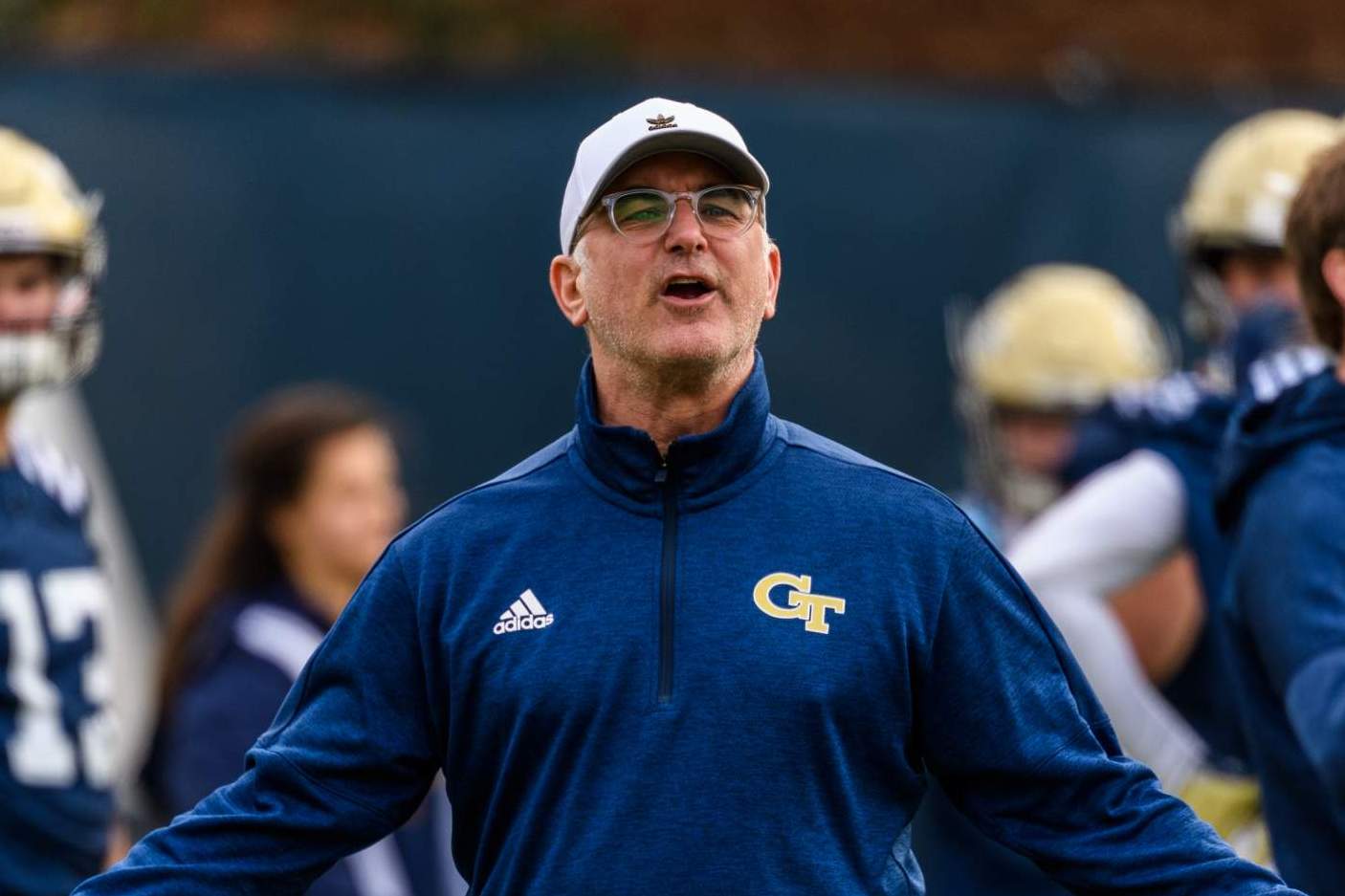 “When you watch our offense, it’s basically a power run, triple-option game, only with the quarterback in the gun with a much more expanded passing game.”

It will be easy to expand the passing game.

“We’re probably one of the most excited groups on the team,” said senior wide receiver Jalen Camp (below), who was second on the team last season with 11 receptions. 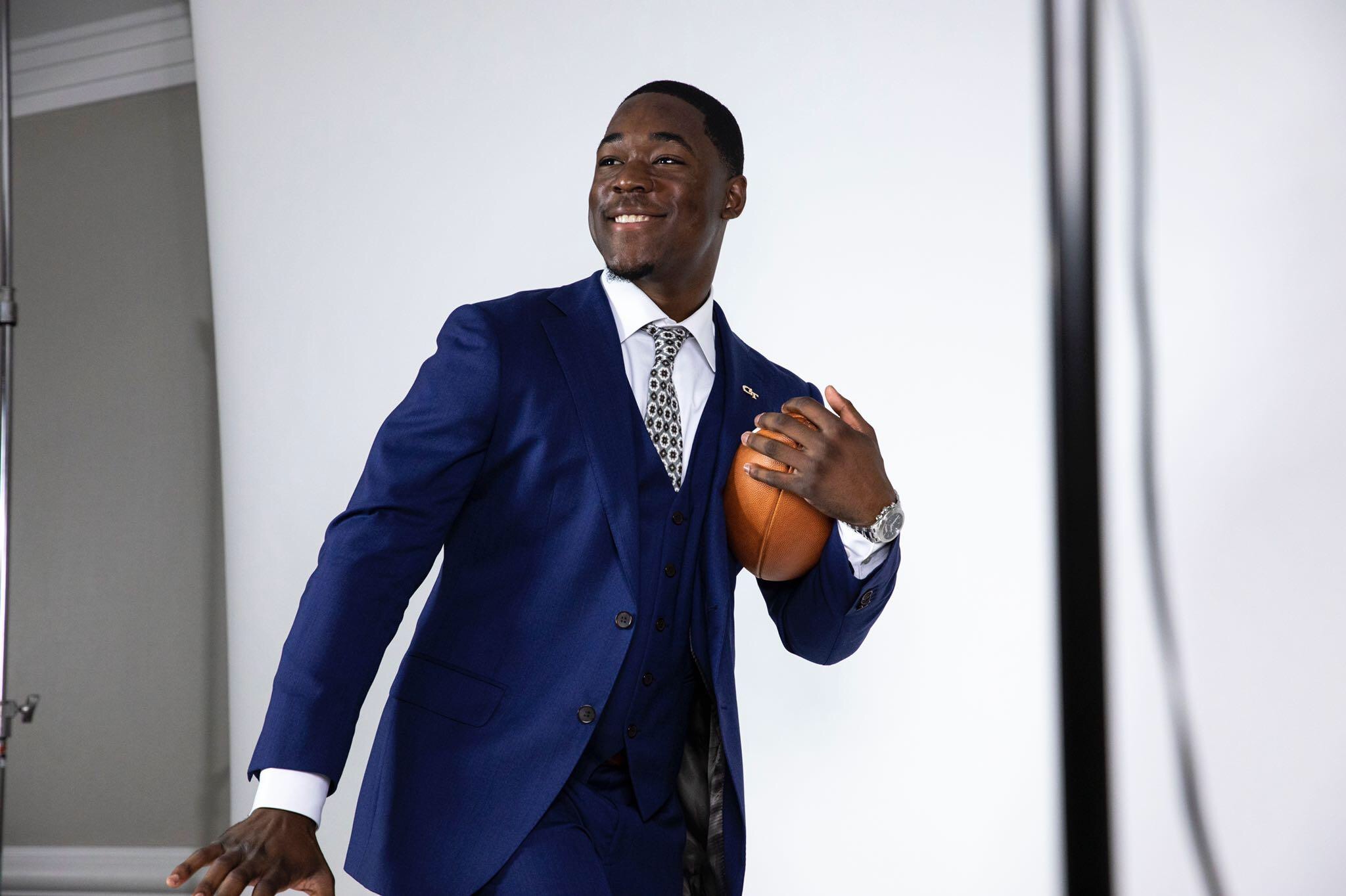 Collins, who was born in Decatur and grew up in Conyers, will surely be jumping around as the Jackets build toward the Aug. 29 opener at Clemson.

“I don’t know any other way to be. I’ve been that way my entire career. I try to be as creative as possible,” he said.  “Every single thing that we do in our program matters. We’re just blessed that we get to play the defending national champions.”