Every athlete strives to make every second count but that goal is especially vital for sprinters. They literally have no time to lose in getting from Point A to Point B.

Denise Woode has been sprinting since she started running track in ninth grade after being introduced to the sport by her older brother, Denzel, himself a track athlete.

“I’ve always been a sprinter,” said Woode, who ran the 100, 200, 400 and various relays in her four years at Georgia Tech. “I started running 800s and went down in distance over time as we found out I had the foot speed for it.”

She showed she has similar speed on the academic side, fast-tracking her way through the Institute’s prestigious Aerospace Engineering program and landing full-time employment at Boeing, the world’s largest aerospace and aircraft manufacturer, her dream company.

“My job title is ‘Structural Design Engineer.’ So that means I spend a lot of time in CAD Software and designing different 3D models of things, making drawings,” said Woode, who plans to start in July, and eventually will work out of the Everett, Washington, office, although she may actually begin her career working out of her living room in her apartment in Atlanta, depending upon how long quarantining is necessary.

While she doesn’t know where she’ll start her dream career, she does know on which project, the 777X, which Boeing declares, “will be the world’s largest and most efficient twin-engine jet.” It’s a big deal, coming with a price tag north of $400 million (ranging from $410 for the 777-8 to $442 million for the 777-9), has the largest wing ever produced for an airplane (212’, 8” (64.82 m) on the ground, 235’, 5” (71.75 m) extended) and has been purchased by All Nippon Airways, British Airways, Cathay Pacific, Emirates, Etihad Airways, Lufthansa, Qatar Airways and Singapore Airlines. The plane had a successful maiden voyage on January 25.

“Because it’s a new program I don’t fully know what the day-to-day life will be like, exactly, but overall I will be modeling things and drawing with CAD Software,” she said.

Woode should be a perfect fit to help streamline the 777X, considering how she streamlined her career path into Boeing.

Her ability to make happen the transformation from college junior who had never been on a job interview to holder of a full-time job with her dream company, working as structural design engineer on its prize project STILL leaves Denise a little bit in awe.

The journey began when she got wind of a career fair on campus.

“I’m like, ‘Yeah, I’m going to go to this career fair,’” she recalled. “I found out they’re having on-campus interviews. I hadn’t even applied for the on-campus requisition. (Her academic advisors) told me to apply.” 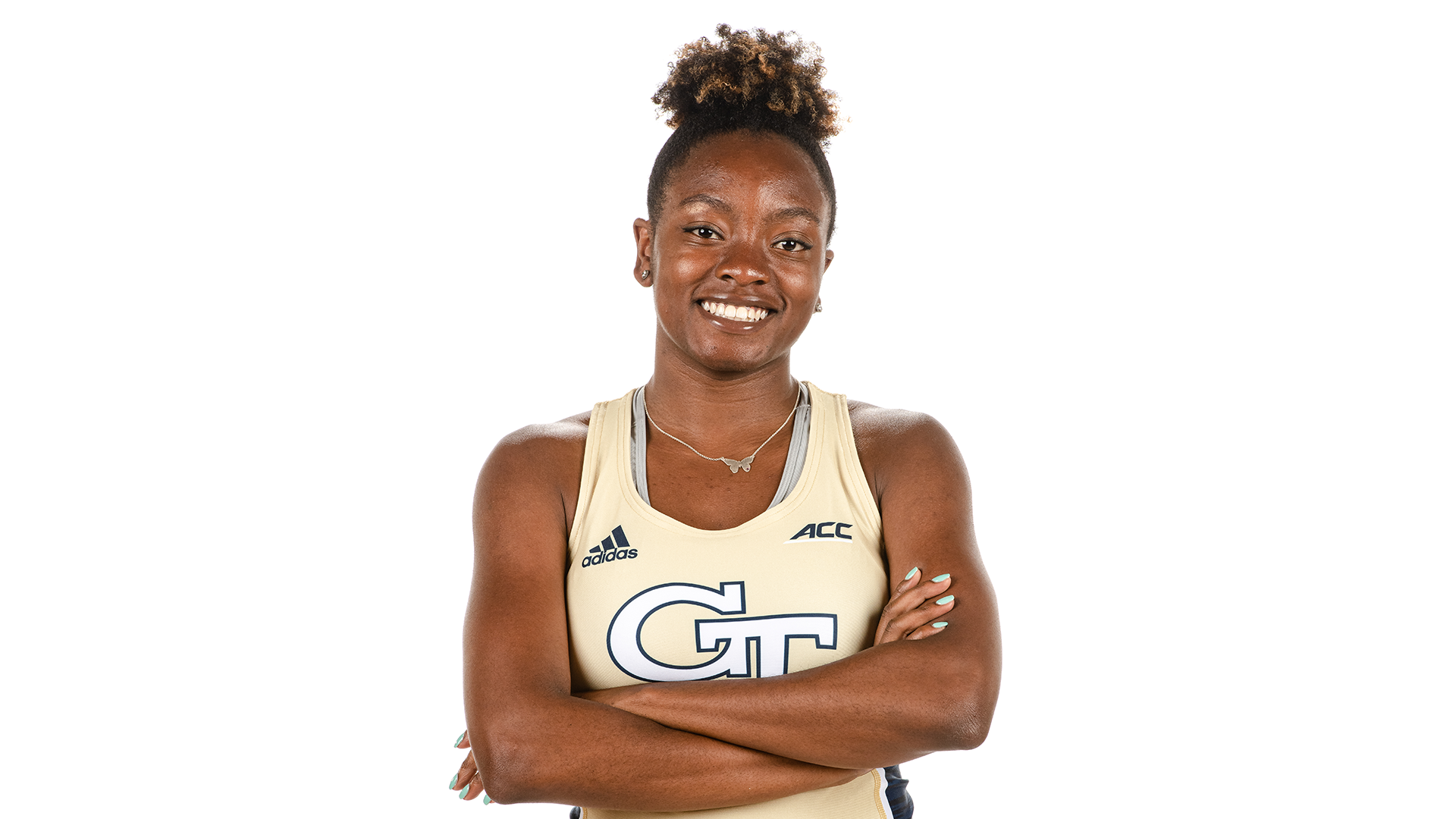 But once the ball started rolling there was no stopping it. Never been on a job interview? No problem. What better way to approach an interview with Boeing than to learn on the fly?

“I was like, ‘This is my first job interview. I don’t know what I’m doing,’” Denise said, with a laugh. “I looked up STAR questions the night before and tried to prepare as much as possible, talked to as many people as I could. It’s kind of crazy because I never thought I’d get it. When I got (the internship) I was like, ‘Oh, I didn’t expect this.’ I was really excited but I was in complete disbelief.’”

That summer she’d work on Boeing’s big project at the time, the NMA (New Midsize Airplane/Aircraft). Before she returned to Atlanta, she pursued the opportunity of coming back after graduation — an opportunity she saw as somewhat pie in the sky.

“I asked, ‘So what’s the likelihood of this internship turning into a job offer?’ They’re like, ‘It’s pretty likely. We try to keep people who have internships,’” she recalled. “I’m like, ‘Oh!’ I actually got my foot in the door and way earlier than I thought I would. I thought, ‘Okay, one day I’ll work at Boeing after I work at like five other companies and work my way up,’” 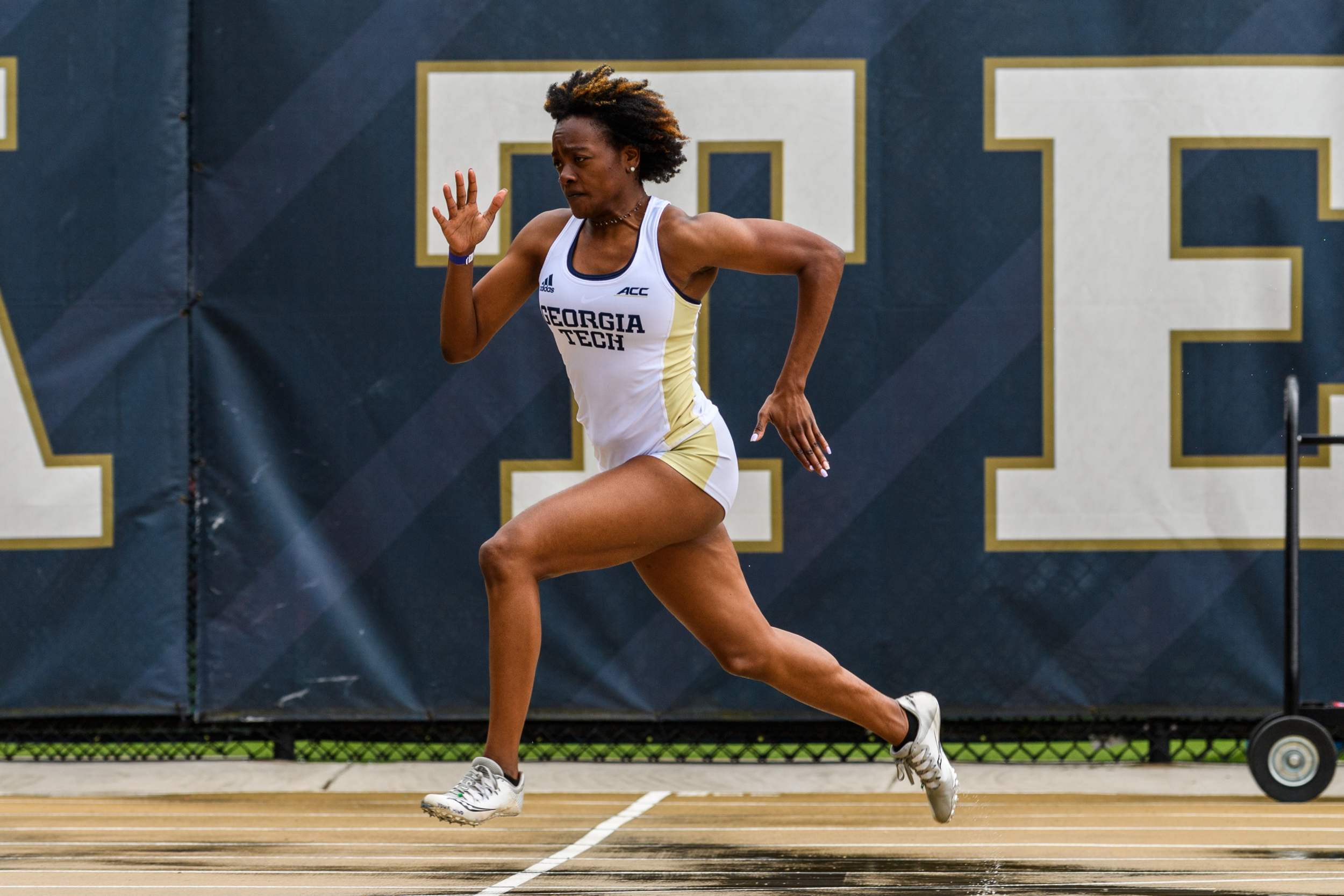 One day will soon be here and she’s ready for takeoff, with a Georgia Tech degree in hand.

“I’m excited to see more of what working in industry’s about and taking what I learned at Georgia Tech, applying it,” she said.

While Woode made the process of getting that first full-time job look easy, she insists it was anything. Her hiring nearly got delayed as the winter of 2019 was turbulent for the company and resulted in a hiring freeze, putting her plans on hold, despite an assurance from her boss that her hiring was a matter of when, not if.

“At the time they weren’t hiring for the program I wanted to go back to, so I just had to kind of wait and see,” she said. “I kind of kept looking at other jobs, just in case, but I wasn’t looking THAT hard because Boeing was where I really wanted to go. Then, in January, they said, ‘We can hire again.’ So they started the process. Some things shifted within the company, some programs changed up but I’m going back in the exact same role. I’m doing structural design work again, which is what I wanted to do, so that’s exciting.

“I appreciate the difficulty that comes with getting a job,” she continued. “I see myself as very lucky in the way that it happened. Lucky in the sense that opportunities lined up very well. I feel like I talked to the right people at the right time but also, I feel like — I always have to try to force myself to acknowledge — I still did it myself. No matter how nicely things lined up, I still had to be who I am for the opportunity to work out. I had to take the opportunity that presented itself.”

The unpredictable-but-happy ending with Boeing continued what’s been a theme in 2020 and included her graduation.

“It was weird. It’s not what you expect when you start college,” said Woode, who experienced virtual graduation ceremonies with the Aerospace school — she was one of three student-athletes (football’s Rich Stanzione and swimming and diving’s Aidan Pastel) to earn degrees in Aerospace Engineering — and the big one from the Institute. “The whole year I’m expecting to have my cap and gown, wake up, get ready, go, sit down, hear the speeches, walk across the stage, shake the president’s hand, move my tassel over, have all balloons fall, all of the big things. What I actually had was sitting in my living room with my roommate, watching the program in some sweats.

“The morning of, it didn’t even feel like I was graduating. I took my last final in my living room. When I turned it in I went back to my bedroom,” she added. “You WANT a celebration but my mom hosted a Zoom toast. So I got to get on video chat with a lot of my family and it really helped settle in, ‘Oh, yeah, I actually graduated. That actually happened.’ I went to campus and took some graduation photos.”

Denise is looking forward to seeing Denzel once she moves to Washington, as he’s completing his residency at University of Washington Medical Department of Surgery.

“It’s definitely going to be nice being able to be like, ‘Hey, can you help me build this piece of furniture?’” she said, with a laugh, “I feel like together we can figure out how to build some furniture.”