Making your dream come true often means following your heart and sometimes going against the grain.

Choosing to become a police officer right now may be as against the grain as you can go, especially for an African-American female.

She also knew that law enforcement has always been in her heart and that the timing might never be better to apply, as her enlistment in the Coast Guard was expiring.

“I advanced to E-5 (Petty Officer Second Class), which is mid-level enlisted. I was working in intel but I wanted to do something a little different,” said Bennett, who’d been with the Coast Guard since March of 2015. “I wanted to be a cop prior to serving but serving made more sense at the time. So I went ahead and did that and it came full-circle. I was reaching the end of my enlistment, I applied to a few different places out here because I enjoy living out here and I wanted to stay for a while if not for a full career. It all just worked out. I ended up staying and getting hired on.”

Bennett, who’d been living in the Oakland, California, area, the past few years, received interest from the Hayward Police Department. She jumped at the opportunity.

The first step was getting through the Police Academy. It would turn out to be a very different grind than Coast Guard training.

“The Academy is six months long. Boot camp is only eight weeks,” said Bennett, who graduated on May 18 and is in her fourth week on the job with Hayward P.D. “But boot camp is specific to your branch of service, whereas the Police Academy you have to learn state laws, local laws, sometimes even federal laws, depending on what you’re trying to enforce, but mostly state and local. Then you have to do the vehicle codes, you have to learn the difference between misdemeanors and felonies, what’s arrestable, what’s not arrestable. It’s a lot more learning and a lot of diversity, and just different things about not violating people’s rights, specifically the fourth amendment, to be able to arrest somebody or seize somebody or search somebody. It’s just a broader base of learning. If you mess up you can lose your freedom or lose your job, as we’ve seen in the news as of late. So the Academy tries to ingrain a lot of knowledge into you, which is part of the reason why it’s so long.”

Then there’s the physical element.

“It’s physically rigorous. You combine that with the mental exhaustion from everything and it’s a lot,” said the 2012 graduate, who played point guard for Georgia Tech from 2009-12 and was a tri-captain her senior year. “It’s a lot more overall stress than boot camp. But you get to go home at the end of the day and decompress and you’re off on the weekends. So that’s nice. Of course, you do driving classes, you go to the gun range for three weeks. You learn how to fight — police fighting, not just getting in the ring and boxing — control-holds, things like that, how to properly arrest people. So it’s a lot more intense, which is why it’s six months.”

Among the most difficult parts of the Academy was learning how to make quick, decisive decisions under difficult conditions.

“I got OC sprayed (police pepper spray), which is a terrible experience, then I went through a gas house, where we wear a gas mask and they gas the building. We have to take our mask off, talk, then put the mask back on,” she said. “Those are probably two of the worst things that I experienced at the Academy.

“That’s a one-and-done,” she added, with a laugh. “I don’t think any of us in my class wanted to go through the CS gas or OC spray again.”

“It’s something that we talk about a lot. We try to uphold that standard and we talk about holding each other accountable,” Bennett said. “If you see something wrong, it doesn’t matter what level you are, you should step in and say something because sometimes officers lose their composure and they kind of start going into a dark place. You have to be that person to make sure your co-worker is in the right frame of mind.

“We also talk about how this job is honorable,” she continued. “Right now it has a really bad view from the public but officers are meant to be first-responders. They’re meant to help people when they’re having their worst moments in time. When done correctly you can help save people’s lives, you can help change people’s lives for the better. We are trying to be that. It’s horrible to continuously see and read things in the news, especially with me being a black female and how social media can twist it one way and how the regular media can twist it one way. You can have officers with their own opinions and stuff. You just have to remember what you stand for. If you can remember that every day and abide by the law enforcement code of ethics, I don’t think you can ever go wrong.” 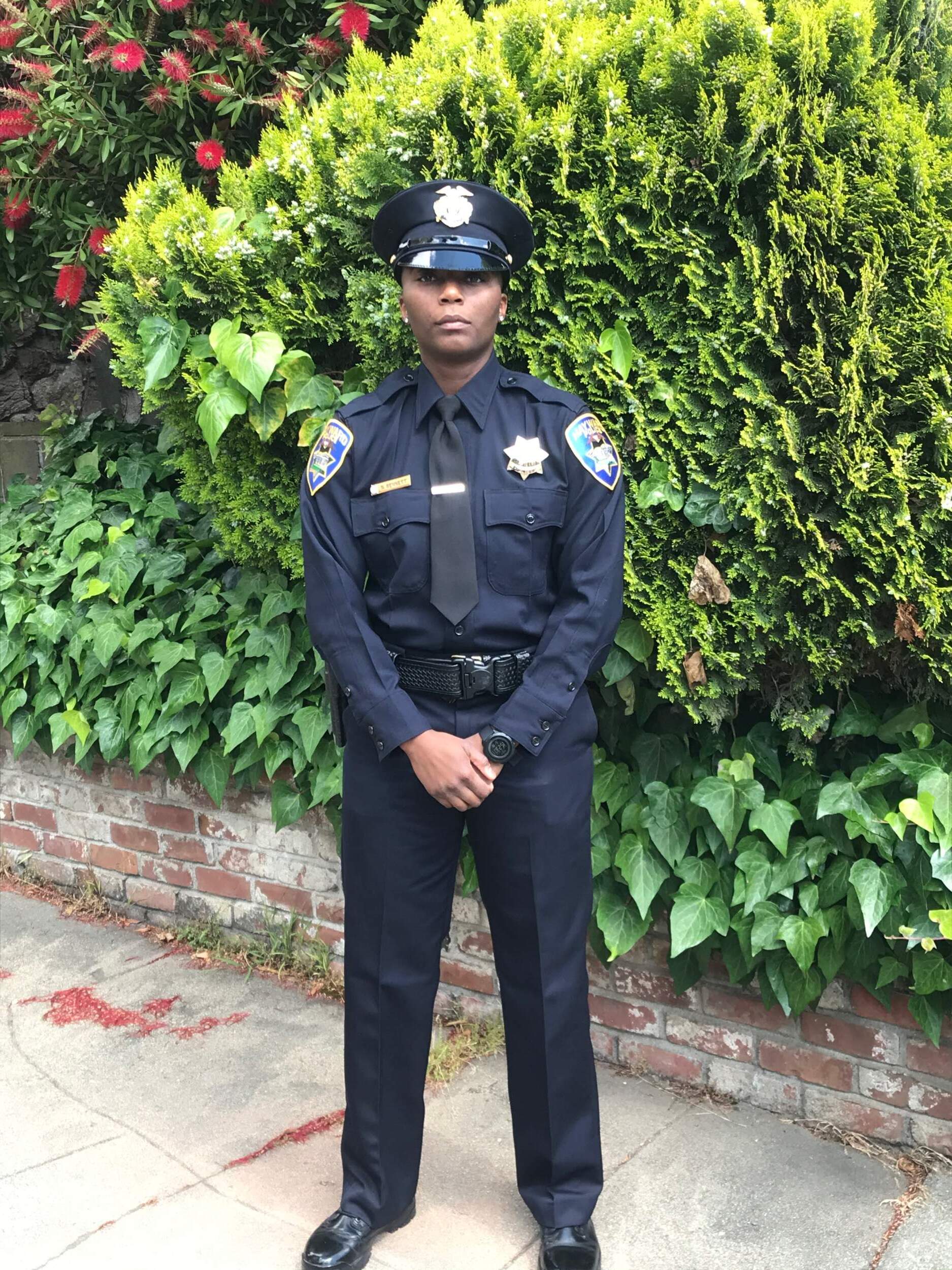 For the first four-to-six months, Bennett will ride with a field-training officer, then, eventually go on solo patrol. Her mission is to enforce the law by simply doing what needs to be done and doing it the right way.

“It’s trying to live up to that standard and do what I know is right and continue to be who I am and help change people’s perspective of what they consider law enforcement to be at the moment,” she said. “Always have a smile on my face and do the right things. Pretty much be the same person I’ve been all my life, what the people at Tech remember me being — happy, hard-working and doing what’s right and always being there for my co-workers and my teammates.”

People who remember Bennett at Tech also know that that smile didn’t necessarily mean she was a pushover.

“Some games I was calm or the biggest cheerleader for my teammates but when it was time for me to step up and do what I needed to do, tell my teammates or even just annoy the other team, that’s what I did,” she said. “It’s the exact same concept. When it’s game time it’s game time. When it’s not, it’s okay to relax and just be a good human being.

“I know how to turn it off and on. That’s one of the things that got me through the Academy,” she added. “People were like, ‘Oh, man, you really handle your business.’ It’s the same thing at the department or fighting or at the gun range. When it’s time to turn it on, I switch it and I handle my business and do what I’m supposed to do. But when it’s time to turn it off just have a regular encounter with somebody because every situation doesn’t require you to have that energy.

Bennett’s decision to switch to law enforcement from the military has received plenty of support from the Georgia Tech community.

“Everybody from Tech was like, ‘We could see that and we support you and we’re happy for you,’” she said. “When I graduated (from the Academy) I gave them the link to watch the graduation. A lot of people watched it. Our weight trainer at the time, Scott (McDonald) watched it, our old athletic trainer, Felicia (Tucker), watched it. Everybody was just super-supportive. They’re all proud. They say what everybody says, ‘Be careful,’ ‘Make it home every night,’ ‘Do what’s right.’ The same thing with my family. Of course, they worry and they’re nervous because I’m their child, but they’re supportive and they’re proud of me and they can see me doing that. They know that I’ll do the right thing.”

For now, Bennett will continue to live as she always has — take each day as it comes and adjust accordingly. She simply lives for the adventure that is daily life.

“Every day is a different day and if you go into it with a mindset of, ‘When this happens,’ or ‘What if this happens? How will I respond? How will I act?’ you’ll never be caught off-guard,” she added. “You just have to keep that mindset. It was the same thing with games and practices. If you trained your mind, ‘If this pick is set,’ or ‘If this person misses this shot, this is what I do,’ it’s kind of the same thing. If you put that game-mentality. Every day you put that uniform on it’s game-on. It’s time to go.” 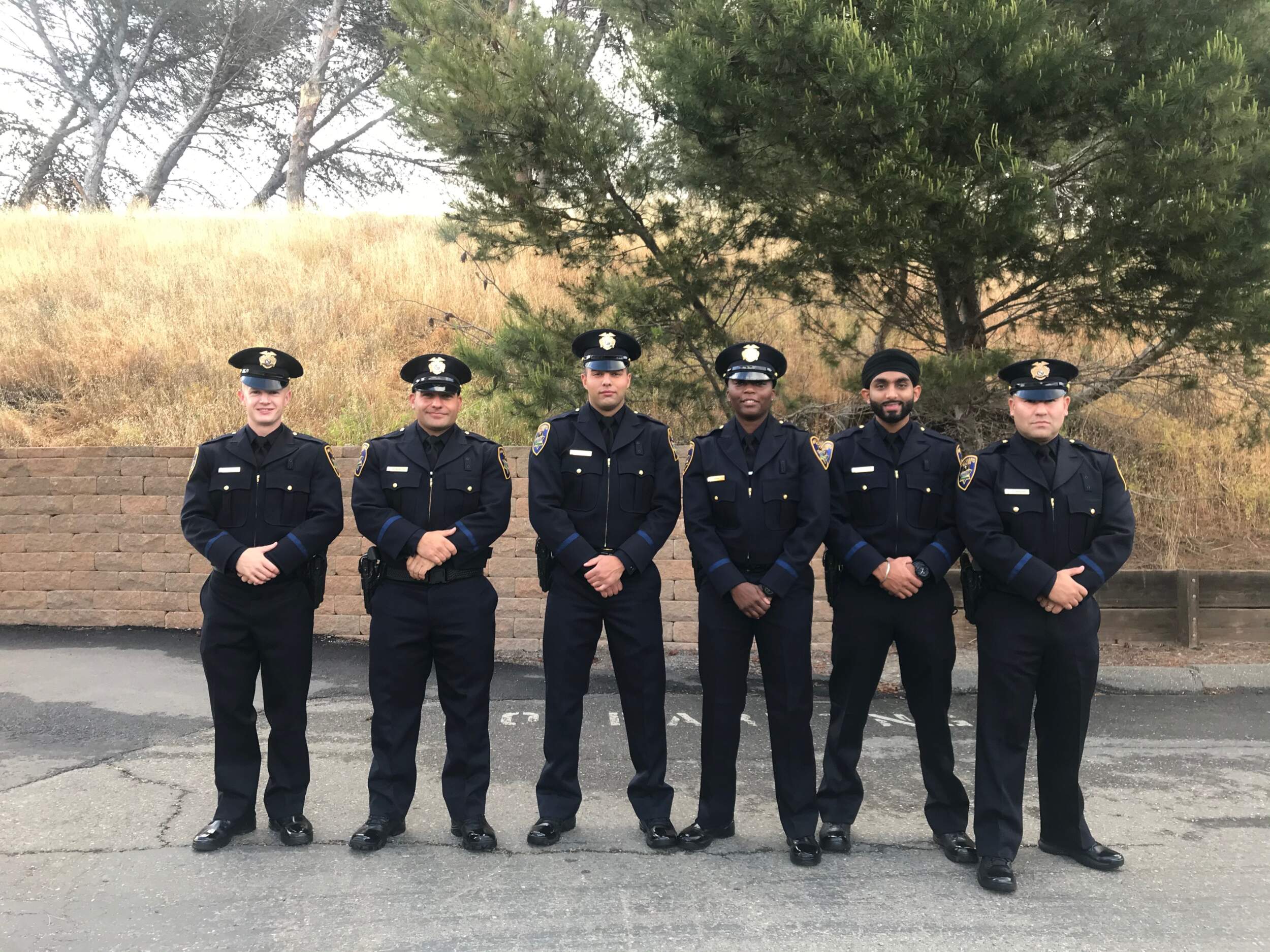