In a game of runs, Tech shook off a slow start against the Seminoles, erasing an 11-point deficit in the first quarter with an 11-3 spurt to open the second frame and take the narrow lead. The teams would trade the advantage back-and-forth before consecutive Lotta-Maj Lahtinen three-pointers put the Jackets up 33-30 with 1:34 left in the half. Tech would hold the same margin at halftime, but came out of intermission strong, posting a 12-3 run to take its largest lead of the game, 48-36, with 4:55 on the clock. 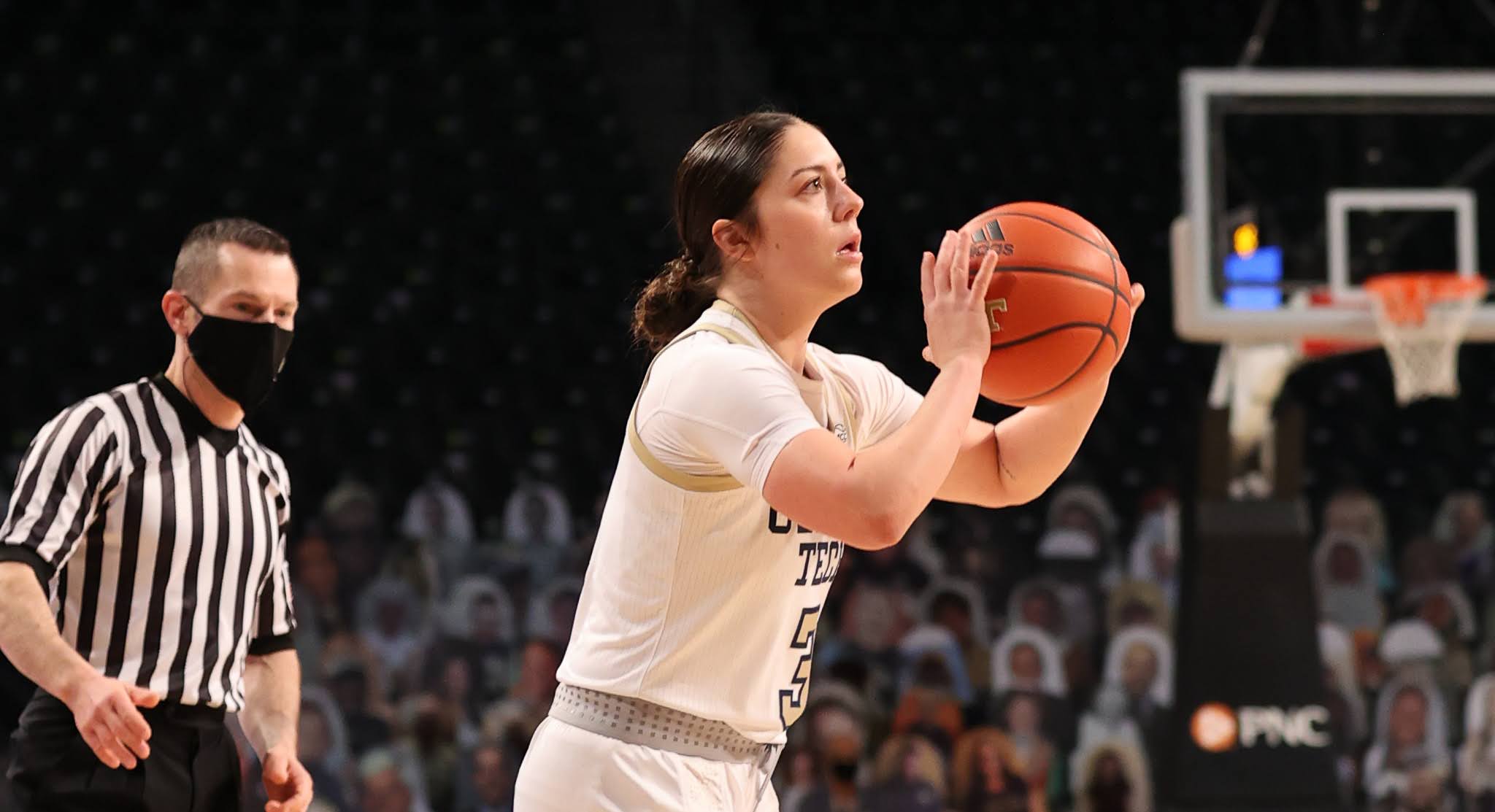 Florida State burned its second timeout of the frame following Loyal McQueen’s triple that put Tech up by 12, and responded holding the Jackets scoreless over the remainder of the quarter, closing the gap to 48-47 entering the final 10 minutes. A three-pointer from Kourtney Weber gave the Seminoles their last lead, 52-50, with 8:18 to play before Kierra Fletcher came up big for the Jackets, hitting back-to-back buckets, including a three-pointer that returned the final lead to Tech, sparking a 16-6 run to close the game.

Tech went 13-for-16 from the charity stripe led by McQueen’s 6-for-6 effort, while Lahtinen added a 4-for-6 showing. FSU was limited to a 3-for-5 performance at the free throw line. The Jackets dominated on the glass, winning the battle, 48-26, paced by nine rebounds from Lorela Cubaj. 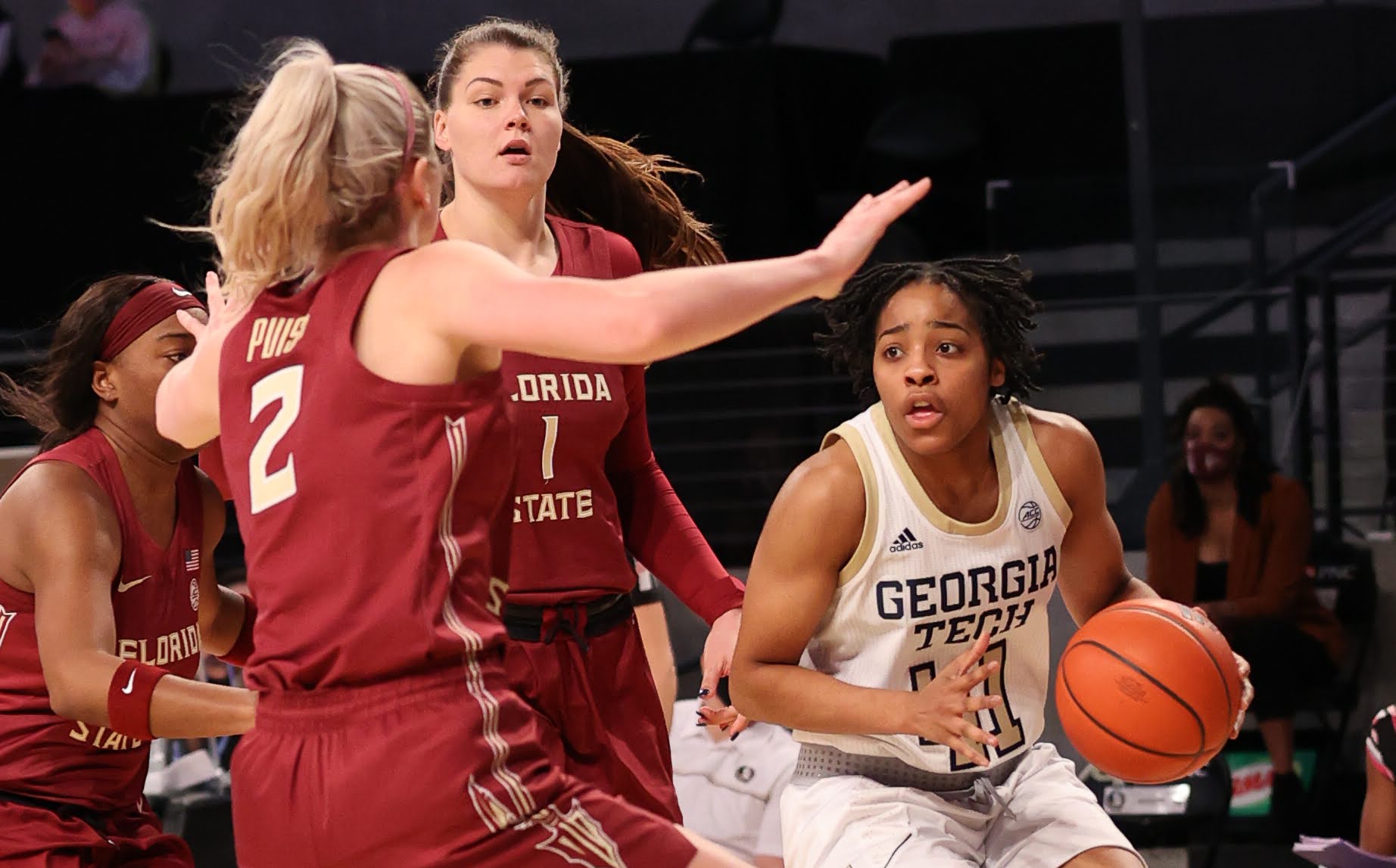 Fletcher led all scorers with 18 points, followed by Lahtinen with 17 and McQueen with 12 off the bench. Morgan Jones led the Seminoles with 14 points.

The Jackets return to the hardwood on Thursday, Jan. 28 visiting Miami. Tip is slated for 6 p.m. on ACC Network.