GREENSBORO, N.C. – Kierra Fletcher and Francesca Pan both scored 15 points Friday night, but it wasn’t enough to overcome a strong second half from No. 10 NC State as the Jackets fell in the ACC Tournament quarterfinals, 57-48. Three Yellow Jackets finished in double-figures in the loss that pushed Tech to 20-11 overall.

How It Happened
Tech led by as many as 14 points in the first half, coming out in the first quarter with urgency and strong defense. Keeping the Wolfpack off the scoreboard in the early going, Tech controlled momentum in the opening 10 minutes, grabbing a 13-4 lead following a Lorela Cubaj bucket with 2:03 to play. Nerea Hermosa would hit a free throw to end the frame with Tech leading 16-7 before Pan scored five unanswered points, capped by a three-pointer, to open the second quarter and put the Jackets up, 21-7, with just over a minute expired in the frame. NC State would close the second quarter with a 16-2 run to leave the game tied at intermission, 23-23.

The Wolfpack opened an eight-point lead to start the third quarter, but Tech rallied to close the gap to one possession as Fletcher scored 10 points in the frame. The Jackets would trail by just one possession entering the final quarter, 40-37, and Pan cut the score to one point, hitting the first bucket of the fourth. With 5:49 on the clock, Pan rattled in a jumper to knot the game at 42-42, but NC State responded with a quick 4-0 spurt. Pan cut the lead back to two points, but the Wolfpack staged an 11-4 run to close the game. 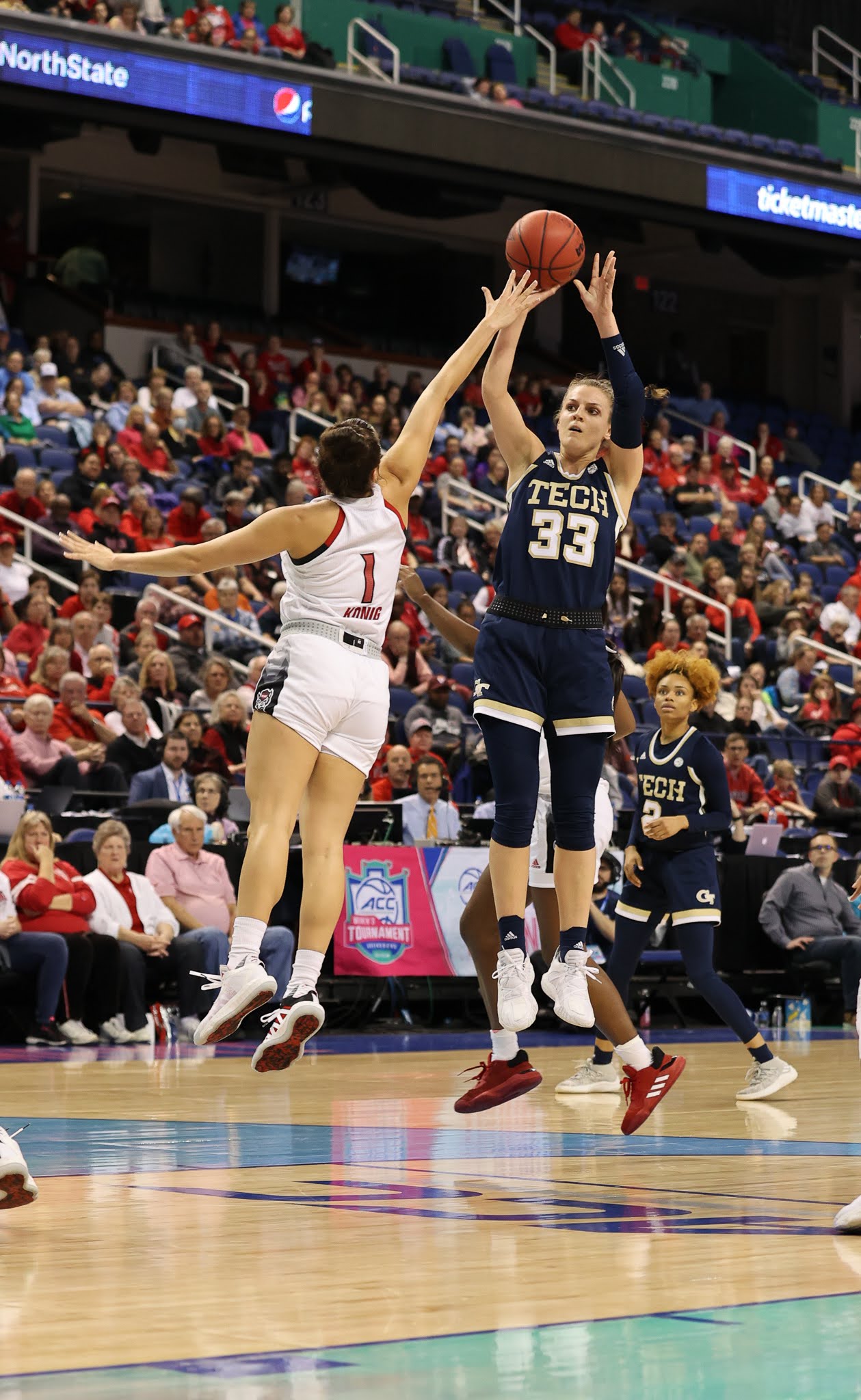 Both teams shot below 40.0 percent for the game and hit a combined five three-pointers. The Jackets won the rebounding battle, 37-33, led by nine from Fletcher and eight from Pan. Cubaj added 11 points to the scoreboard. NC State outscored Tech in the second half, 34-25, led by Aislinn Konig and Elissa Cunane, who both finished with 16 points.

“I thought we started off really well, and we defended pretty well tonight for the most part, but we let them make that run in the first half and then ended up tied,” said head coach Nell Fortner. “If we could have held on and gone into the half with a little bit of a lead, maybe you would have seen a different story. But I thought these kids played tough. NC State is a really good team. But this team played really hard. They fought to the end and I’m really proud of them for that.” 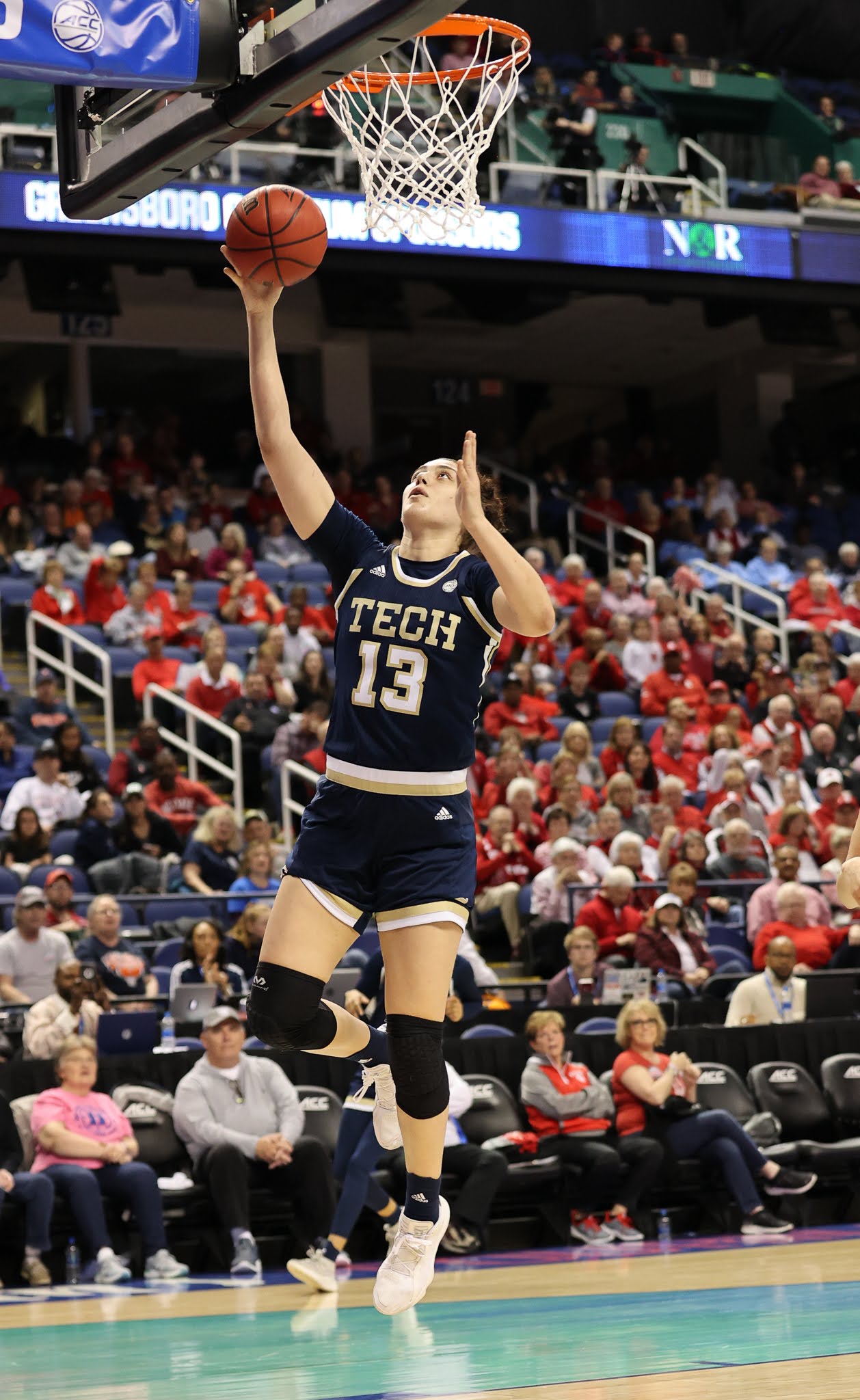 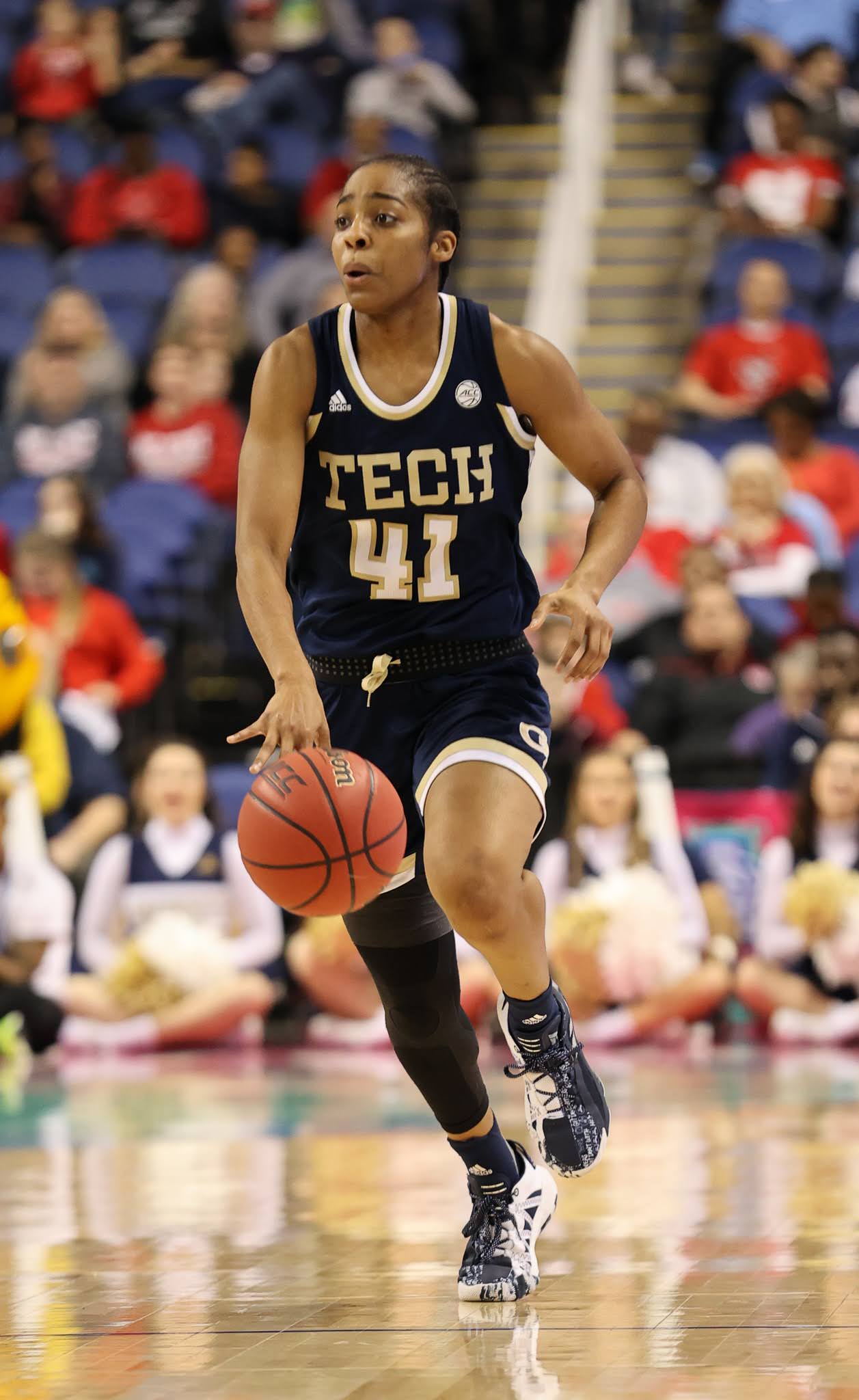