Tech (4-1, 2-0 ACC) shot 53.3 percent (32-60) from the field and 52.5 percent from three-point range, hitting 10 triples for the second-consecutive game. Lahtinen paced Tech’s offense and finished with eight assists for a career-high. Cubaj led the Jackets on the boards, pulling down 13 to go along with 16 points for her third game with a double-double this season. 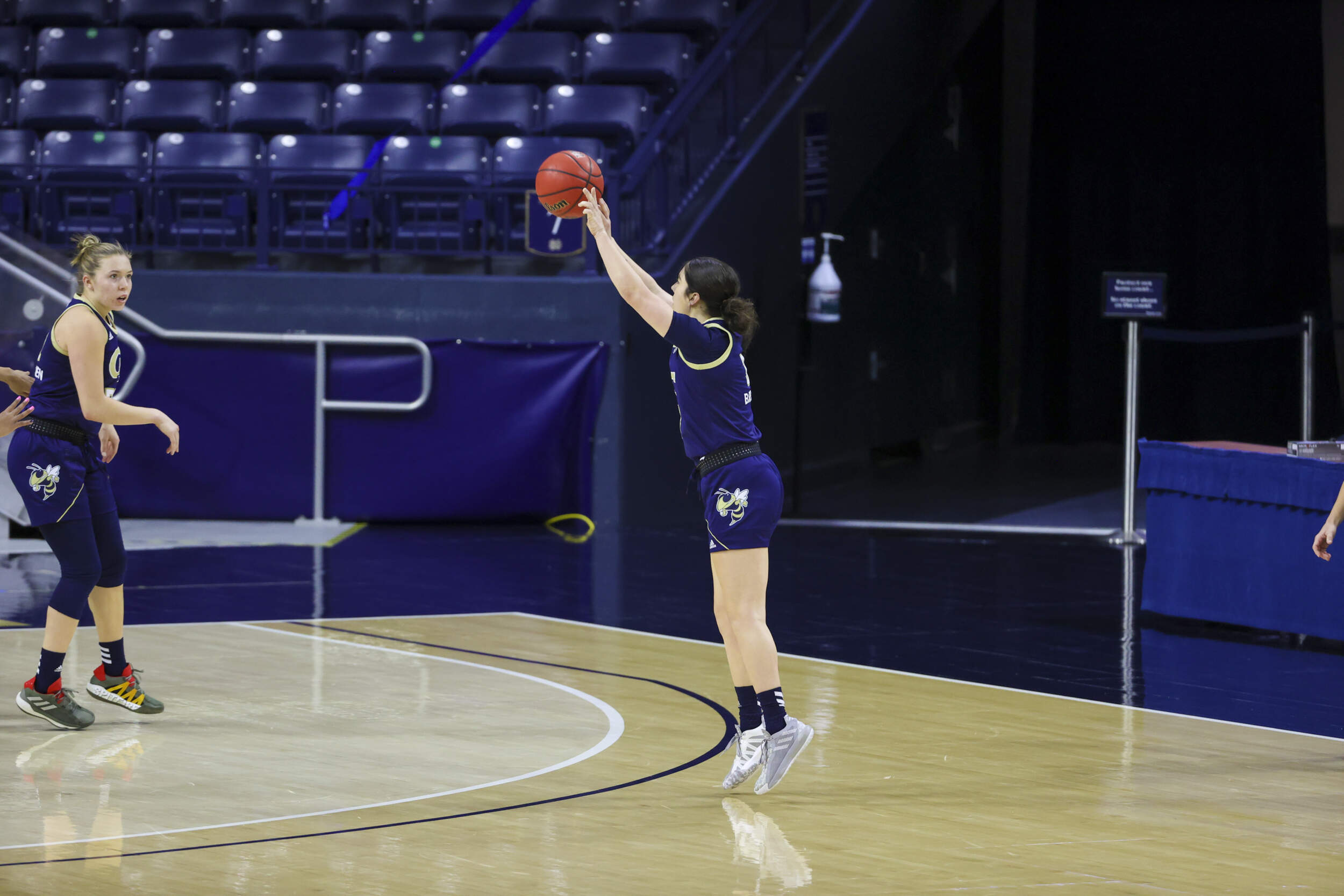 Tech raced out with an early lead, but after Sarah Bates hit her second triple in the opening three minutes, the Fighting Irish closed the first quarter with a 14-4 run to lead 18-15. Notre Dame would extend its lead to six points in the second quarter, but a resilient Yellow Jackets squad answered the Irish with an 11-3 run to end the half. Lahtinen fueled the run with seven points, including the final bucket of the half that sent Tech into the locker room with a 35-33 advantage.

The Jackets controlled the second half, outscoring the Irish, 47-34, to take the win in South Bend. Leading by two after intermission, Tech opened the third quarter with a 7-0 run, forcing Notre Dame to call a timeout. ND answered cutting the score to five points, but Lahtinen snapped the streak with her fourth three-pointer as the Jackets continued to pull away. Tech would lead by as many as 16 points in the fourth quarter. 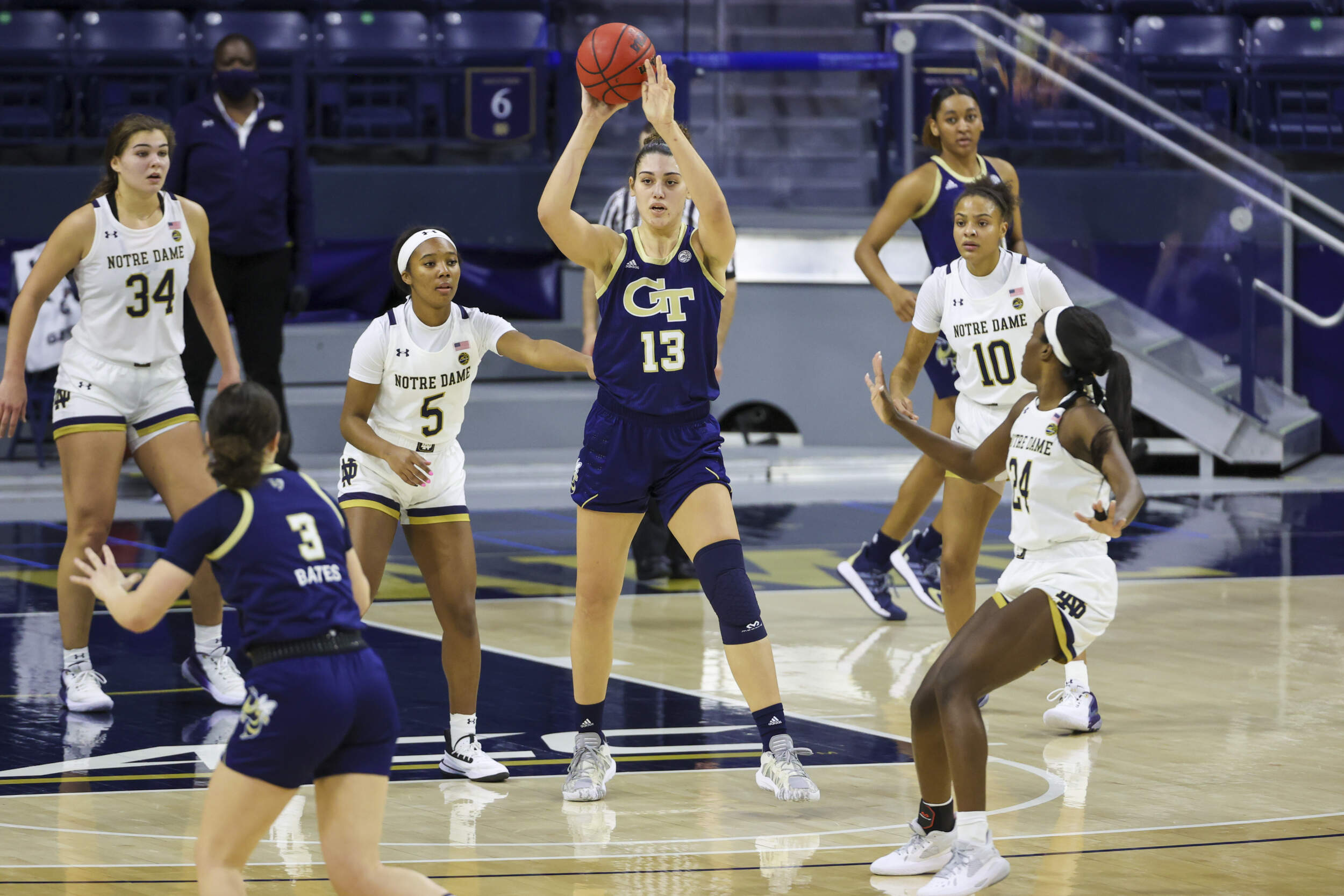 Bates added 12 points for the Jackets, hitting four three-pointers and dishing out four assists. She was followed by freshmen Loyal McQueen and Eylia Love, each contributing 11 points in the win.

Notre Dame was led in scoring by Maddy Westbeld with 21 points. The Fighting Irish narrowly won the rebounding battle, 34-30.

Georgia Tech returns to McCamish Pavilion to welcome Miami (Fla.) on Thursday, Dec. 17. Tip is slated for 7 p.m. on the ACC Network Extra.