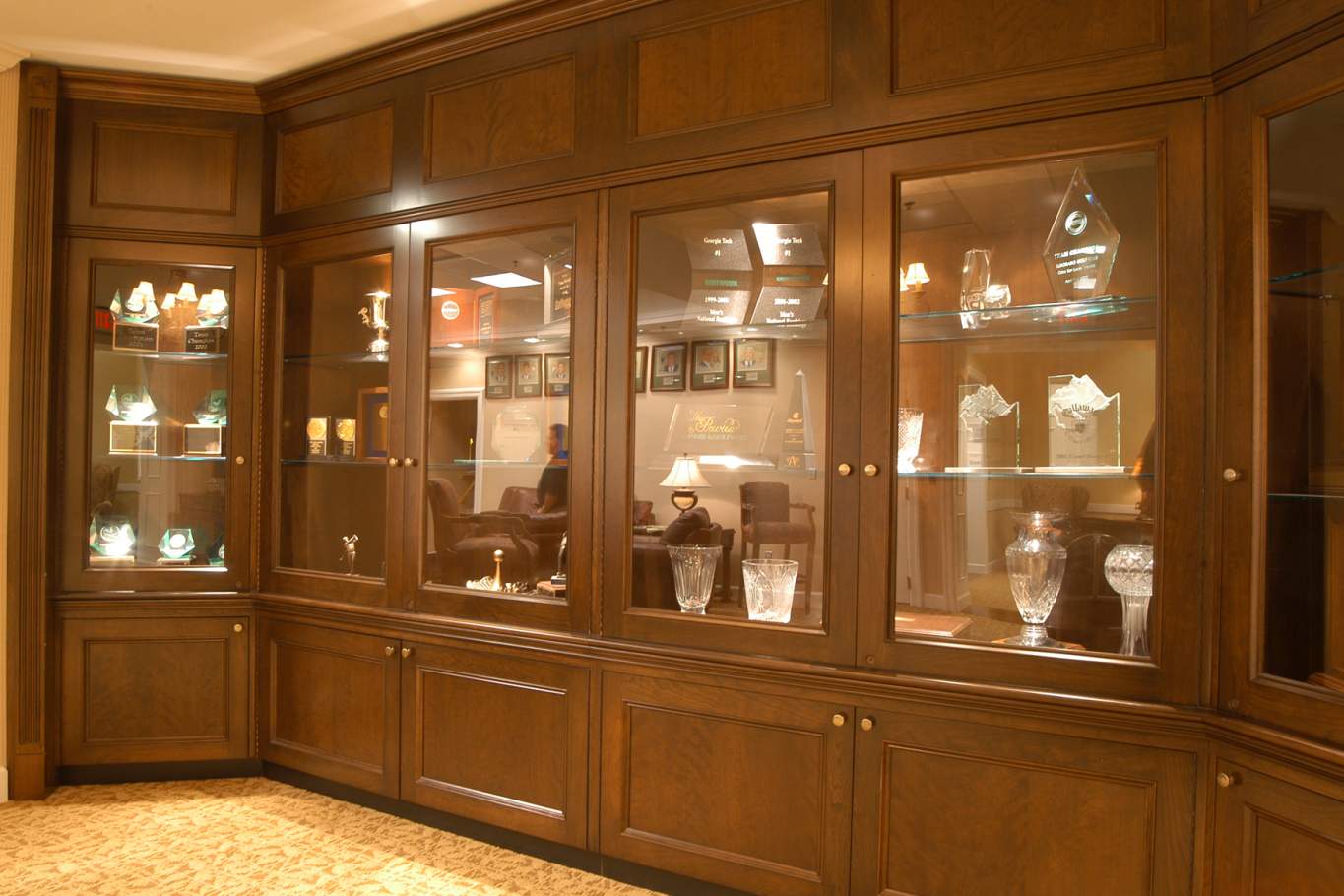 The Dellinger Golf Center, housed on the ground level of the Northwest stands of Bobby Dodd Stadium, was originally dedicated on Oct. 13, 1990, and reopened after renovation in the fall of 2003. It was named for Tech golf enthusiast James Dellinger, and is the perfect spot for studying, relaxing, watching television, playing pool or browsing the internet. It also is a glorious reminder of Georgia Tech’s great golf tradition.

The Dellinger Center houses a lounge with a large-screen television and audio/visual system, video game console and comfortable couches for the enjoyment of Tech’s golfers. Additionally, there are offices for the Tech coaching staff and a golf club-style locker room. The center also includes a study hall with computer stations with internet access, along with a recreation room that includes table tennis, shuffleboard and billiards as well as exercise equipment.

The carpeted lounge area is named for Charles R. Brown, the catalyst responsible for the modern success of Tech golf. 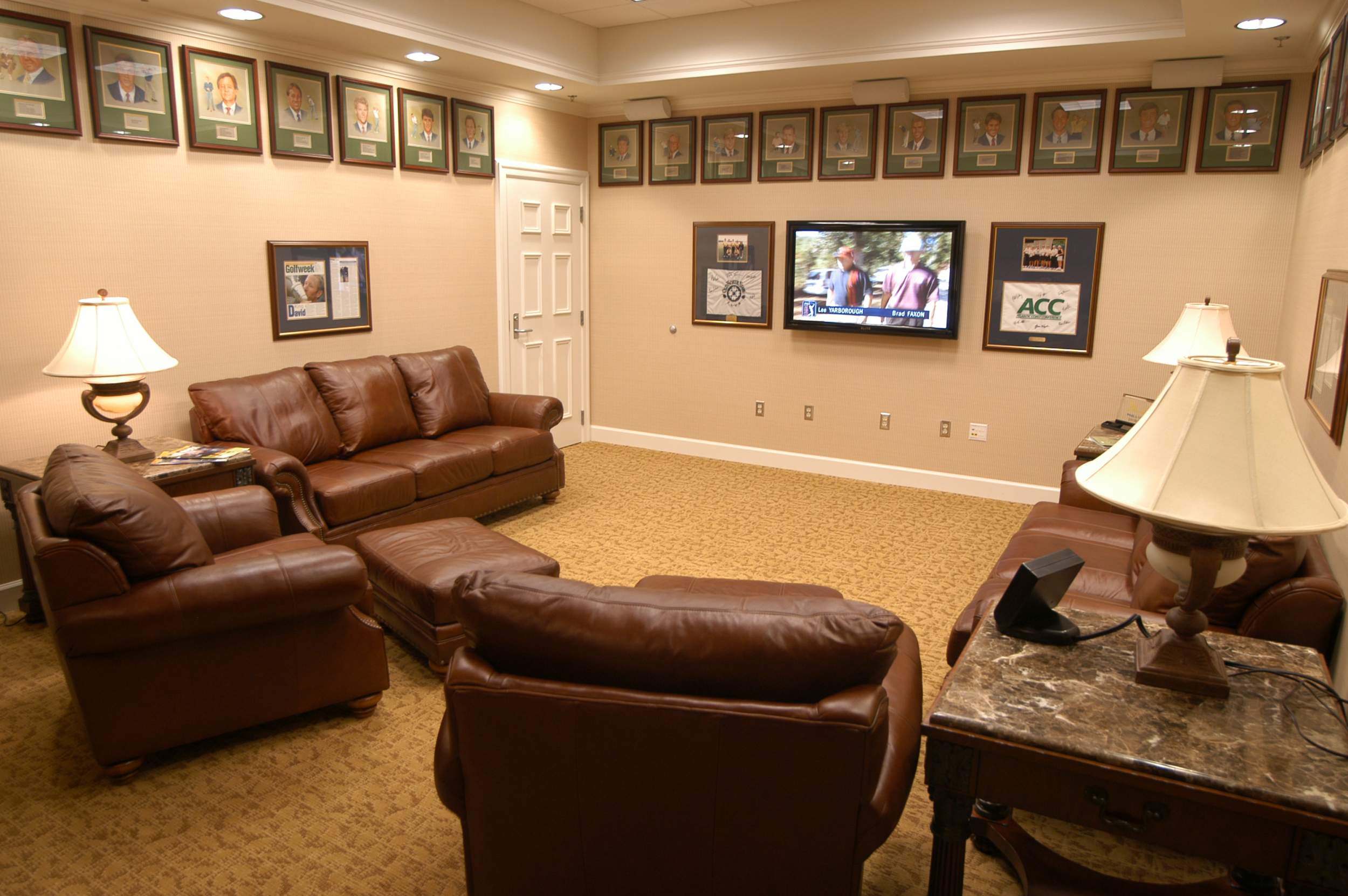 On the walls, you’ll find portraits of each of Tech’s All-America golfers, from Watts Gunn in 1927 to the most recent All-Americans Anders Albertson and Ollie Schniederjans, plus photos of Tech championship teams and memorabilia of alumni accomplishments in professional golf.

On display in trophy cases is memorabilia from the days of Watts Gunn, Bobby Jones and Charlie Yates. Encased in the center are Tech’s National Player of the Year trophies honoring David Duval, Stewart Cink, Matt Kuchar and Bryce Molder. Also on display are Tech’s NCAA Regional individual championship trophies, and all 16 ACC championship trophies. Prominent displays of Tech’s GCAA All-America honorees are in both the locker room and television lounge.

Tech’s three team trophies, the Robert Tyre Jones Award for the team’s outstanding player, the Watts Gunn Trophy for the team’s most improved and dedicated player, and the Charles Yates Cup for academic achievement, are also displayed here.

As part of Tech’s renovation of Bobby Dodd Stadium, the renovated golf center was completed in the fall of 2003 along with the expanded north end zone of the stadium. 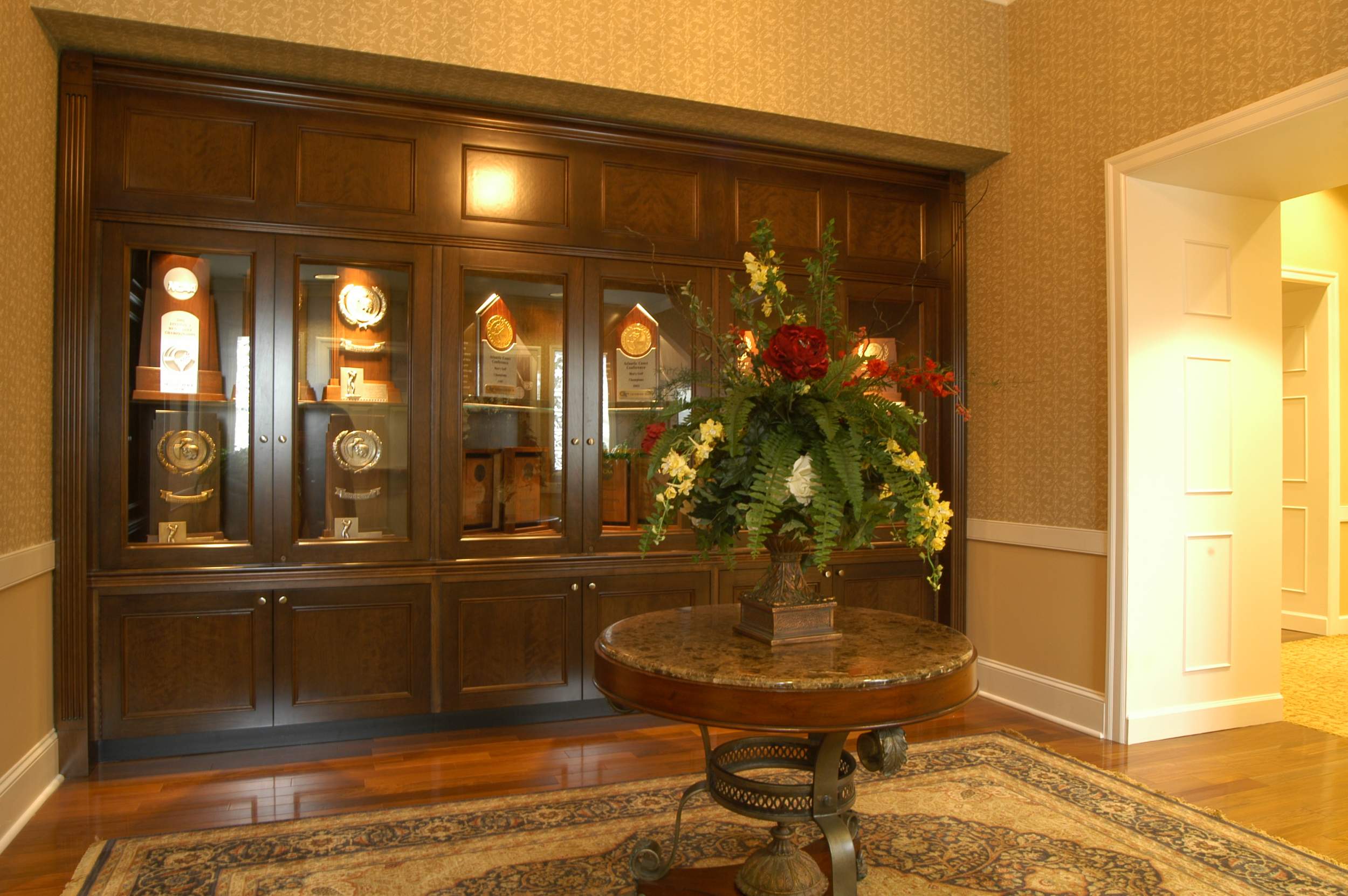