It was the fourth road win in conference play for the Yellow Jackets, who moved to .500 overall this season at 13-13 and improved to 7-8 in the ACC. Tech has secured back-to-back league wins for the first time this season, coupled with last week’s home victory over No. 5 Louisville.

Wake Forest rallied out of the break, scoring the first nine points to grab a 38-37 edge. Tech recaptured the lead on its next possession when Devoe fed Evan Cole for a dunk and never trailed after that. The Demon Deacons tied the game three times, but could never regain the lead as the Jackets kept them at bay with free throws, making 19 of 25 in the second half.

Devoe finished the game with a game-high 24 points and five assists, hitting 9-of-14 shots from the floor, including a pair of threes, and 4-of-5 from the foul line. Alvarado set career highs at the charity stripe, making 13 of 15 tries on the way to 22 points. The 6-foot junior had four assists and just one turnover while playing the full 40 minutes.

Moses Wright (14 points) and Jordan Usher (10) both reached double figures for Tech. Evan Cole came up big off the bench with nine points and seven rebounds as James Banks III picked up three early fouls and fouled out after playing just 11:21.

Five Demon Deacons scored in double figures, with Brandon Childress and Jahcobi Heath leading the way with 16 points each.

Georgia Tech is on the road again for its next game, visiting Syracuse Saturday for a 4 p.m. tip at the Carrier Dome. The game will be televised on the ACC’s Regional Sports Network (Fox Sports South in Georgia). 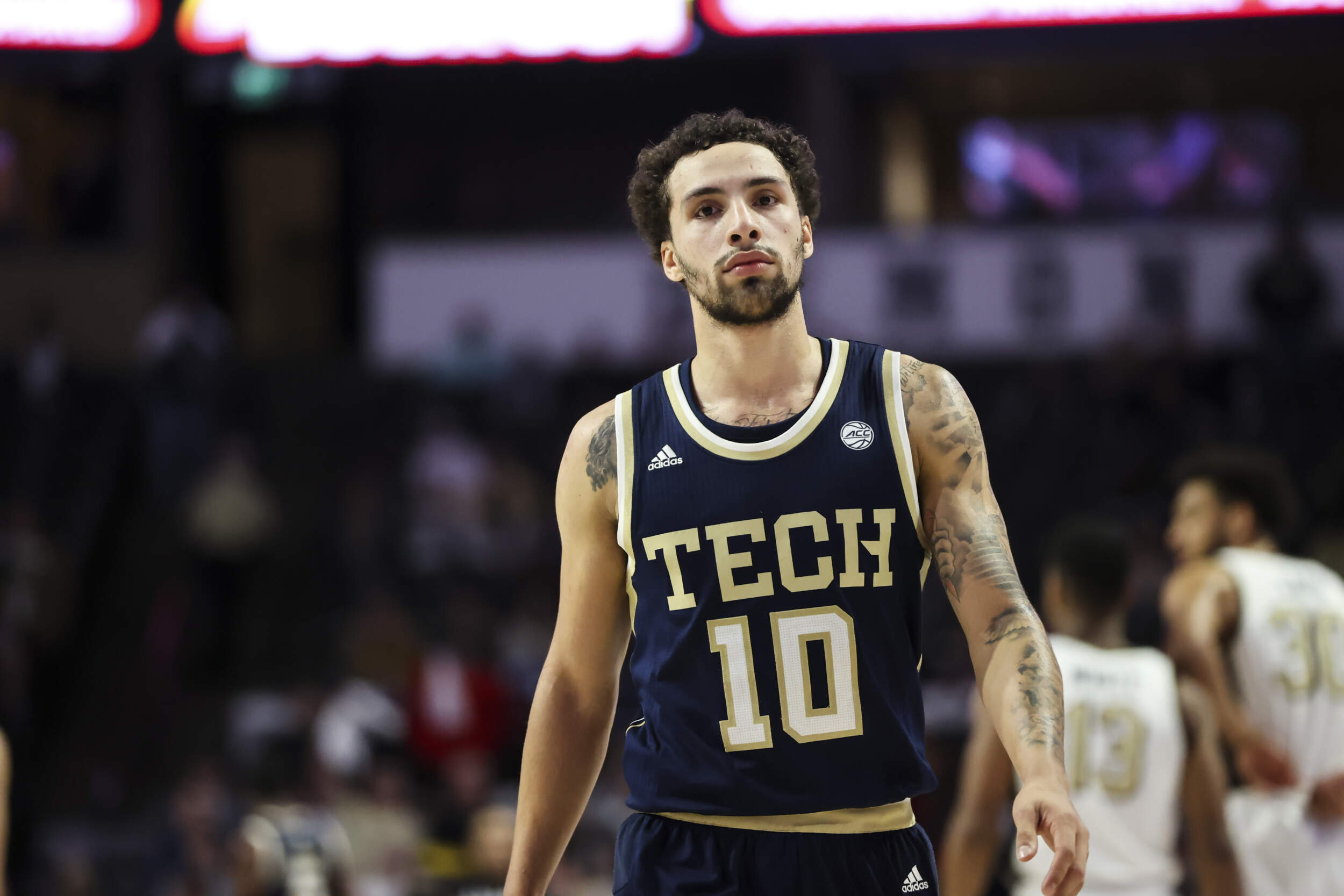