No. 8 Jackets Top Clemson at Home for Seventh-Straight Win

THE FLATS  – Mariana Brambilla notched her sixth double-double of the season (15k, 11d), Julia Bergmann finished with 15 kills, nine digs and two blocks, and Kayla Kaiser added 10 kills, three blocks and an ace as Georgia Tech topped Clemson 3-1 (25-20, 17-25, 25-18, 25-19) on Friday in O’Keefe Gymnasium. Erin Moss tallied eight kills and a team-high four blocks, and Mikaila Dowd finished with 10 digs and seven kills for the Yellow Jackets, who finished the fall season 7-1 to clinch at least a share of first place in the ACC. 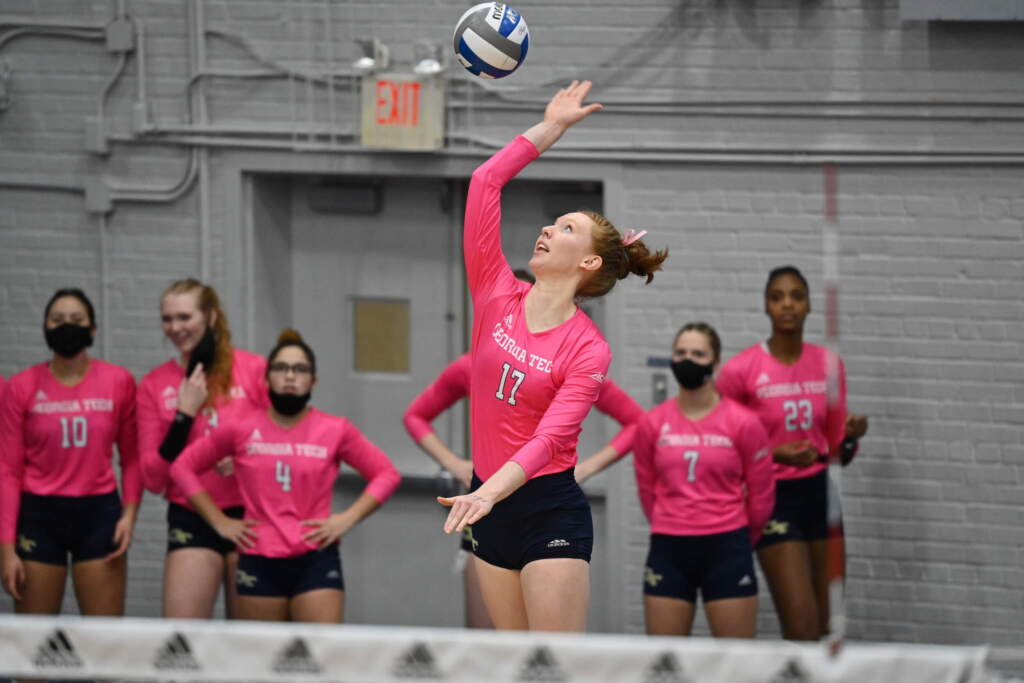 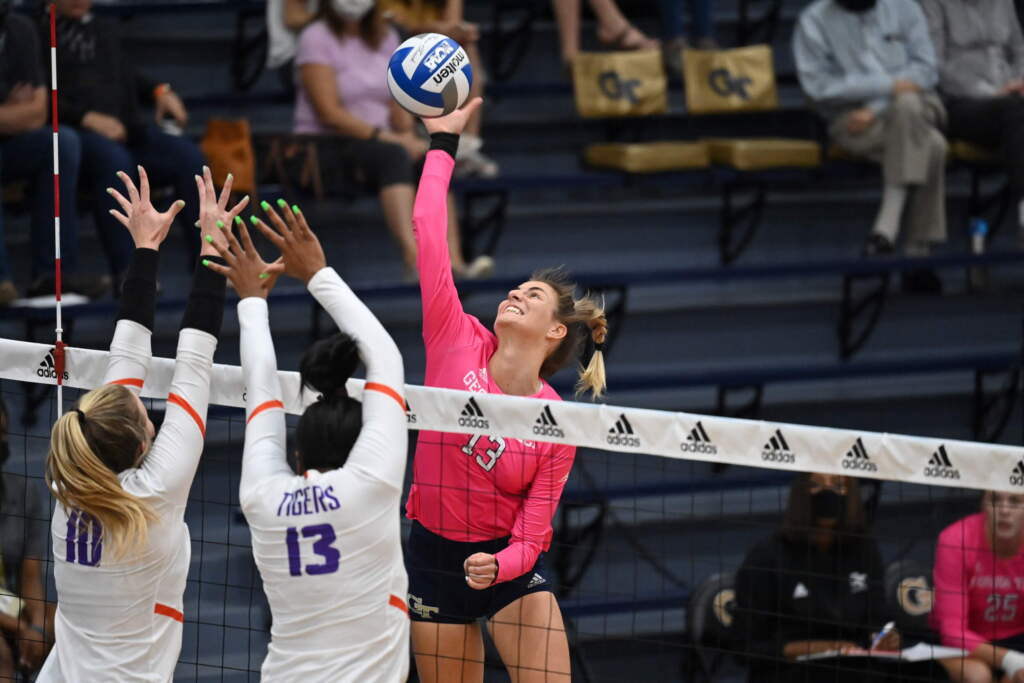 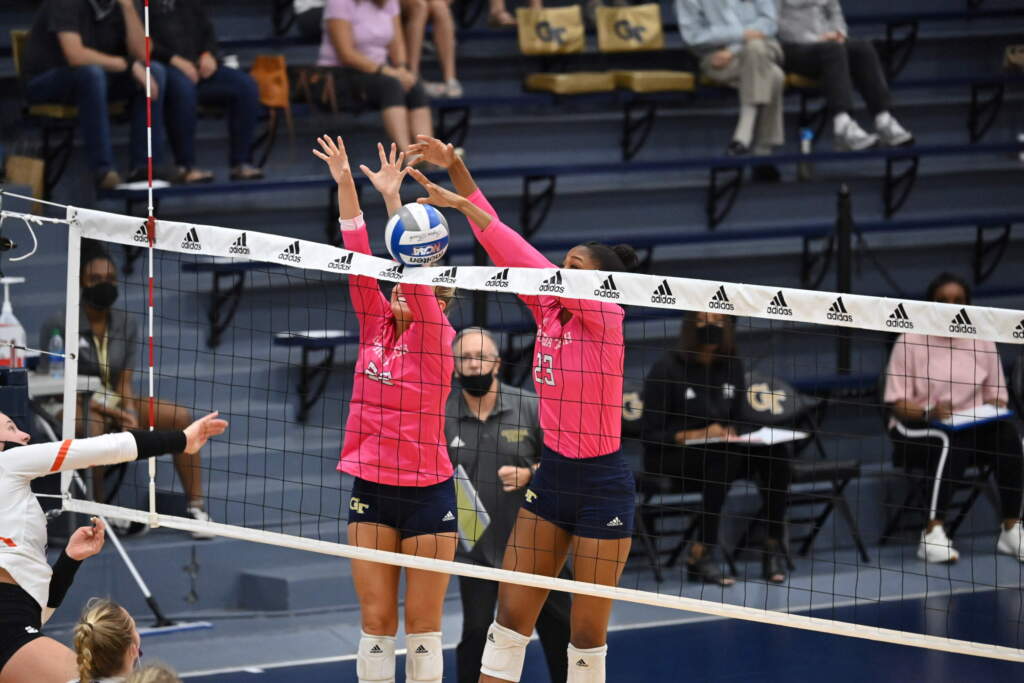 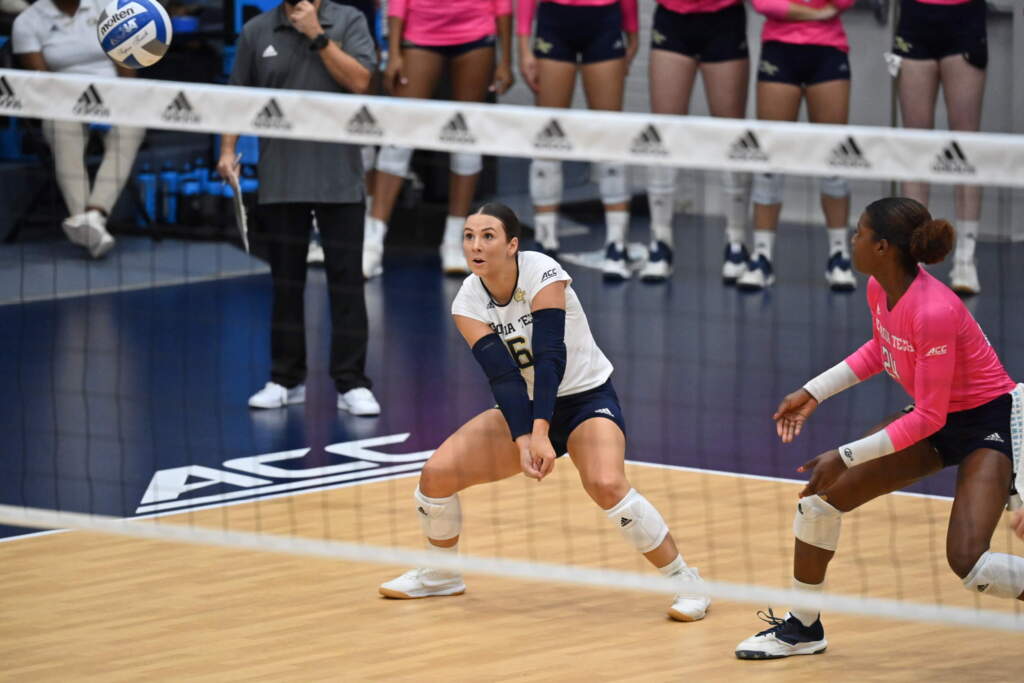 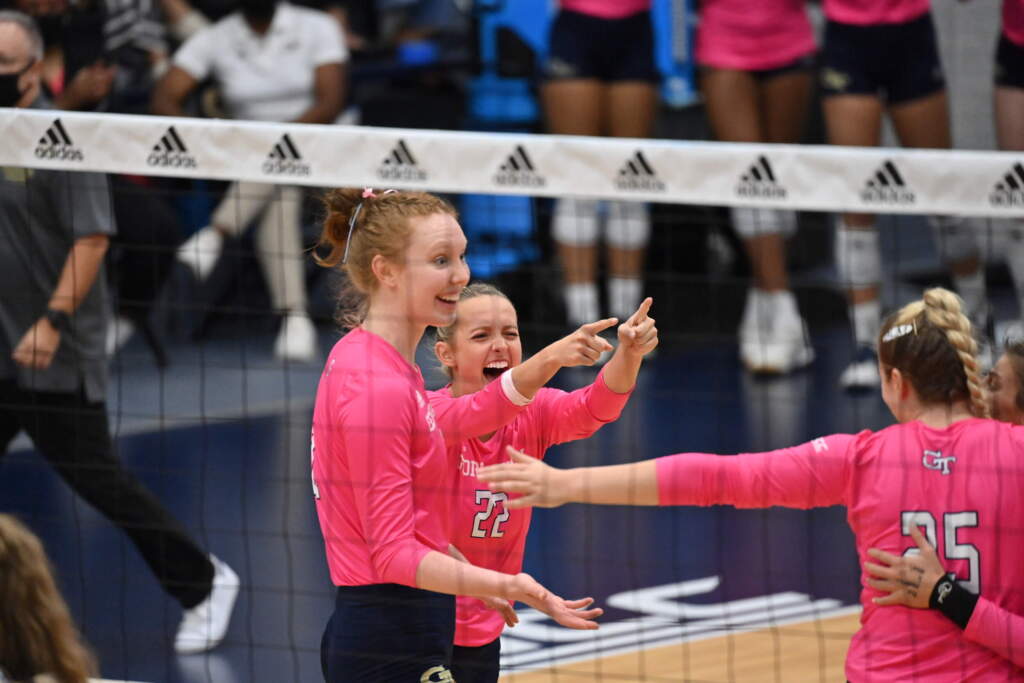 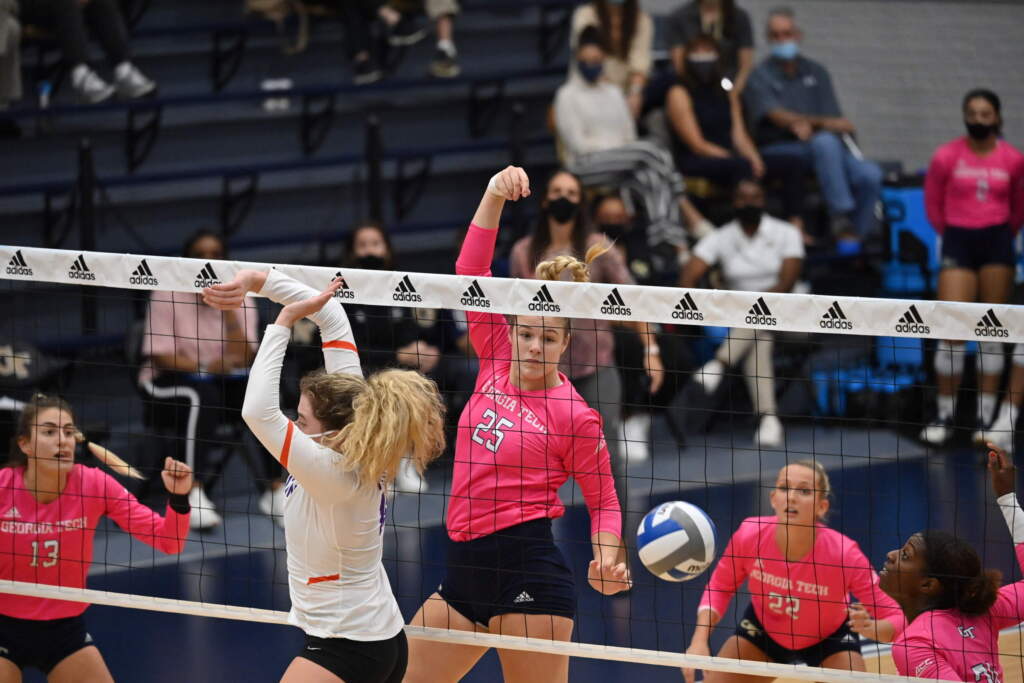 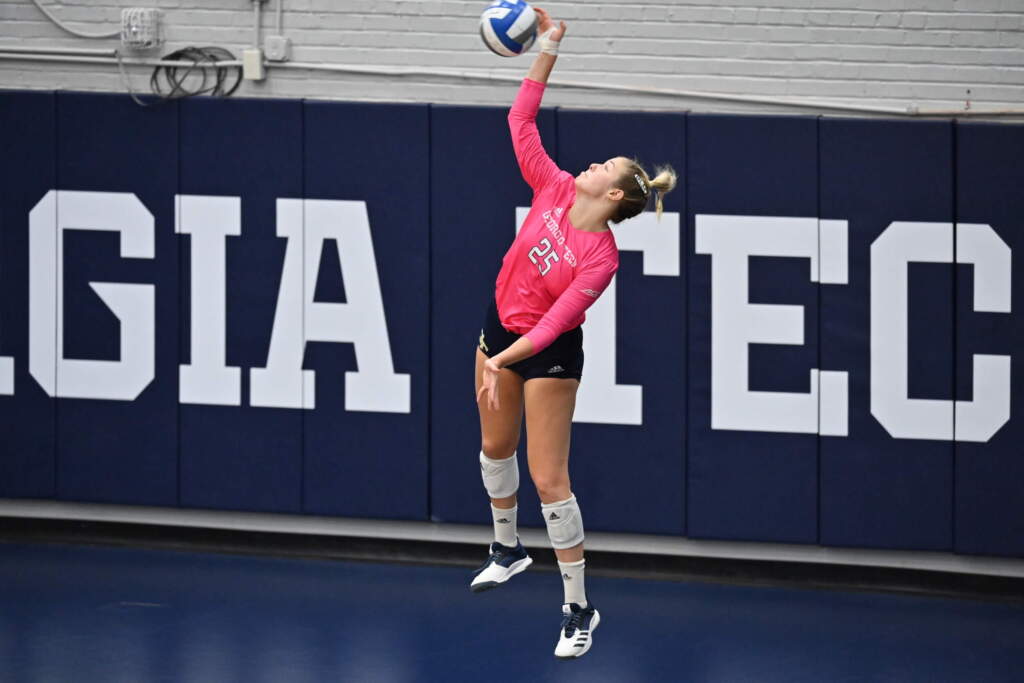 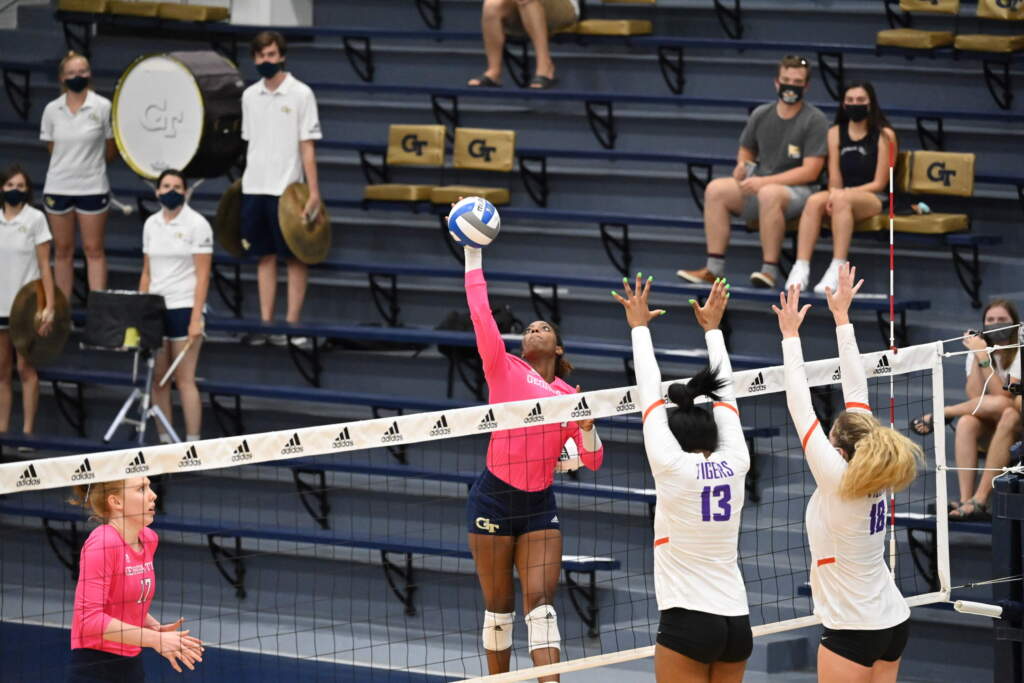 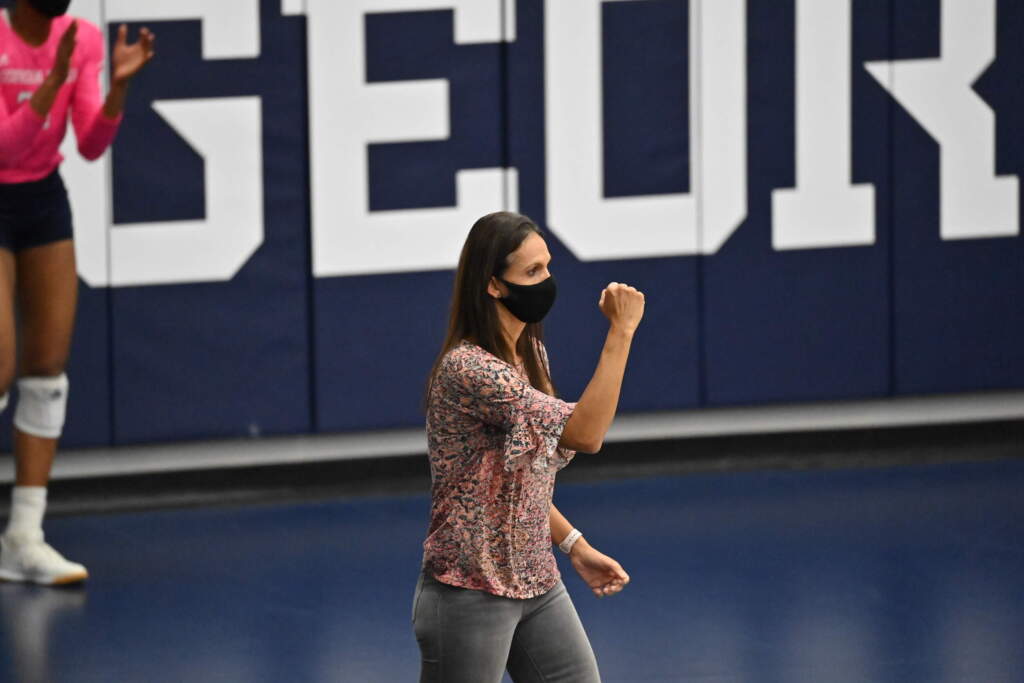 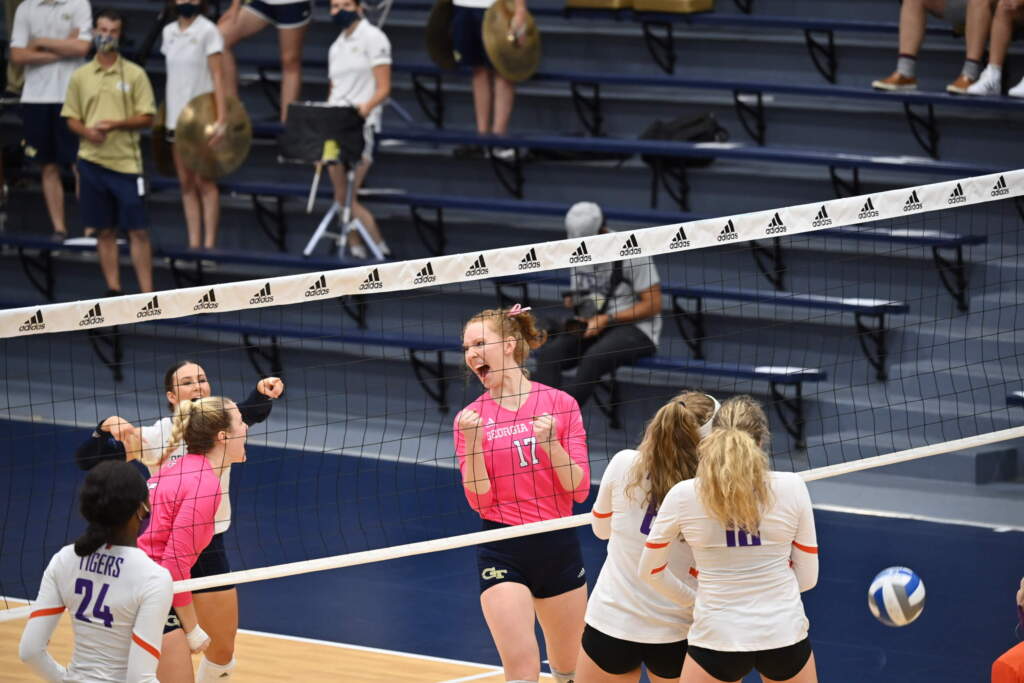 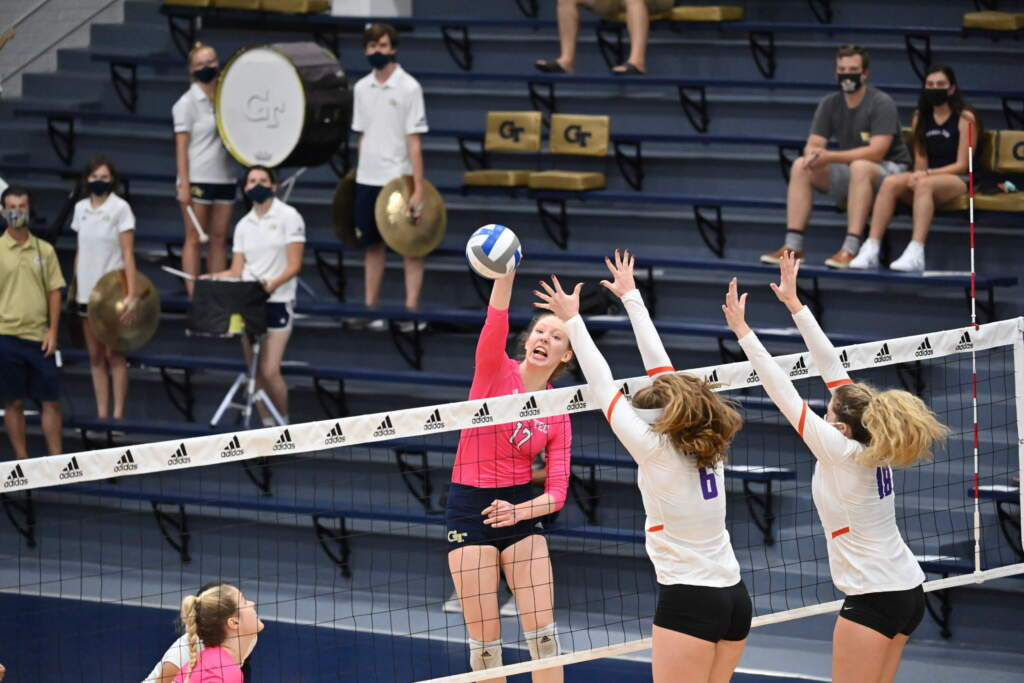 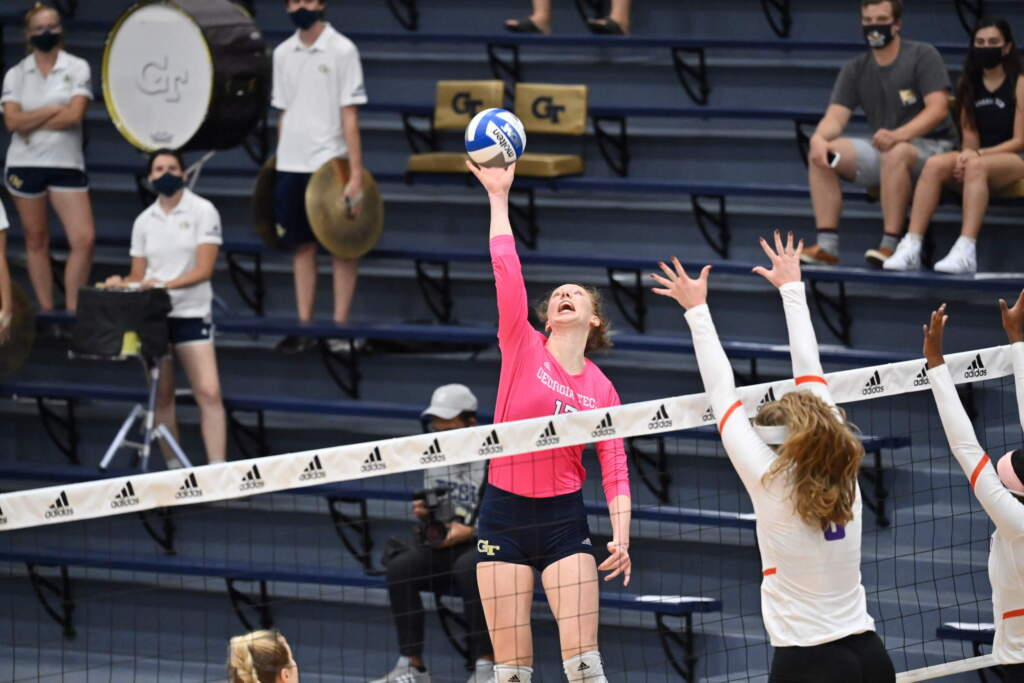 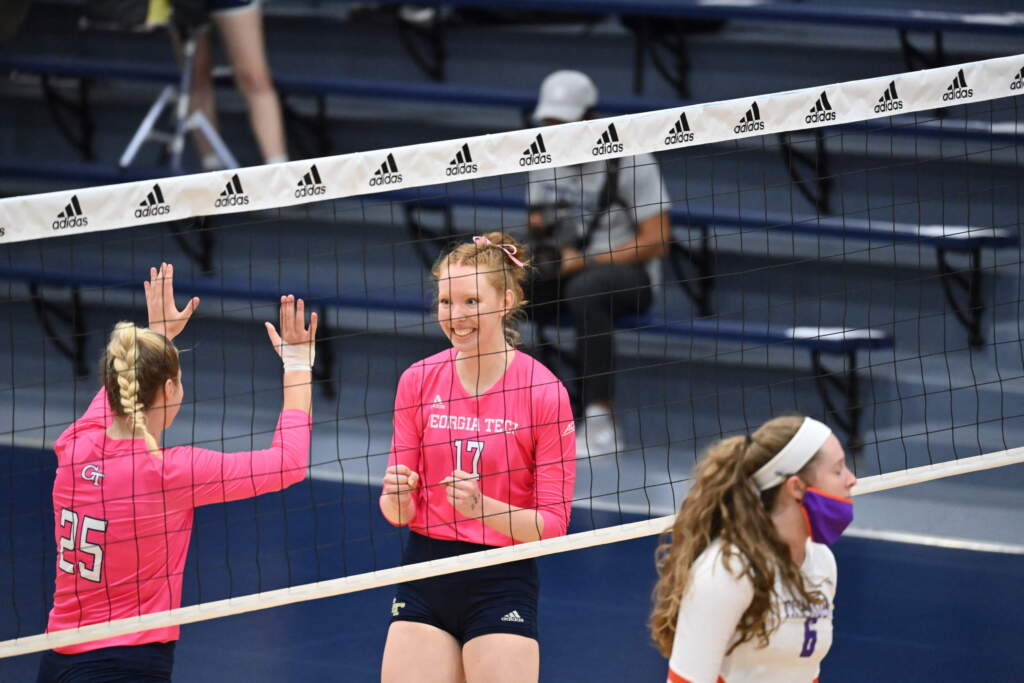 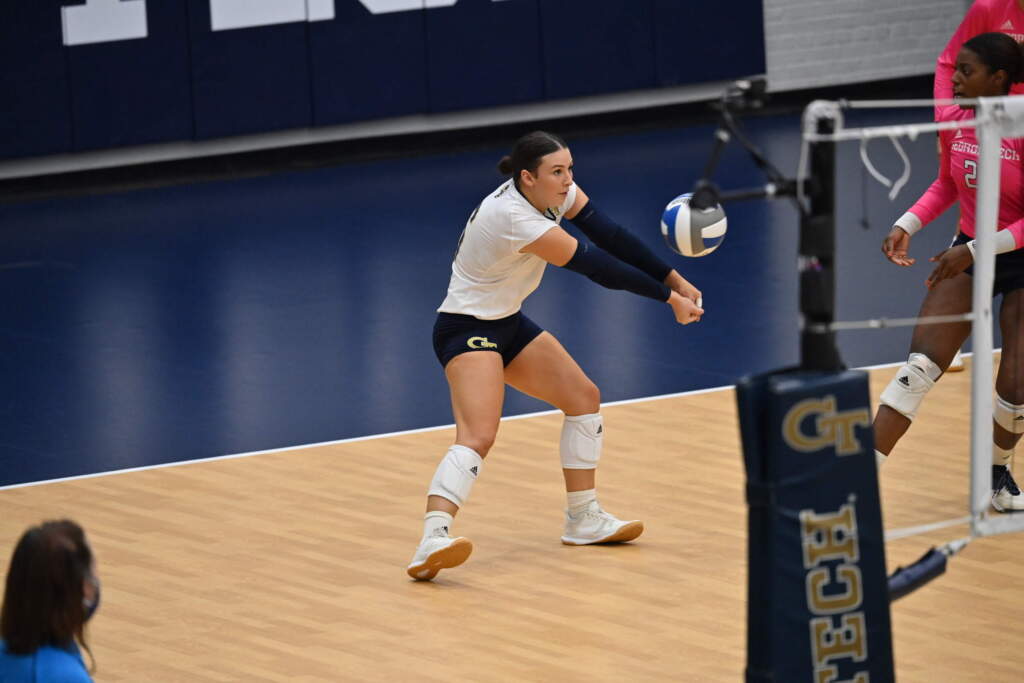 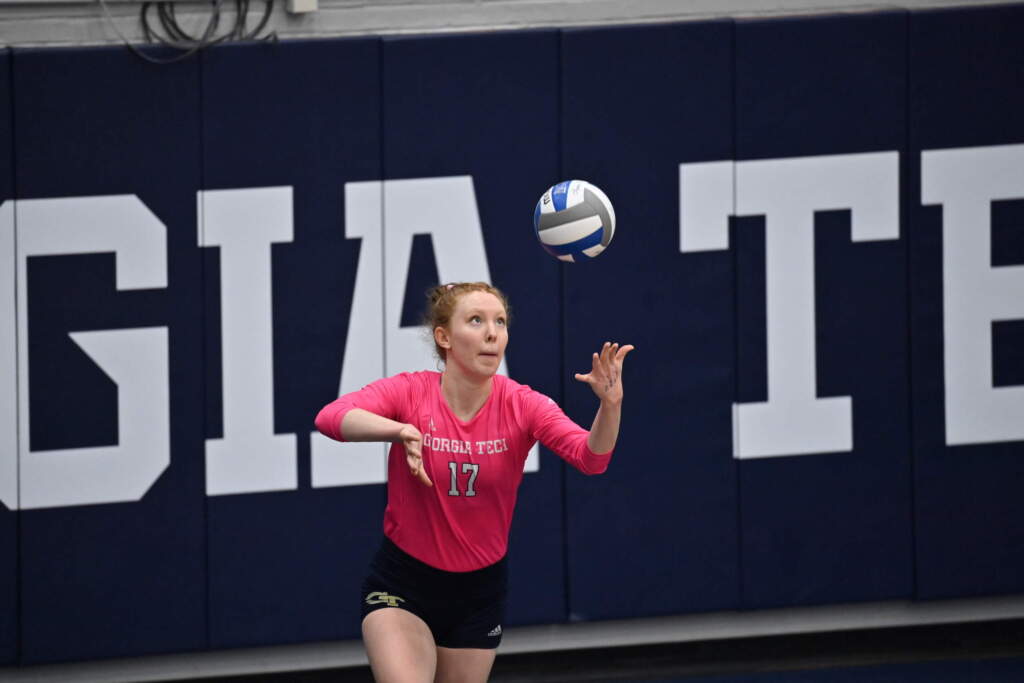 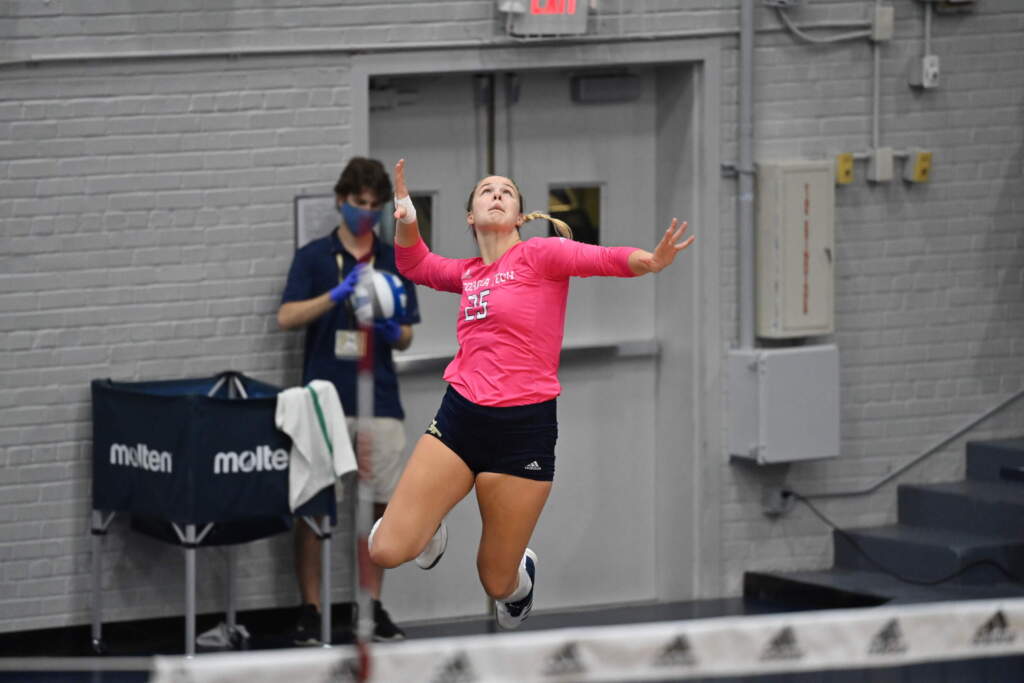 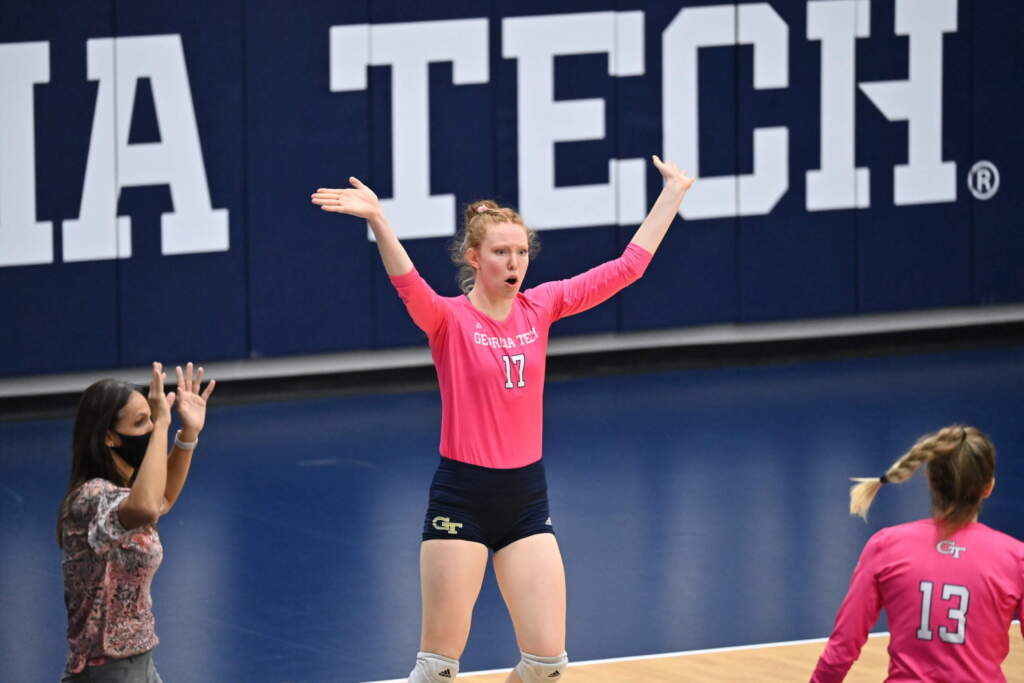 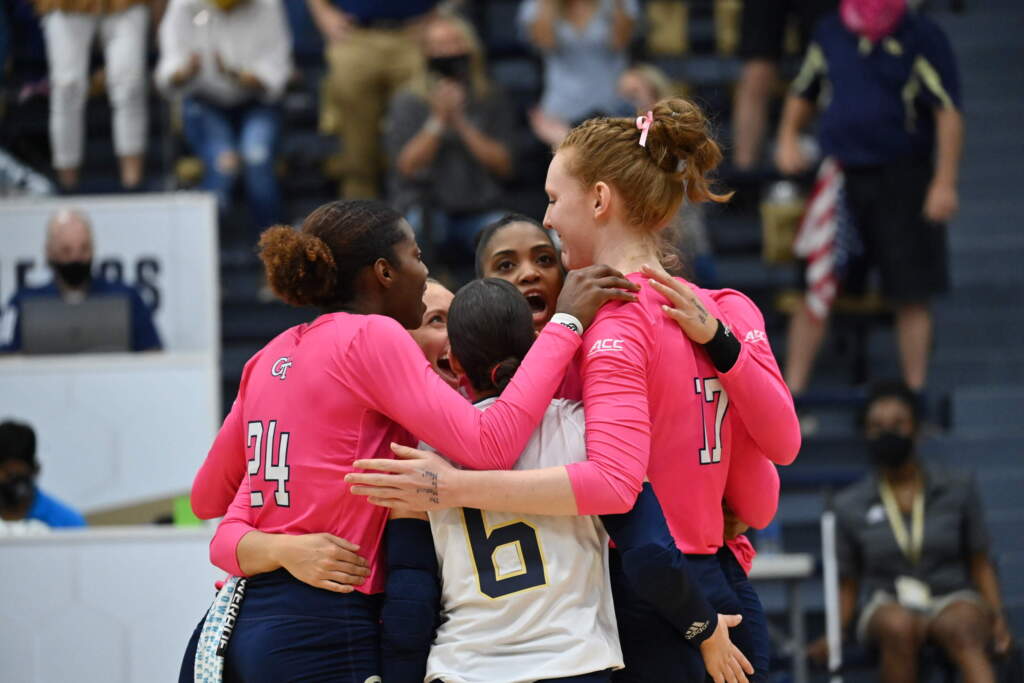 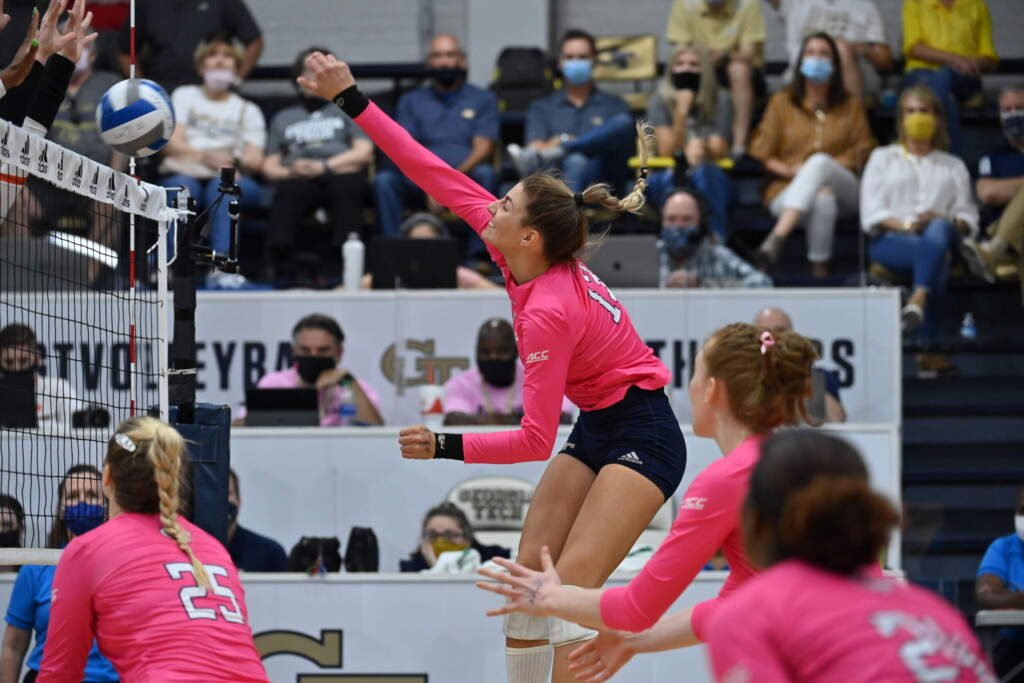 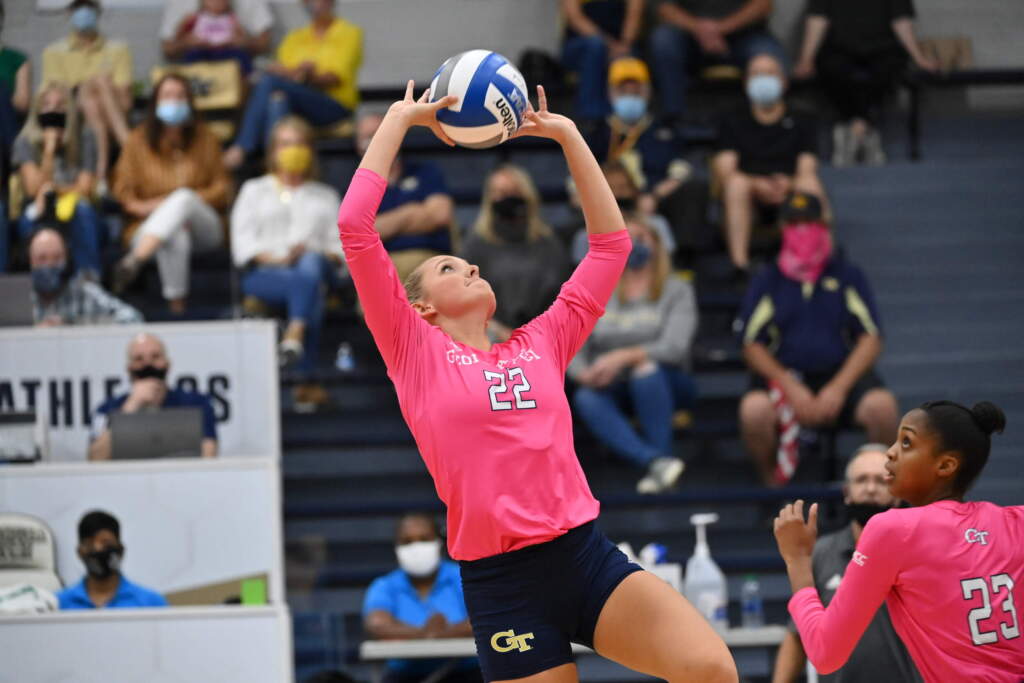 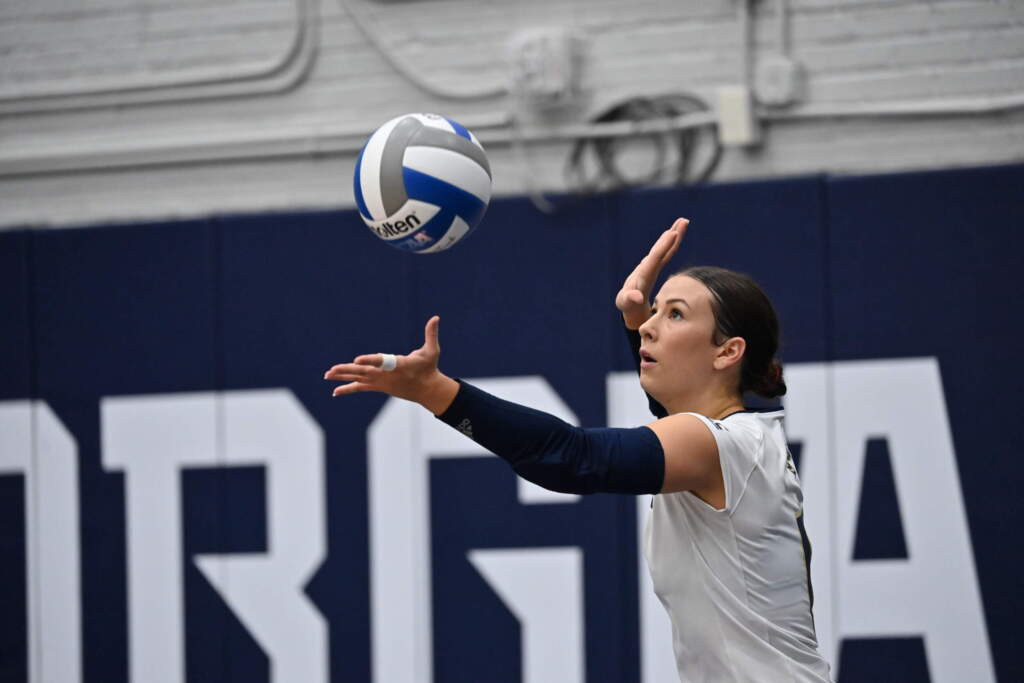 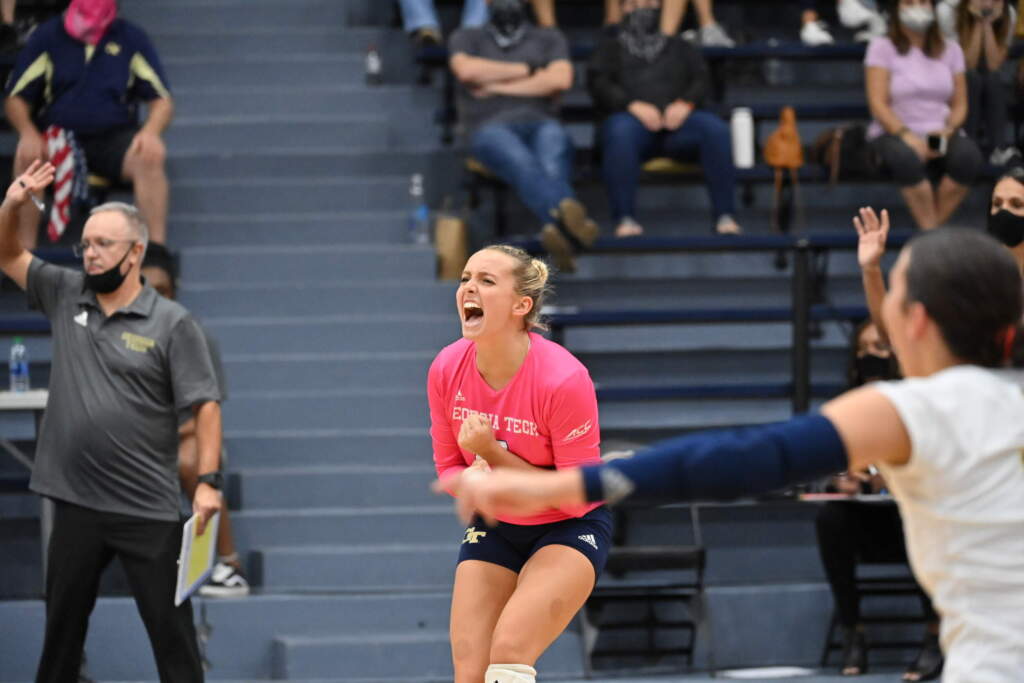 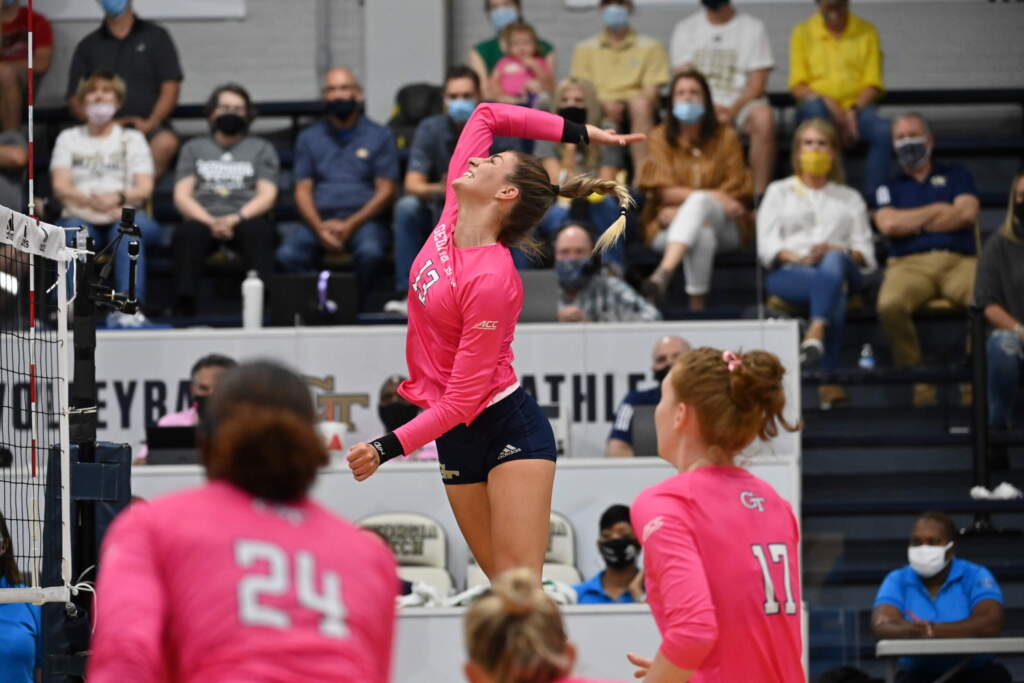 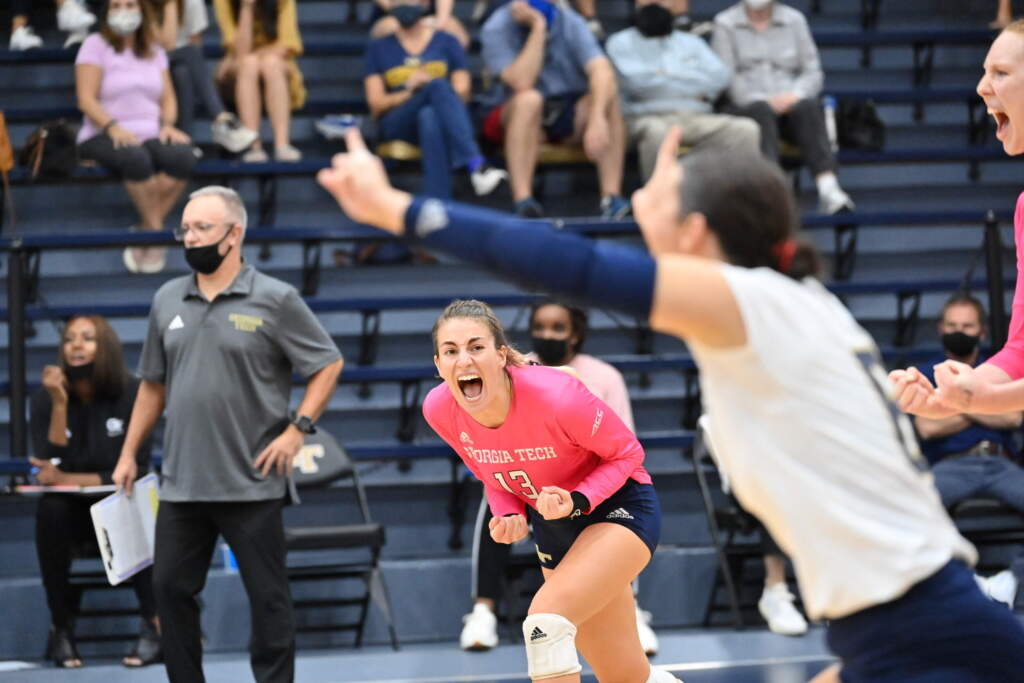 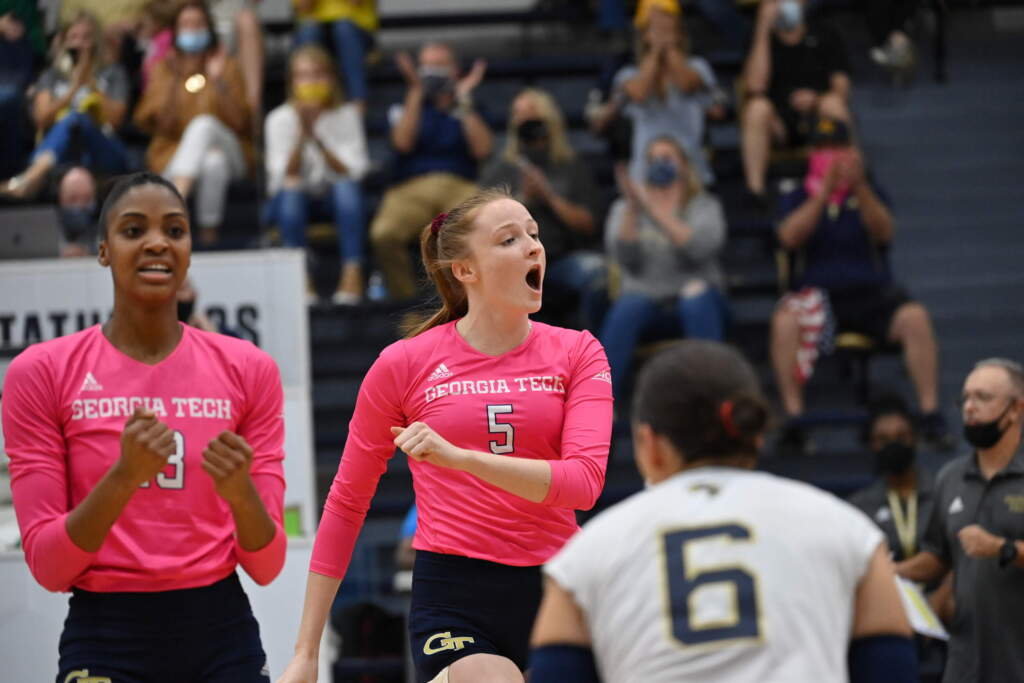 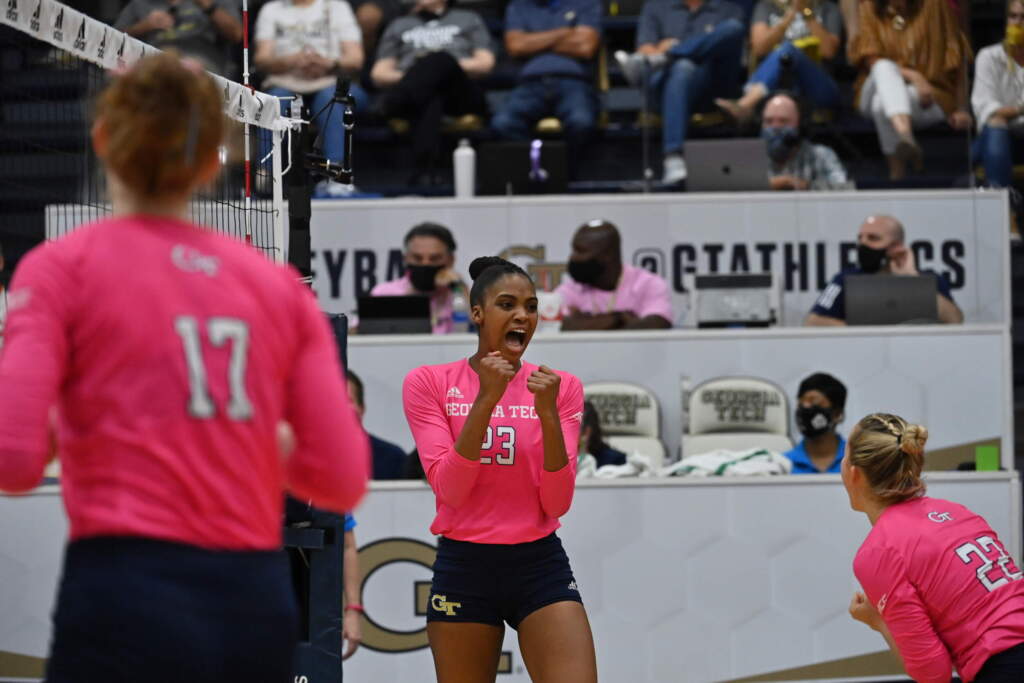 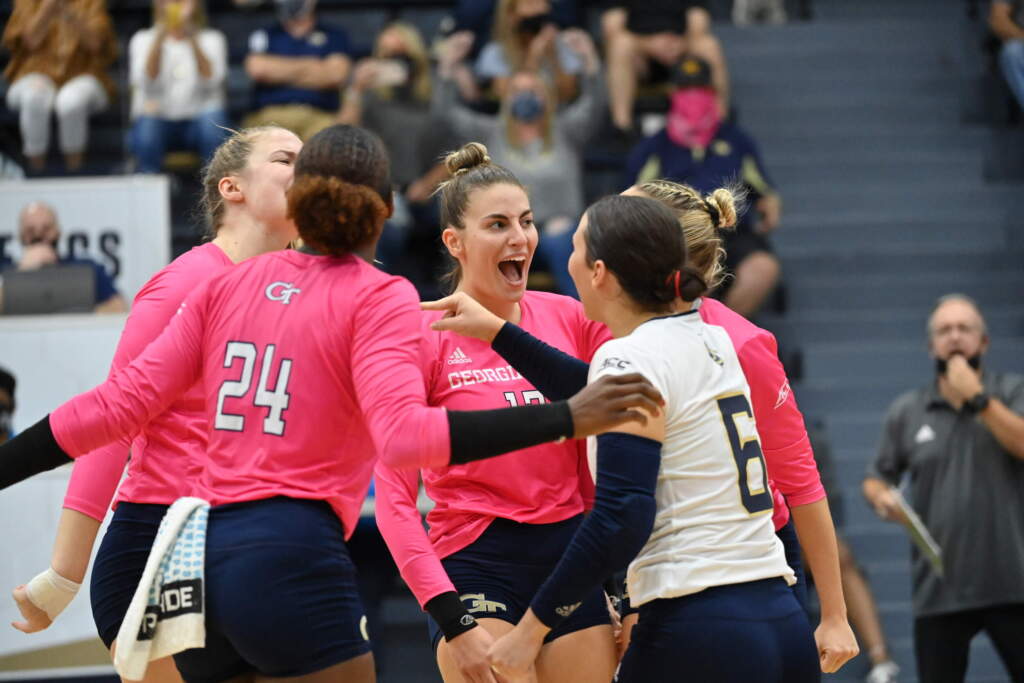 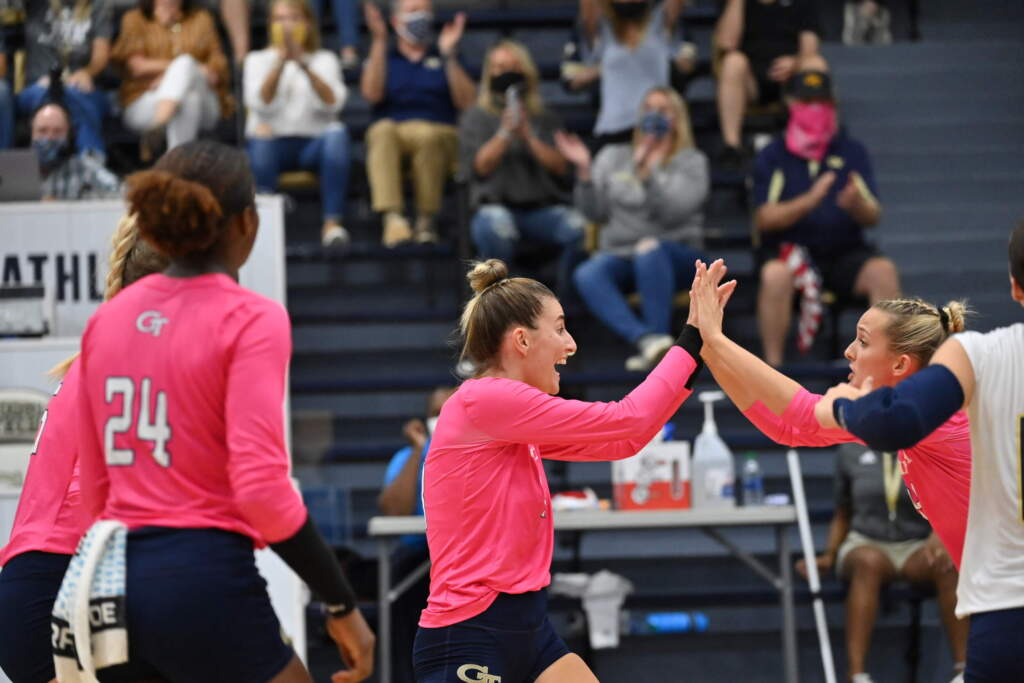 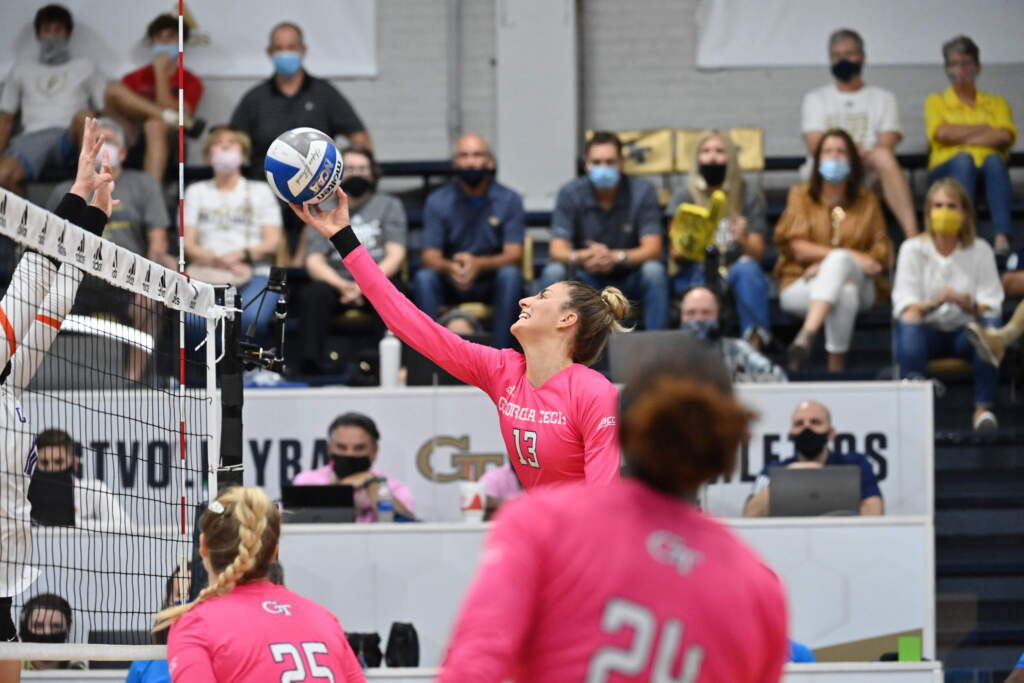 Georgia Tech started off hot offensively, with Brambilla and Kaiser each perfect through their first five swings. Tech clung to a slim lead through most of the first set, with Clemson pulling to within two at 14-12. Kills by Bergmann and Brambilla put the Tech lead back at four, 16-12, as the Jackets led by as many as seven in the set. The Jackets had two set points spoiled by Clemson before Moss sealed it with a kill to win the first set, 25-20. Brambilla and Kaiser finished with five kills each in the first set, and Bergmann added three.

Clemson was able to keep the Jackets off balance to start the second set, jumping out to a 13-10 lead and forcing a Tech timeout. The Tigers led by as many as seven behind four kills from Camryn Hannah and three kills and two aces from Cate Long. Tech would pull to within five, but that was as close as it would get, as Clemson tied things up winning the second set, 25-17. Bergmann led the Jackets with four kills in the set.

Kaiser came out with two-straight blocks to start the third set and give Tech an early 4-0 advantage, but Clemson would come roaring back to tie things up at 8-8. Kaiser and Bergmann answered with back-to-back kills but the Tigers would keep things close, tying things up again at 16 apiece. But the Yellow Jackets would finish the set on a 9-1 run behind Kaiser, who would finish with four kills on six attempts in the third set to give Tech the 25-18 win to go up 2-1.

The fourth set would start off close as well, with the two teams battling to an 8-8 tie. But Georgia Tech would go on to take eight of the next 11 points to go up 16-11 at the first timeout. Brambilla and Bergmann would account for most of the scoring in the set, combining for 10 of the team’s 13 kills in the fourth. Moss locked things up defensively with four block assists in the set as Georgia Tech went on to win 25-19 to take the match.

This was Georgia Tech’s last match of the fall. Spring competition dates will be announced at a later time.

S1 | Bergmann gets in on the action with her first kill of the night and the Jackets lead 15-12. pic.twitter.com/NctY18FZOq

Tech rides a 9-1 run to win the third set and go up, 2-1!!#poinTech pic.twitter.com/w8kSYaHddw

The No. 8️⃣ team in the nation finishes the fall season 7-1 after winning the last 7️⃣ straight!!!#poinTech pic.twitter.com/UsofYyYo44