Coaching for over 40 years, DeMoss has had stops at both the collegiate and professional levels. The winner of six NCAA National Championships and a WNBA Championship, DeMoss will be a source of information for the women’s basketball staff in regards to offense and defense and be a resource for game analytics.

“I’m really excited about adding Mickie DeMoss to our staff as chief of staff and game analytics,” said Fortner. “She brings over 40 years of coaching experience to this after having won at every level that she’s coached at, whether that’s collegiately as a player, collegiately as a long-time assistant coach to Pat Summitt at Tennessee winning six national championships, to coaching under Lin Dunn with the Indiana Fever and winning a WNBA Championship in 2012. She just knows how to win.

“She is a tremendous teacher of the game of basketball, and everyone on this staff will benefit from having her knowledge and experience with us on a day-to-day basis,” continued Fortner.

DeMoss comes to The Flats after serving on Vanderbilt’s staff during the 2018-19 season in offensive analytics. She continued her career in the collegiate coaching ranks at Louisiana State University, where she was an assistant coach for two seasons (2016-18). She joined the Lady Tigers after two successful seasons as the associate head coach at her alma mater, Louisiana Tech University (2014-16).

Prior to her return to the collegiate scene, DeMoss served as an assistant coach with the Indiana Fever in 2012 and 2013, where she helped lead the franchise to a 2012 WNBA Championship under then-head coach Lin Dunn. Prior to her stint with the Fever, DeMoss returned to Tennessee for a second stint as assistant coach from 2010-12. In total, DeMoss was with UT for over 20 years, from 1985-2003 and again from 2010-12. During her second stay at UT, DeMoss helped lead the program a pair of NCAA Tournament Elite Eight appearances and back-to-back regular season and conference tournament championships. During her first stint with the Lady Vols, the program won six national titles and recorded 12 trips to the Final Four, while amassing a 554-77 (.878) overall record. She was promoted to associate head coach in 2000, filling the role for three seasons before leading her own program as head coach at Kentucky. 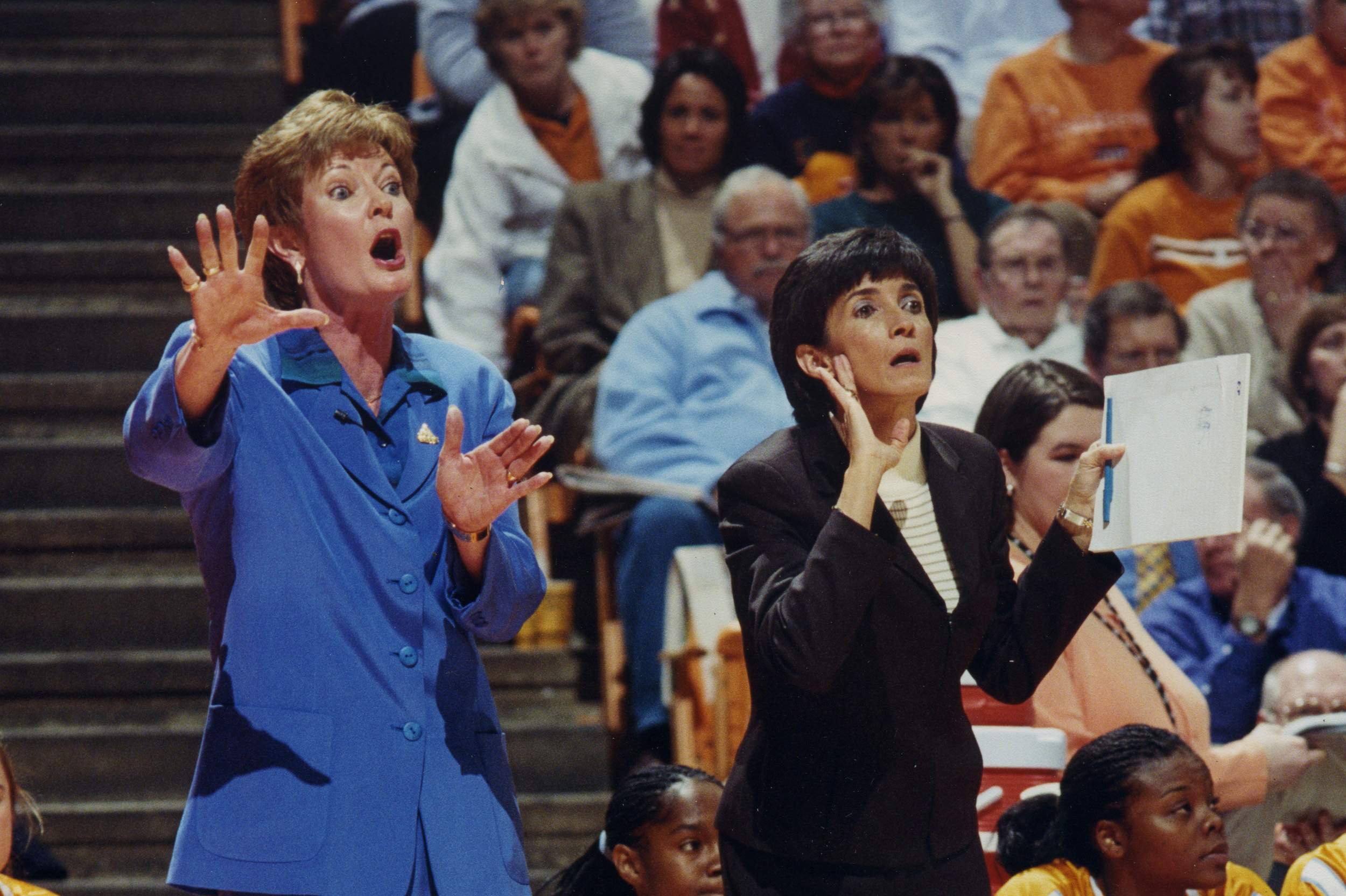 Tabbed the 2006 SEC Coach of the Year, DeMoss put together consecutive 20-win seasons and three postseason appearances (one NCAA and two WNIT), while guiding the Wildcats to a 71-56 record in four seasons as head coach at Kentucky (2003-07).

From 2007-10, DeMoss served as an assistant coach at the University of Texas, helping guide the Longhorns to three NCAA Tournament berths. DeMoss then returned to Tennessee to serve on Summitt’s staff for the final two seasons of the legendary coach’s career with the Lady Vols.

“I’m excited to be joining a very talented staff at Georgia Tech with Nell Fortner as the head coach,” said DeMoss. “Nell has proven she can take a collegiate program and win at a very high level. Georgia Tech is a great institution, and I look forward to helping this staff build upon the successes of this program. Hopefully I can share some of my experiences in 43 years of collegiate coaching and provide helpful insight to the coaching staff. It has been proven that you can win at Georgia Tech, and I have no doubt that this staff will do the same.”

A 1977 graduate from Louisiana Tech with a bachelor of arts in physical education, DeMoss was a player on the inaugural women’s basketball team in 1974 at the school and lettered for the first three years of the program’s existence. A native of Delhi, La., DeMoss earned a master’s degree in education at Memphis State in 1979. DeMoss was inducted into the Women’s Basketball Hall of Fame in 2018 as a contributor – assistant coach.