THE FLATS –  Georgia Tech freshman McKenzie Campbell was named ACC Swimmer of the Week, the conference announced on Tuesday.

Campbell, who has been one of the Tech’s strongest fly swimmers this season, earned the honor after finishing the 100 fly at the Yellow Jacket Invitational in a personal-best time of 54.85. It was the fastest 100 fly time on the team this season, and is tied for seventh on the program’s all-time list.

A native of Greensboro, N.C., Campbell finished first in the 200 fly three times this season, and has earned 11 top-3 finishes overall.

The Georgia Tech women are preparing for the ACC Championships in Greensboro, N.C., which runs Feb. 19-22. The men will compete the following weekend, Feb. 26-29. 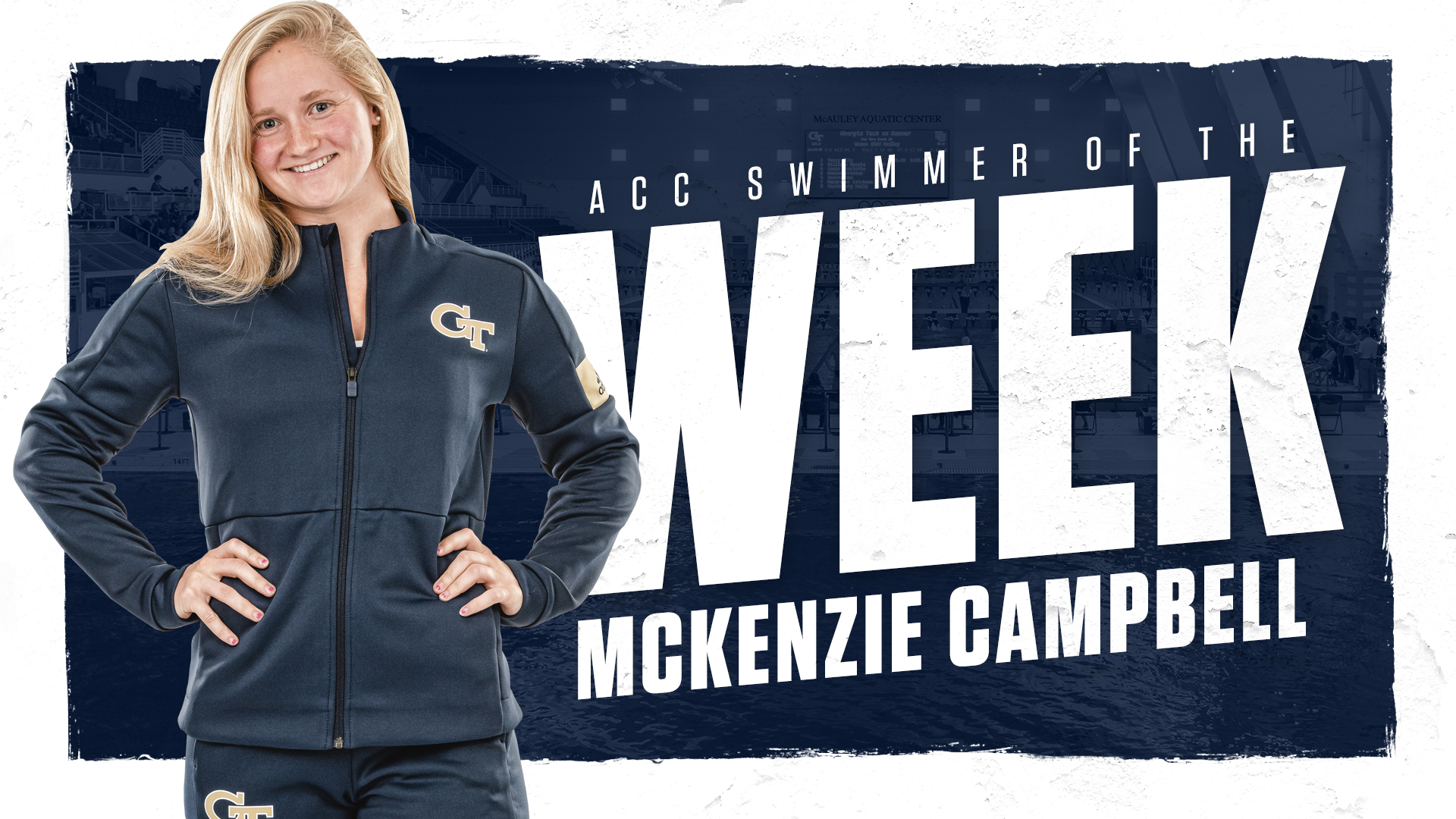