It was the final bucket in an 8-for-8 night for Tech’s junior center, who was fouled on the play and made the free throw to finish with a game-high 19 points. The winning play gave the Yellow Jackets (14-17, 6-12 ACC) their second ACC road win this season in their final regular season game.

Tech led by as many as eight points in the second half, 52-44 with 8:07 left, but the Wolfpack (20-10, 8-9 ACC) rallied by draining four three-point baskets and hitting five free throws in the final eight minutes. Torin Dorn hit the last three with 6.1 seconds left for a 61-60 NC State lead.

Head coach Josh Pastner called timeout and drew up the winning play, in which Alvarado took the inbounds pass and raced up the court. He penetrated the lane, dished to Banks cutting in from the left side, and Banks slammed home the winner.

The Jackets shot 58.1 percent from the floor, getting most of its baskets from close range and getting only one three-point basket in the game. They also turned the ball over just four times in the second half.

Johnson led four NC State players in double figures with 17 points, while D.J. Funderburk scored 15 before fouling out. Devon Daniels added 13 and Dorn finished with 12. The Wolfpack got 20 second-chance points in the game, but shot just 31.9 percent from the floor altogether, and went 8-of-35 from three-point range (22.9 percent).

Tech started the game hot, making eight of its first 10 shots from the floor to lead by as many as eight points (18-10) in the first half. But the Wolfpack ratcheted up their pressure, forcing 12 turnovers while finishing the half on a 10-4 spurt to take a 33-28 lead into the locker room. The Jackets outscored the Wolfpack 14-7 over the first eight minutes of the second half to regain the lead.

Georgia Tech returns to action next Tuesday in the opening round of the ACC Tournament at the Spectrum Center in Charlotte, N.C. The Yellow Jackets opponent and tip time will be determined following the final regular season round of games Friday and Saturday. 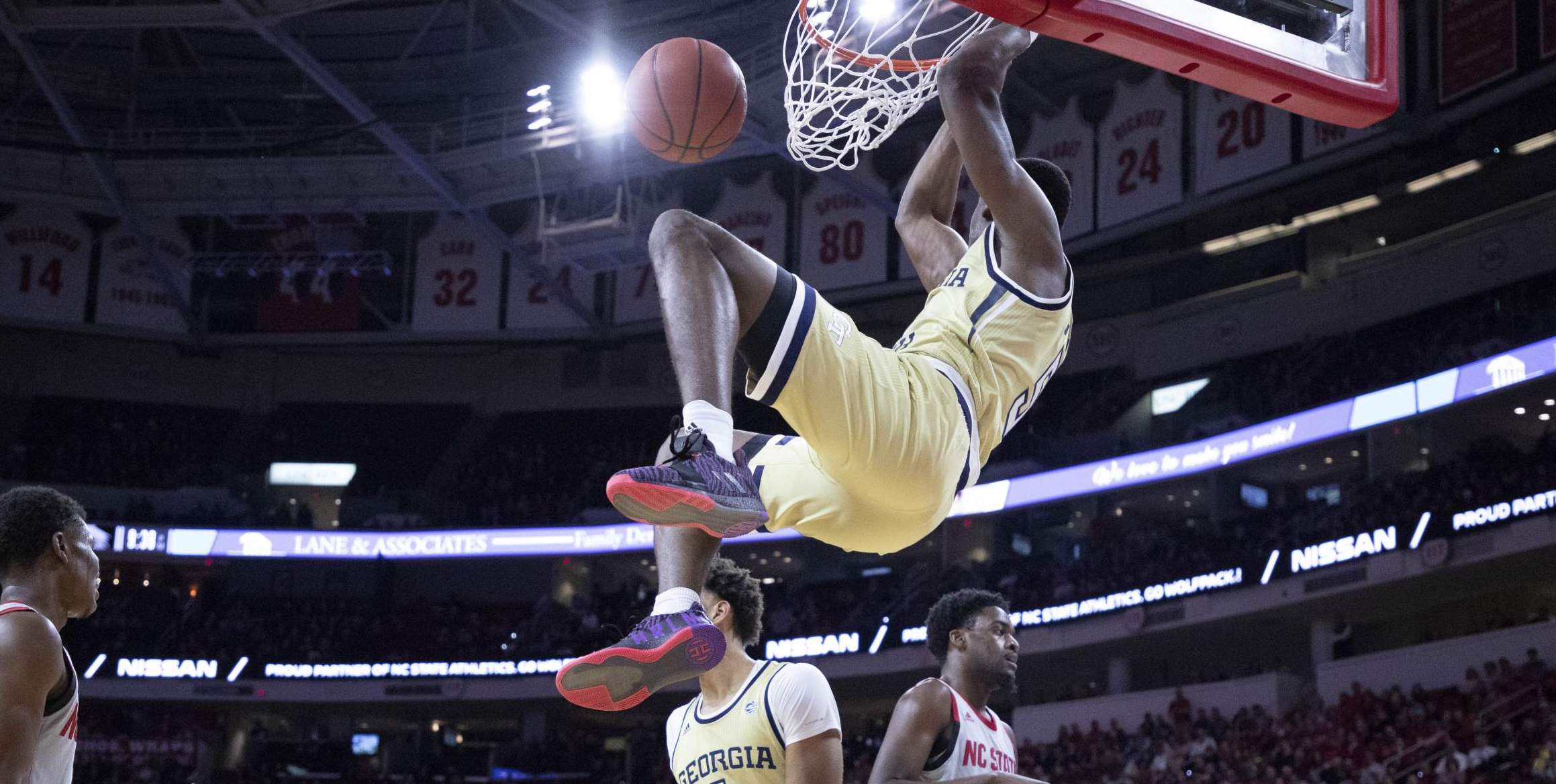 Moses Wright had 18 points and grabbed eight rebounds in his homecoming game in Raleigh.

Jose Alvarado finished the game with 12 points and four assists.