THE FLATS – Junior Nick Wilhite’s bases-loaded single through the left side lifted Georgia Tech baseball to a thrilling 5-4 victory over West Virginia in the 11th inning on Saturday night at Russ Chandler Stadium.

The nearly three-and-a-half-hour battle began with the Yellow Jackets (2-1) scoring four runs over the first six innings while junior left-handed pitcher Connor Thomas mowed down the Mountaineer (1-2) lineup with 10 strikeouts over 7.0 innings, refusing to allow an earned run.

Three unearned runs in the seventh for the Mountaineers brought them back in quick order before they ultimately tied the game in the eighth at 4-4. Georgia Tech then got huge innings from its bullpen as redshirt junior Tristin English dealt 2.0 innings with four strikeouts in relief before senior Keyton Gibson dealt 1.2 no-hit innings in extras, fanning three.

Freshman lefty Luke Bartnicki (1-0) then made his first collegiate appearance, facing one hitter and striking him out to keep WVU off the board one last time.

Tech’s offense was led by junior Kyle McCann, who finished 3-for-5 with a two-run homer and sophomore Michael Guldberg, who finished 2-for-2 with an RBI. Sophomore Colin Hall also had two hits, hitting two doubles for the game.

The West Virginia offense was led by a 2-for-5 outing by Darius Hill, while Marques Inman hit a solo home run. The Mountaineer bullpen stretched seven deep, with Gabe Kessler being the most effective with 3.0 scoreless innings, while Beau Lowery (0-1) received the loss, throwing the final 0.1.

The Yellow Jackets head on the road for their first road contest, traveling to Georgia Southern on Tuesday, Feb. 19. First pitch is scheduled for 6 p.m.

The man of the hour. Nick Wilhite. #GriT pic.twitter.com/voAOZGEWia 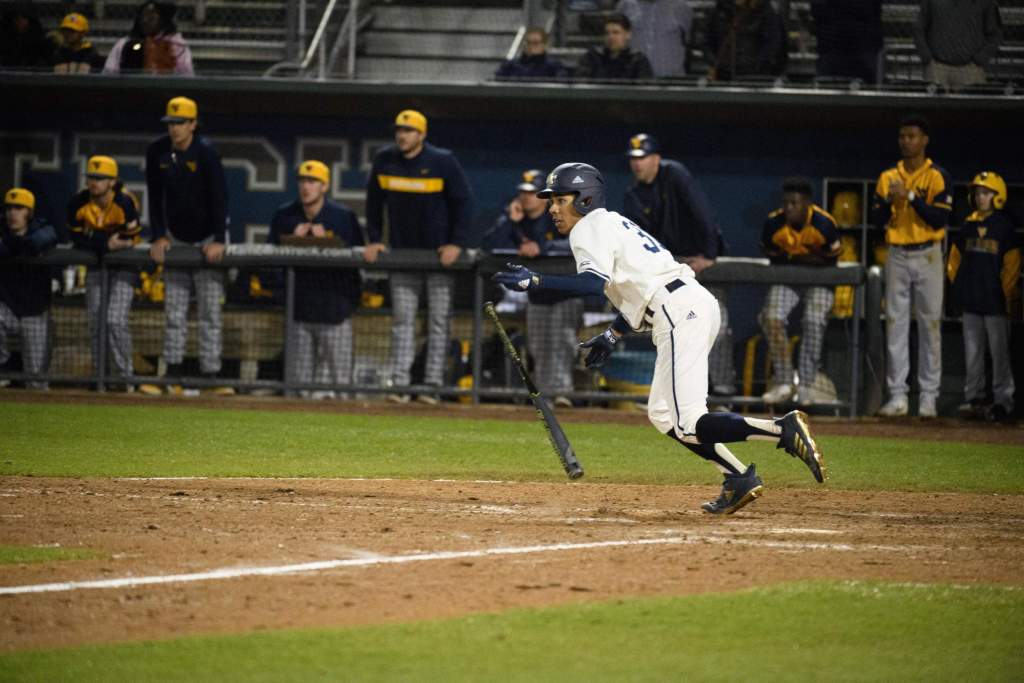 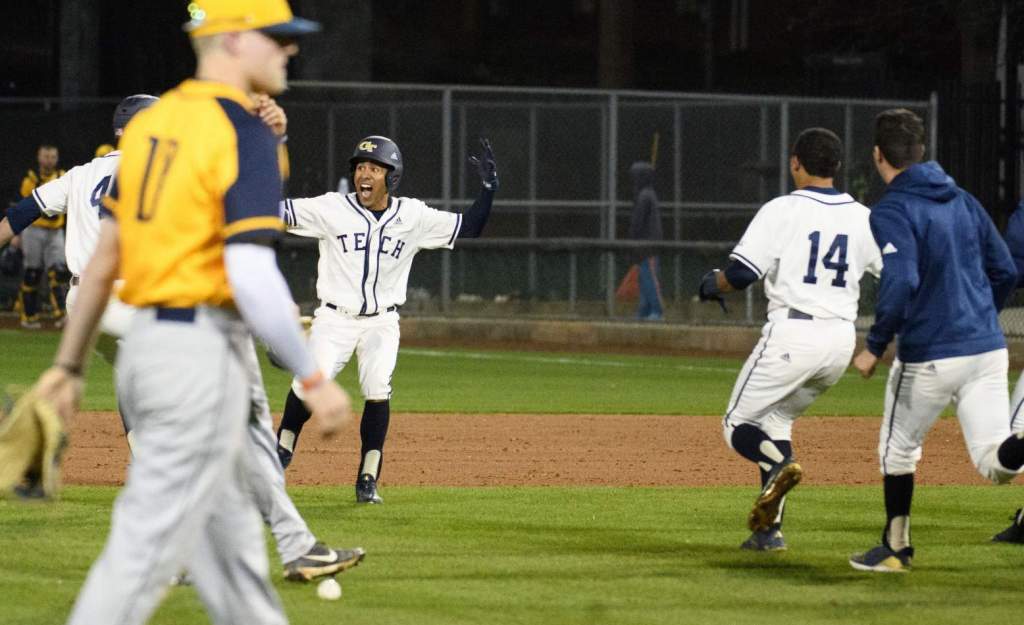 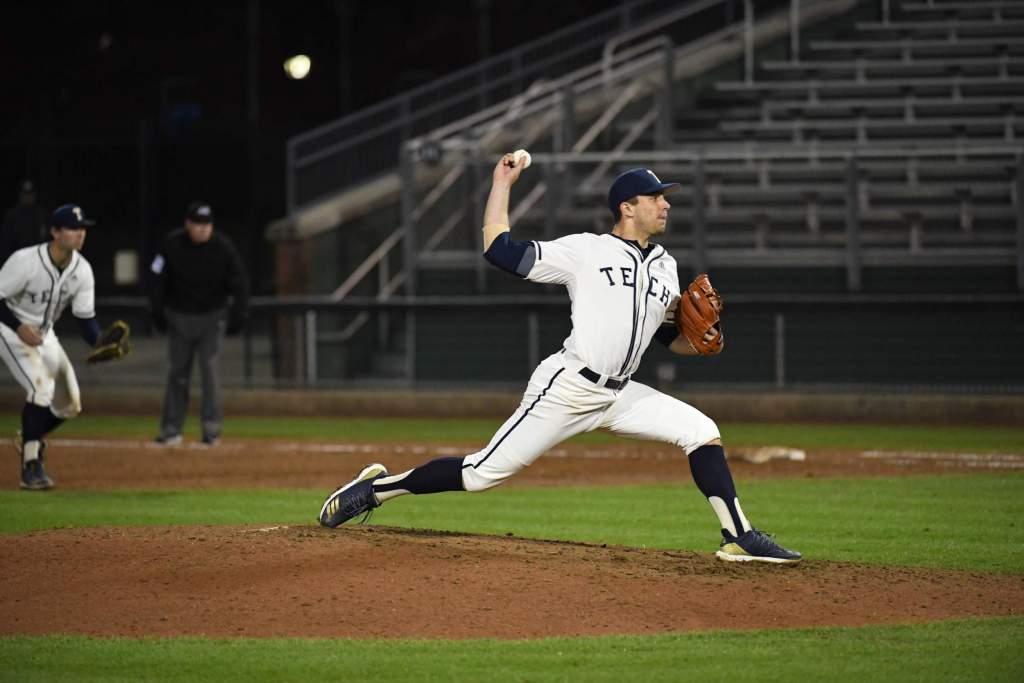 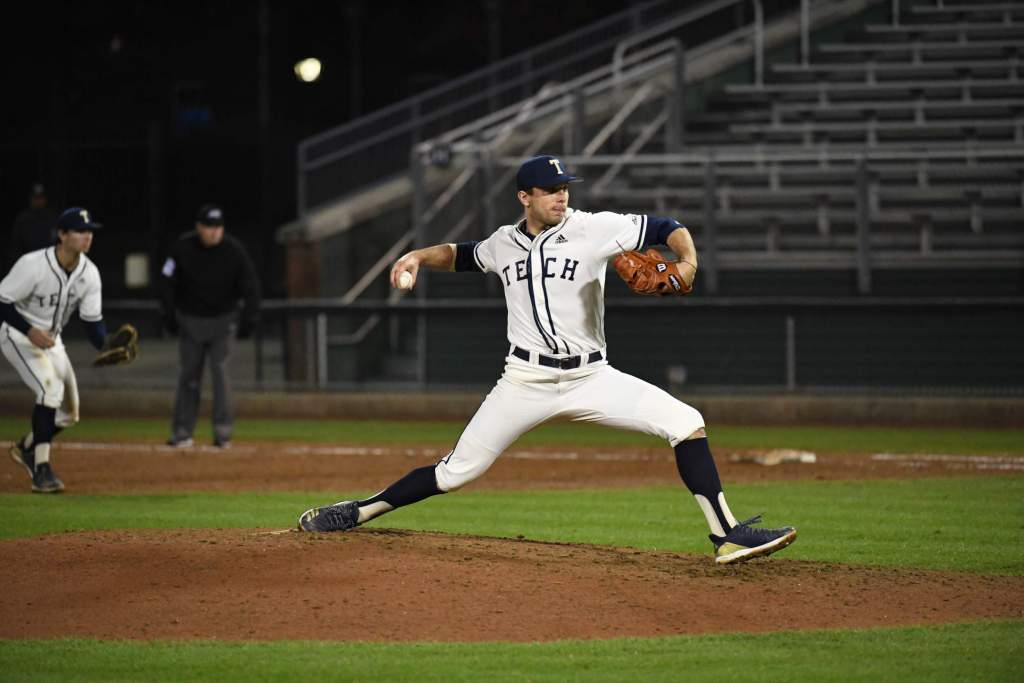 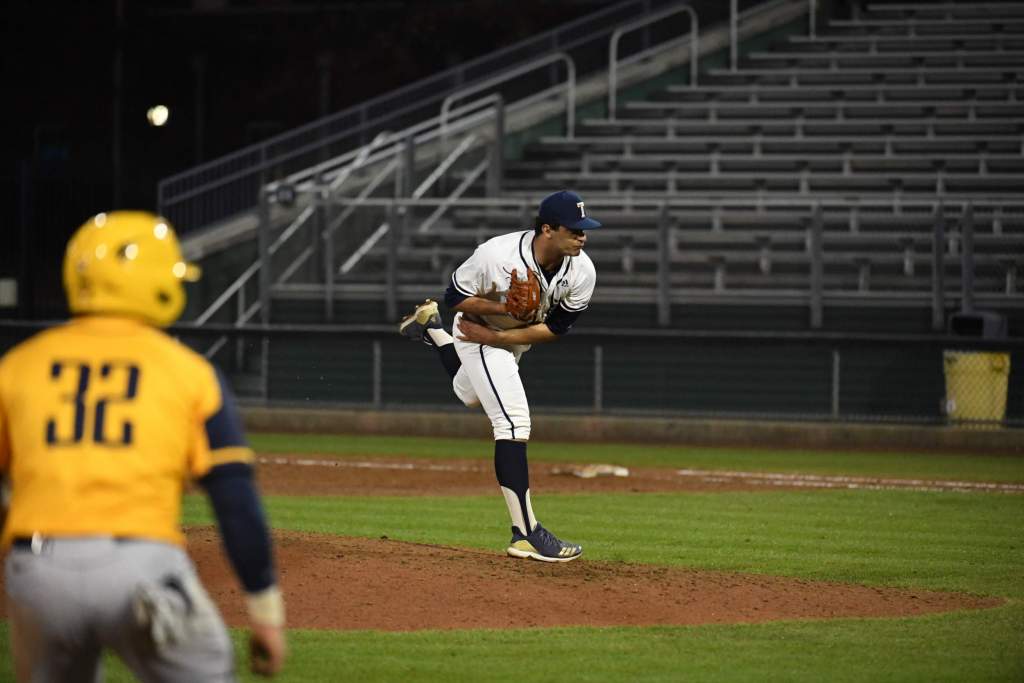 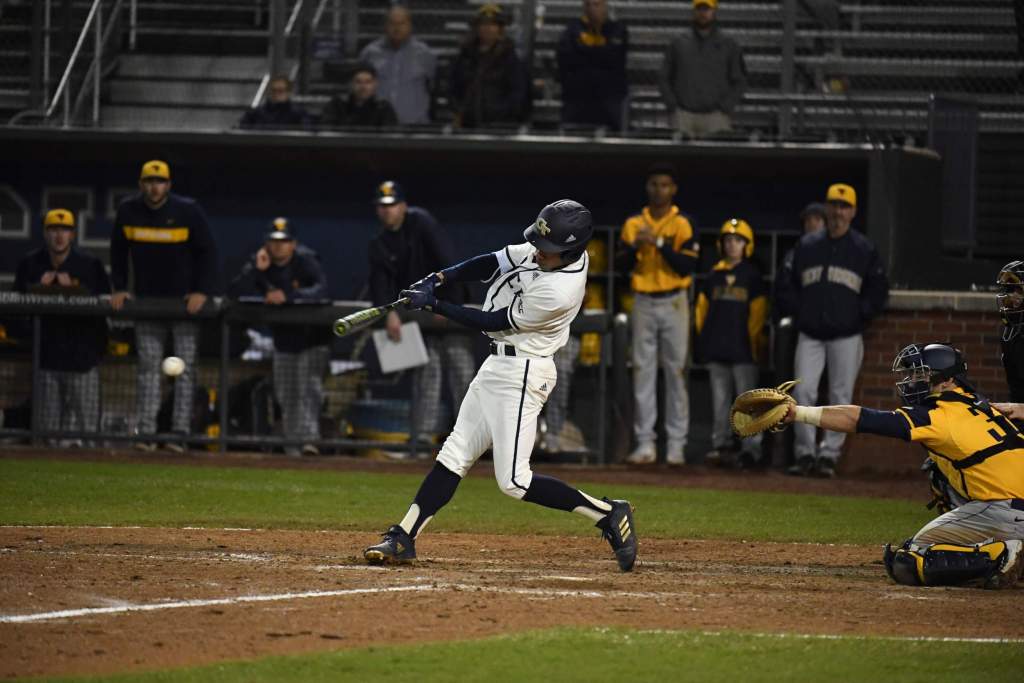 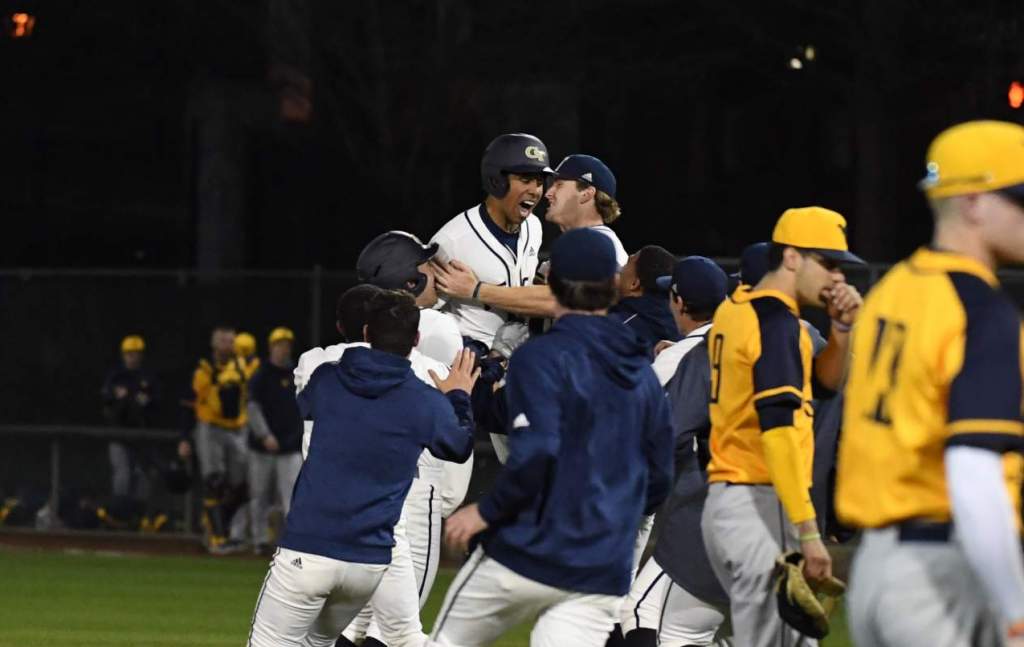 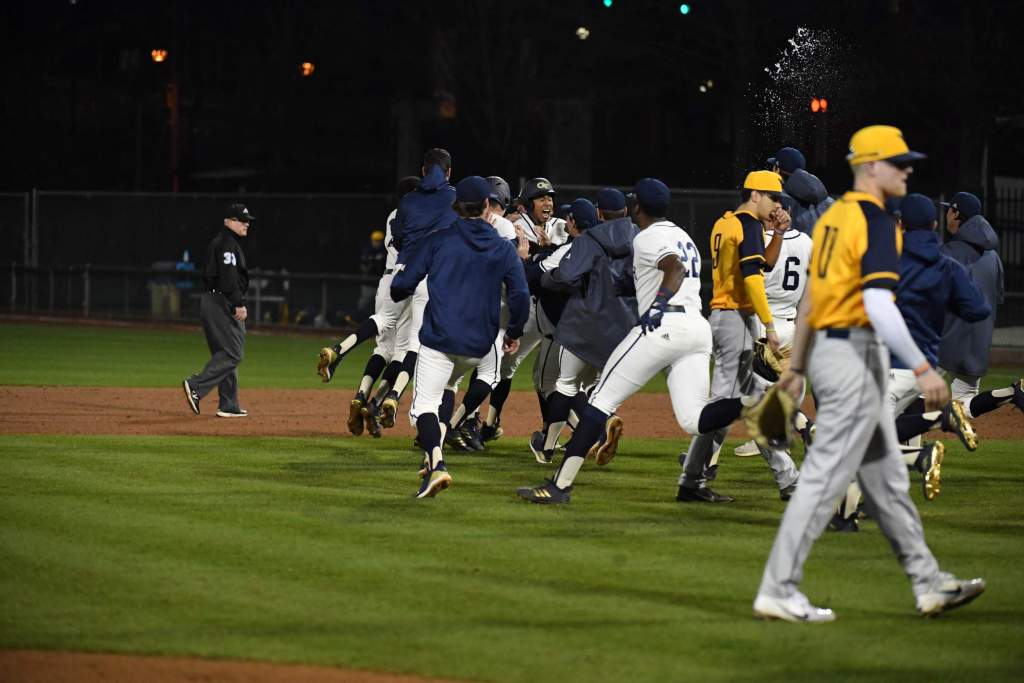 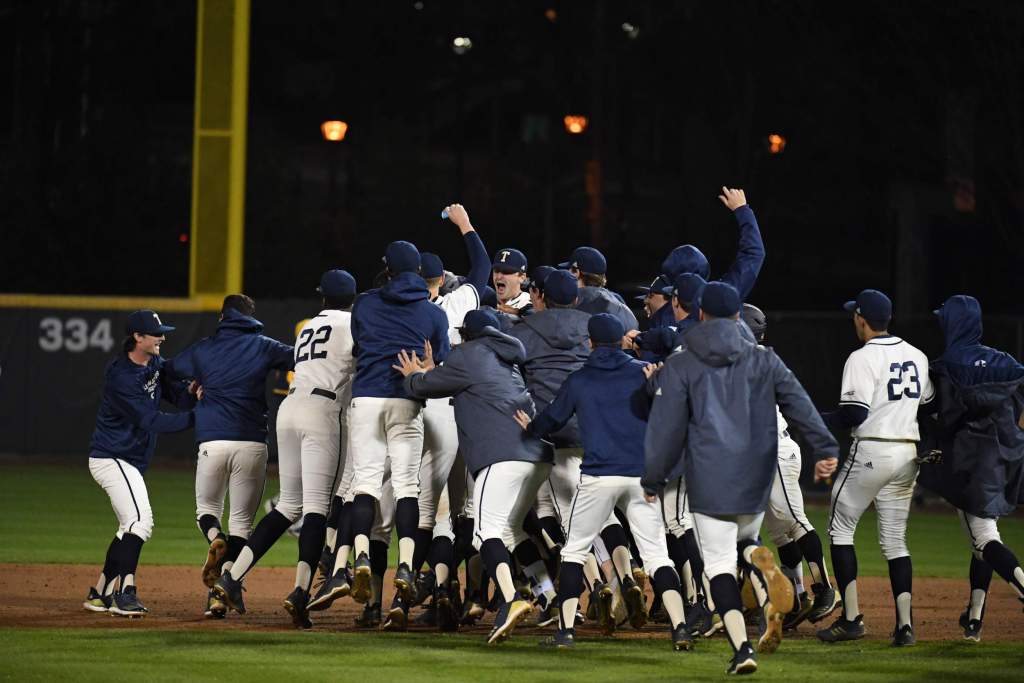 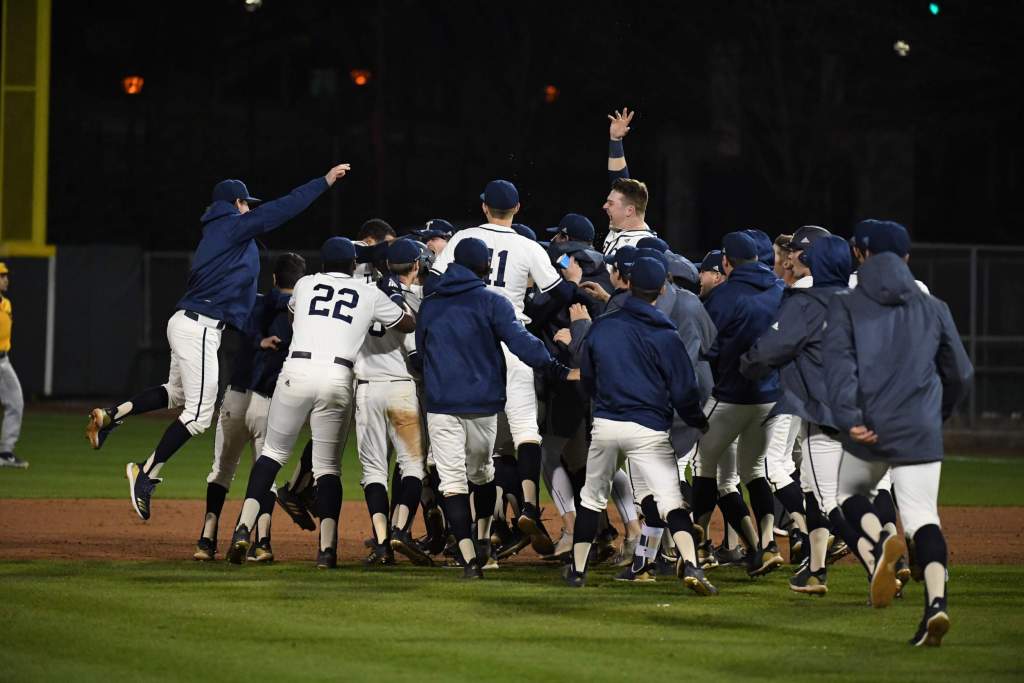 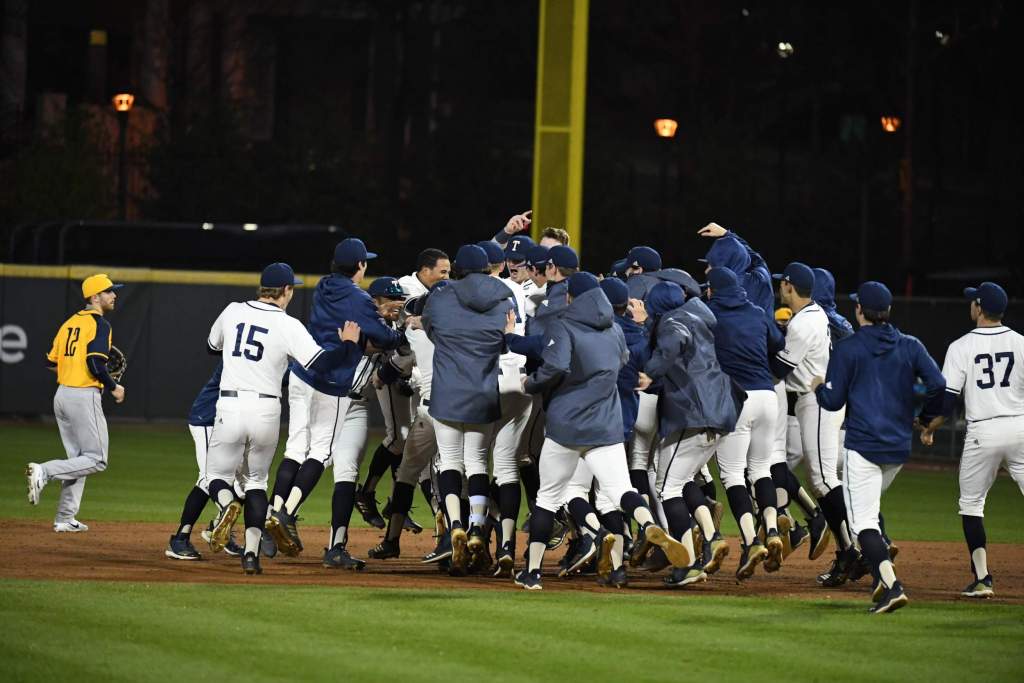 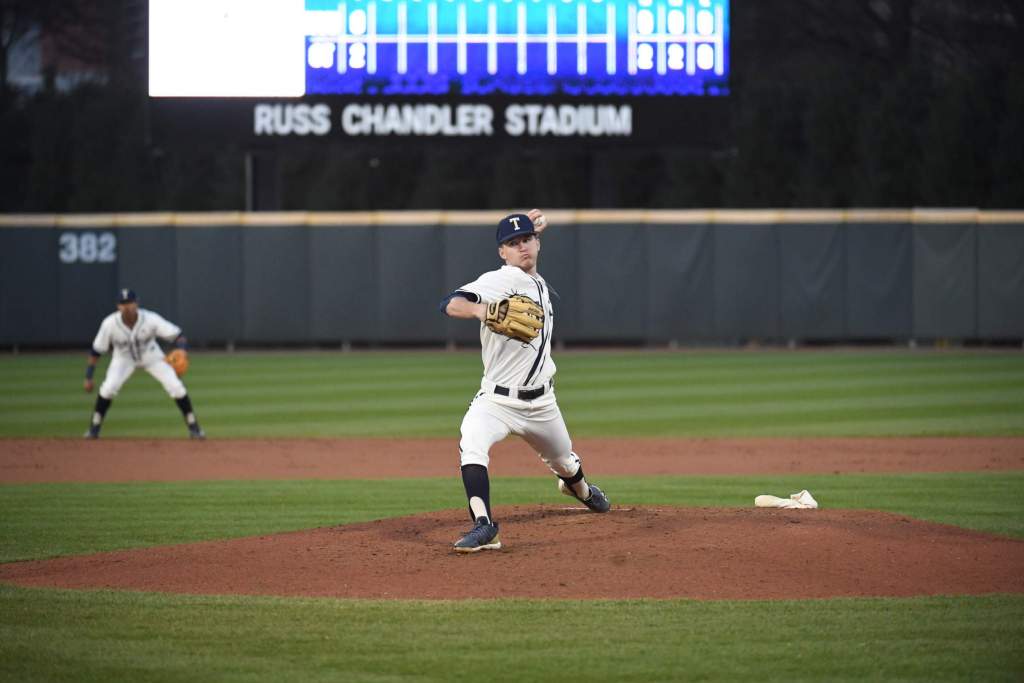 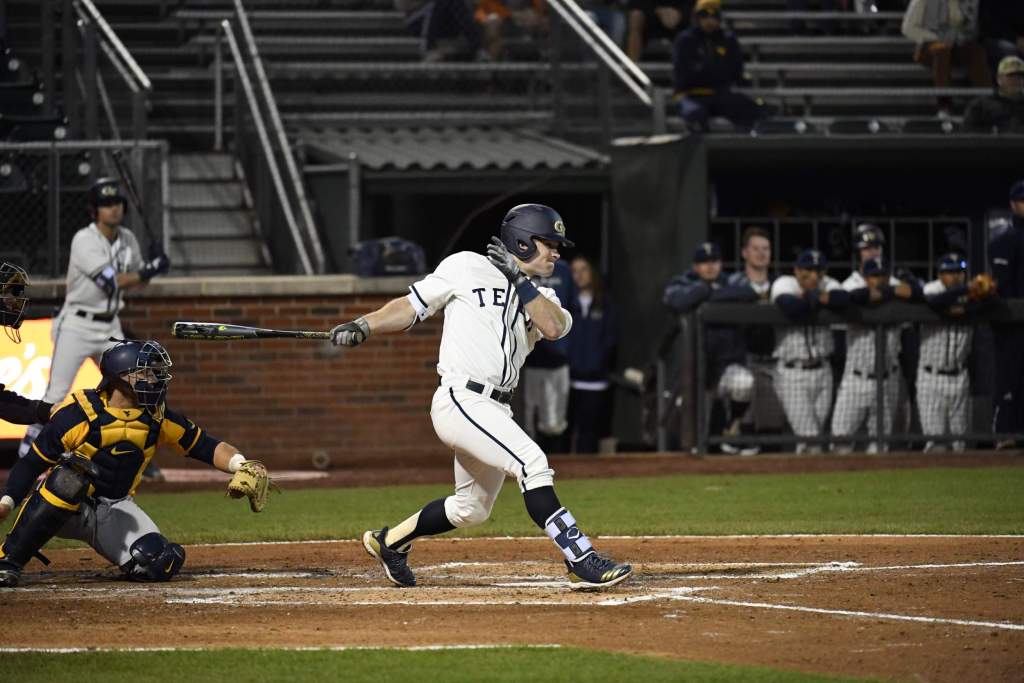 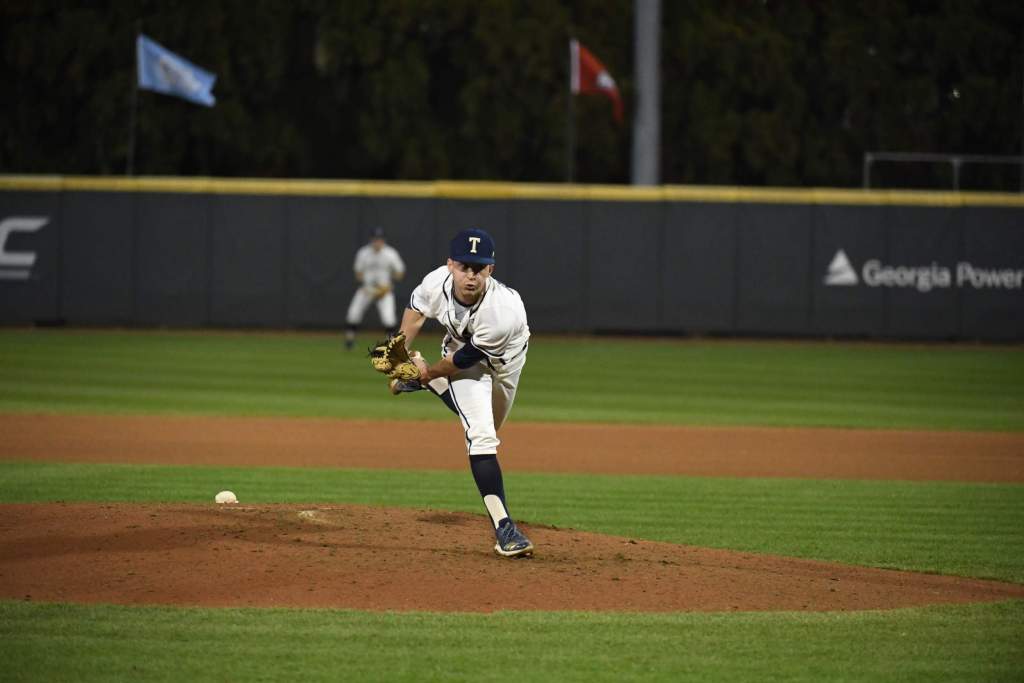 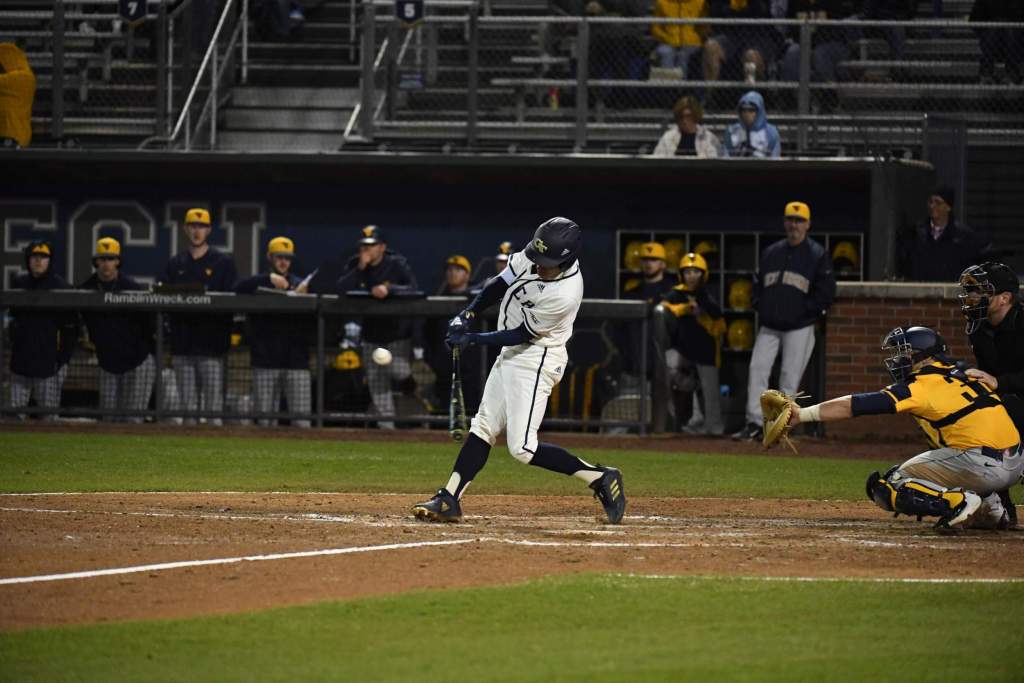 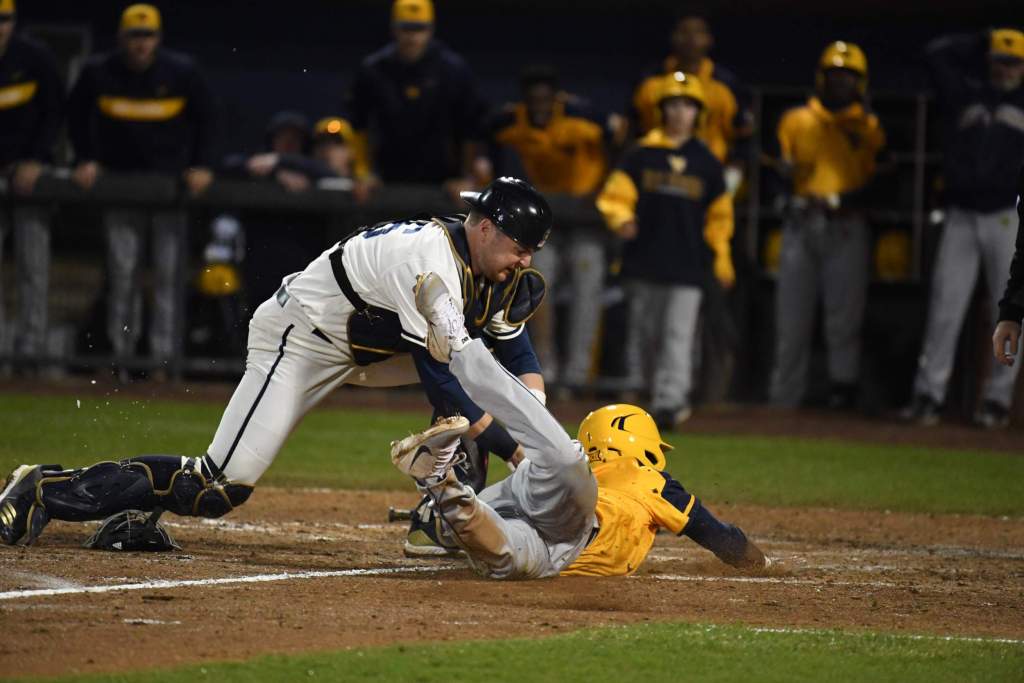 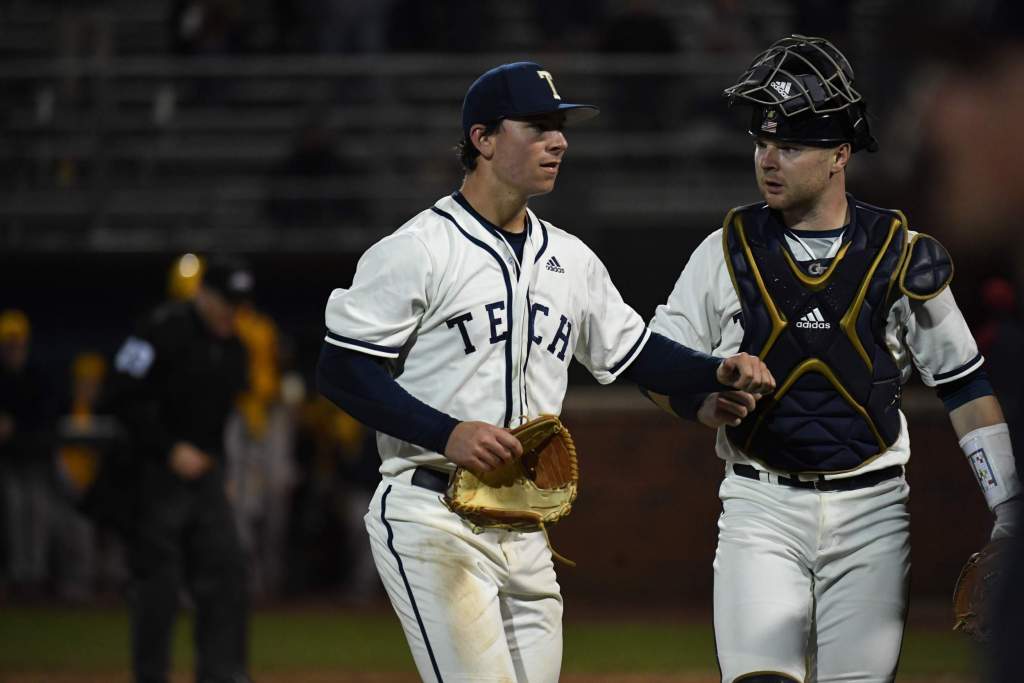 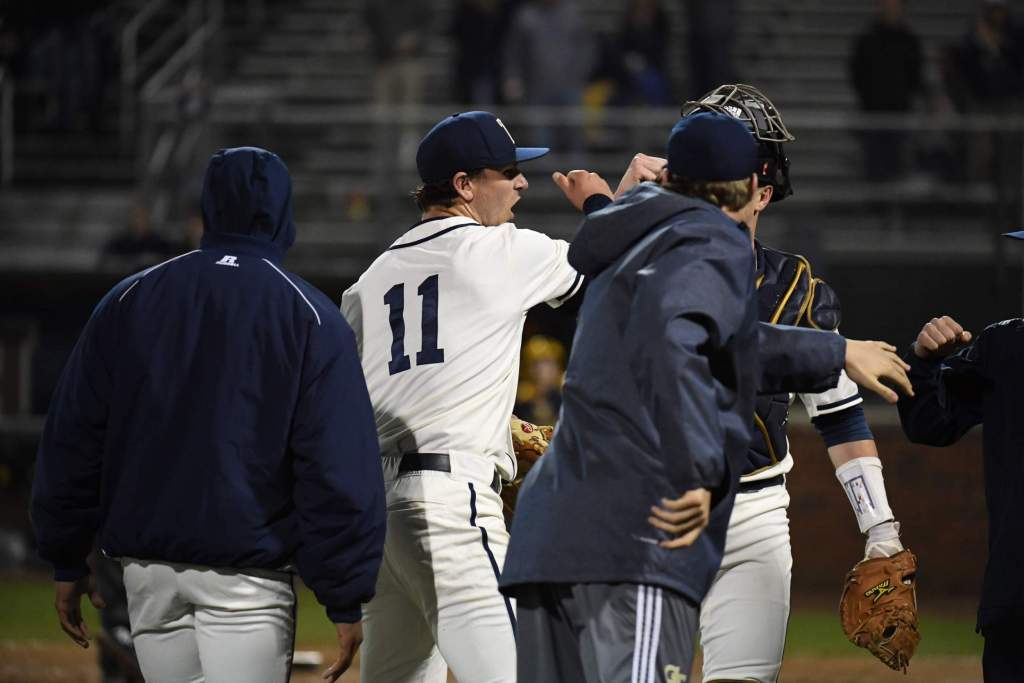 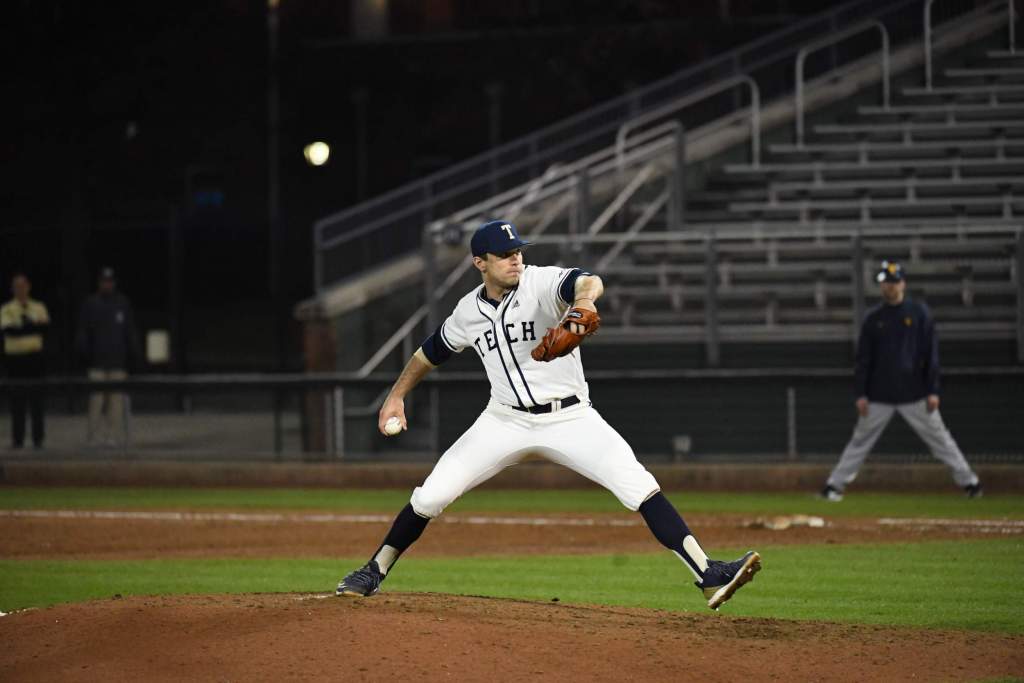 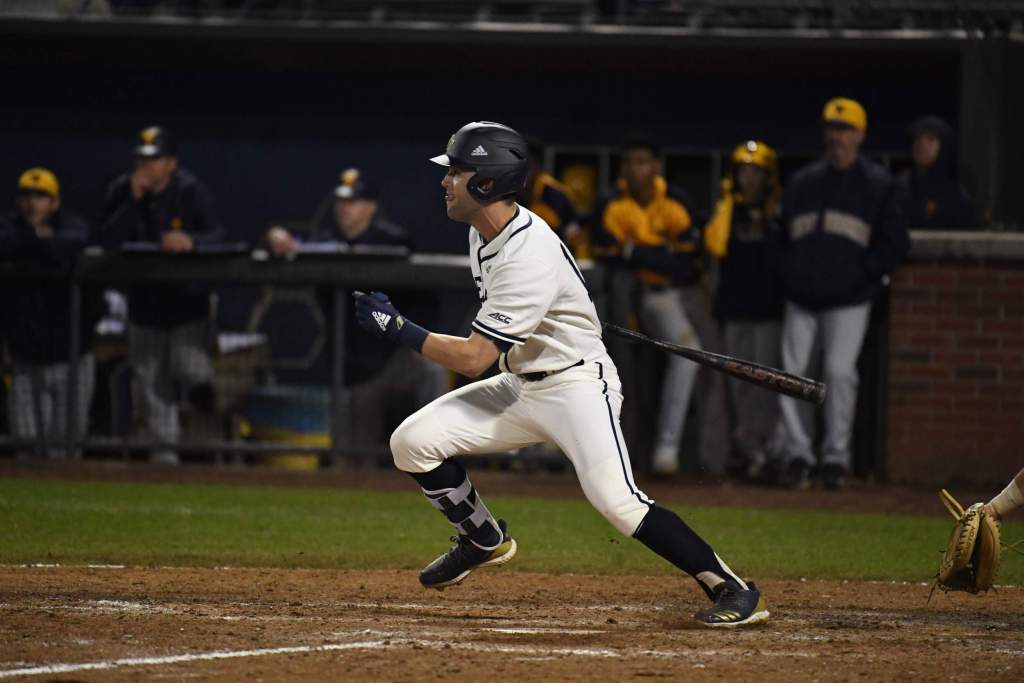 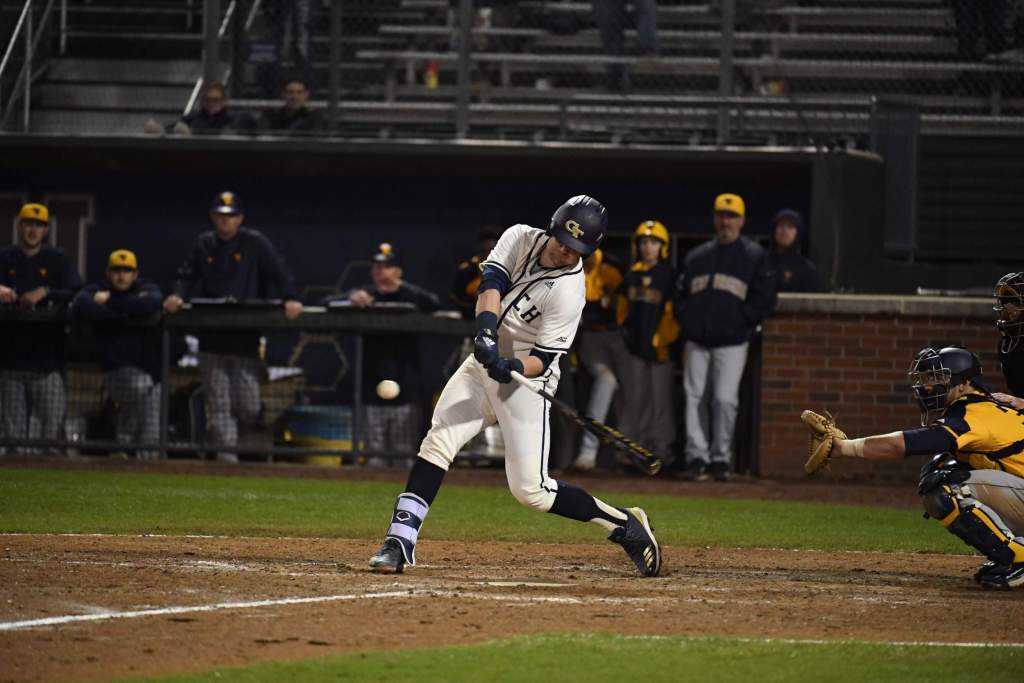 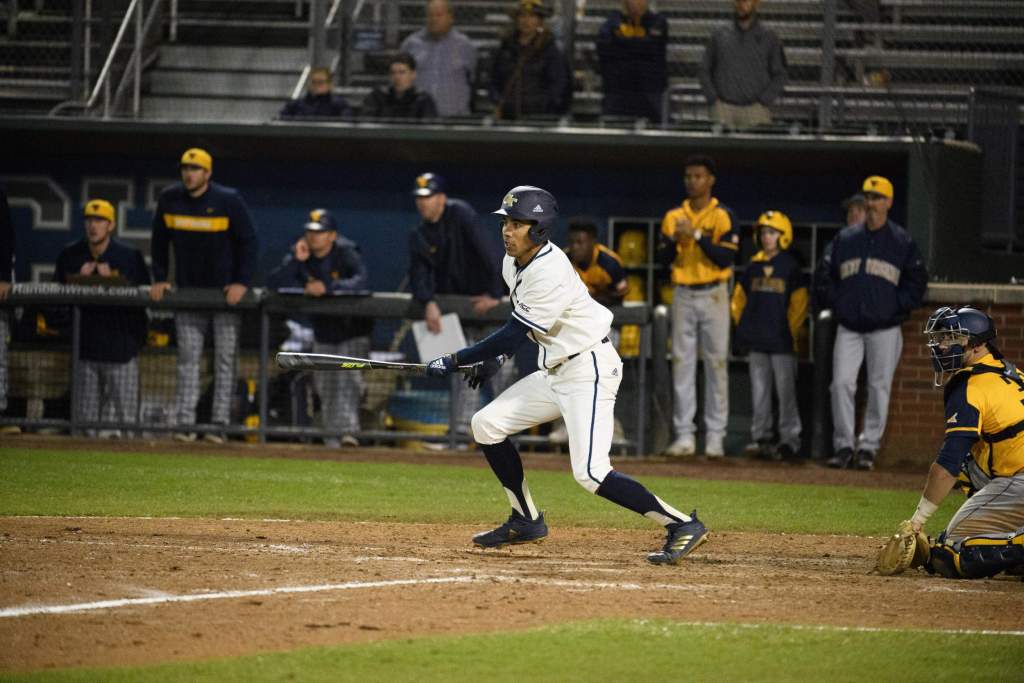