THE FLATS – In the 13th edition of the Big Ten/ACC Challenge Thursday night in McCamish Pavilion, Georgia Tech cruised to a 60-41 victory over Wisconsin led by Lorela Cubaj, Nerea Hermosa and Francseca Pan. The Jackets, who improved to 6-1 on the season, led by as many as 20 points in the contest. 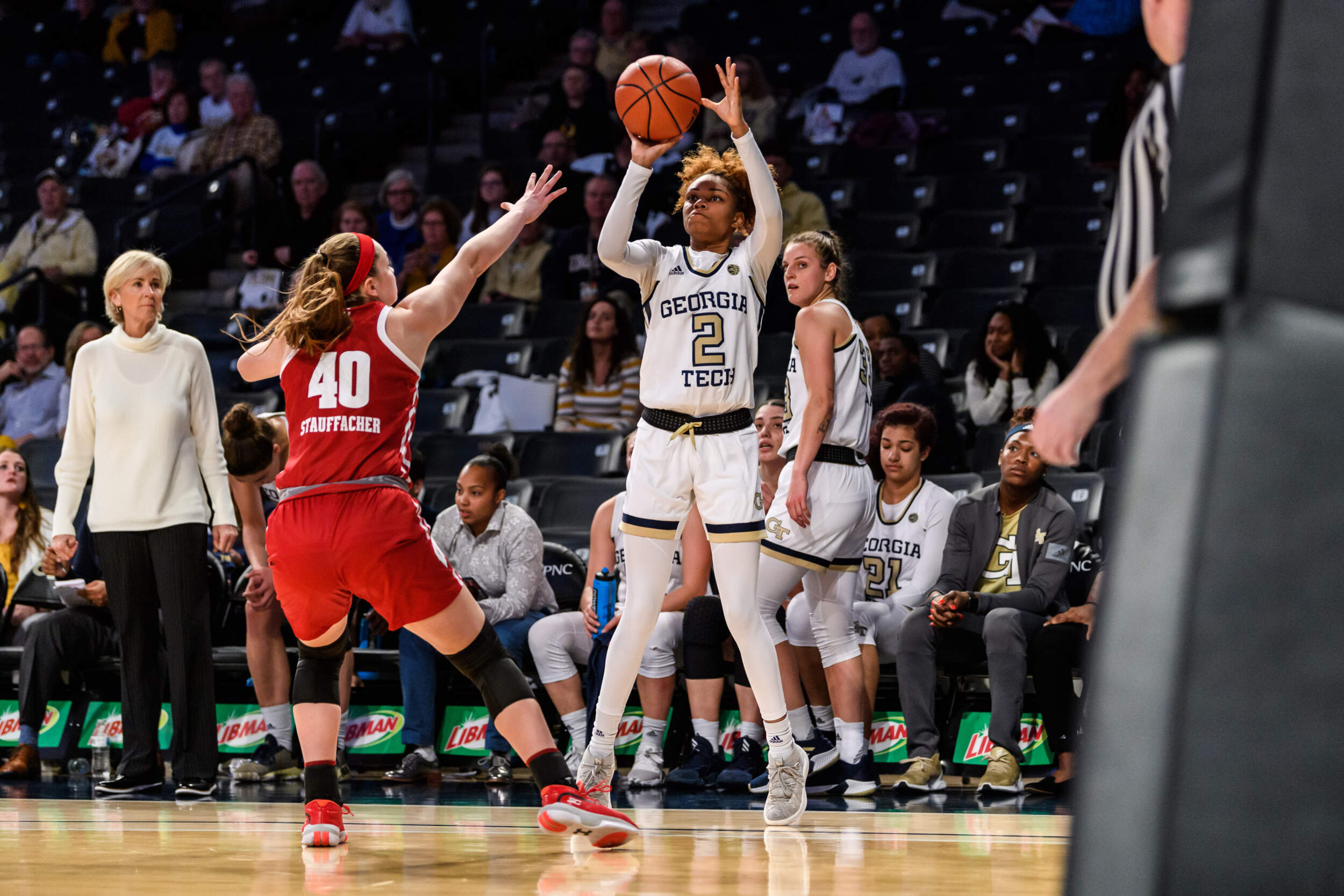 How It Happened
Using a 15-3 run in the first quarter, the Yellow Jackets opened a double-digit lead over the Badgers and led 15-6 at the quarter break. But with Tech leading 18-8 with 8:02 on the clock in the second, Wisconsin closed the distance with a 7-0 spurt from the free throw line to setup an 18-15 tally with 5:21 on the clock. The Jackets maintained a seven-point advantage at halftime, 27-20, with Jasmine Carson converting the layup at the buzzer. The Badgers shot just 27.3 percent (6-22) from the floor in the first half, scoring more free throws than field goals, going 7-for-11 at the charity stripe.

The Jackets shot 46.7 percent (14-30) from the field in the second half and outscored the Badgers, 33-21, to pocket the victory. Tech quickly took control of the game in the third quarter, utilizing a 10-0 run capped by a Kierra Fletcher bucket to open a 37-22 edge and force Wisconsin to call a timeout. Georgia Tech continued to build its lead and a free throw from Pan at 5:32 in the fourth handed the Jackets a comfortable 49-30 edge, but the Badgers closed the gap to within 11 points following a 7-0 spurt capped by a triple from Suzanne Gilreath. Carson hit Tech’s only three-pointer of the game with less than a minute to play as Tech closed the game on a 11-3 run to account for the final 60-41 tally. 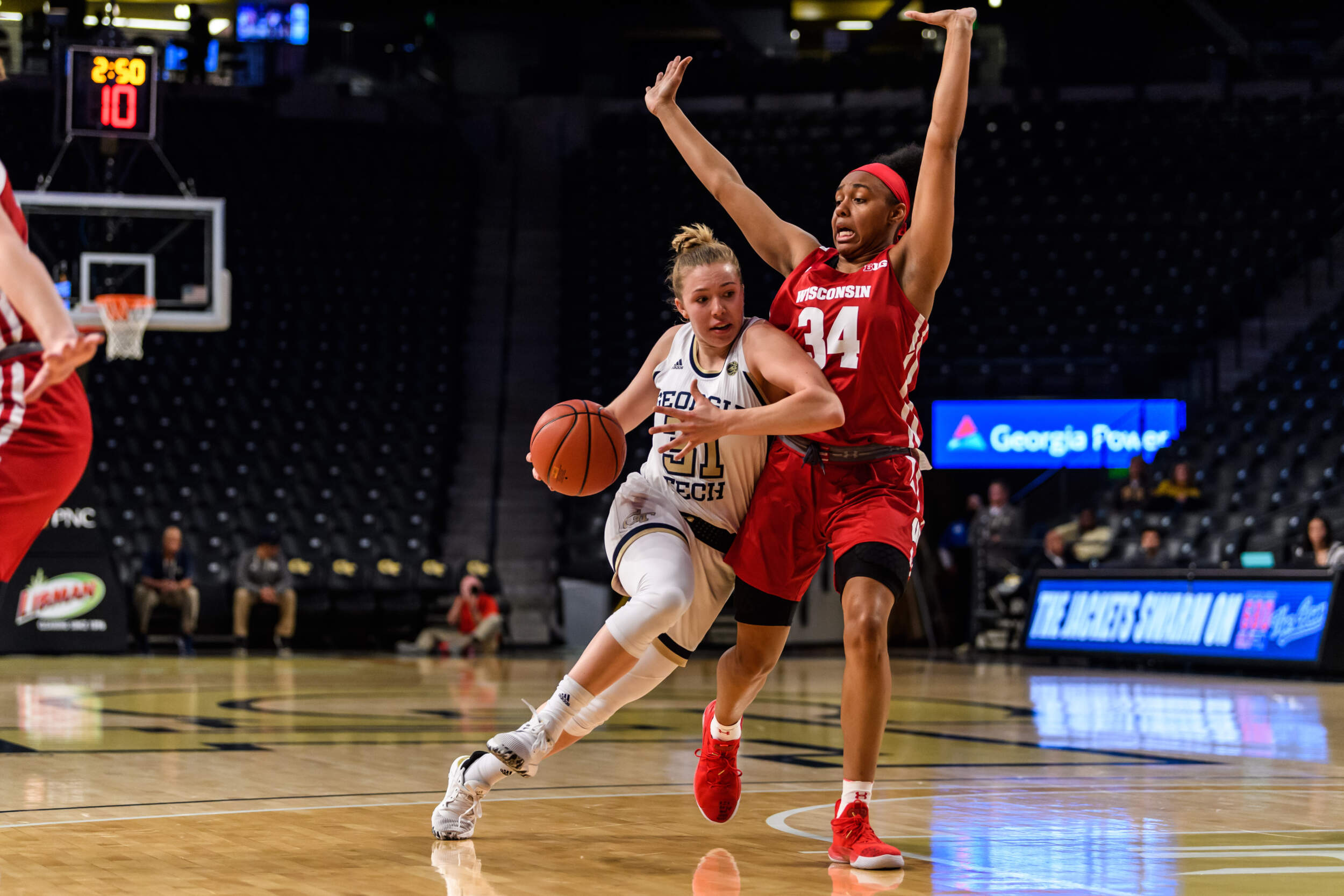 For the game, Tech was led offensively by Hermosa and Pan with 14 and 13 points, respectively. Cubaj nearly recorded a double-double with a game-high 11 rebounds and nine points. The Jackets outscored the Badgers in the paint, 40-22, and converted 16 Wisconsin turnovers into 19 points. Fletcher finished the game with eight points, five rebounds, five assists, a steal and a block, while Carson totaled nine points in the outing. The Jackets shot 41.9 percent (26-62) from the field to Wisconsin’s 33.3 percent (15-45) effort and dominated on the glass, 44-26.

“I’m really pleased with the win and taking care of our end of the bargain with this Big Ten/ACC Challenge,” commented head coach Nell Fortner. “I’m really proud of this team to come out and play a tough Wisconsin team. We really had to bear down in the second half because Wisconsin did not go away. They continued to battle challenge us defensively. I was proud of our kids for taking the challenge and coming away with a win.” 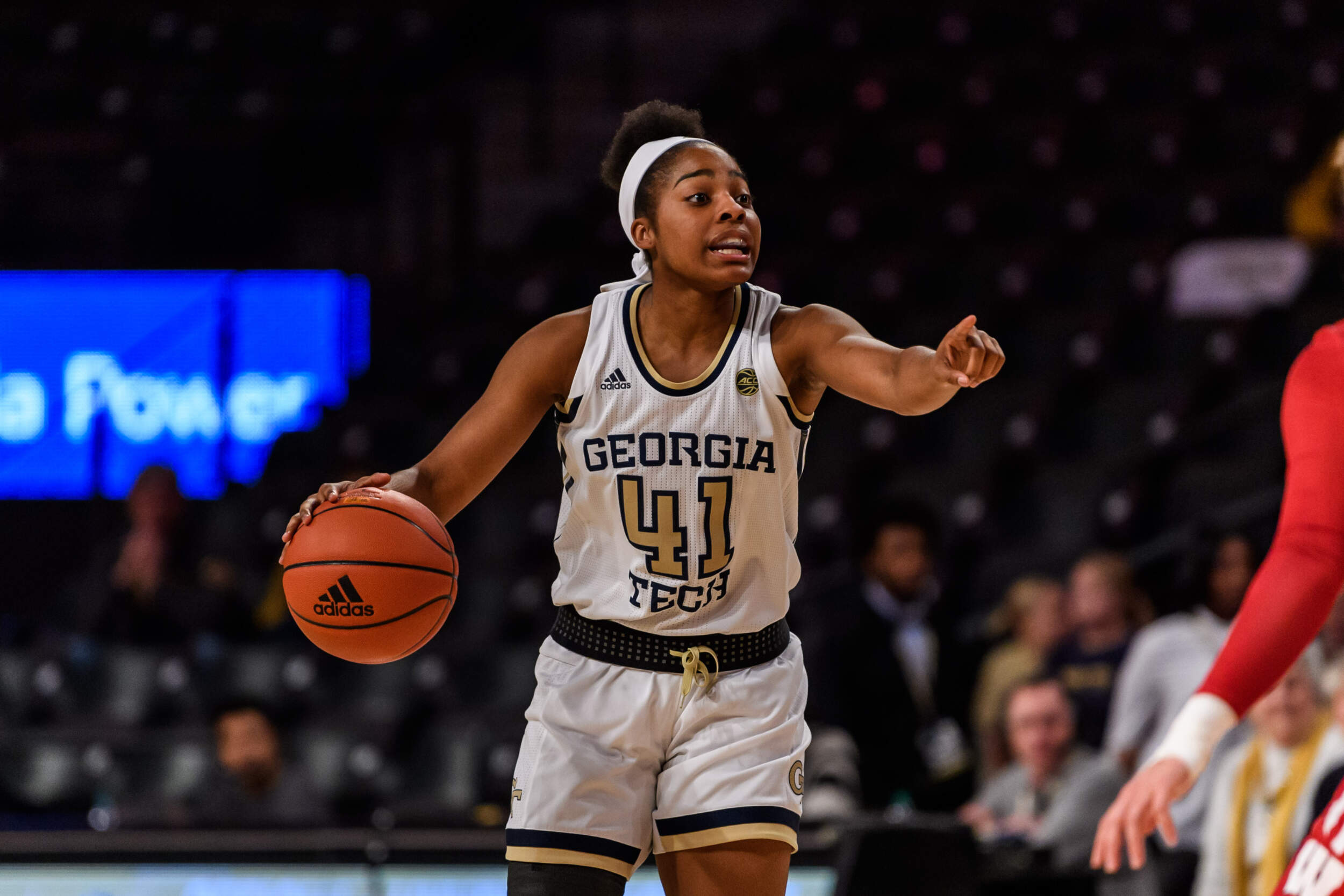 Next Up
Tech returns to the hardwood with a Sunday matinee at Kennesaw State. Tip is slated for 2 p.m. on ESPN+.