The Yellow Jackets (7-4) locked up the series with a 9-2 win in the first game before the Wildcats (4-6) won out in a tough-luck pitching duel that went the other way.

Tech next plays in its second-straight home-and-home midweek series, starting at Kennesaw State on Tuesday, March 5 before hosting on March 6. The Jackets then head on the road to begin ACC play at Miami on March 8-10.

The Jackets’ combined for 10 or more hits for the fourth-straight game, led by four players with multi-hit days. Austin Wilhite led all with a 2-for-3, 3 RBI outing before Kyle McCann hit his third home run of the series and seventh of 2019. Oscar Serratos and Nick Wilhite both contributed quality AB’s, recording two hits apiece.

Second baseman Luke Waddell broke the game wide open in the seventh when a failed dive in the outfield gave him a three-RBI double – the most for his career.

Northwestern’s starter, lefty Ryan Bader moved to 0-2 on the season, allowing three runs in 3.1 innings. The Wildcats used three relief pitchers with Michael Doherty throwing the most effectively at 1.1 innings and one run allowed.

At the plate, NU had three doubles on the day and were led by second baseman Shawn Goosenberg (2-for-4).

Georgia Tech took a pitching duel well into the seventh, but would ultimately fall in the second doubleheader after a five-spot by Northwestern in the eighth.

Both offenses were held quiet until the seventh, when Luke Waddell launched a double down the left-field line to plate Oscar Serratos, Tech’s lone run. For the game, Tristin English went 2-for-3 with a triple, while Serratos also recorded two hits.

In relief, Tech’s Keyton Gibson received the loss, moving him to 1-1 on the season. The Wildcats’ Nick Paciorek provided 1.1 innings of no-hit relief, striking out three. 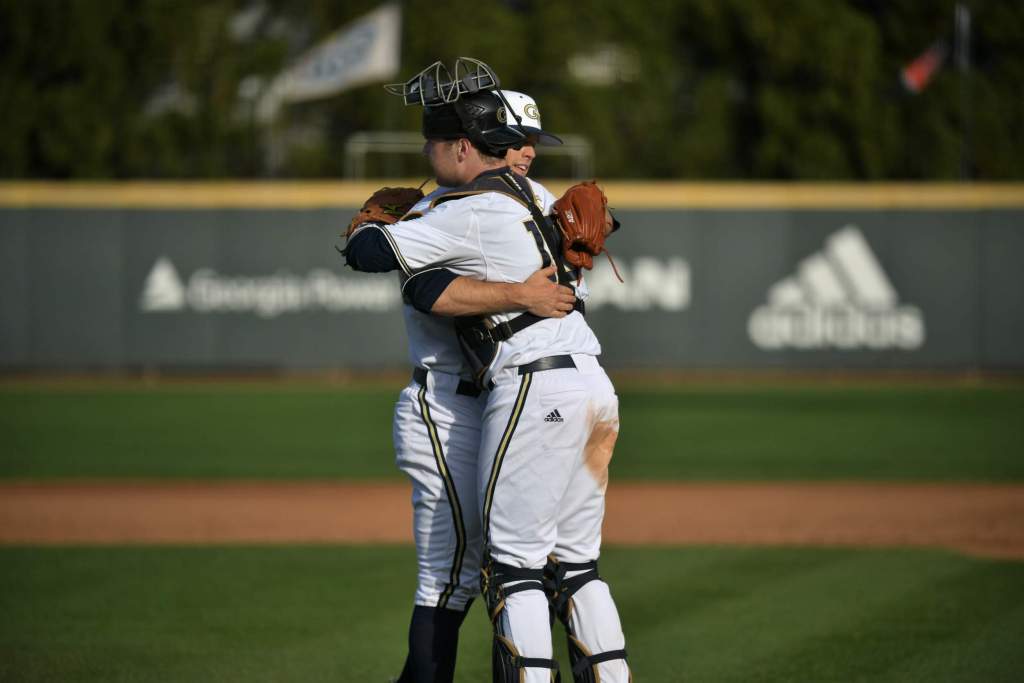 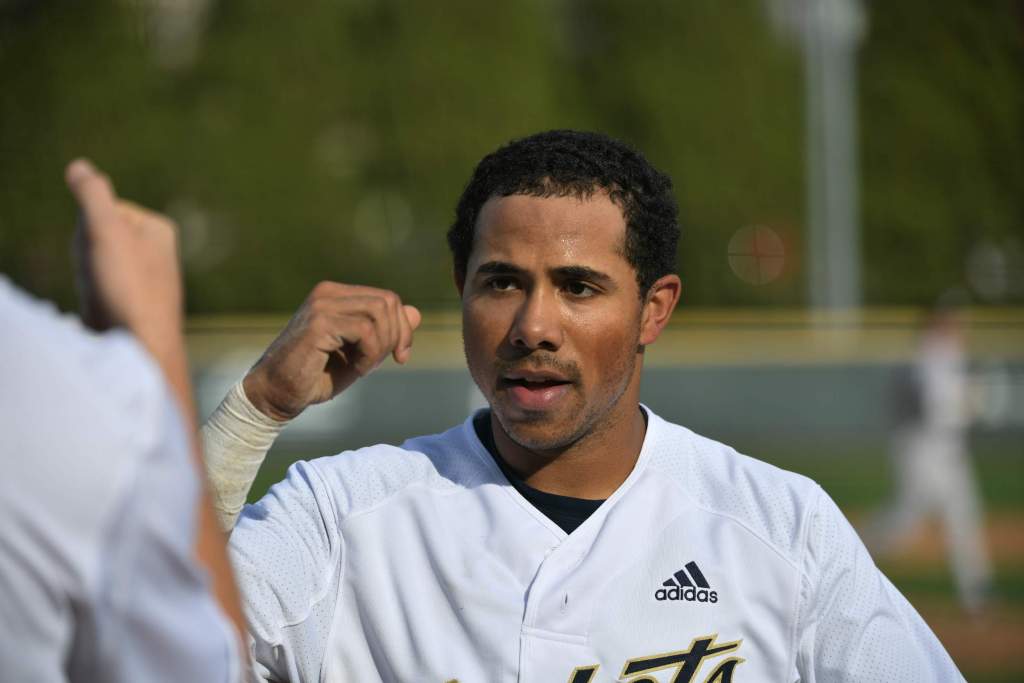 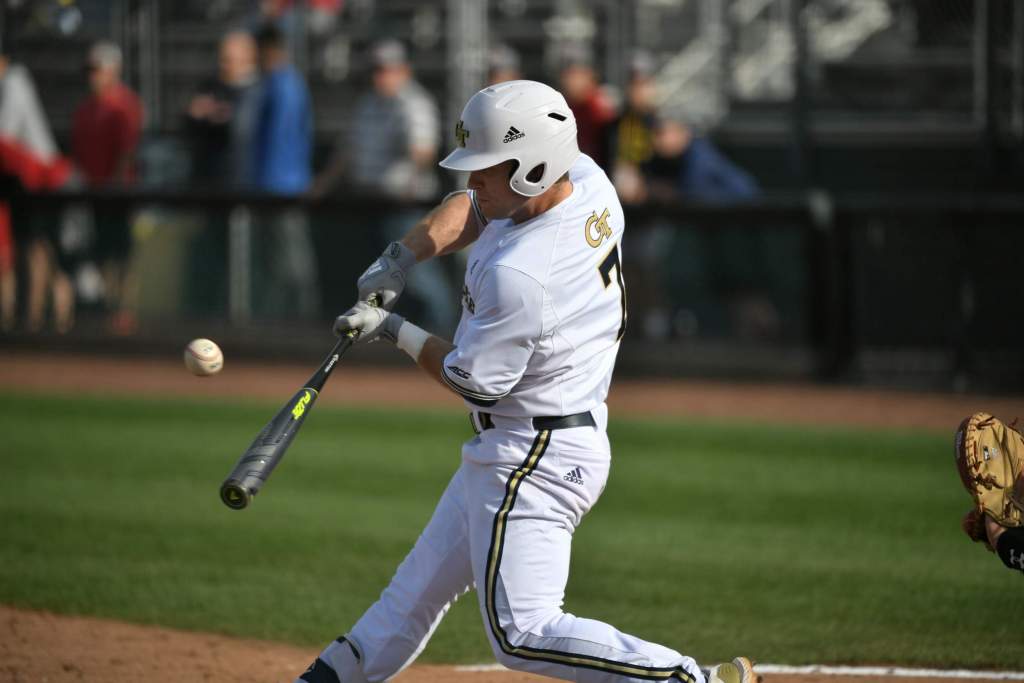 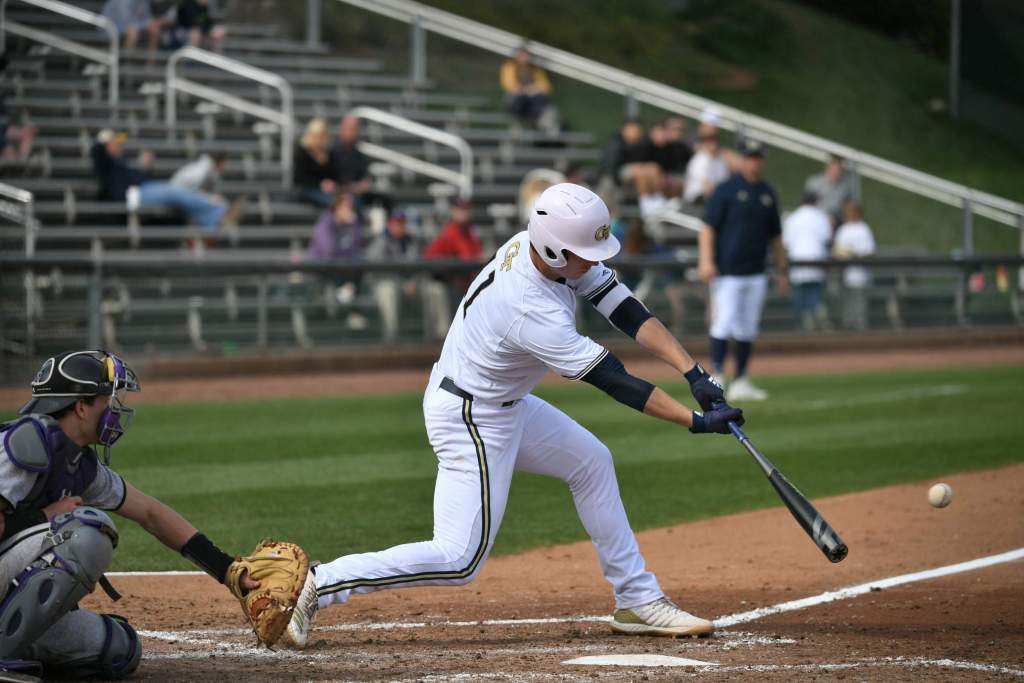 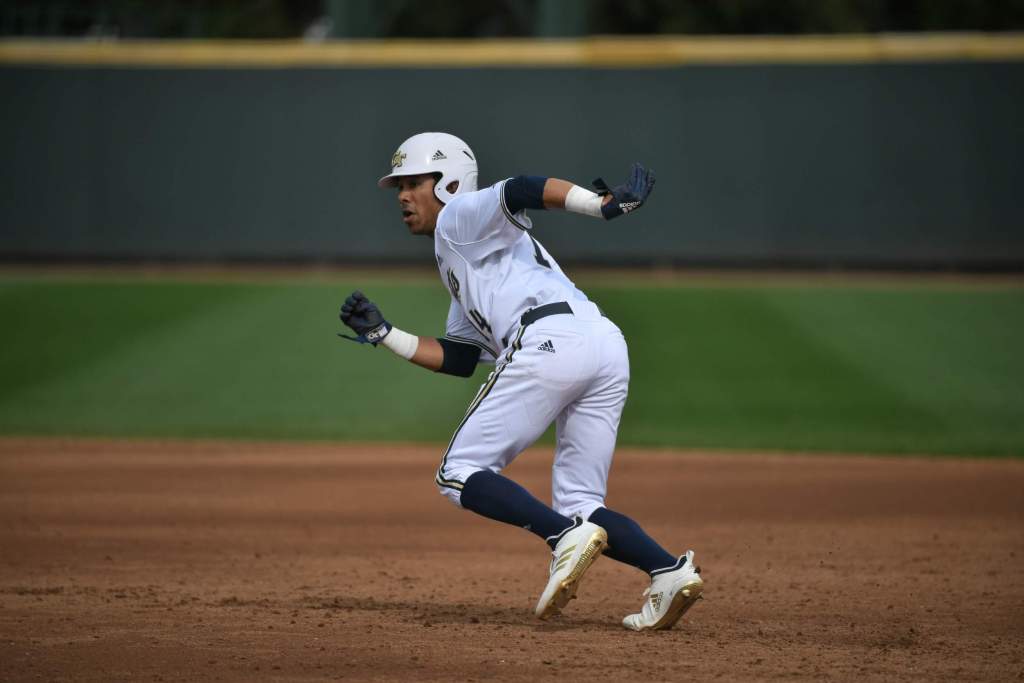 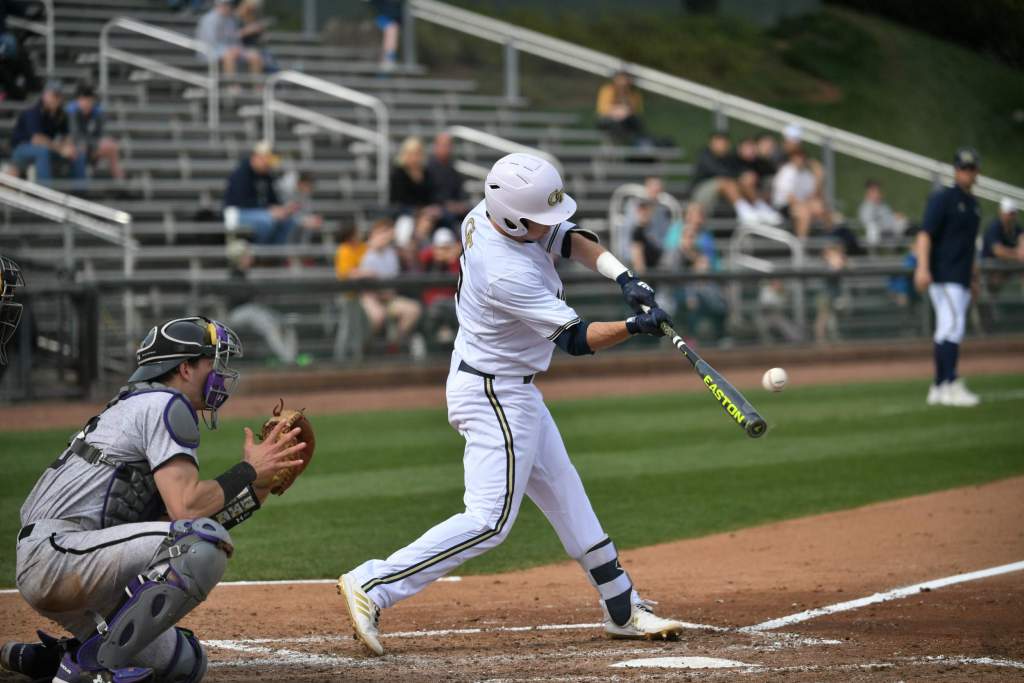 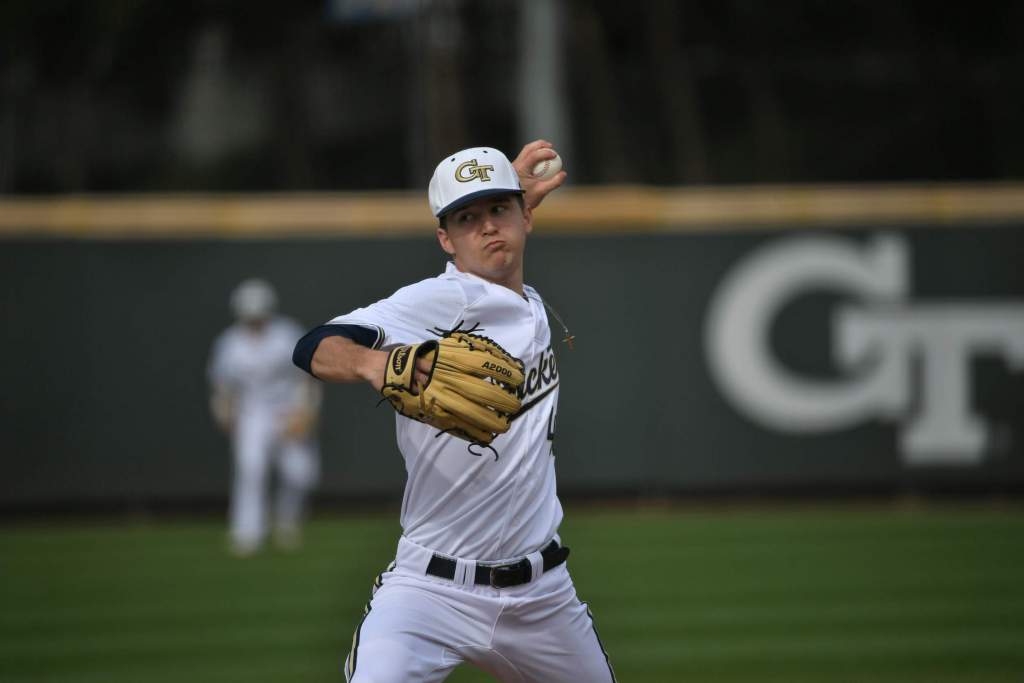 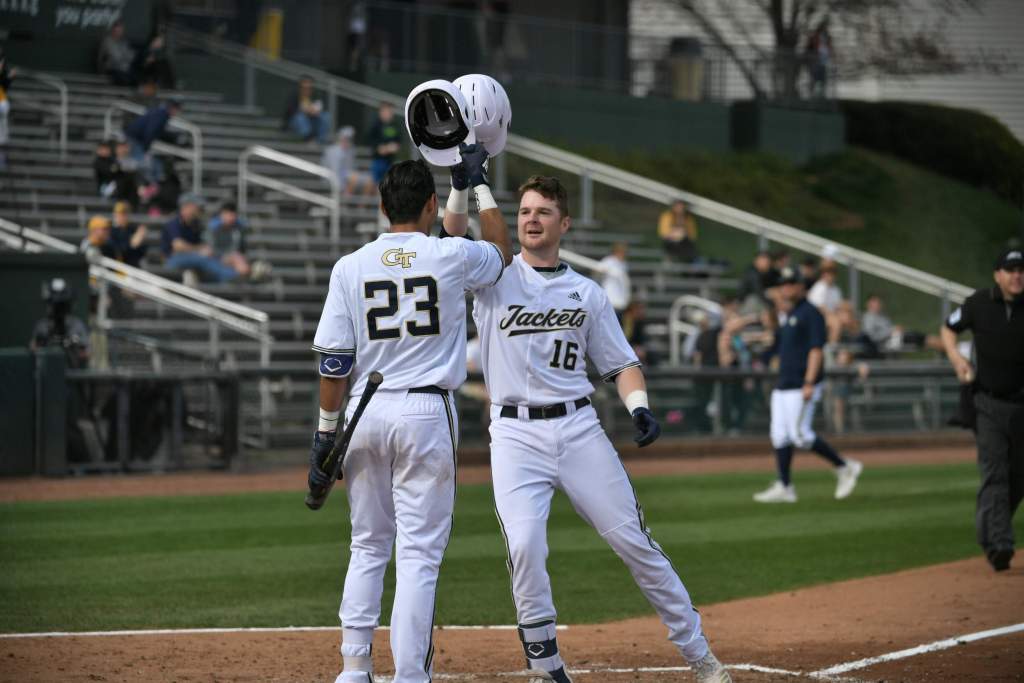 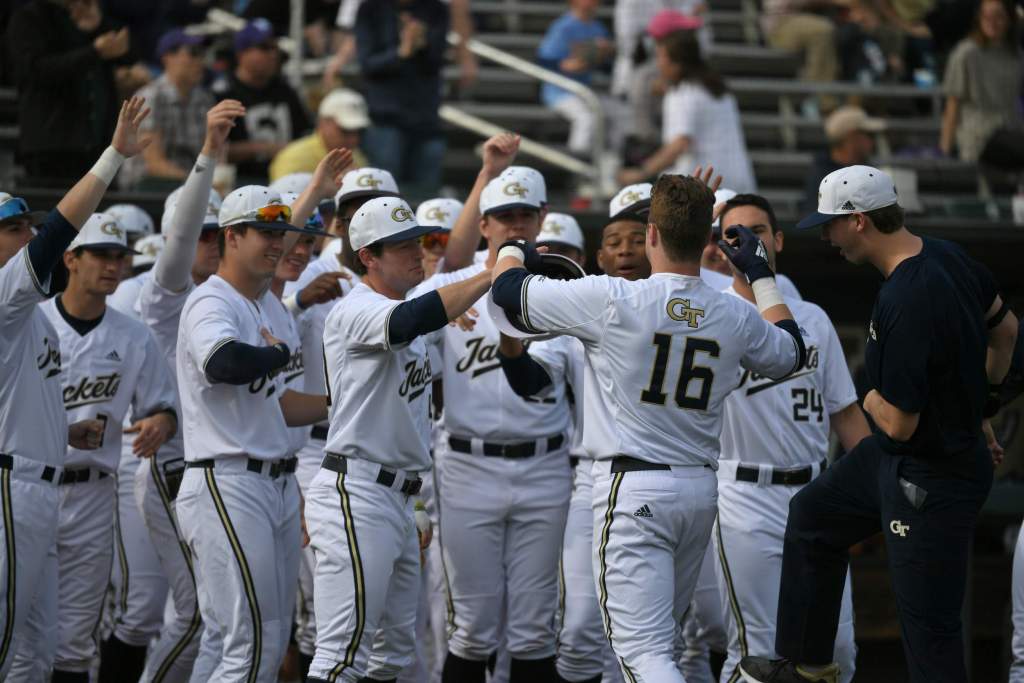 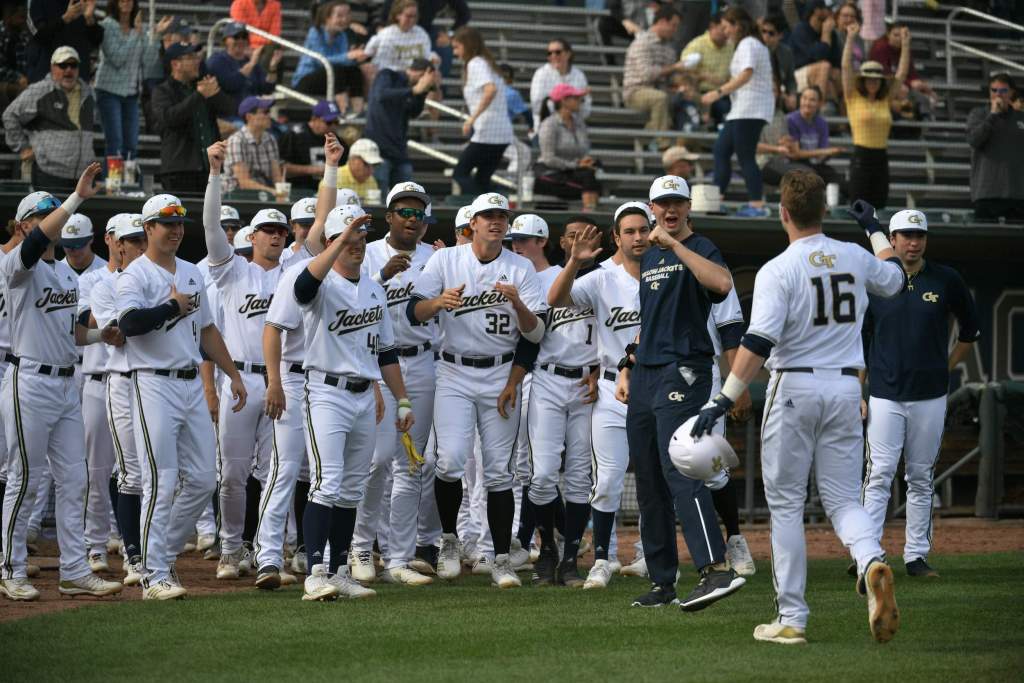 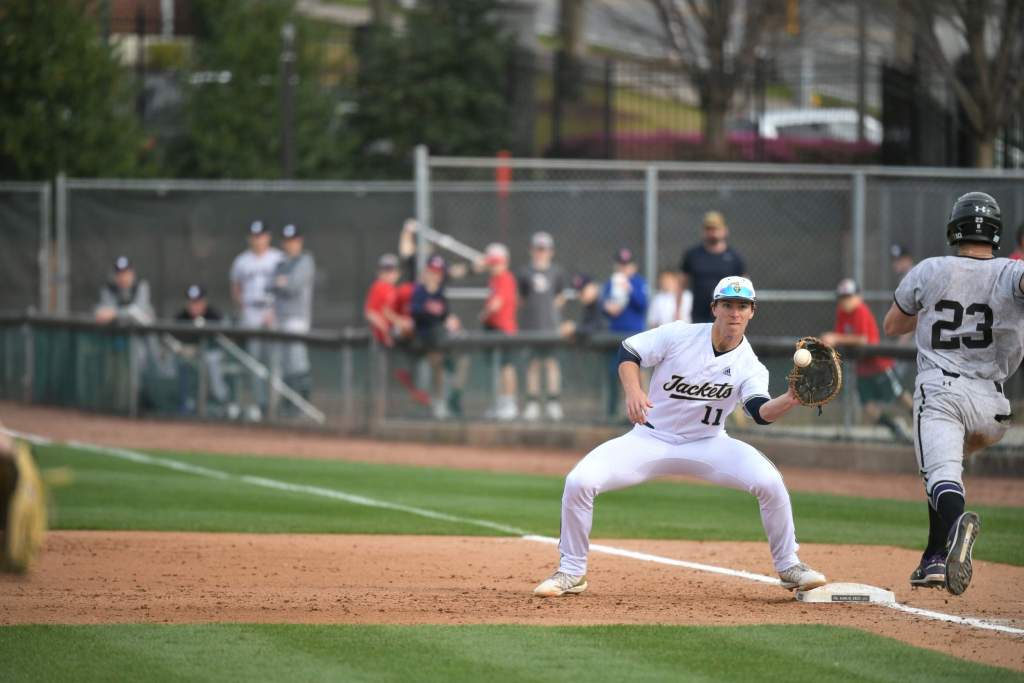 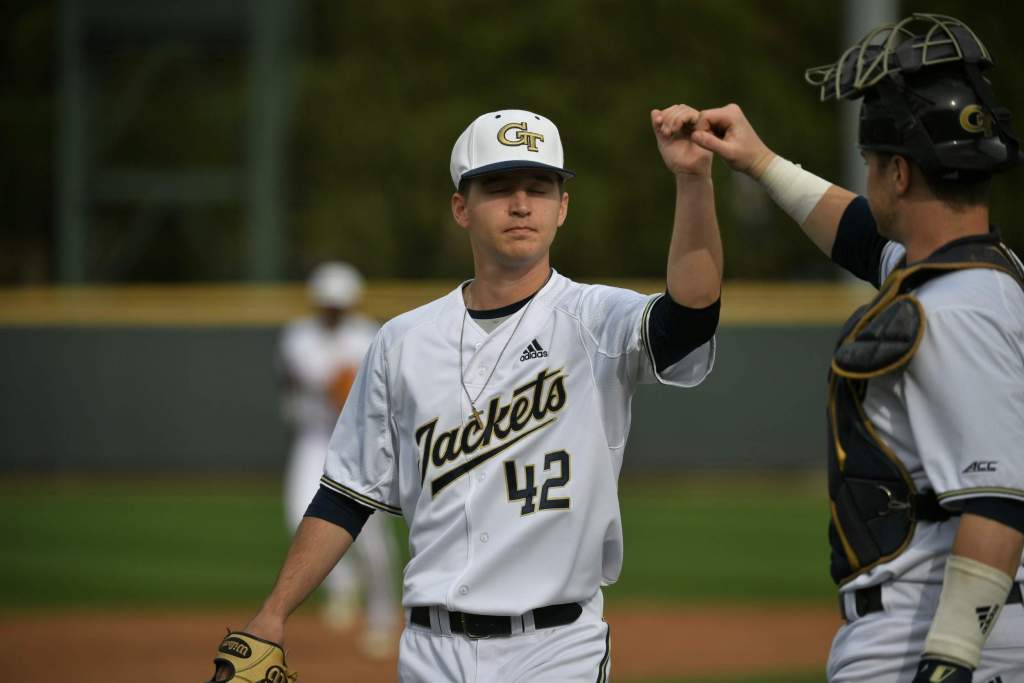 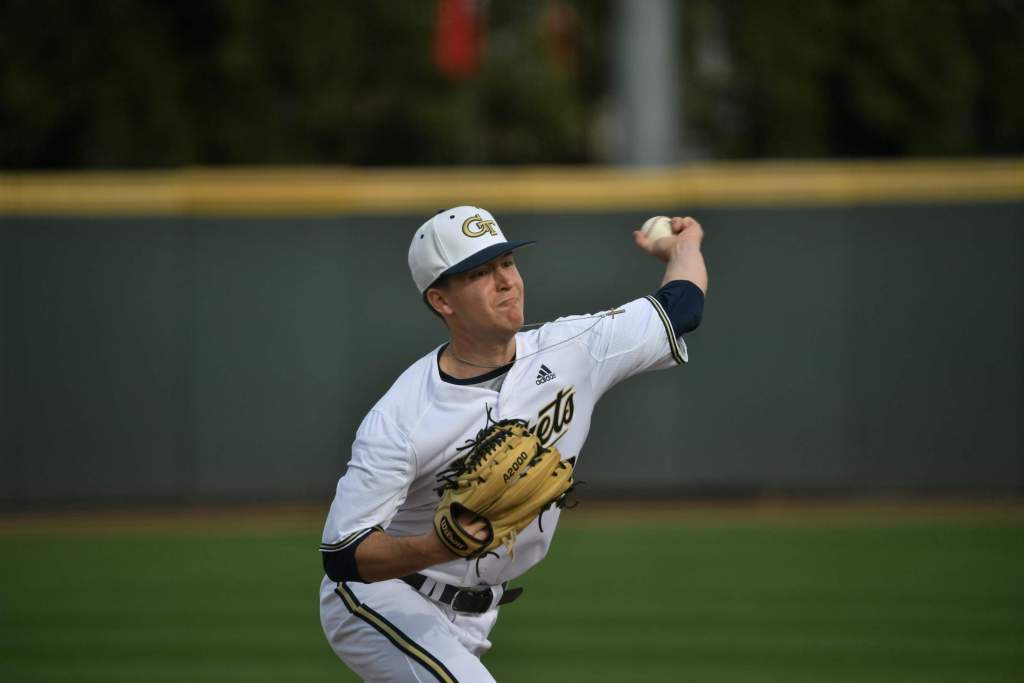 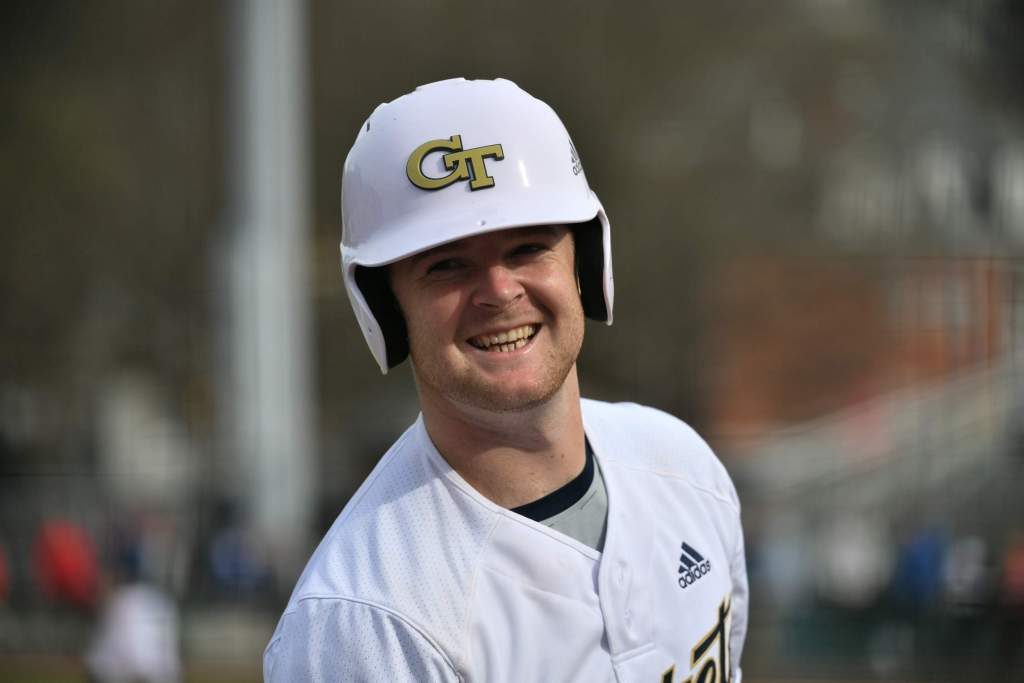 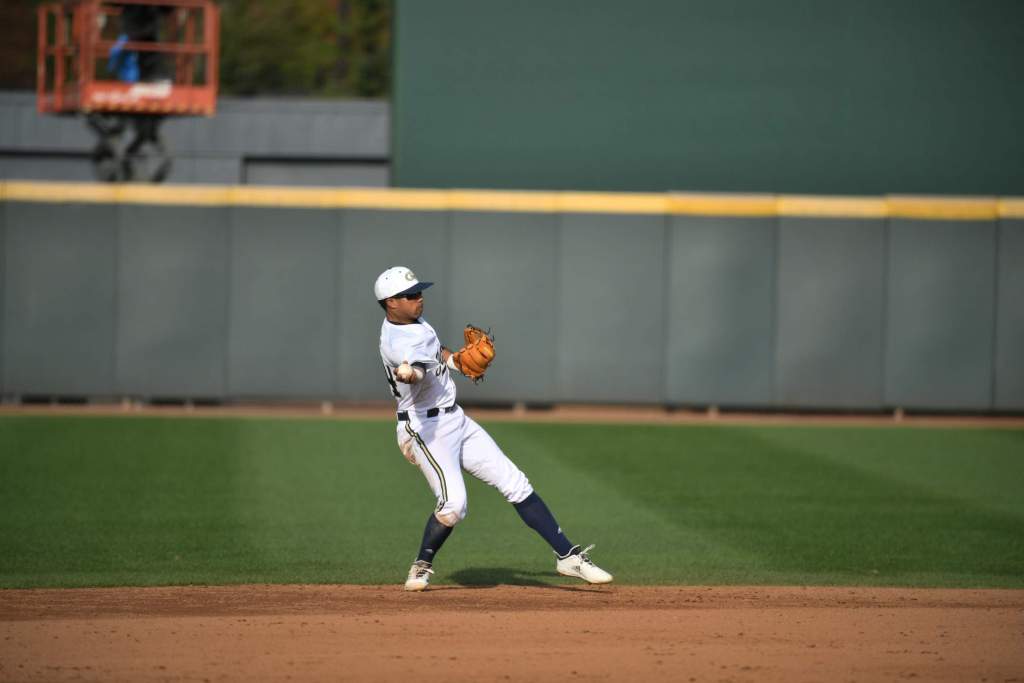