Earning a spot on the team all fours years during her collegiate career, Pan becomes the first Yellow Jacket in women’s basketball history to earn the recognition four times. The accolade is the second for Fletcher and first for Lahtinen. 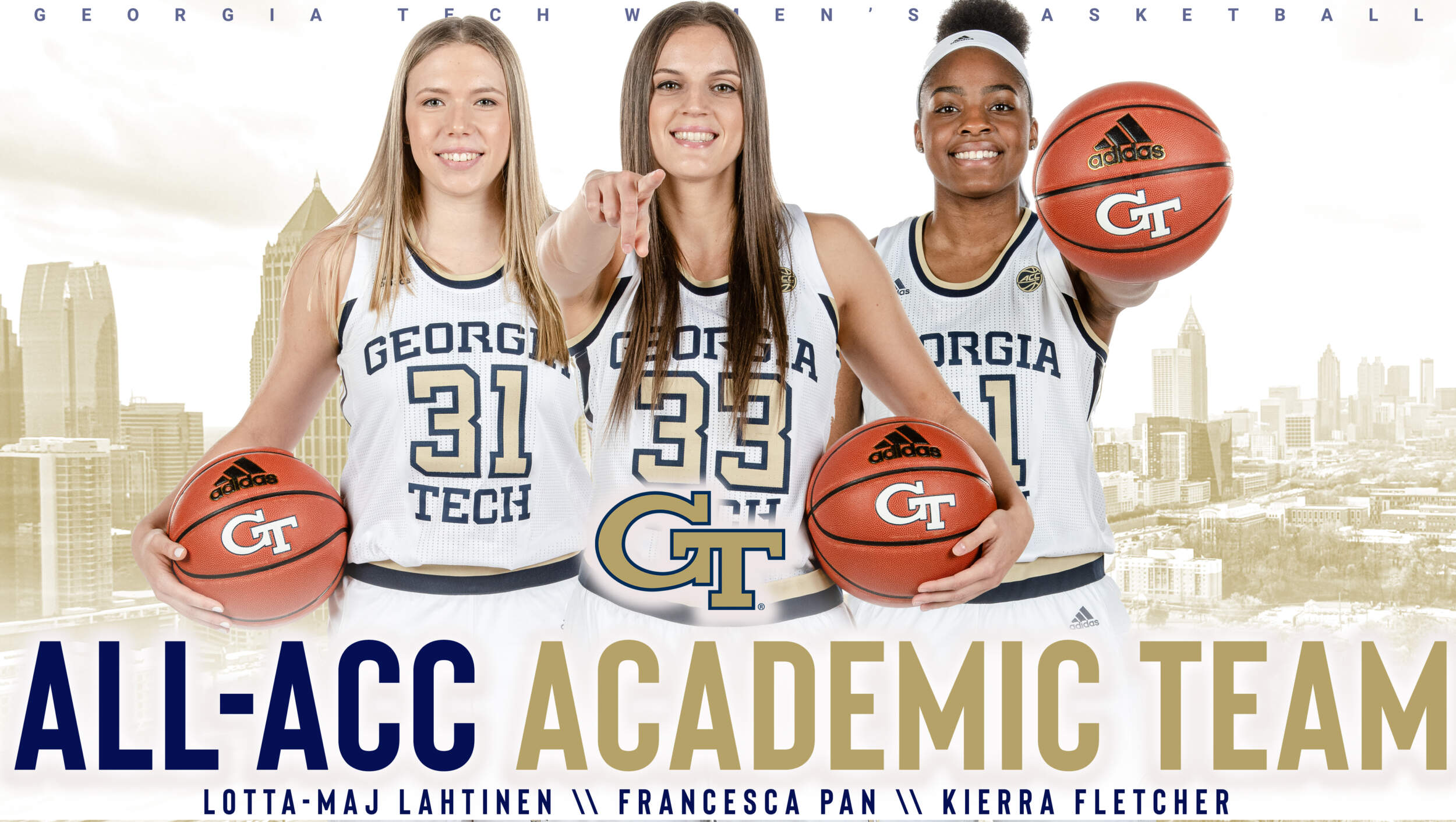 Pan, who was also tabbed All-ACC earlier this week, has started all 29 games her senior season and leads the team in scoring, averaging 12.9 points per game. She has posted 18 games scoring in double figures, including seven games scoring 20-plus points, led by a 30-point performance at NC State.

Fletcher, who earned academic honors her sophomore season, has also started all 29 games for the Yellow Jackets. She is currently tied for second on the team in scoring, averaging 10.2 points per game and leads the team in assists with 87.

Lahtinen has appeared in all 29 games for Tech and has earned the start in 28. She is fifth on the team in scoring with a 9.3 points per game average and has scored in double figures 14 times. In Tech’s final regular season game, Lahtinen recorded her first career double-double with 18 points and 12 rebounds. Her 18 points matched a career-high, while she set a personal-best in rebounding.

The Yellow Jackets, the No. 7 seed in the ACC Tournament, open play in the second round on Thursday, March 5 at 6 p.m. facing either Notre Dame or Pittsburgh.