Lahtinen led all scorers with 14 points and 10 rebounds, while senior Lorela Cubaj nearly joined her with a double-double, recording a game-high 14 rebounds to go along with eight points and four blocks.

The Yellow Jackets (1-0) jumped out to an early lead, holding the Panthers (0-1) to just five points and 13.3 percent shooting in the opening quarter. The Jackets dominated the inside, outscoring GSU 32-14 in the paint, while holding the rebounding edge by a commanding 56-37 margin.

The Panthers were led by Taylor Hosendove, who also neared a double-double, finishing with seven points and 10 rebounds.

Georgia Tech remains at home for “Clean, Old-Fashioned Hate” on Sunday, Nov. 29 when it hosts Georgia at McCamish Pavilion. Tipoff is set for 2 p.m. and will be broadcast live on ACC Network. 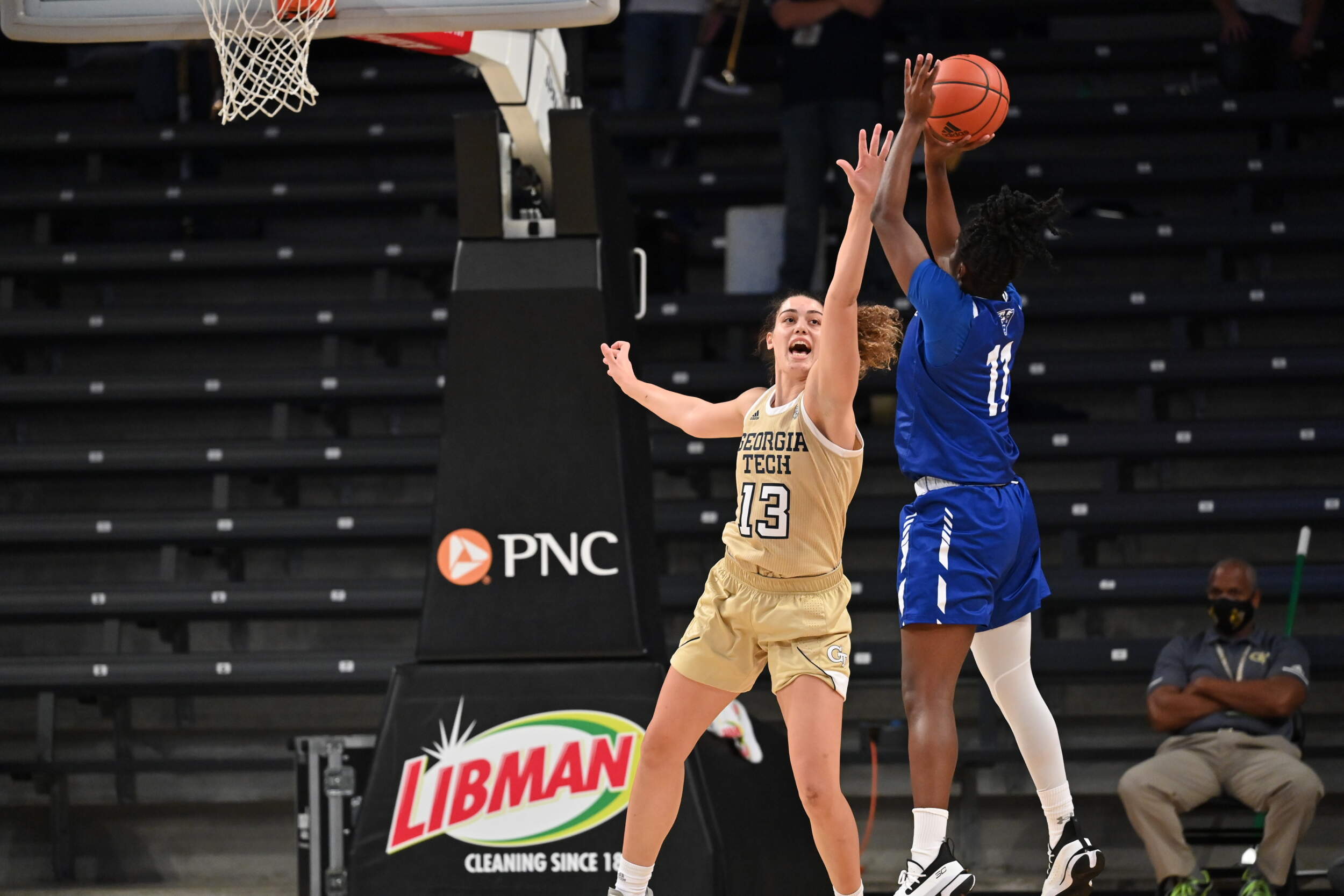 Senior Lorela Cubaj (13) led the game with 14 rebounds to go along with eight points and four blocks in the 62-38 win over Georgia State. (Photo by Danny Karnik)