San Antonio, Texas – Lotta-Maj Lahtinen and Kierra Fletcher scored 36 of Georgia Tech’s points, keeping the Yellow Jackets within striking distance into the final four minutes of the game, but South Carolina closed the game on a 7-2 run to put the Jackets away, 76-65, Sunday afternoon in the NCAA Hemisfair Region Sweet 16 game at the Alamodome.

Georgia Tech’s dream season in its second campaign under head coach Nell Fortner ended with a 17-9 record. The top-seeded Gamecocks (25-4) advanced to an Elite Eight matchup against either Texas or Maryland.

Tech battled from behind most of the game after holding their last lead at 4-2 less than three minutes in. The Jackets trailed by as many as 10 points in the second quarter, but went to intermission down just 39-35 as Lahtinen scored 16 of her game-high 20 points.

South Carolina outscored Tech 23-15 in the third period to gain the cushion it needed, including a 7-0 spurt after Fletcher’s opening bucket and a 9-0 burst later in the period to lead by as many as 17 (62-45 with 2:14 left). Aliyah Boston scored all nine of her points in that stretch, and Victaria Saxton added eight for the Gamecocks, who connected on 10-of-14 shots from the floor in the period.

Tech continued to battle, however, putting together a 9-0 run over a 3-minute, 50-second stretch spanning the quarter break to get within eight, 62-54, with 8:47 remaining in the game.

Left it all on the dance floor.

Thank you to ALL of you for all the support this season.

So proud of the heart and fight in this team! An incredible season for the Yellow Jackets!!

Despite creating trouble for South Carolina with its press, Tech was not able to get closer than six points. Lorela Cubaj, limited with foul trouble from the middle of the second period, broke free three times for layups to keep the Jackets within striking distance, and Fletcher drained a three with 4:04 left to bring Tech within 69-63. But the Jackets scored only one more basket from there, another layup from Cubaj with 2:23 to go.

South Carolina shot 60 percent in the second half, and 56.4 percent for the game, getting 44 of its 76 points in the paint while also knocking down 8-of-14 from three-point range. Tech finished the game at 45.8 percent from the floor, but converted just one of six three-point attempts in the second half after hitting 5-of-6 in the first half.

Zia Cooke led the Gamecocks with 17 points, with Laeticia Amihere adding 15 and Saxton 12 as all seven South Carolina players that played scored at least six points. 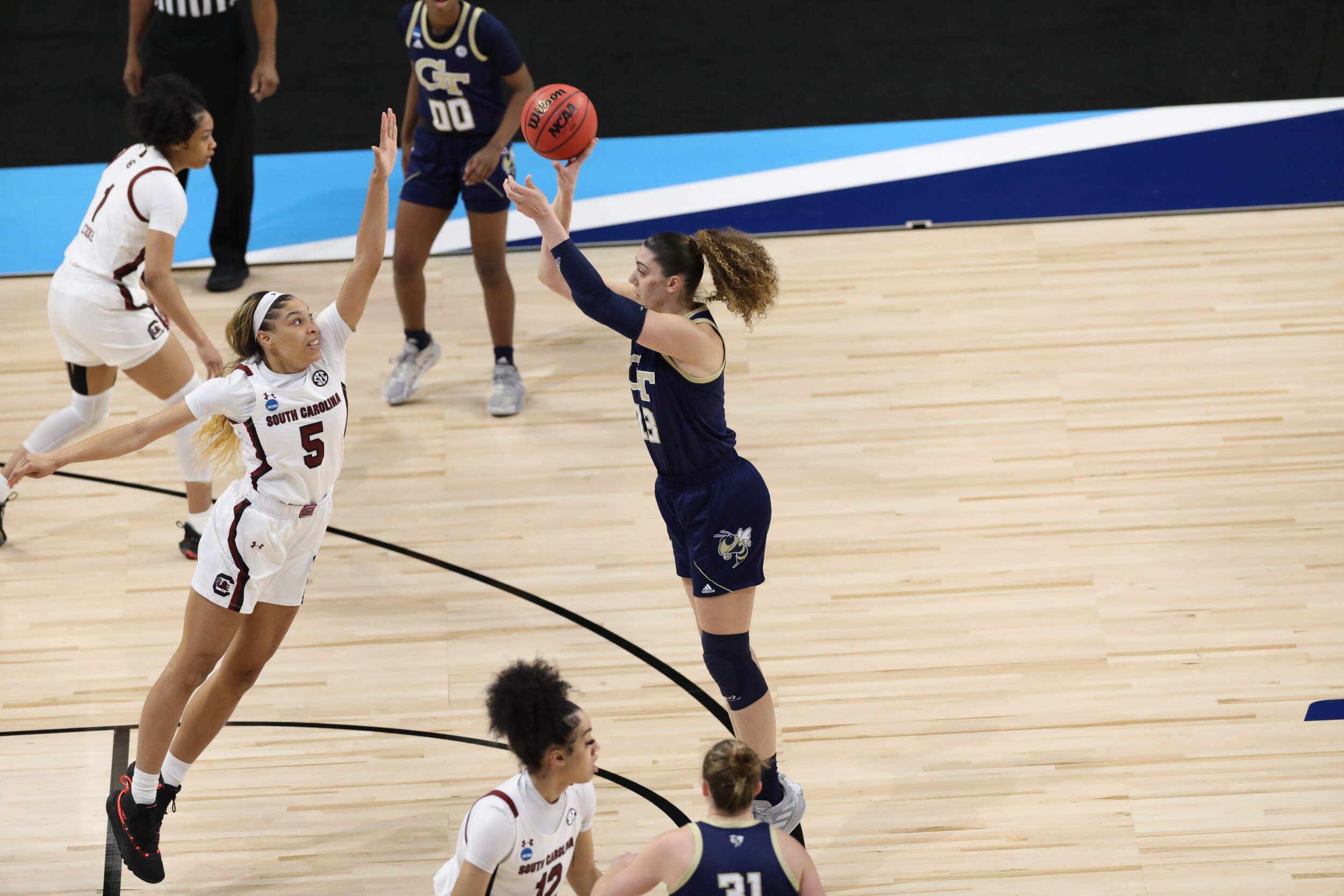 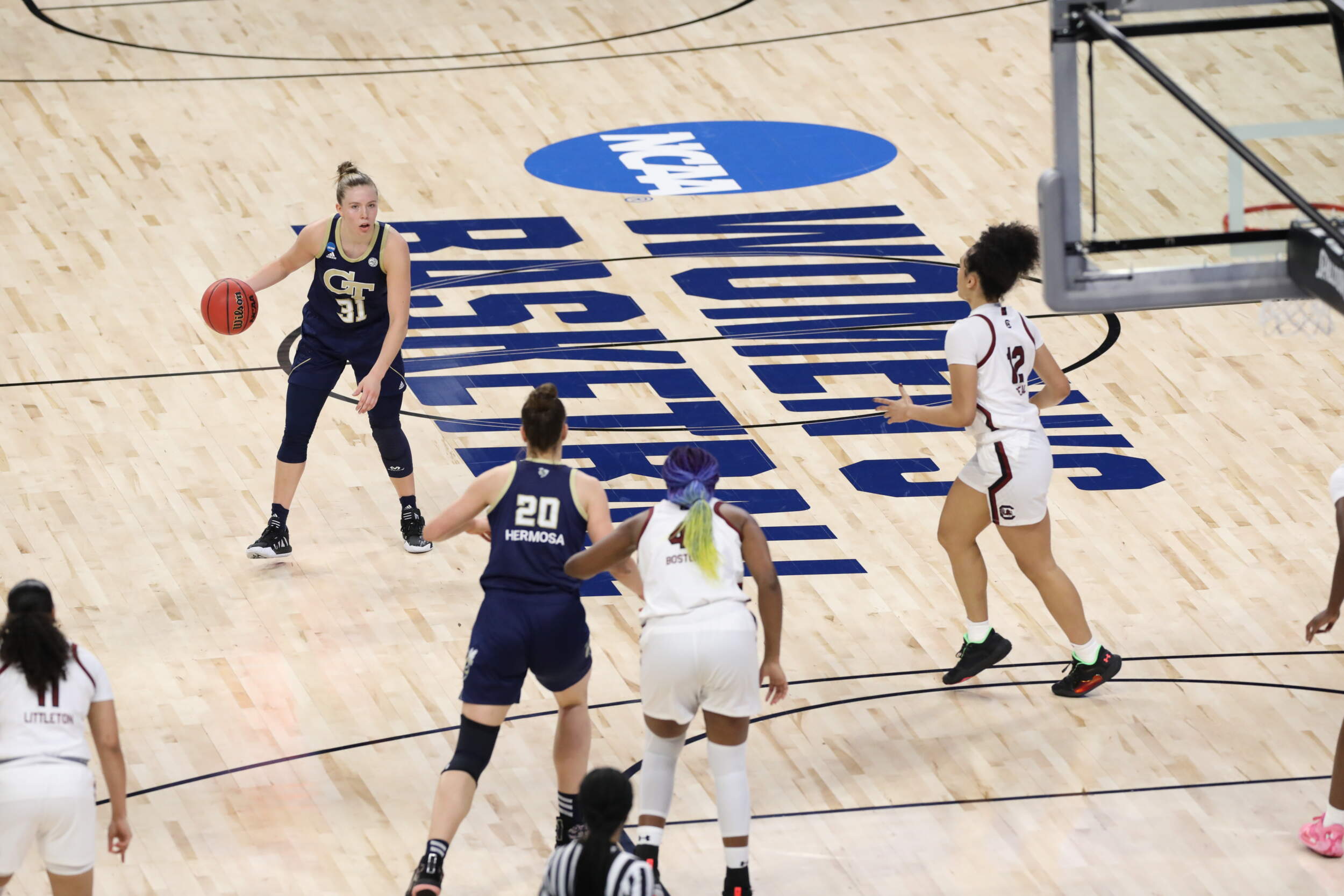