Jackets Fall to Georgia in Overtime, 75-69

THE FLATS – Lorela Cubaj scored 20 points and grabbed 13 rebounds to lead three Georgia Tech players in double figures, but Georgia outscored the Yellow Jackets 12-6 in overtime Sunday afternoon and came away with a 75-69 victory over Tech at McCamish Pavilion.

Tech lost to the Lady Bulldogs for the first time in three meetings and fell to 1-1, while Georgia improved to 2-0.

Tech grabbed the first lead in overtime on a free throw by Eylia Love, but Georgia scored the next seven points to take command of the game. Sarah Ashlee Barker’s jumper in the paint put the Bulldogs ahead 65-64, and Que Morrison added a three-point field goal from the top of the key with 1:16 left. Mikaila Coombs’ put the game in Georgia’s control on Tech’s next possession with a steal and a pair of free throws with 46 seconds remaining, making the score 70-64. Morrison added four more free throws in the final 30 seconds to offset a three-point field goal by Sarah Bates. 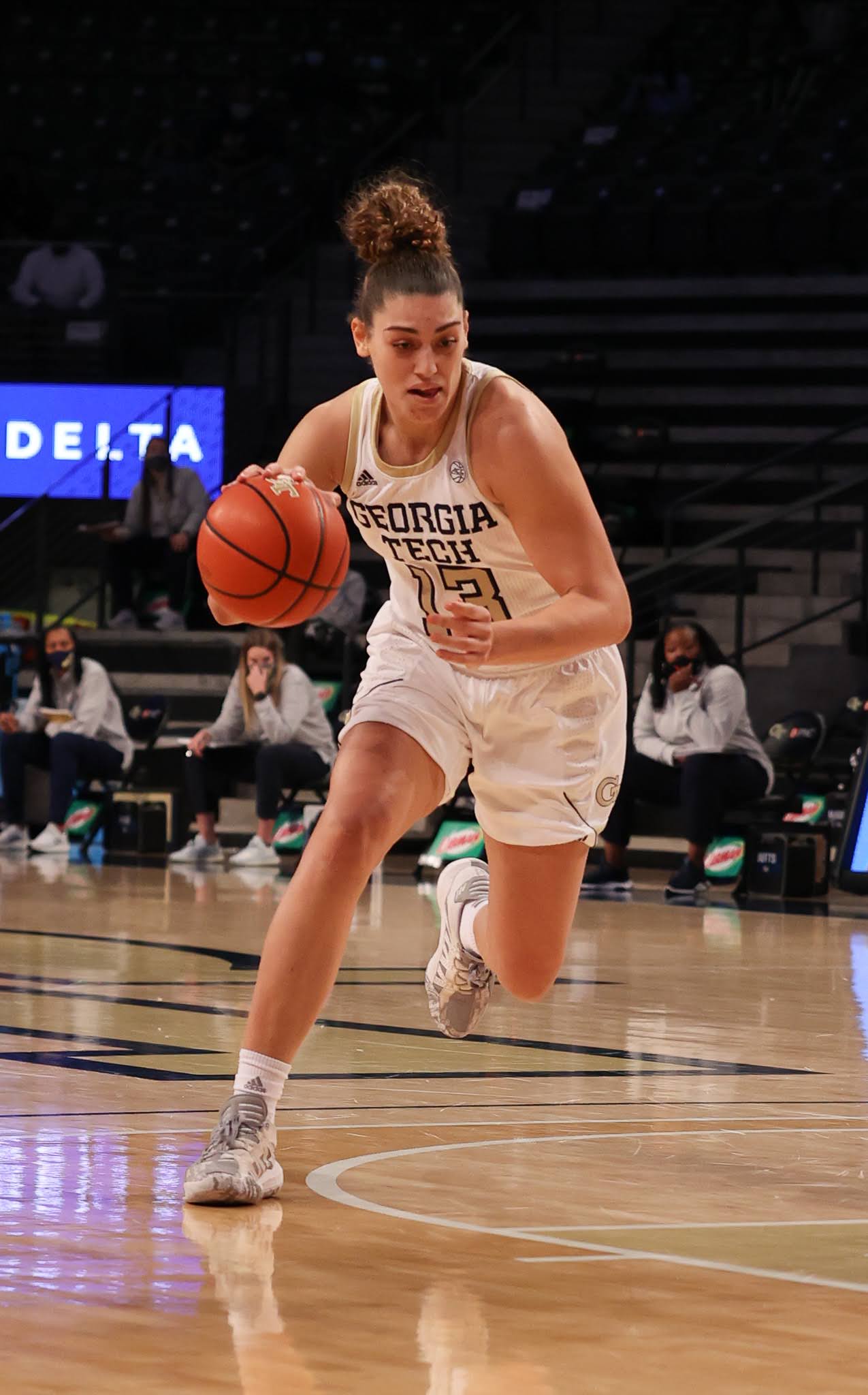 Georgia led by as many as 11 points in the first half, but after the Yellow Jackets stormed back out of the halftime break, neither team led by more than four points the rest of regulation.

Freshman Loyal McQueen scored 12 points, and Nerea Hermosa added 10 for the Yellow Jackets, who connected on just 35.1 percent of their shots from the floor.

Jenna Staiti led the Bulldogs with 21 points and 12 rebounds, and also blocked seven shots, while Morrison finished the game with 18 points, and Coombs added 10 for the visitors, who shot 45.2 percent from the field.

Trailing 39-32 at the halftime break, the Yellow Jackets quickly tied the game with a 7-0 run to open the third quarter and outscored the Lady Bulldogs 21-10 in the stanza, leading 53-49 at the end of three quarters. Cubaj scored nine of Tech’s points in the quarter, while McQueen put the Jackets ahead with a layup, and Lotta-Maj Lahtinen extended the margin to four with a fast break layin of her own.

Staiti led the Bulldogs back in the fourth period, scoring eight of her points as Georgia built a 63-59 lead with 2:15 remaining.

But the Jackets took advantage of a pair of turnovers and a missed shot to force overtime. Hermosa scored on a stickback to get Tech within 63-61 with 1:43 left, and Cubaj tied the game on a layup with 42 seconds left. Tech had one more possession to try and take the lead, but came up empty, and the Bulldogs’ Morrison missed a three-point try from the left wing at the buzzer.

Tech continues its four-game season-opening homestand Thursday by hosting Tulane at 6 p.m. The game will be live streamed on ACC Network Extra, available on the ESPN app.