Loyal McQueen fueled a strong opening quarter for the Jackets, draining three three-pointers as Tech shot 75.0 percent from long distance to hold a 20-19 lead after the first. Tech led by as many as seven points in the opening quarter after McQueen sparked a 7-0 run with her third triple, but Louisville outscored the Jackets 23-8 over the remainder of the first half to hold a 36-28 halftime advantage.

McQueen sparked as strong finish to the third quarter from the Yellow Jackets after Louisville expanded its lead to 16 points early in the frame. The Jackets slowly chipped away at their deficit, closing within nine, 60-51, to end the stanza. A three-pointer from Lotta-Maj Lathinen at the 6:40 mark in the fourth setup a 66-54 tally with 7:13 remaining as Tech would come within single digits once more before Louisville maintained a double-digit lead. 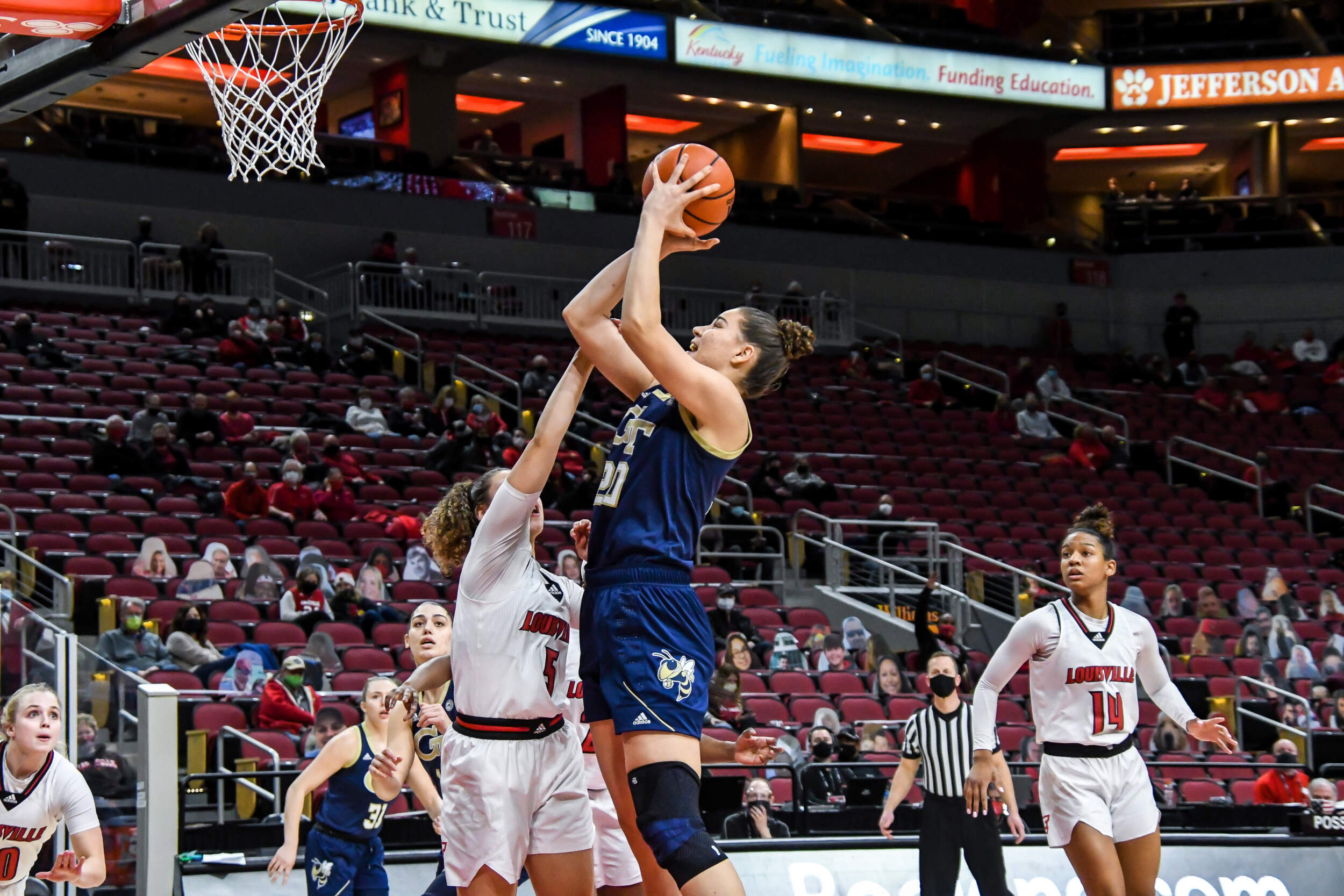 Dana Evans led the Cardinals with 25 points and was one of four in double-figures. Louisville narrowly won the battle on the glass, 37-34.

Tech returns to action on Tuesday, Feb. 16, welcoming Miami to McCamish Pavilion. Tip is slated for noon on the ACC Network.