No. 6 Georgia Tech gets gem from Amos Willingham in 12-6 win

THE FLATS – No. 2-seed Georgia Tech baseball ignited the bats behind a strong start by RHP Amos Willingham to power past Notre Dame, 12-6, on Wednesday afternoon in the 2019 ACC Tournament at the Durham Bulls Athletic Park.

The sixth-ranked Yellow Jackets (39-16) used 13 hits and three multi-hit days to down the Fighting Irish (24-30), also striking them out nine times and holding them to just two extra-base hits on the day

Junior starter Willingham (7-2) had his third quality start of the season, allowing just two runs on six hits over 6.0 innings of work. He punched out four, while issuing no walks. Senior RHP Keyton Gibson then worked 2.2 stellar no-hit innings of relief to get his first career save, striking out four.

At the plate, Colin Hall and Michael Guldberg finished with three hits apiece, while Hall had a double and an RBI. Austin Wilhite pounded two hits and a double of his own away while Jackson Webb (double) and Nick Wilhite both finished with two RBI.

Notre Dame on the day was led by three multi-hit players with Niko Kavadas leading all with three hits, including a double. On the mound, the Fighting Irish’s LHP Tommy Sheehan (5-6) received the loss, allowing five runs on three hits in three innings of work.

The Yellow Jackets will move on to Game 2 of Pool Play of the ACC Championships. Tech will take on No. 7-seed Duke on Friday, May 24 at the Durham Bulls Athletic Park. First pitch is scheduled for 11 a.m. and will be broadcast live on the ACC’s Regional Sports Networks and on WREK 91.1 FM.

🔊 Here comes Amos! Willingham talks his strong start and the 🔥 bats behind him to provide the 12 runs in Tech's @ACCBaseball Tourney opener pic.twitter.com/y4k3dTC5Pr 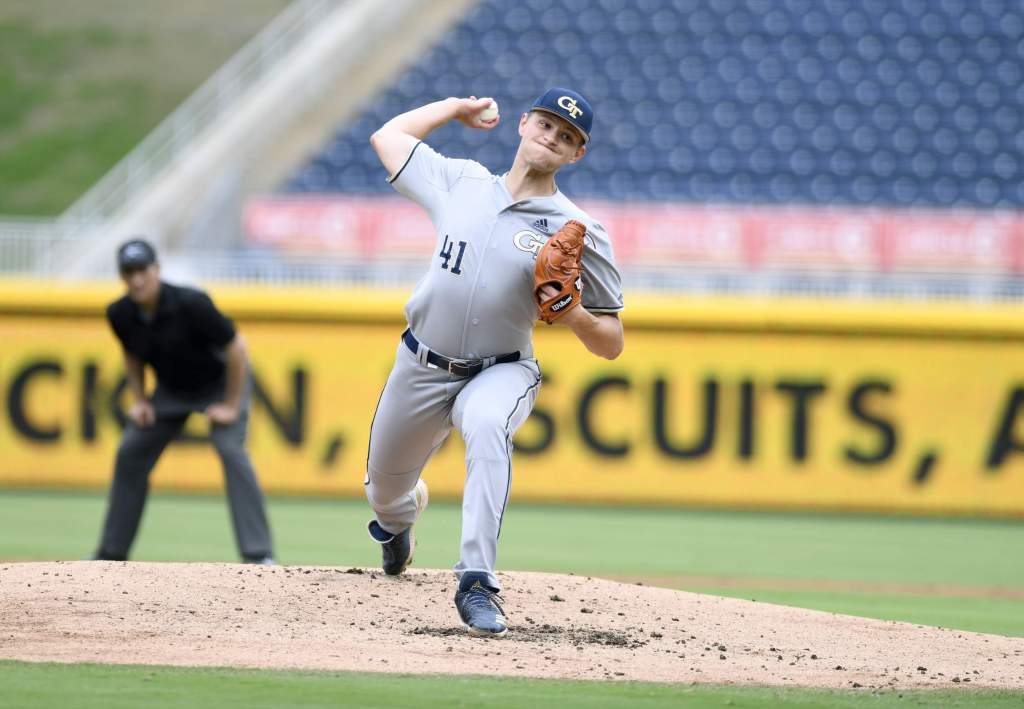 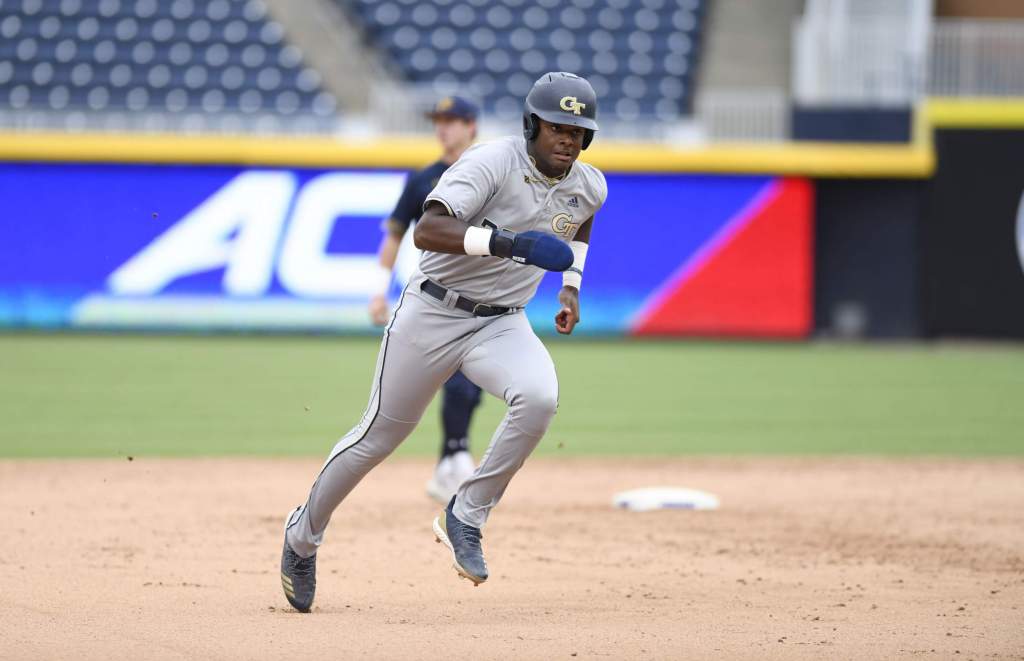 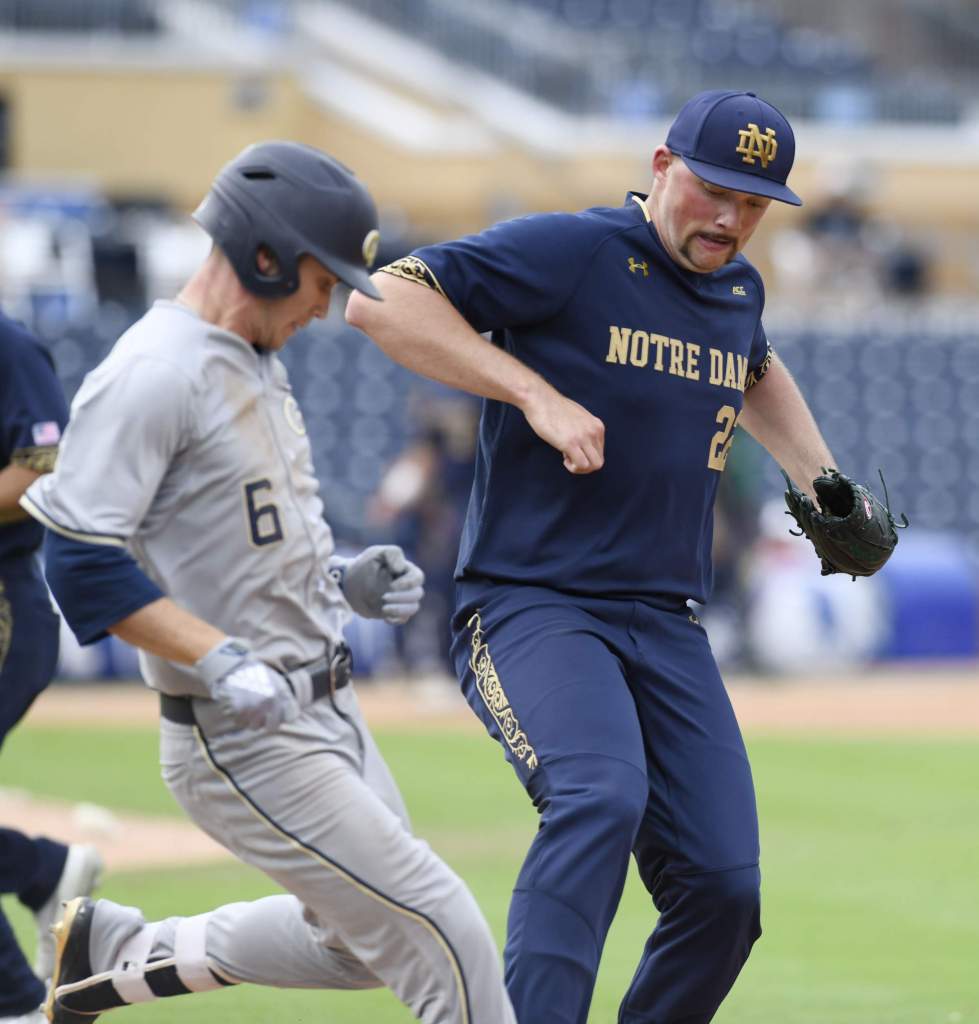 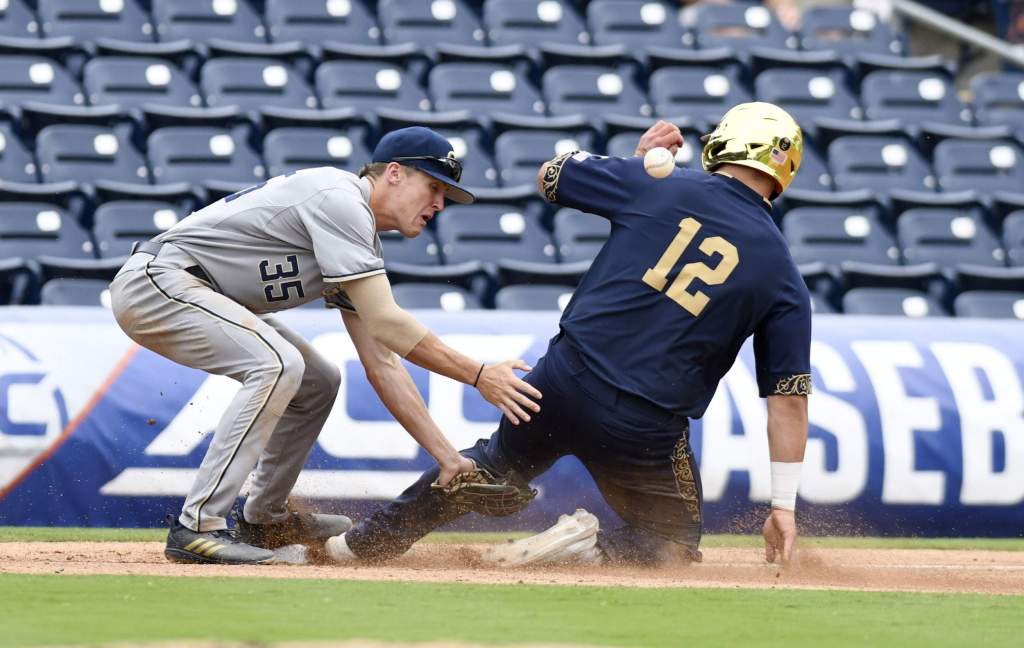 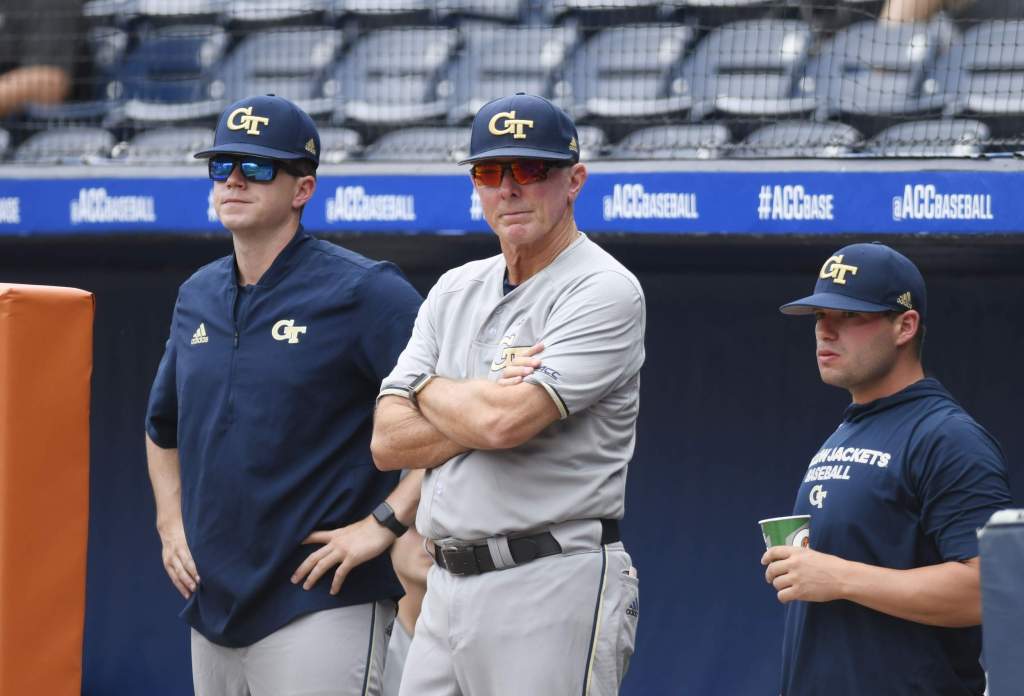 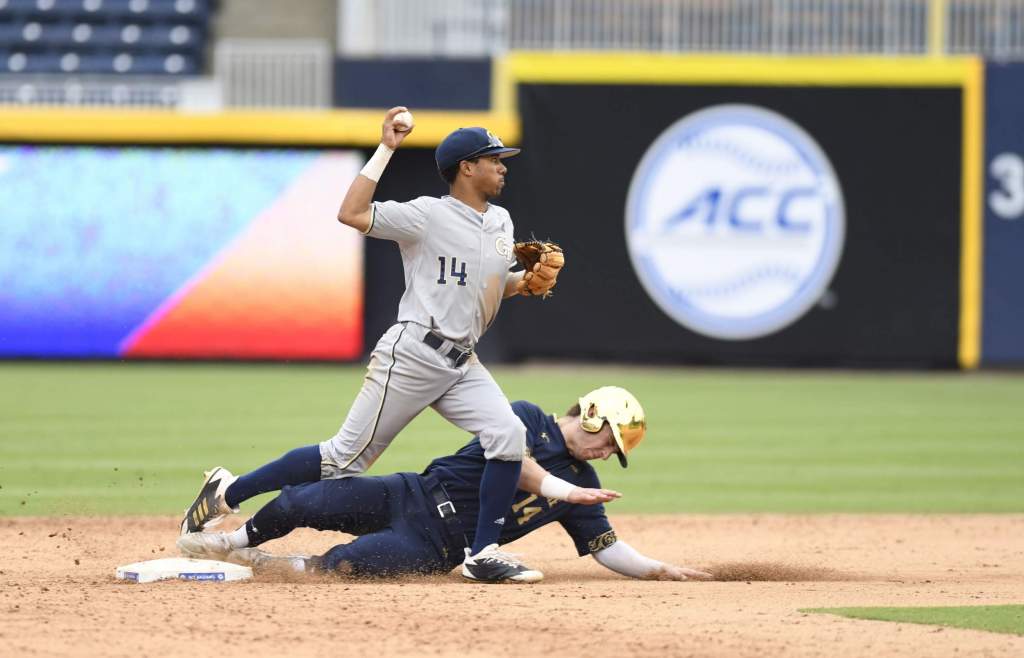 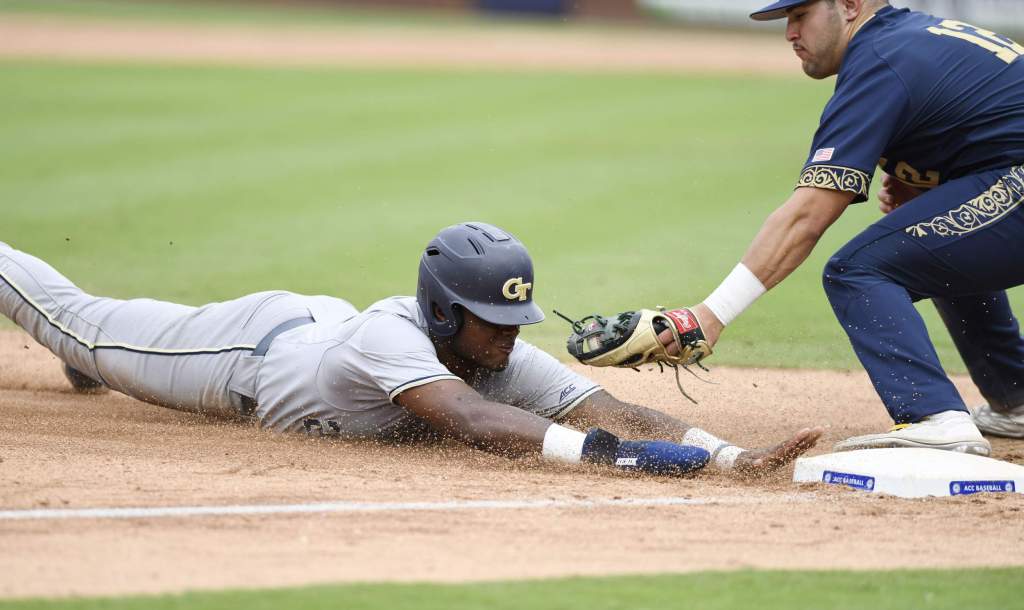 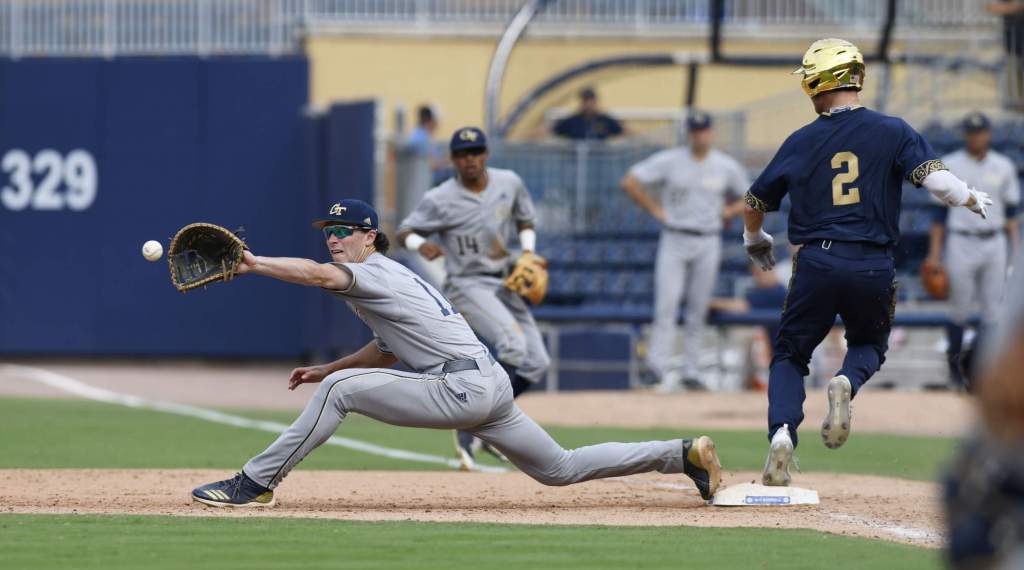