THE FLATS — True freshman Wesley Wells became only the eighth player in Georgia Tech football history to kick four field goals in a game, with the fourth and final one proving to be the difference in the Yellow Jackets’ 30-27 overtime win over Virginia on Saturday at Bobby Dodd Stadium.

Wells was good on all four of his field-goal attempts, including a 48-yarder with 1:04 to go in regulation that gave Georgia Tech a short-lived 27-24 lead and a 40-yarder in overtime that wound up being the game-winning points when Virginia’s Brian Delaney missed wide right to end the thriller.

The wild game featured eight lead changes and two ties. Georgia Tech scored in all three phases of the game, including a safety caused by senior Brant Mitchell’s sack of Virginia quarterback Bryce Perkins in the end zone in the first quarter and a 77-yard touchdown return by true freshman Juanyeh Thomas on the ensuing free kick.

After a 1-3 start, Georgia Tech (7-4, 5-3 ACC) has won six of its last seven games, including each of its last four, to clinch a second-place finish in the Atlantic Coast Conference Coastal Division. Virginia (7-4, 4-3 ACC) lost for only the second time in its last six games.

The Yellow Jackets now turn their sights to next week’s regular-season finale versus archrival Georgia. The 113th edition of Clean, Old-Fashioned Hate is set for next Saturday (Nov. 24) at noon in Athens, Ga., where the Jackets have won in each of their last two visits. 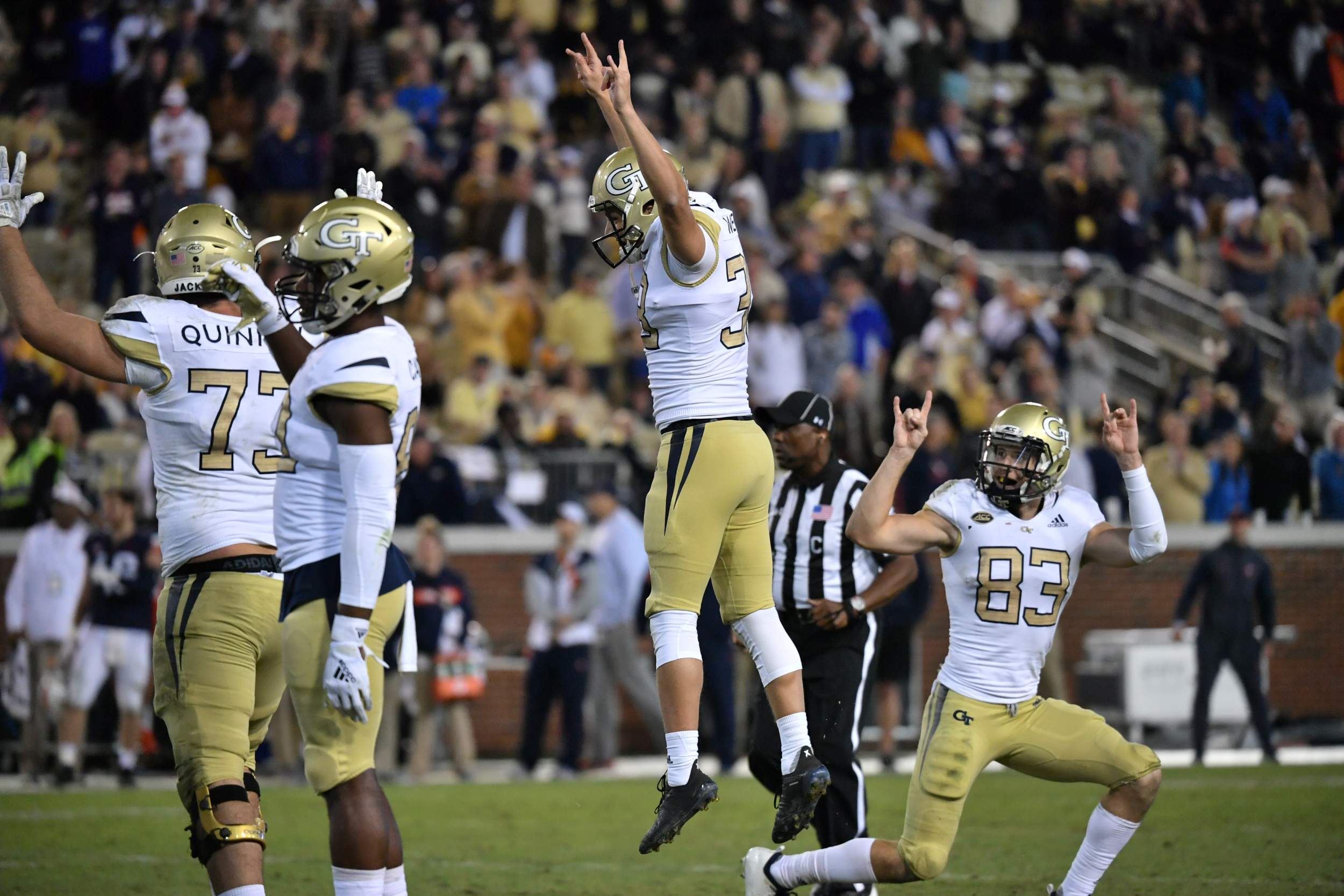 Wesley Wells (center) celebrates after his 40-yard field goal in overtime that proved to be the winning points in Georgia Tech’s 30-27 win over Virginia. 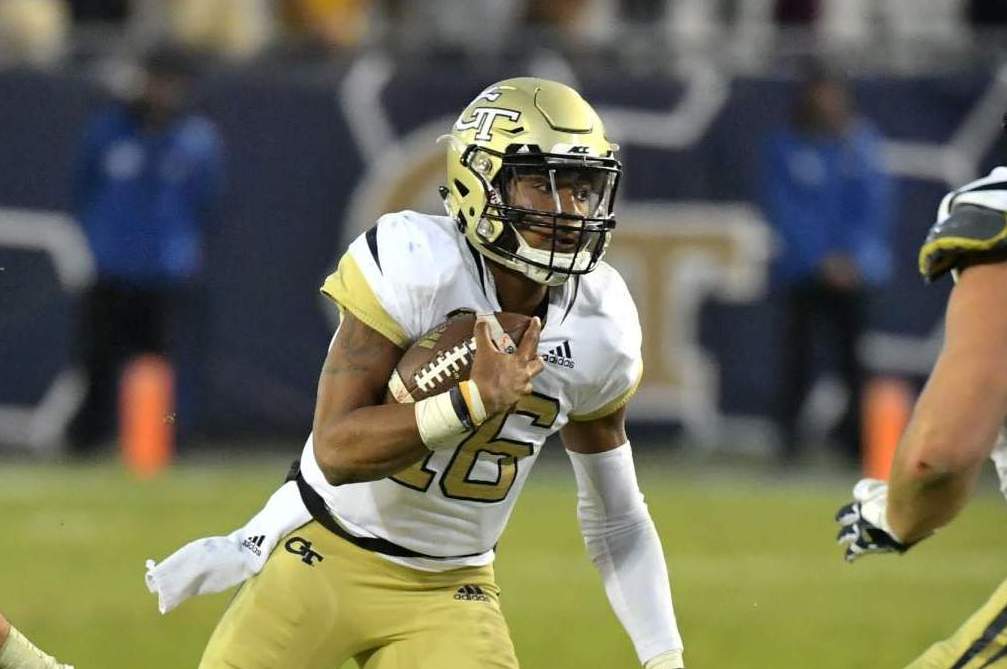 In his final game at Bobby Dodd Stadium, TaQuon Marshall ran for 107 yards and became the 16th player in Georgia Tech history with 2,000 career rushing yards.