CORAL GABLES, Fla. – Four Yellow Jackets finished in double-figures led by Lorela Cubaj’s double-double as Georgia Tech cruised to a 70-56 victory over Miami in the Watsco Center on Thursday night. The win, which marked the fifth-straight for the Jackets, moved Tech to 9-3 overall and 7-2 in Atlantic Coast Conference play.

Behind a 51.6 percent (16-31) shooting clip, Georgia Tech held a 15-point halftime lead, distributing its offense amongst seven different scorers.  Miami came out with a five-point lead, but it was short-lived as Lotta-Maj Lahtinen hit Tech’s first of six three-pointers in the half to spark the Jackets. Tied at 12-12 with 4:43 to play, Tech would put together a 17-4 run extending into the second quarter, forcing Miami to burn a timeout with the Jackets up 29-16 with 8:14 on the clock. Tech would lead by as many as 18 points in the half.

The Jackets maintained a comfortable lead in the third quarter before the Hurricanes cut the deficit to single digits with a 10-2 run spanning the final break for a 55-46 tally. It would be the closest Miami came the remainder of the game as Tech built its lead back out to 16 points following a pair of free throws from Lahtinen, and never looked back. 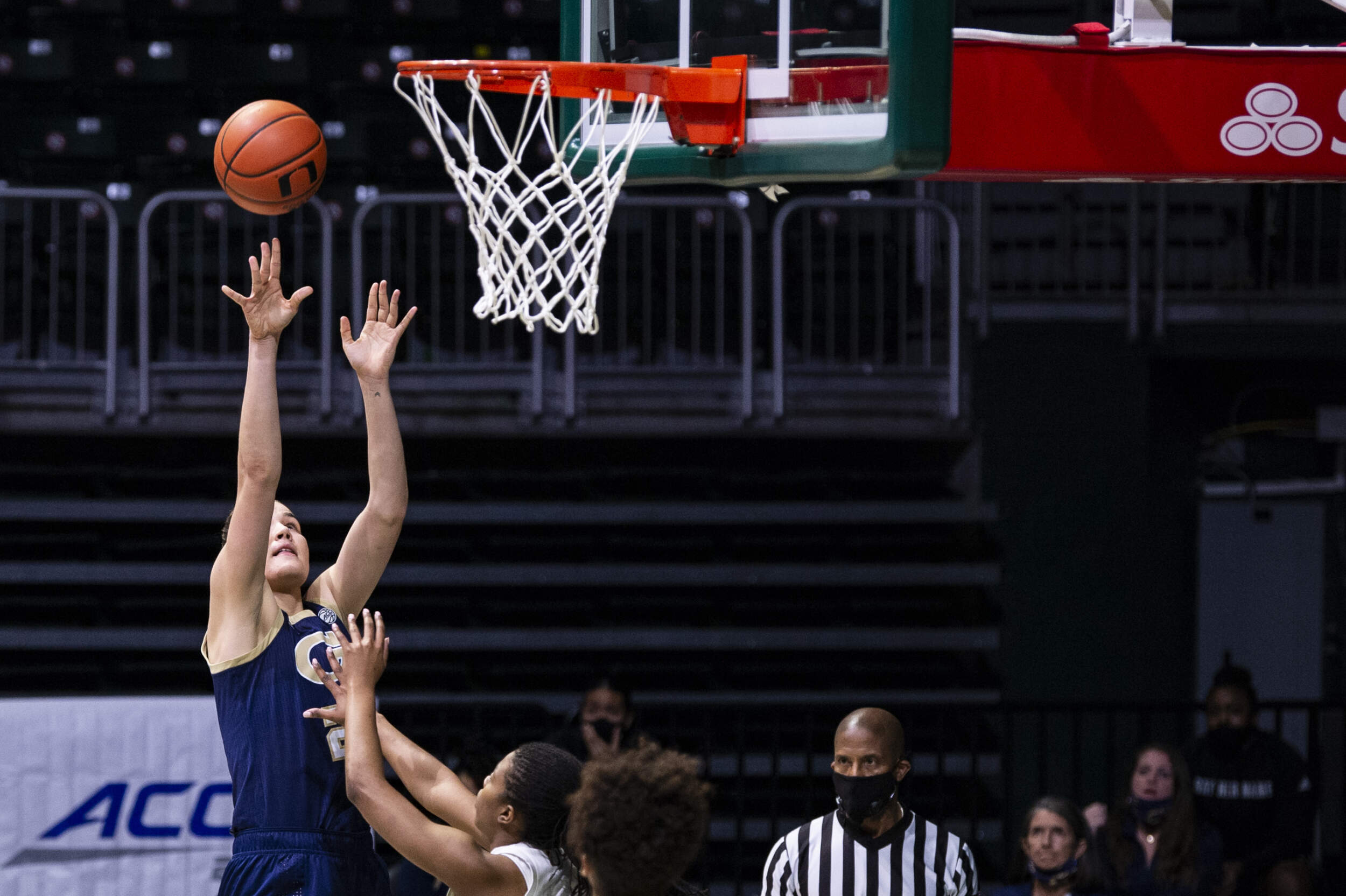 Cubaj led the Jackets with 14 points and 14 rebounds for her 16th career double-double. She was followed in scoring by Lahtinen with 13 points, Kierra Fletcher contributed 12 points and Nerea Hermosa added 10 points.

For the game, Tech shot 45.9 percent (28-61) and finished shooting 70.0 percent (7-10) from the free throw line. The Jackets dominated on the glass for the ninth game winning the rebounding battle. Fueled by Cubaj’s 14 boards, Tech out-rebounded the Hurricanes, 41-29.

The Jackets return to action with three home games next week beginning with Syracuse on Tuesday, Feb. 2. Tip is slated for 7 p.m. in McCamish Pavilion on ACC Network Extra.