THE FLATS – Michael Devoe finished with a team-high 14 points to match his career-high and lead three Yellow Jackets in double figures, but Georgia Tech dropped a 70-59 decision to Georgia Saturday afternoon at McCamish Pavilion.

Shooting struggles plagued both teams in the early going as both teams were shooting under 30 percent through the third media timeout. After Georgia pulled out with a 12-5 edge, Abdoulaye Gueye connected on a hook shot and Jose Alvarado went coast-to-coast on a steal to pull the Jackets within one possession, 12-9, with 9:02 to play in the half. The Bulldogs capitalized on a 13-0 run to pull away with a 25-9 lead and carried a 29-19 advantage into halftime.

Georgia Tech opened the second half with a 13-5 run that pulled the Yellow Jackets within two, 34-32, and just over a minute later, Curtis Haywood II hit Tech’s first three-pointer of the contest, setting up a 40-36 tally with 13:19 to play. Despite UGA rebuilding a 10-point advantage, the Jackets crawled back within a possession on an old-fashioned three-point play from Brandon Alston. Trailing by nine with 2:17 to play, the Jackets made a late push, closing within four points, but couldn’t get any closer.

Georgia Tech shot 32.3 percent (21-65) from the field, while Georgia finished with a 45.5 percent (25-55) clip. The Bulldogs outrebounded the Yellow Jackets 41 to 34 but Tech beat them on the offensive boards, 13 to 10. Georgia Tech more than doubled its scoring output in the second half.

Georgia Tech returns to action at 4 p.m. Friday, Dec. 28, hosting Kennesaw State at McCamish Pavilion. The game will be streamed live on ACC Network Extra, available through the ESPN app. 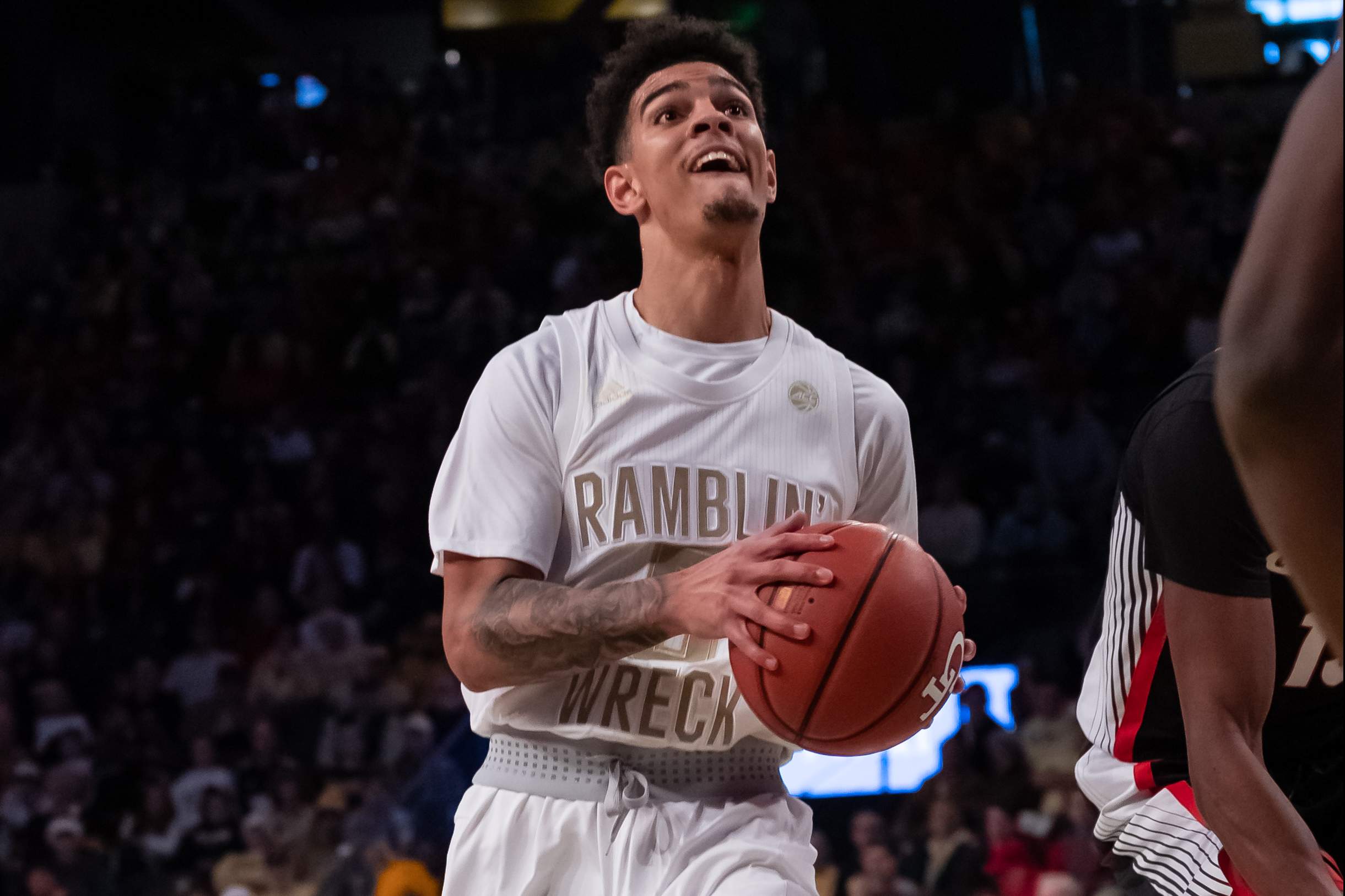