Honolulu, Hawai’i – Michael Devoe scored 18 points to lead three Georgia Tech players in double figures, and the Yellow Jackets outscored Hawai’i 41-15 over the last 16 minutes of the game to capture a 70-53 victory Wednesday in the third-place game of the Hawaiian Airlines Diamond Head Classic at the Stan Sheriff Center.

The Yellow Jackets, who evened their record at 6-6 as they head back to Atlanta, trailed by three at intermission and gave up the first six points of the second half to the host Rainbow Warriors (8-5) before turning the momentum in their favor.

Trailing 38-29 with 16:11 to go, Tech began to turn things around, putting together a 16-4 run to take the lead, fueled by five points from James Banks III. The Jackets got a three-pointer from Devoe, a layup from Bubba Parham and another layup from Jordan Usher to stake Tech to a 45-42 lead.

Tech connected on 13 of its last 17 shots from the floor over the final 15:18, and smothered the Hawai’i into missing 14 of its 18 second half shots, including all five of their three-point attempts.

Banks, who did not score or get a rebound in the first half, helped lead the charge, scoring 11 points and taking six rebounds after intermission. Moses Wright posted his third straight strong game in the tournament, scoring 16 points on 7-of-11 shooting for the Jackets, and was voted to the all-tournament team.

Devoe hit 6-of-12 shots from the floor, including a pair of threes, along with four assists. Jose Alvarado, playing his third straight game after missing the last six with an ankle injury, scored eight points with four assists and five rebounds.

Tech resumes Atlantic Coast Conference play on New Year’s Eve, Dec. 31, with a game at No. 17 Florida State. Tipoff is at noon at the Donald L. Tucker Center in Tallahassee, Fla., and the game will be televised on the ACC Network. 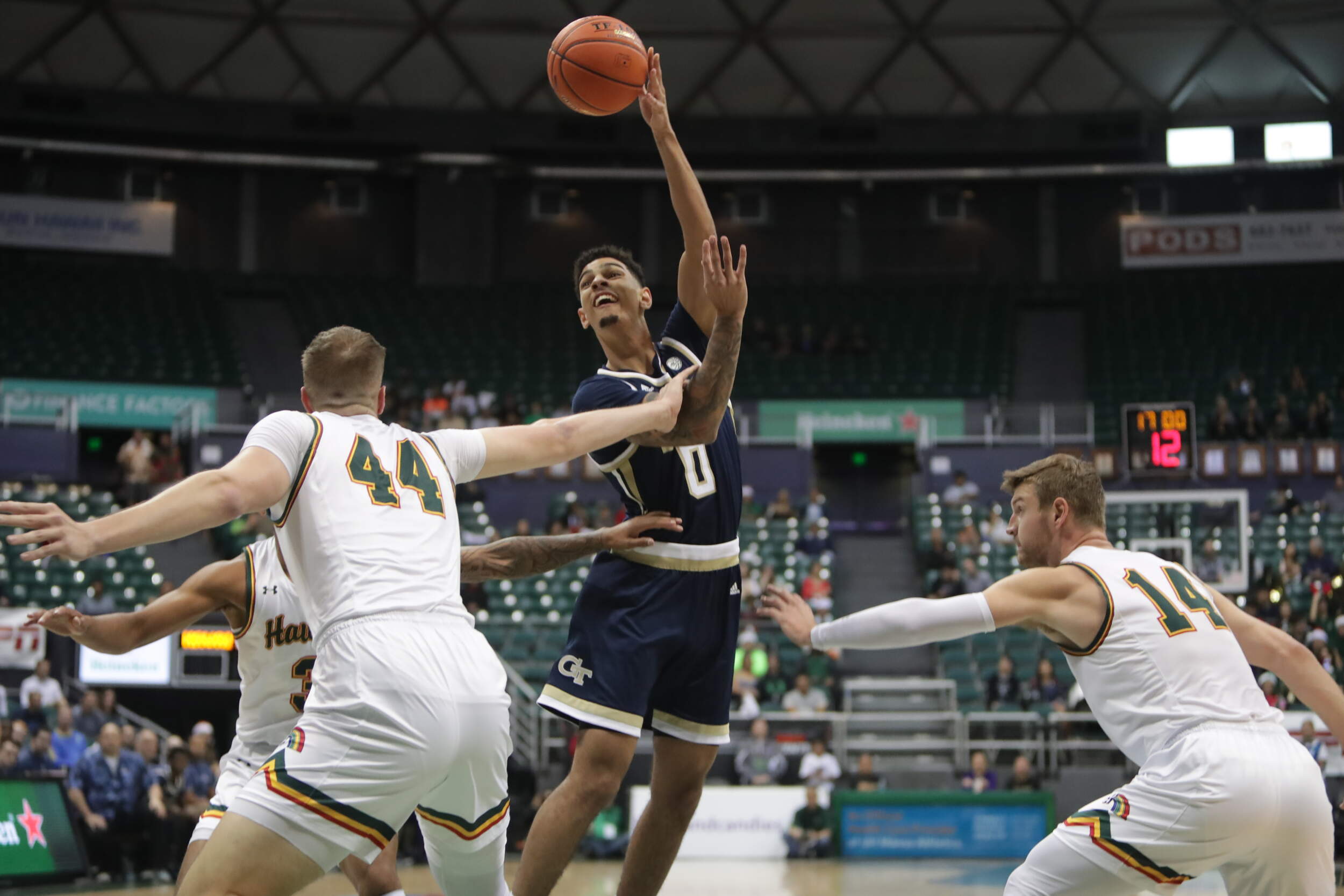