Tech played exceptionally well in the first half, hitting 52.2 percent of its field goals, 5-of-10 from three-point range and 10-of-10 from the foul line to lead 39-28 at the break. Jordan Usher scored the Jackets’ first seven points of the game and had all 11 of his points in the period, while Devoe scored 10.

Clemson rallied from the jump in the second half, however, holding the Jackets without a field goal until 9:43 remained, a three-point field goal by Jose Alvarado (13 points in the game) after the Tigers had taken a four-point lead. Clemson didn’t stop there, scoring 11 of the game’s next 14 points to open a 59-50 advantage with 5:15 to go.

James Banks III put back a Devoe miss to tie the game at 62 with 1:37 left, and after the teams traded misses, Devoe drove the lane and put up a floater that dropped in, giving the Jackets a 64-62 lead. Banks made one of two free throws for the final margin, and Tevin Mack, who led Clemson with 19 points, was off target with a long three at the final horn.

Tech continued its late-season run of strong defense as the Tigers made only 35 percent of their shots from the floor and 6-of-26 from three-point range, enabling the Jackets to overcome 19 turnovers.

The Yellow Jackets celebrate with head coach Josh Pastner in the locker room after Tech’s victory at Clemson. (photo by Erik Maday) 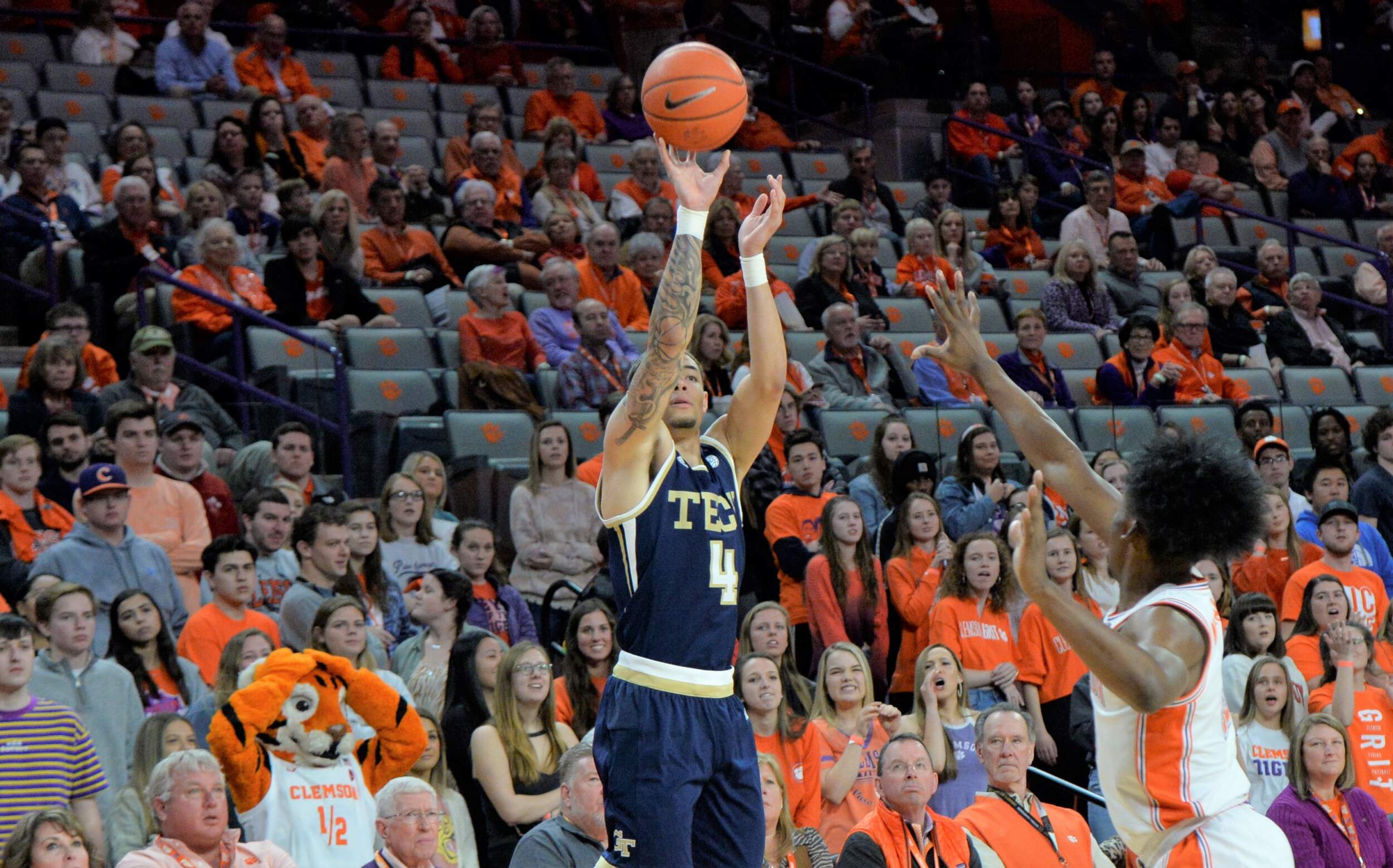 THAT’S how you close out a winning season with your 11th ACC win and 5th ACC road win of the year!
⛽️⛽️⛽️#BuiltDifferent /// #TogetherWeSwarm pic.twitter.com/2w8Rs8oHt0

.@GTMBB just won its 11th ACC game of the season.

The last time the Jackets had that many conference wins in a season, this guy was their starting PG ⤵️ pic.twitter.com/9shpZCMBW2