THE FLATS – Jose Alvarado and Michael Devoe combined to score 33 of Georgia Tech’s 68 points and the Yellow Jackets pulled away for their fifth straight home win, a 68-59 triumph over visiting Clemson on Tuesday evening at McCamish Pavilion.

Alvarado overcame an injury that forced him to momentarily leave the court midway through the first half to score 19 points on 8-of-14 shooting (3-of-5 from 3-point range). Devoe scored 14 points to go along with six rebounds and a game- and career-high eight assists. Moses Wright also reached double figures for the Yellow Jackets with 10 points.

Aamir Simms led all scorers with 23 points for Clemson, while Al-Amir Dawes and Hunter Tyson each added 10.

The Yellow Jackets return to action Saturday with an 8 p.m. ACC game against Miami at McCamish Pavilion, the second of three straight home games for Tech. The game will be televised on the ACC Network. 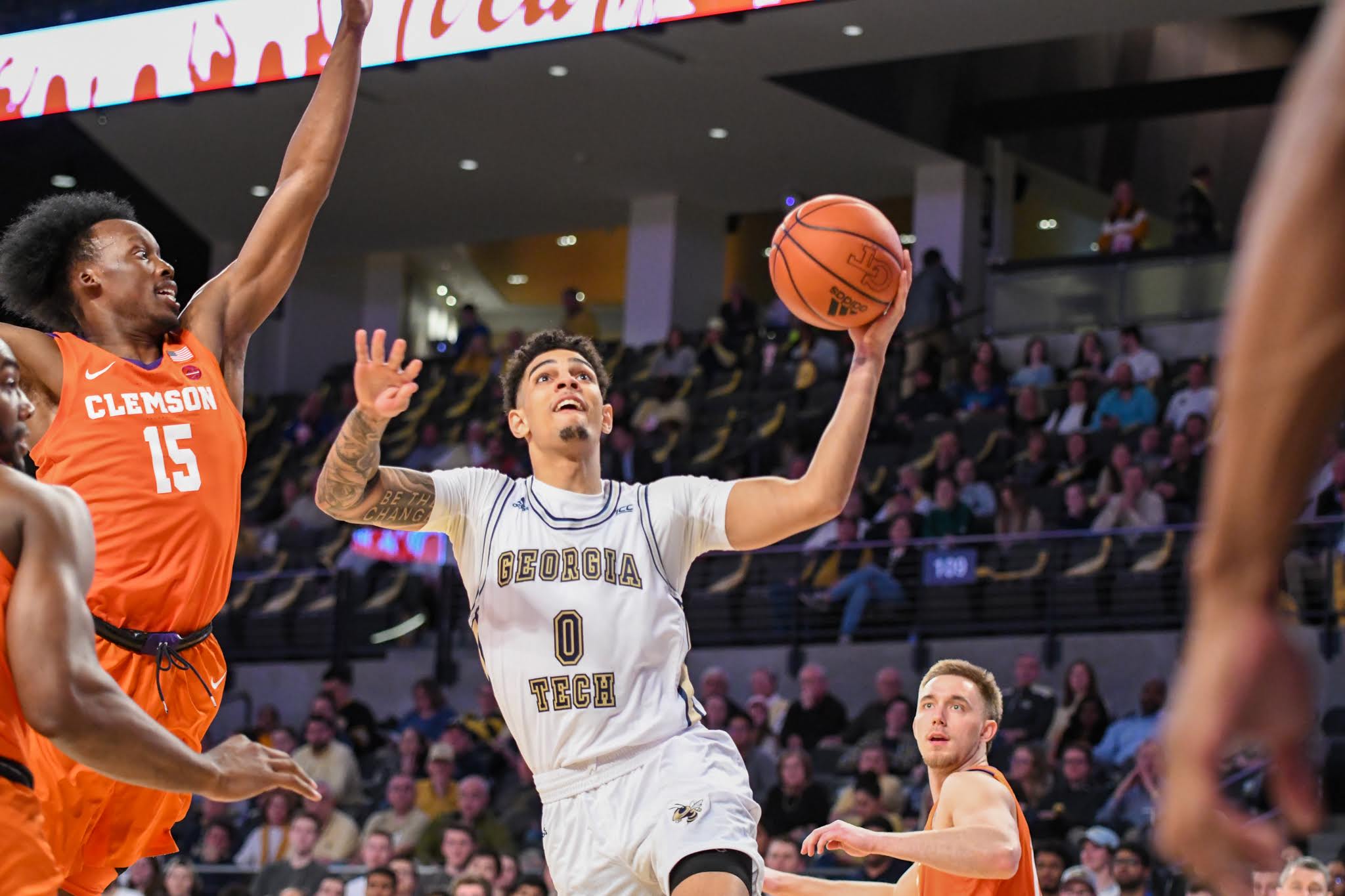 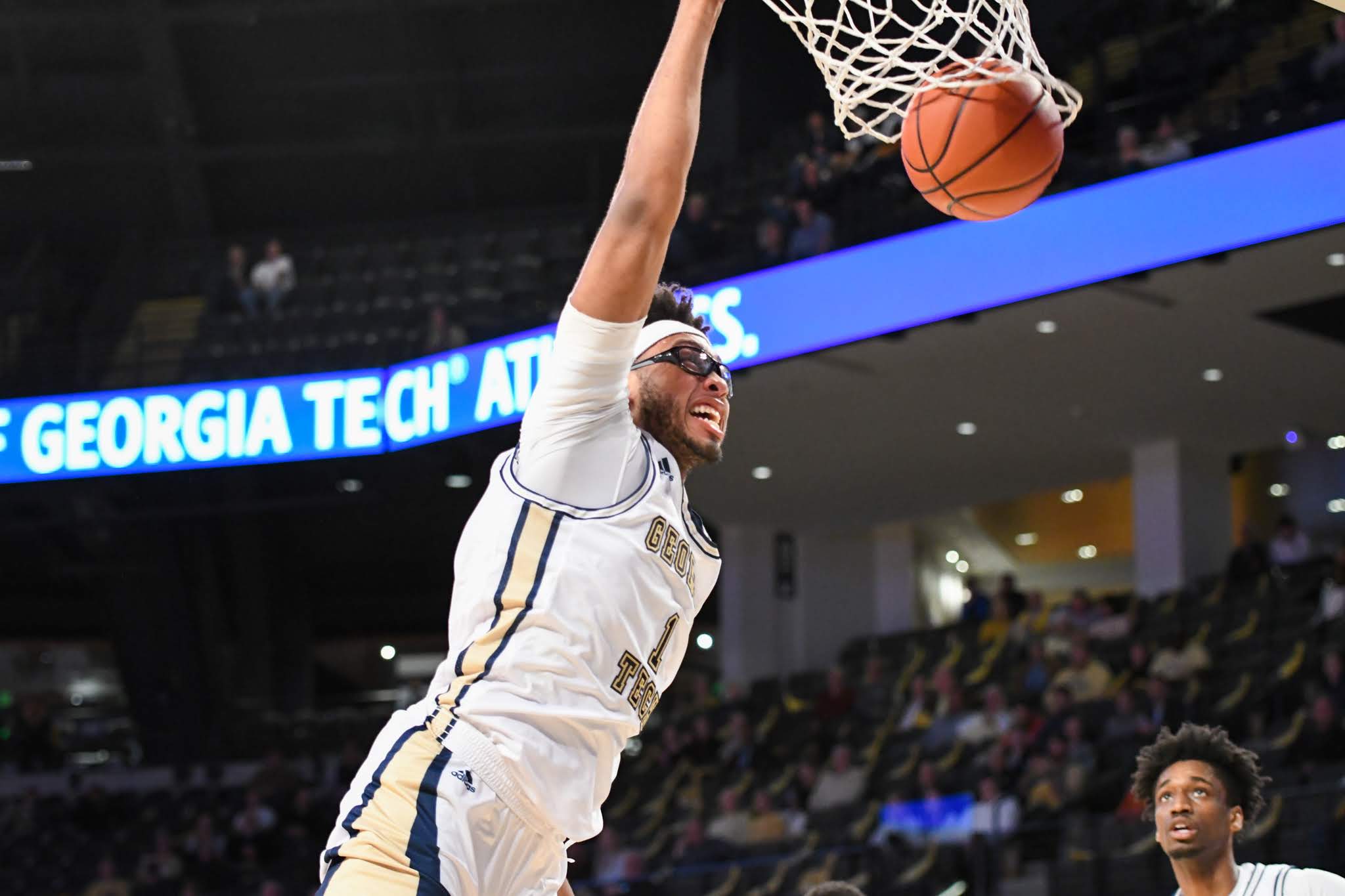 Two thunderous dunks by James Banks sparked a 9-2 Georgia Tech run over the final two minutes of the first half that gave the Yellow Jackets a five-point halftime lead. (photo by Anthony McClellan)